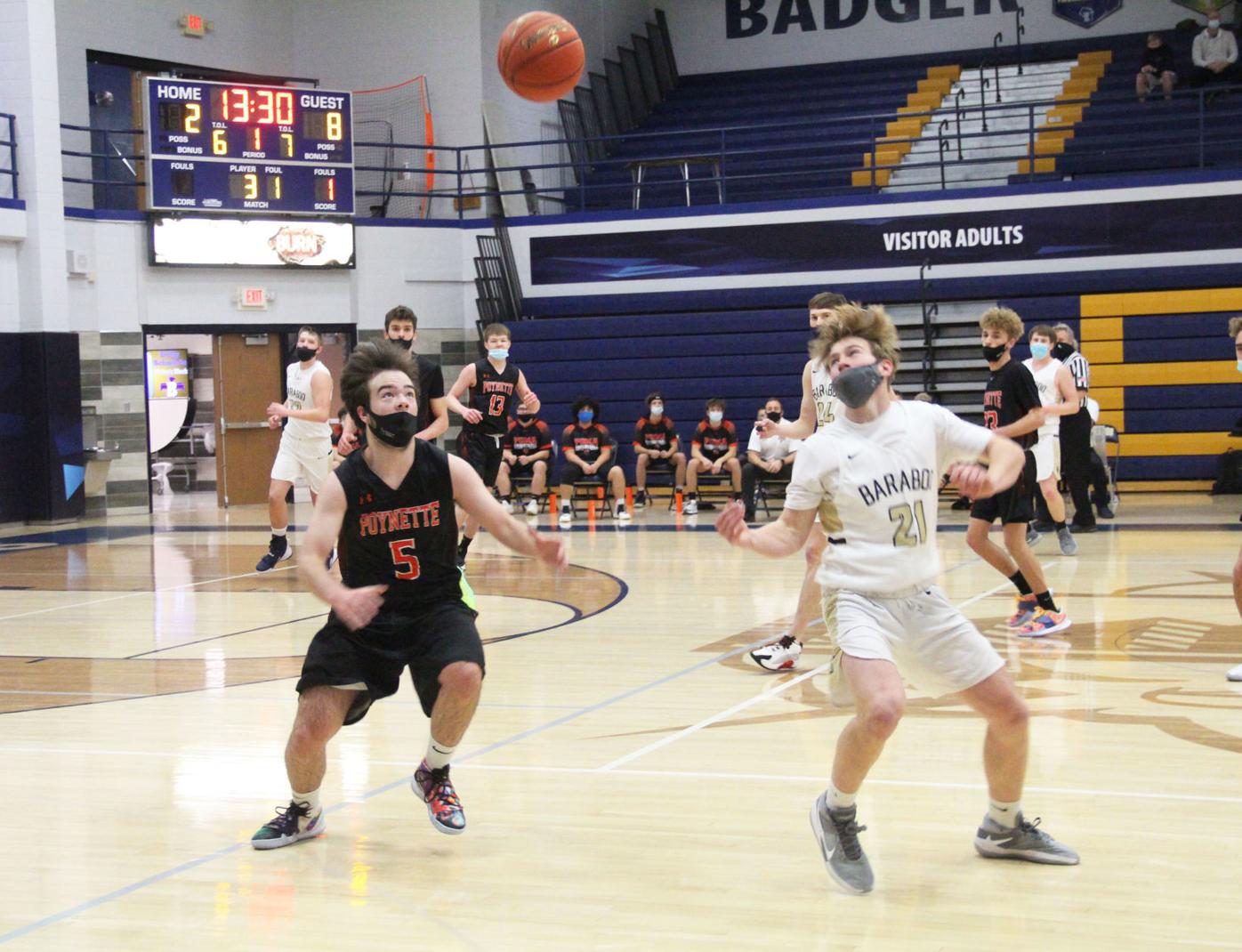 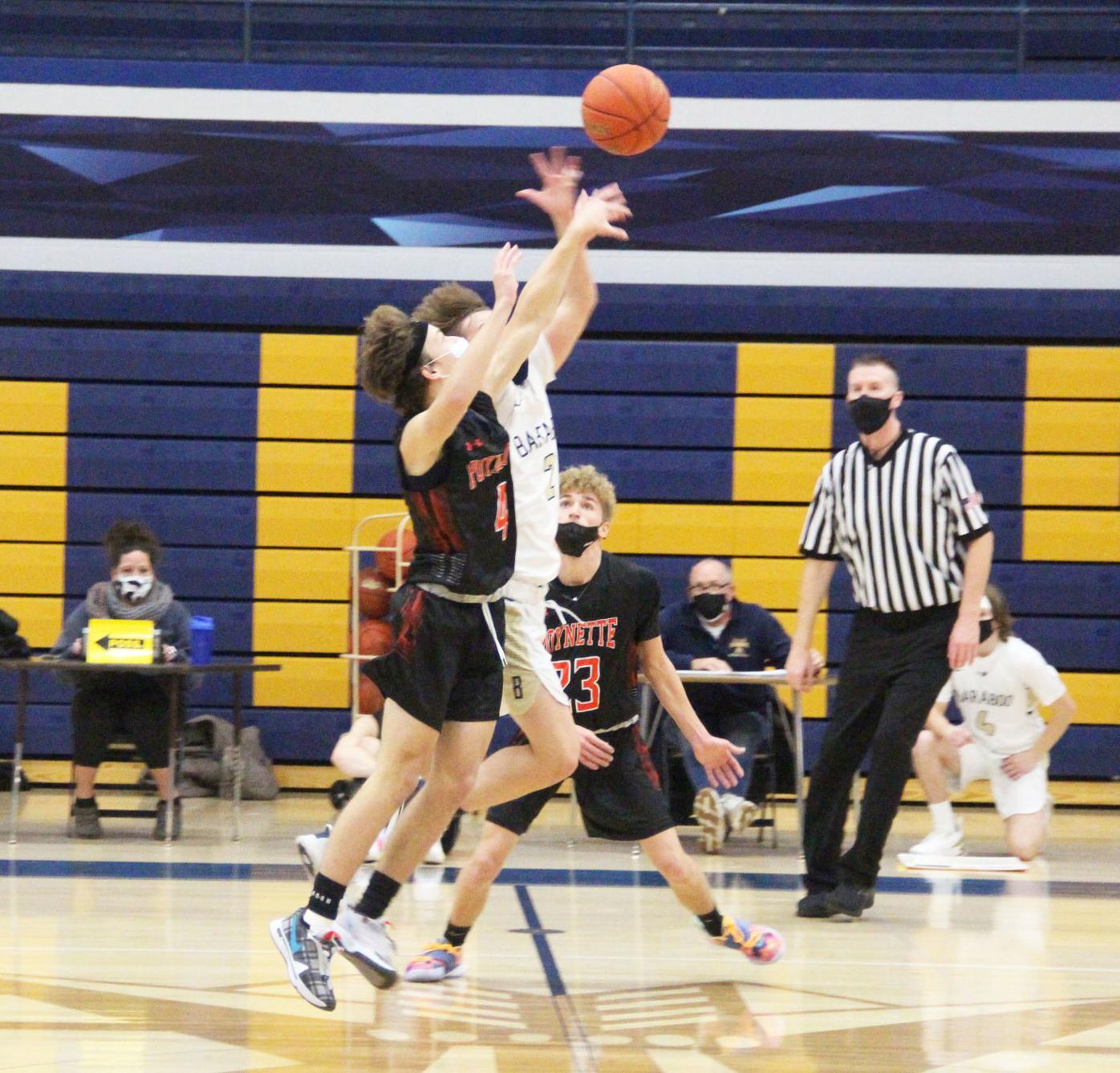 The Pumas’ Brock Chadwick reaches for a ball at midcourt against Baraboo. 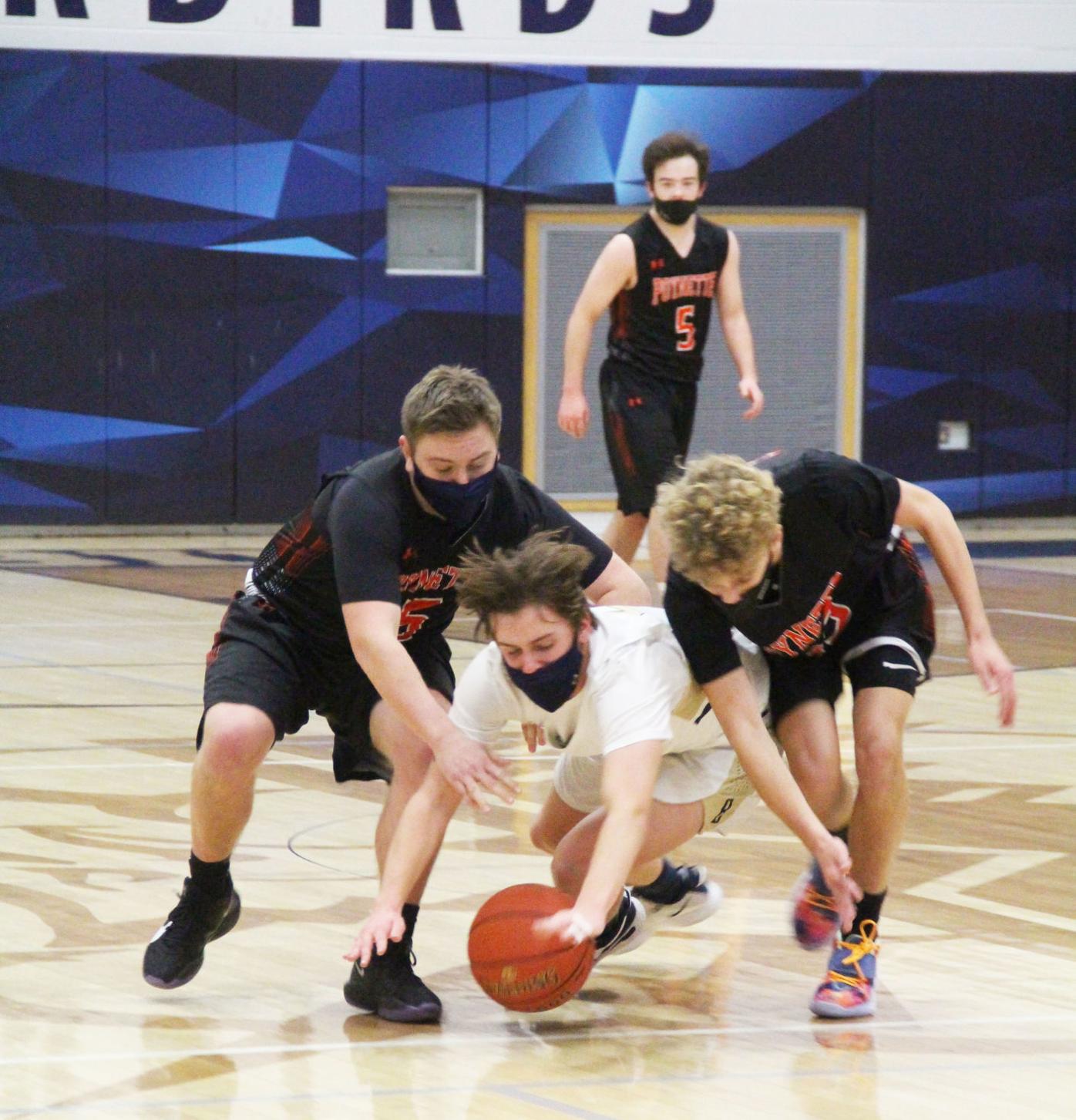 The Pumas’ Brock Chadwick reaches for a ball at midcourt against Baraboo.

After a delayed start to the season, the Poynette boys basketball team is gaining momentum.

In their lone game last week, the Pumas lambasted Baraboo 64-40.

“I thought we really brought our intensity on the defensive end,” Poynette coach Cody Odegaard said. “We had a lot of steals and fast break opportunities. The guys were very active and aggressive. I thought offensively we did a great job of moving without the ball and getting post touches for better scoring opportunities. The team has really bought into our system and has been working extremely hard.”

It is the Pumas’ second straight win over the Thunderbirds. Poynette opened last season with a 65-50 victory.

Poynette has won three straight games to improve to 4-2 overall for the year.

The Pumas could have not asked for a better start to the game. They sprinted out to a 16-4 lead.

The Pumas kept the pressure on the rest of the first half and led 43-14 at halftime.

Baraboo came out strong to start the second half. They used a 10-4 outburst to trim the deficit to 47-24.

Poynette answered with a 9-2 run to put the game away.

Baraboo outscored the Pumas 26-21 in the second half.

The Pumas had a very balanced scoring attack in the win. Nik Feller led the way with 15 points.

Connor and Kelby Petersen combined for 10 steals and nine assists.

Gave McReynolds led the Thunderbirds with 12 points, while Justin Phillip chipped in 11.

Poynette will be at home for its next two games. The Pumas will host Lake Mills on Jan. 14 and New Glarus on Jan. 16. Both games will start at 7:30 p.m.

The Pumas will travel to Wisconsin Dells for a 7 p.m. non-conference game on Jan. 18 and then will return home the following night to host Lodi at 7:30 p.m.