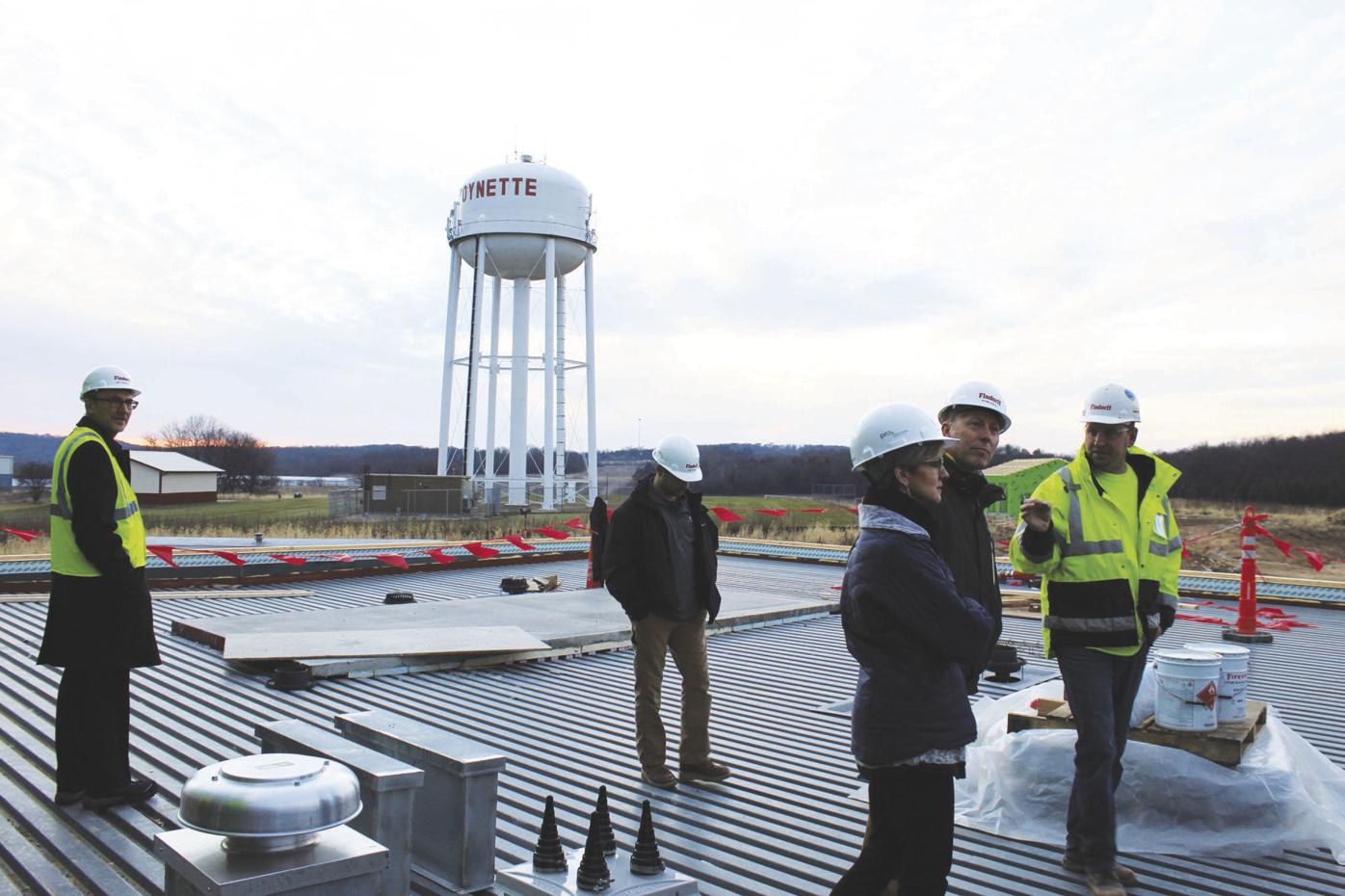 Poynette School Board members toured the new elementary school construction site last week. Here some of them are pictured while checking out the roof of the school with Steve Smith from Findorff and District Administrator Matt Shappell. 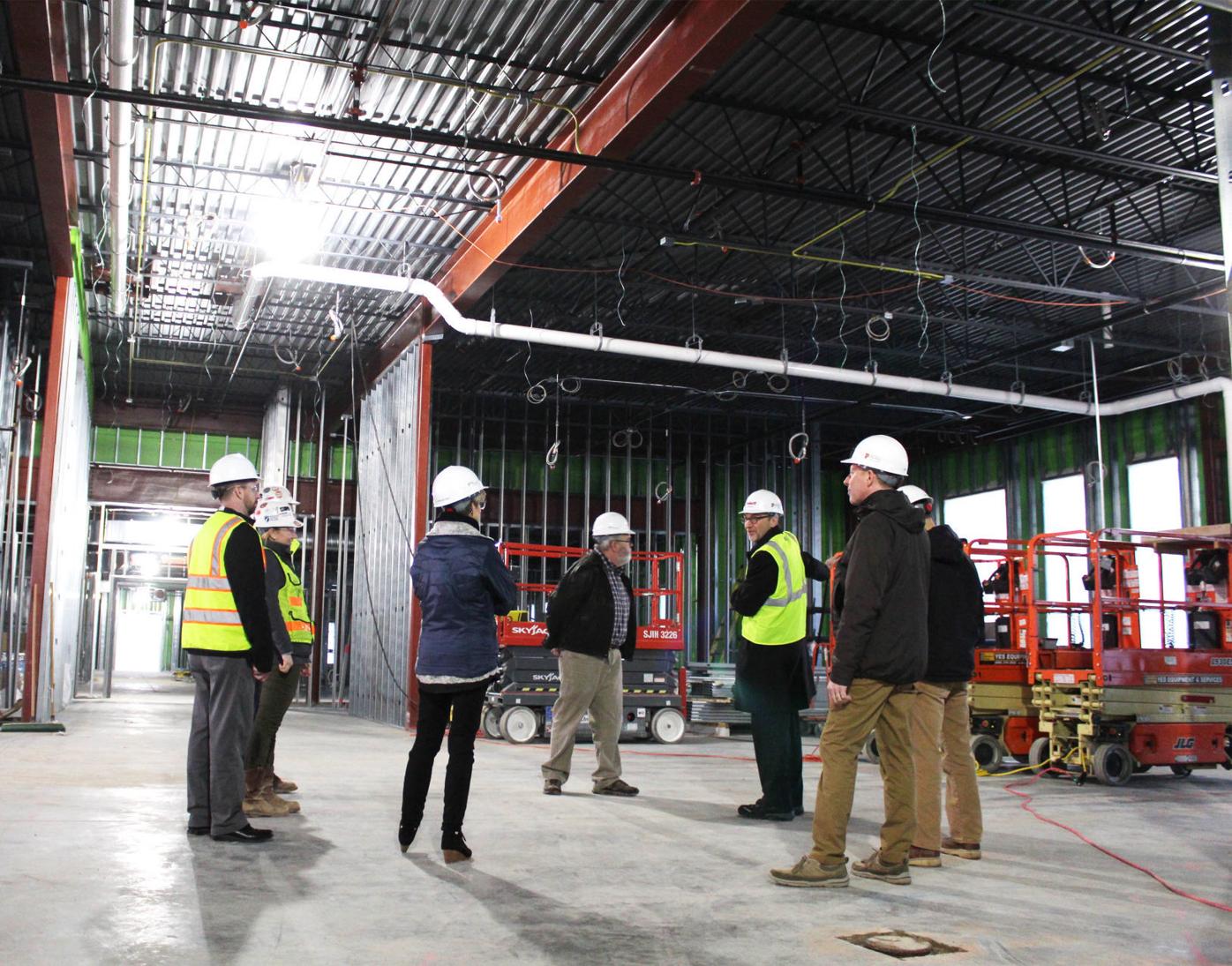 District Administrator Matt Shappell discusses how the new elementary school will look with members of the Poynette School Board. 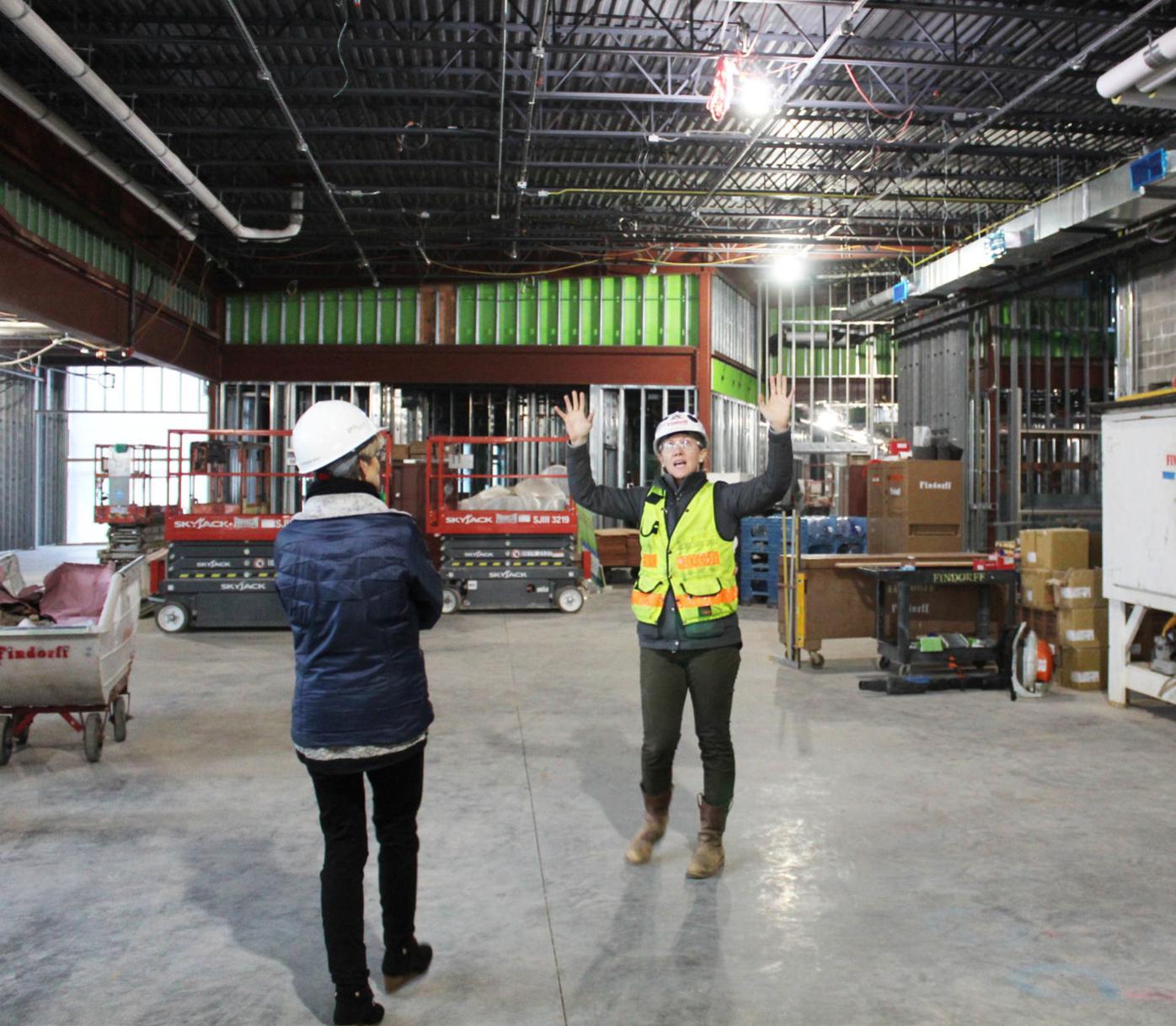 Pictured here: Sara Reeb from Findorff explains the design of the new elementary school's cafeteria during a tour with school board members and administrators on Dec. 5. 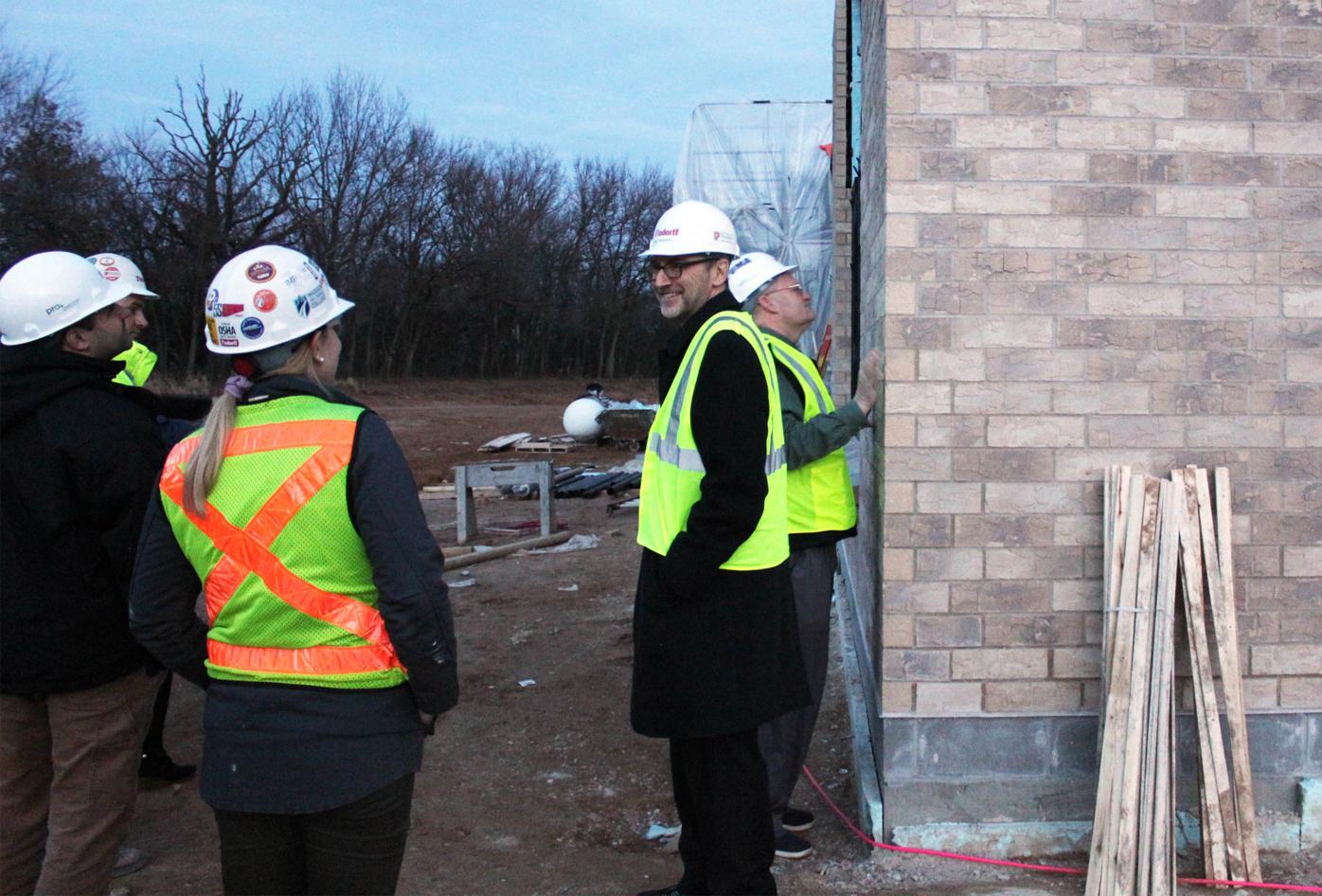 Poynette School Board members toured the new elementary school construction site last week. Here some of them are pictured while checking out the roof of the school with Steve Smith from Findorff and District Administrator Matt Shappell.

District Administrator Matt Shappell discusses how the new elementary school will look with members of the Poynette School Board.

Pictured here: Sara Reeb from Findorff explains the design of the new elementary school's cafeteria during a tour with school board members and administrators on Dec. 5.

Just over a year ago, voters approved a $28,385,000 facilities referendum in order for the Poynette School District to build a new school and complete upgrades and maintenance at other buildings. Last week, school board members and administrators visited the new elementary school construction site.

Over the summer, the shell of Poynette’s new elementary school began taking shape near the village’s fire and EMS department off of West North Street. Now the walls are up, roof portions are being completed and the inside of the building is alive with the humming of tools and activity. According to District Administrator Matt Shappell, construction is ahead of schedule. He said officials are “cautiously optimistic” the work will progress as planned, but they’re also taking into consideration Wisconsin winter weather conditions may factor into the timeline.

Several Poynette School Board members toured the construction site on Dec. 5 along with Shappell and Poynette Elementary School Principal Jay Hausser. Findorff representatives Steve Smith and Sara Reeb, along with Ken Turba from Plunkett Raysich Architects, LLP, led the group through the school.

While on the expedition inside the new building, attendees saw many corners of the soon-to-be school, including the cafeteria, front entrance, classroom spaces and restrooms. They also marveled at the view of the village from atop the school’s roof.

According to Shappell, feedback from the community since construction began has been “all positive” with a lot of anticipation brewing.

“It’s the (school district’s) first brand new building since 1963,” Shappell said. “… This community supported the district many times with additions, which have been great, but this is a generational, educational solution that we’re incredibly excited about.”

District officials hope to have elementary teachers moving into the building sometime in June 2020, with the building opening for students at the start of the 2020-21 school year.

According to an executive summary report about the construction, posted in early November on the district’s website, all structural steel on the new school site has been completed. Sections of the school are being drywalled, some windows have been installed and masonry work is beginning on the backside of the building.

The new elementary school, which will house grades kindergarten through fourth, is estimated to cost $23 million. Also included in the referendum funds is money for security upgrades at Poynette High School and general building improvements district-wide. Additionally, the high school’s tech ed. wing will undergo a transformation to make it into a STEAM (science-technology-engineering-art/agriculture-mathematics) space.

According to Shappell, several projects included in the referendum plans have been completed already. Bathrooms near the district’s athletic fields are just about done; an emergency vehicle access off Lincoln Street has been added; the high school received new rooftop units and had a section of its roof redone. Starting in mid-March, during the district’s spring break, work will begin on the STEAM wing and front entrance at the high school.

Additionally, over the summer, blacktop areas on the district’s campus will be addressed and the current elementary/middle school building will be refreshed and reconfigured, according to Shappell.

“Some of our oldest rooms (in the grades 1-8 building) will be turned into storage,” Shappell said, noting those spaces do not have air conditioning or running water.

The current elementary/middle school, which will only house students in grades 5-8 come next year, will also see a cafeteria expansion and “basic backbone” changes, like new flooring and ceiling tiles, according to Shappell.

“People will be able to see a difference when they walk through those buildings and come on our campus,” Shappell said.

The Arlington Early Learning Center will be taken offline after the 2019-20 school year wraps up. Although the school board is still in discussions about what will happen with the building, it will not be used at all next year, according to Shappell.

The process leading up to the $28 million referendum began over two years ago. The district formed a Community Advisory Committee (CAC) in October of 2017 to study potential facility options for the district. Since then, many community members, district staff and outside partners have been critical to the plans, according to Shappell.

“From administration’s point of view, I think we’re just eternally grateful to the community that they provided this opportunity for the students,” Shappell said. “… We never want to forget where we came from and what got us here, but we’re also squarely aimed toward the future.”