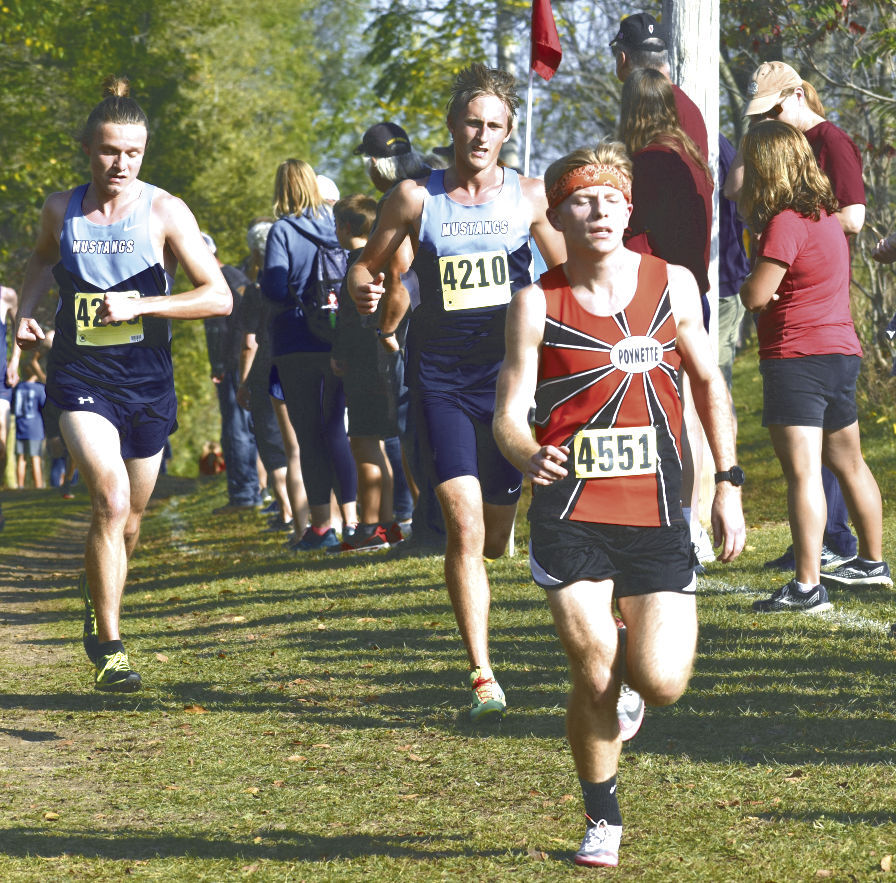 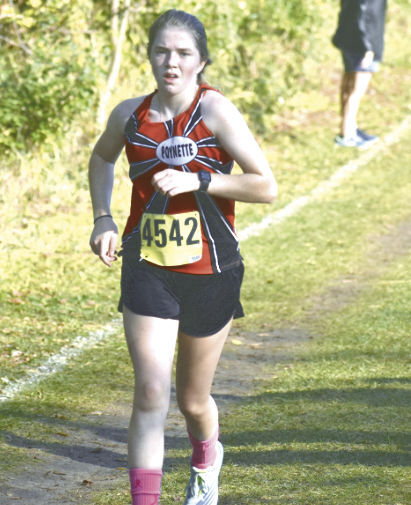 Morgan Small was one of Poynette’s scoring runners as the Puma girls took second in the small schools division at the Albany Invite.

Morgan Small was one of Poynette’s scoring runners as the Puma girls took second in the small schools division at the Albany Invite.

“The meet is a nice prelude to our championship meets coming up as it presents a very competitive atmosphere,” said Pumas Head Coach Kevin Frehner. “There were 27 schools at the meet, broken into two divisions based on enrollment. We were in the smaller division with 14 other schools.”

Three of the four teams Poynette sent to Albany won the small schools division. Frehner said it “made for an impressive start to October for us.”

As of last week’s state rankings, the Poynette boys are sixth in Division 3 and the girls sit at 13th.

Up next for Poynette is the Capitol Conference meet on Saturday. It will be hosted by Watertown Luther Prep at Brandt Quirk Park.

The Poynette varsity girls kicked things off with a second-place finish, earning a team plaque. Only Albany, currently ranked third in the state, ended up ahead of the Pumas.

“This was a surprising team finish for us, as we did not have a single individual medalist,” said Frehner. “We did, however, have nice pack running, which is very helpful to team success.”

Freshman Olivia Regan was Poynette’s lead runner for the first time and ran an outstanding race, according to Frehner.

“She was not fazed by the competition and also ran with great confidence,” he Frehner. “Olivia showed no hesitation in passing some girls on our team who she had not passed before. That confidence will be of great value to her and our team the rest of the way.”

The Poynette junior varsity girls were the top small division team and sixth overall out of all 27 schools, according to Frehner.

“Mae Larson ran a very confident and determined race, much like Olivia,” said Frehner. “She had been keying off of other girls up until this point in our season but took the lead on Saturday and never looked back. She was the first small division runner in the JV race. Emma McGlynn and Maddie Lee also had top 10 finished amongst the small division runners. Finally, Isabella Morales ran her most determined race of the season which led to her best performance.”

Billed as a showdown between Poynette and state-ranked Albany, the Pumas won the small division by more than 40 points.

Tucker Johnson again led the way with a second-place finish and an individual medal, running a time of 17:20. Trent Chadwick placed fourth in 17:51 and Trent Sickenberger (18:24) was 12th place, as they both earned medals for their performances. Senior Austin Kruger (18:52) just missed a medal with his 16th place finish, according to Frehner.

“Those four senior boys have been outstanding all season in leading our group, and that did not change on Saturday,” said Frehner. “Lucas Prince, Carter Hansen, and Tanis Crawford all worked together well over the second half of the difficult course to bring home the victory against Albany and a strong Clinton team.”

Frehner said the JV boys rounded out the day with a top showing in the small division and third place overall out of the 27 schools. Brady Wentz, Isaiah Gauer, and Garret Johnson all earned medals for being in the top 10 overall runners in the JV race. All three were in the top five runners from the small division.

“Wyatt McLaughlin ran one of his better races, as well, remaining competitive throughout the race,” said Frehner.