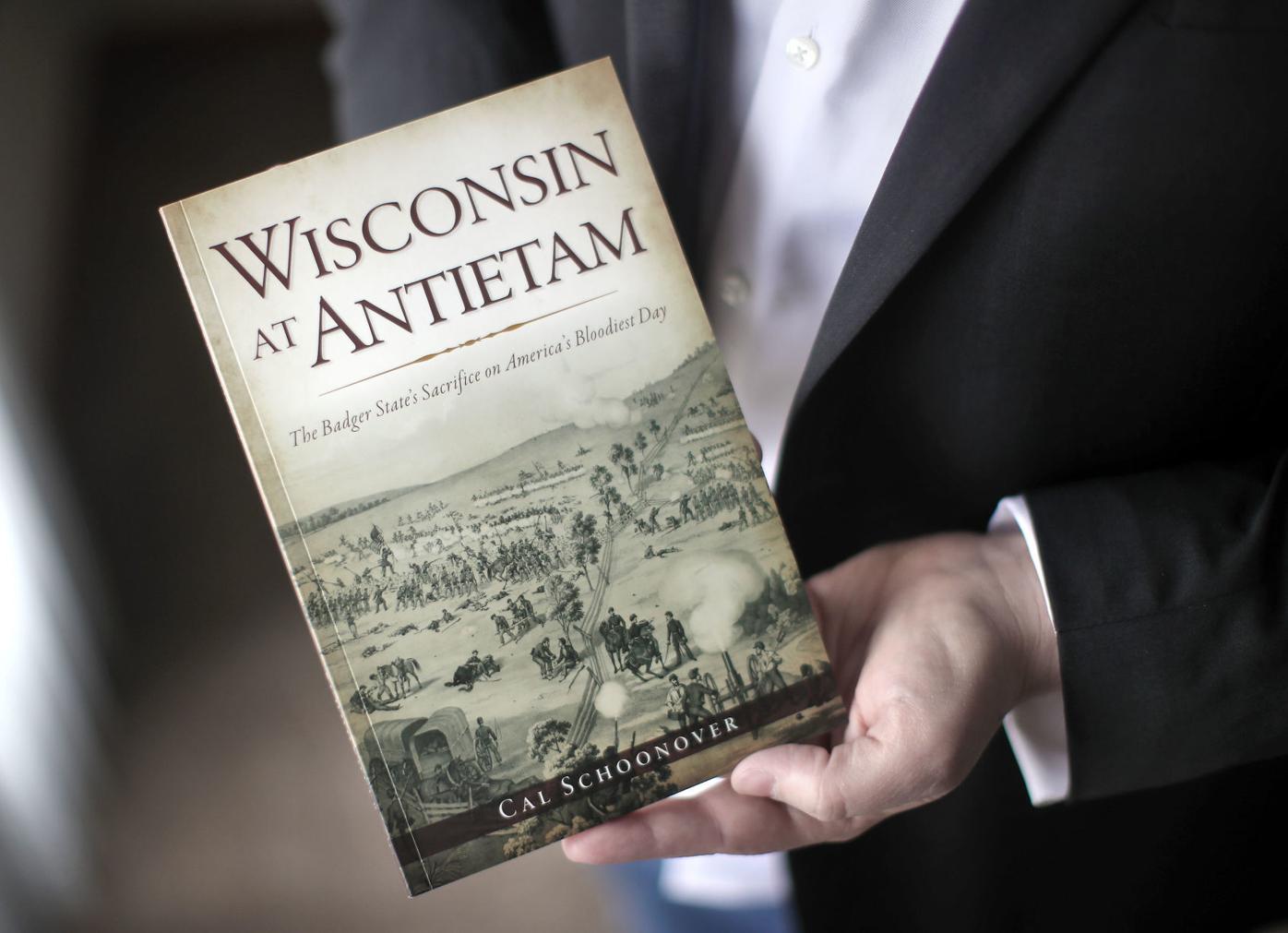 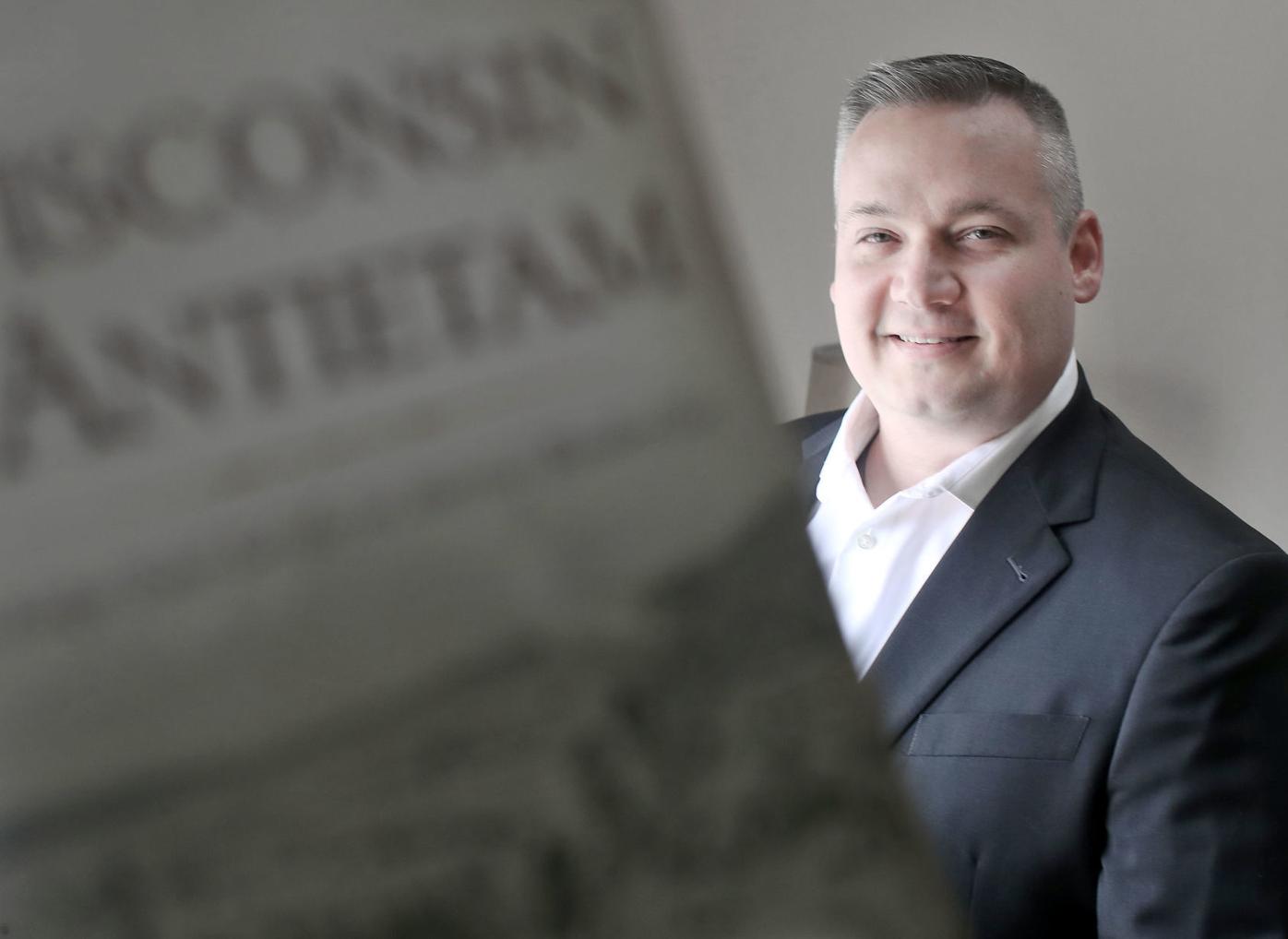 Cal Schoonover has warm memories of watching historical documentaries on TV with his dad, Jim.

“We always watched the History Channel together,” Schoonover said. “It was a passion of ours.”

Included among the programs they enjoyed was the award-winning drama “The Civil War” by Ken Burns.

Schoonover, who was 10, watched every minute of the 1990 miniseries that aired on PBS for five consecutive nights.

Today, at 41, the Janesville man still has an intense interest in history and in the people who made it.

A few years ago, Schoonover visited the Civil War battlefield of Antietam, near Sharpsburg, Maryland.

In the course of a single day, some 23,000 men died, were wounded or went missing, making it the bloodiest battle in American history.

As he walked, Schoonover noticed something disturbing.

“There is not one marker that relates to Wisconsin’s role in the battle,” he said. “Wisconsin soldiers played such a crucial role, and they suffered horribly, but they don’t have a lot of recognition.”

Schoonover thought their story needed to be told more clearly than other historians have explained it.

The result is his new book, “Wisconsin at Antietam: The Badger State’s Sacrifice on America’s Bloodiest Day.”

Published by Arcadia Publishing and The History Press, the 127-page book does not cover the entire battle, only the parts fought in by Wisconsin soldiers.

“With the focus normally on Gettysburg by many history buffs from around the world, I thought it best to add a volume to the less-crowded field of the Maryland Campaign of 1862,” Schoonover said.

He read old letters and diary entries as well as newspaper accounts and archival material at the Antietam battlefield, the Wisconsin State Historical Society and the Wisconsin Veterans Museum.

“I have lived with the men of the 2nd, 3rd, 6th and 7th Wisconsin,” Schoonover said, explaining how he immersed himself in firsthand accounts and called them “the most important pieces of evidence any historian can find…”

A few soldiers wrote about being shot, crawling to the back of the line and seeing their comrades fall.

“Soldiers were trained to march in a line toward the enemy, fire a round and let the line behind them move forward,” Schoonover said. “The tactics were outdated, and many soldiers were blown away. It was a bloodbath for both sides. There wasn’t much cover to hide, which contributed to the high cost of life.”

People tend to get a lot of information about the Civil War from books.

“But when you actually do the firsthand research, you have a deeper understanding of how the war impacted everyday people,” Schoonover said.

He doesn’t think “we as a society appreciate the sacrifices our guys went through at the time. It was American vs. American.”

Schoonover, who works for the state, has undergraduate and graduate degrees in history and is pursuing a doctorate at Northern Illinois University, also in history.

He hopes to pass on his love of the past to his son, James, who accompanied him to Maryland to do research.

“It was a special moment in my life to take him to the Hallowed Grounds where so many men fought bravely,” Schoonover said, “and gave their lives.”