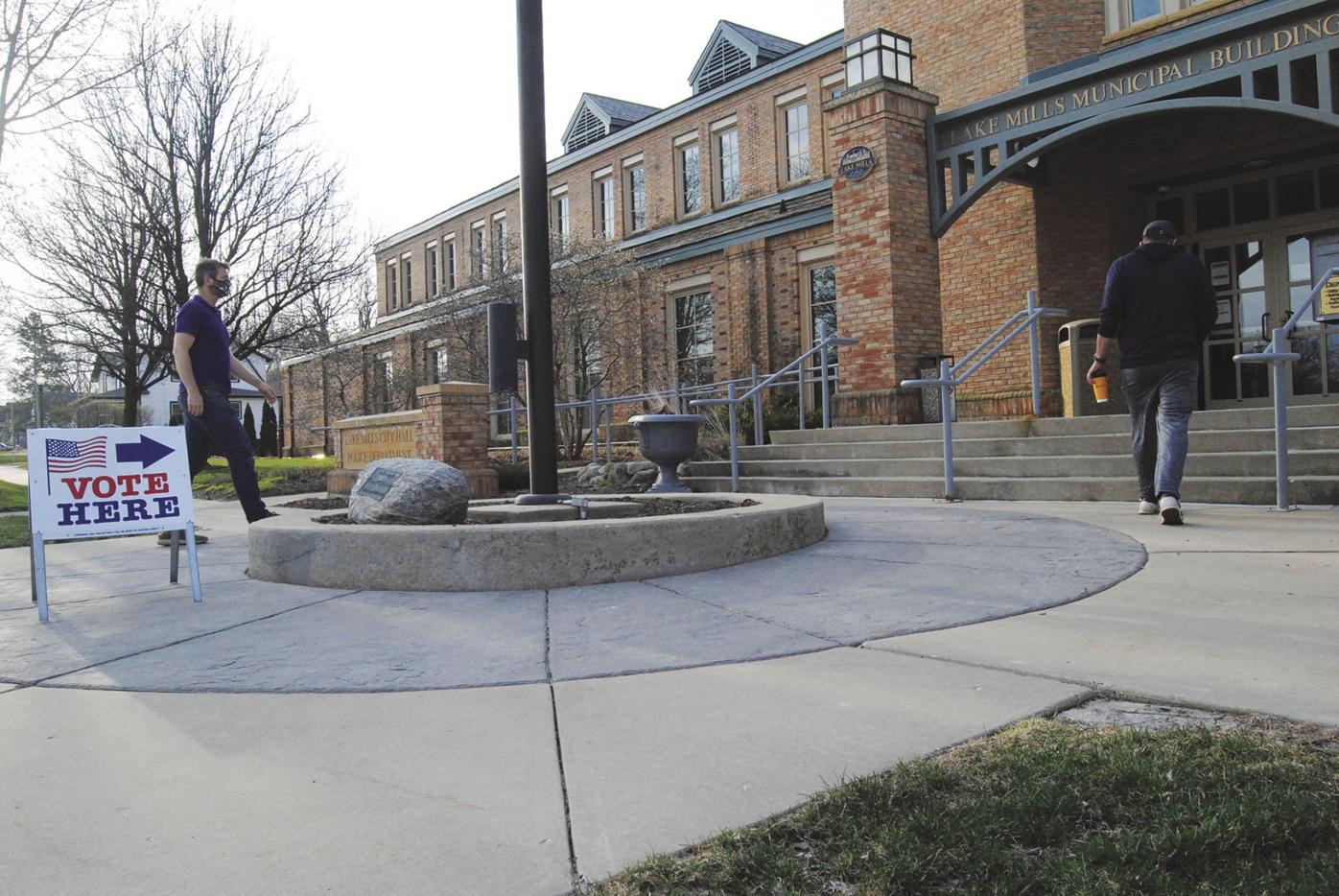 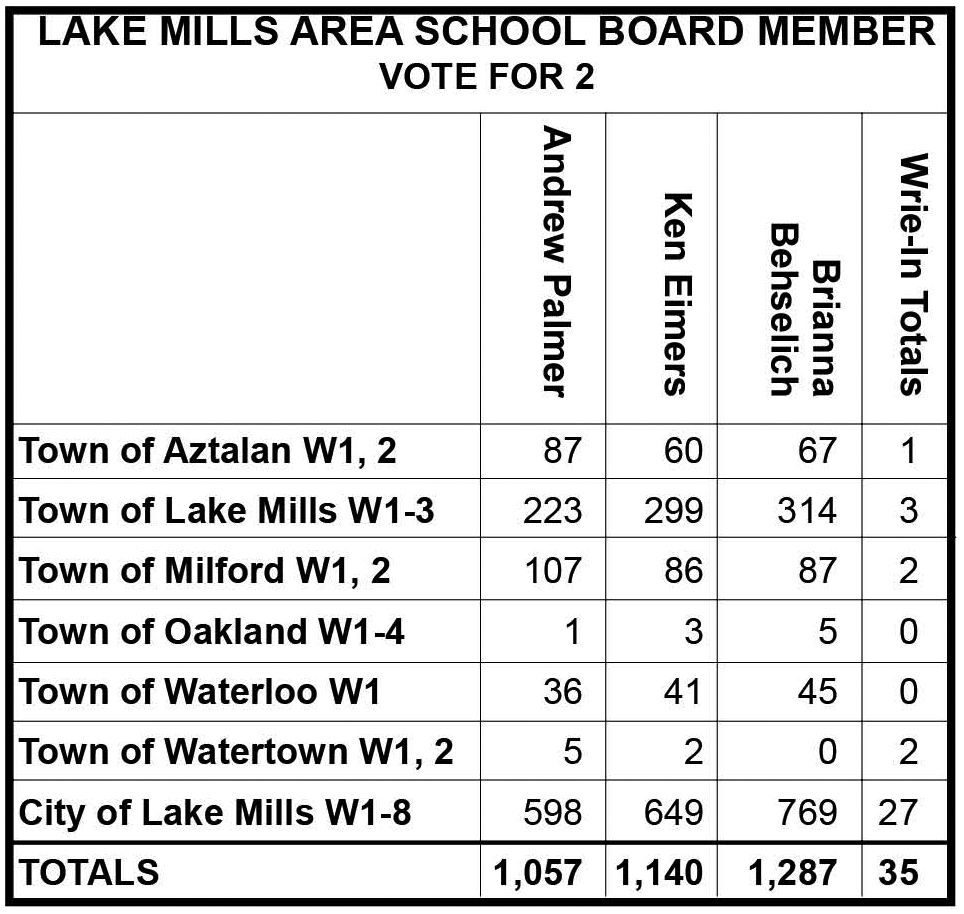 In an upset, the only current incumbent on the Lake Mills City Council was defeated in his bid for re-election. Newcomer Catherine Bishop defeated Michael Foster with 699 votes to Foster’s 522 votes.

The remainder of the council had been appointed by the council over the last several months due to council member resignations. Steve Fields, who was appointed last month, served on the council before his resignation due to moving last year.

Tom Buechel won his write-in campaign for the chairperson position in the Town of Lake Mills with 149 votes to Brian Benisch’s 137 votes.

A referendum to borrow up to $3.21 million for an addition and remodeling of the Cambridge Fire and EMS building passed in the township of Lake Mills 346 to 269 votes. The referendum failed in Cambridge, Oakland and Christiana.

In the Town of Milford, Steven Kube won the chairperson spot with 136 votes to Matthew Kaminski’s 134.