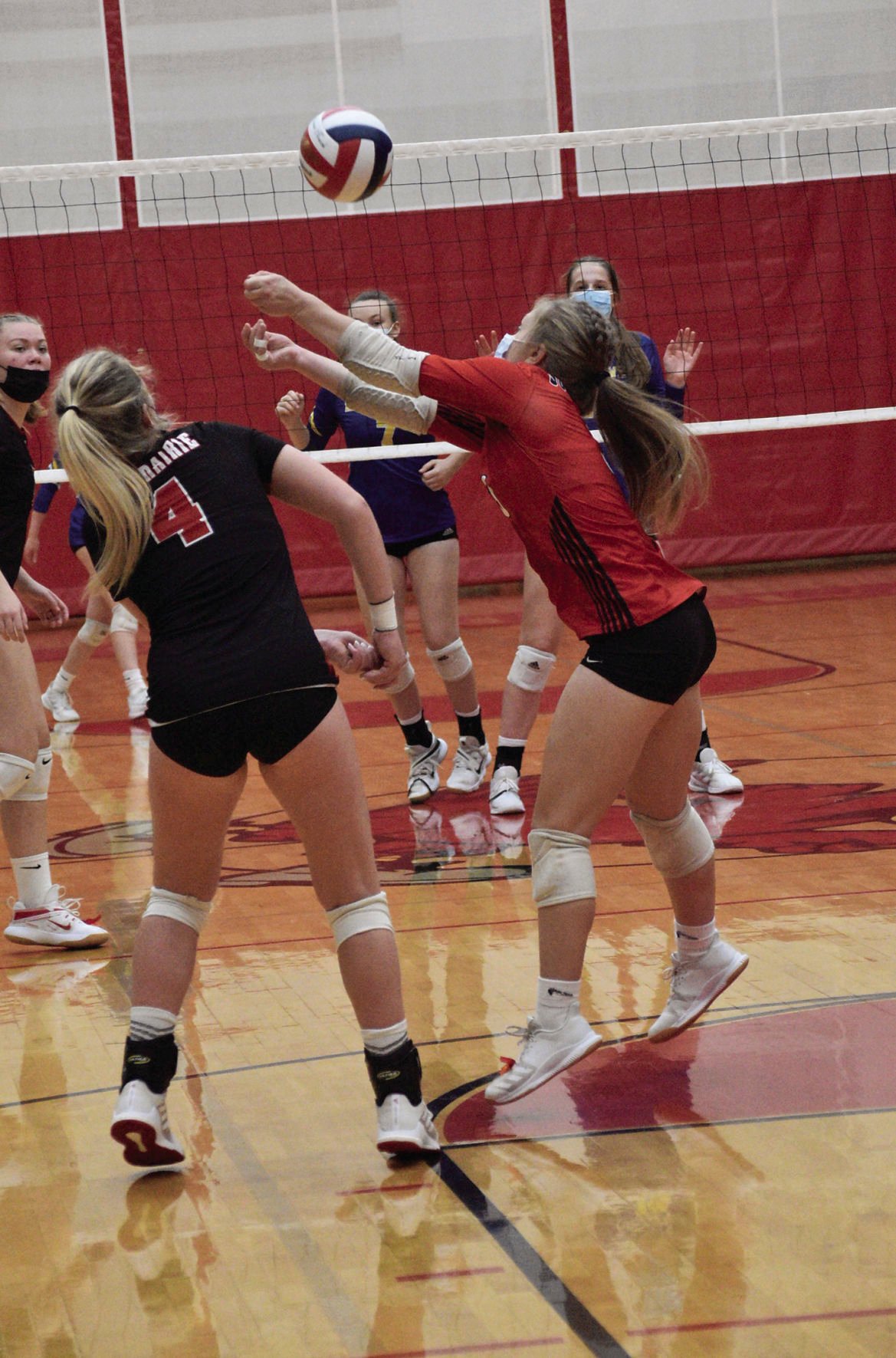 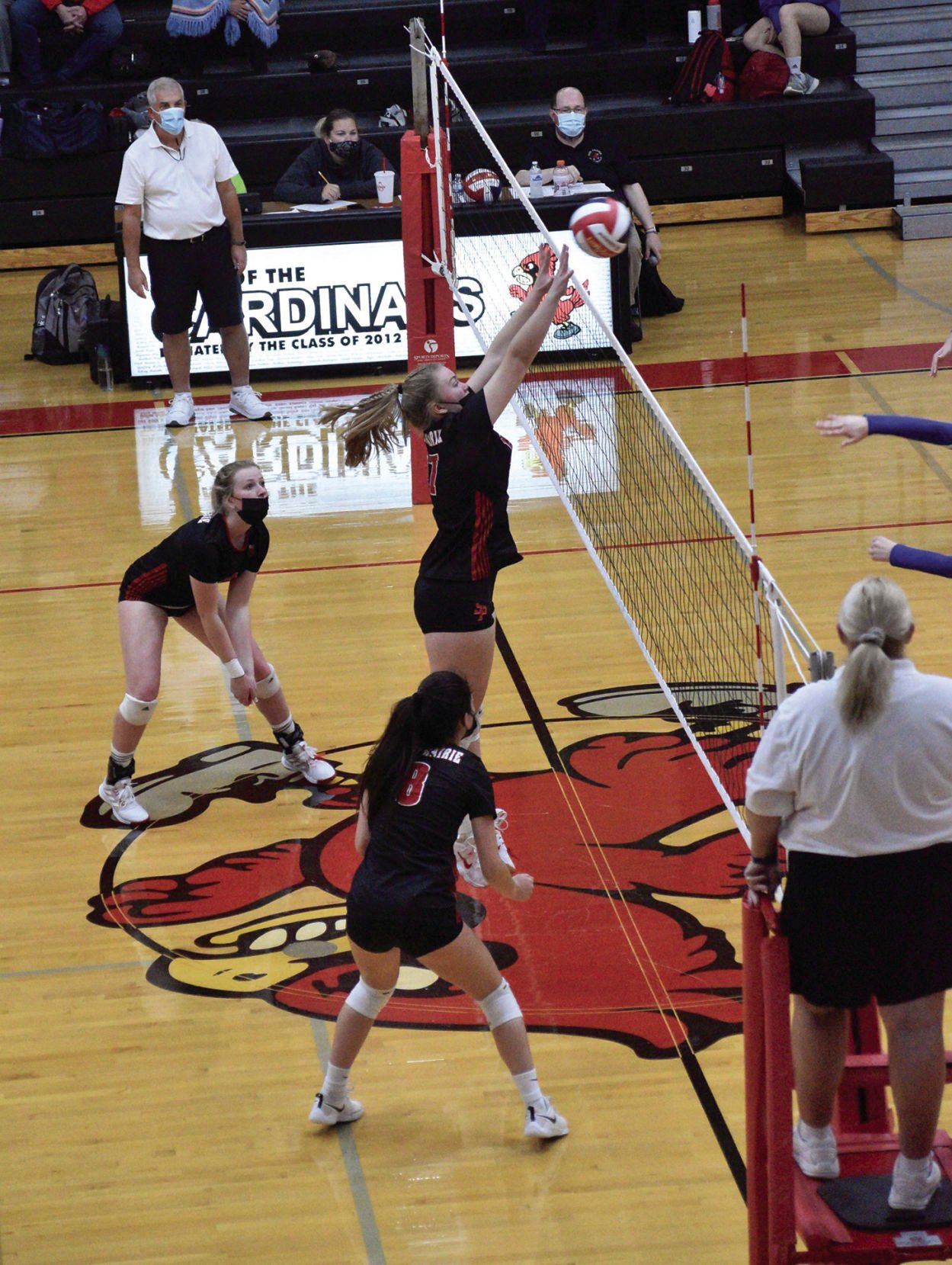 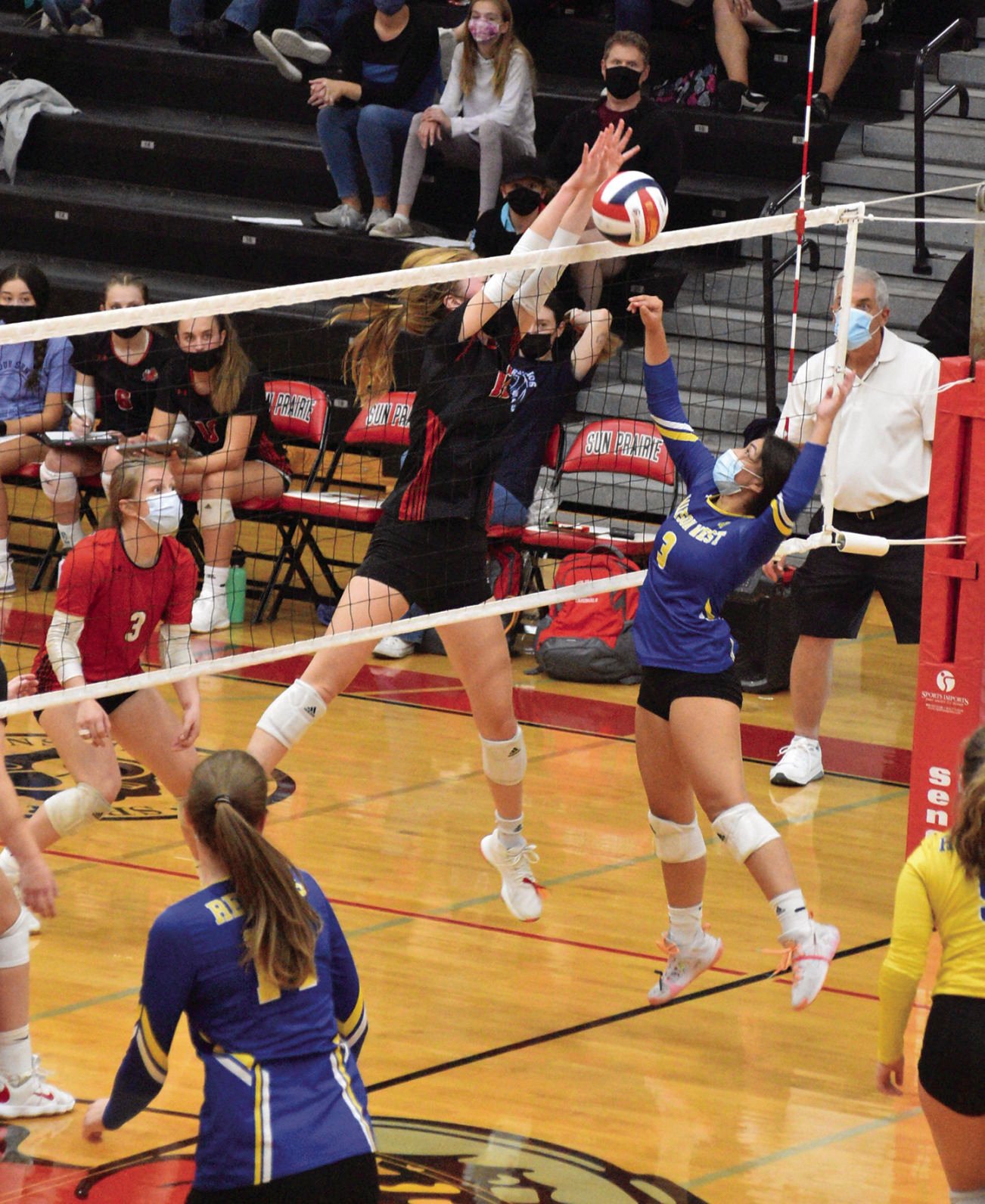 This was the final game in Sun Prairie’s gym for more than just the graduating seniors, though. Next season, Sun Prairie will be split into East and West and, with it, the student body. There will undoubtedly be freshmen, sophomore, and junior members of this team that will be relocated to the West campus and, thus, have played their last home game at Sun Prairie High School.

It was an emotional scene leading up to the game as underclassmen read off testimonials of the seniors’ hard work, dedication, and leadership in their time with the program.

“We couldn’t have asked for a better first group,” first-year co-head coach Bryttany Dove said. “Today, we were often able to have all six seniors on the court. It was pretty awesome and a great win.”

After the festivities had subsided, there was still a volleyball game to be played against Madison West. Early in the first set, it looked like the Cardinals had forgotten that.

Naturally, Sun Prairie opted to go with only seniors in the starting lineup for most of this match. Whether they were still emotional from the preceding events or simply not focused on playing, the Cardinals came out flat.

The Regents scored seven straight points to start the first set. Madison West’s Izzy Stewart-Adams served up four aces in that span as Sun Prairie looked utterly lost. For a moment, it looked like senior night could be spoiled by some poor play.

“Emotional start and we weren’t picking up short balls in serve/receive” Sun Prairie co-head coach Alivia Holman said. “But, we figured it out and did what we needed to do.”

While it was the seniors’ day to shine, it was a junior that put the game back on track for Sun Prairie. Middle hitter Avree Antony was subbed into the game as the Cardinals floundered, trailing 4-11. Her presence was felt immediately as she recorded two quick kills and a block to turn the tides. In no time, Sun Prairie tied the game at 14.

This comeback effort was also greatly aided by myriad mistakes from Madison West. The Regents couldn’t get out of their own way in what should have been an easy win in the first set. Swings nearly always seemed to end up in the net as the Cardinals rocketed past their score.

Down the stretch, Anderson pushed the Cardinals to the win. She provided a block, an ace, and a kill as Sun Prairie completed the comeback, 25-17.

In the second set, it was the Cardinals that came out hot. They totally flipped the script, scoring the first six points as Schellpfeffer was serving out of her mind. A few mental mistakes from Sun Prairie were the only points Madison West could muster as the lead quickly grew to 14-4.

From there, it was a block party. Sun Prairie was the far taller team and it used that to its advantage. Madison West would send weak kill attempts over the net which front row players like Anderson, Roling, and Antony ate up. More and more mental mistakes from Madison West spelled its demise as Sun Prairie coasted to a 25-9 win to go up 2-0 for the match.

The senior group was showing fantastic chemistry and communication. There was a calm demeanor about them, their familiarity with one another made it easy to let Madison West beat itself. This trend only continued in the third set.

The Cardinals came out hot once again, led early by Roling with a kill and an ace. This was another quick one. Krah and Roling were absolutely hammering kills as the Regents could only stand and watch them crash to the hardwood. Outstanding service from Wirtz-Olsen and Schellpfeffer put Madison West in some compromising positions as Sun Prairie rolled. The Cardinals roared to a 25-12 win, winning the match 3-0 and erasing all memory of that tough start.

Roling led the team in kills with 10 while Schellpfeffer added 20 assists. Schellpfeffer also led the way from the service line with three aces. Defensively, Roling was the star again as she contributed 10 digs. Anderson made her presence felt in the front row with two blocks.

The win brings an end to the regular season for Sun Prairie. Now, it’s on to the postseason. Saturday, Oct. 16 is the conference meet at Beloit Memorial High School. The Cardinals should get a decent seed in the tournament thanks to a 5-4 record in conference play.