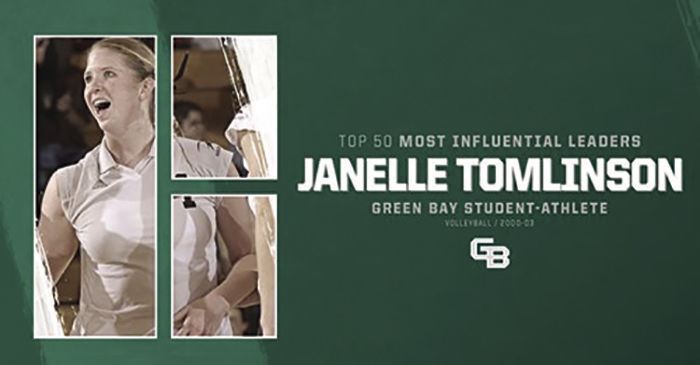 Sun Prairie assistant volleyball coach and teacher Janelle (Tomlinson) Richard was named one of the 50 Most Influential Leaders in University of Wisconsin Green Bay Athletics history. 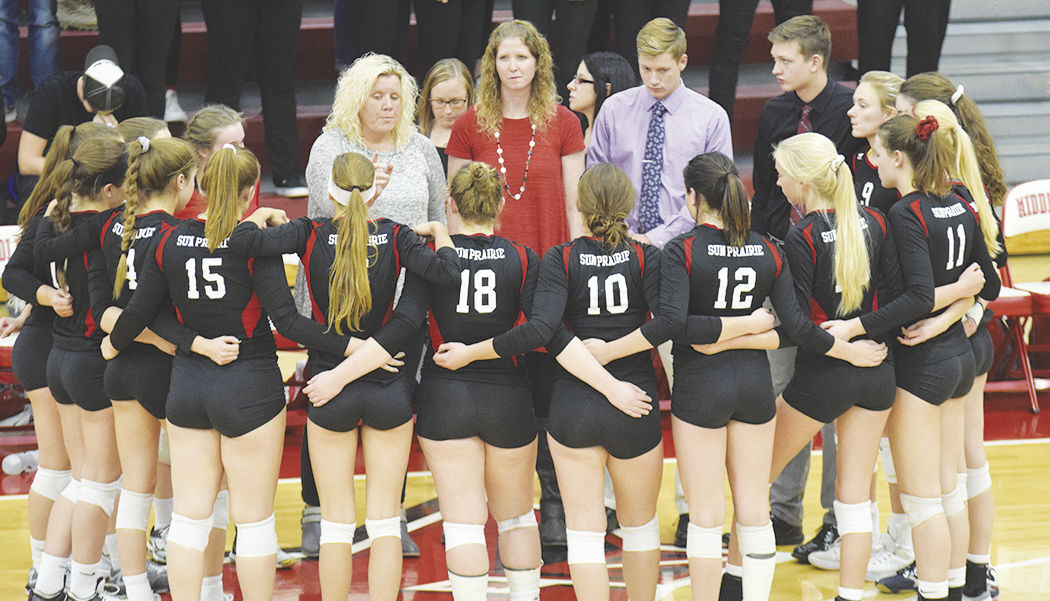 Sun Prairie assistant volleyball coach and teacher Janelle (Tomlinson) Richard was named one of the 50 Most Influential Leaders in University of Wisconsin Green Bay Athletics history.

Janelle Richard has made an impact in the Sun Prairie Area School District, both in the classroom and in athletics. That’s why it’s no surprise that she was named one of the 50 Most Influential Leaders in University of Wisconsin Green Bay Athletics history.

With input from past and present administrators, staff, coaches, student-athletes, University communications staff and community members, the Athletic Department is releasing a list of the “Top 50 Most Influential Leaders in Green Bay Athletics History” as a way to commemorate the occasion.

“This honor is special because it highlights Green Bay volleyball; I appreciate and am proud of any recognition of this great volleyball program,” said Richard.

One of her proudest achievements, however, was on a team level when she helped guide the program to its first-ever NCAA Division I tournament appearance in 2002.

She continues to be an advocate for the sport and program, as both a coach and active alumnae.

Janelle (Tomlinson) Richard was inducted into the Green Bay Phoenix Hall of Fame in 2008.

“The Hall of Fame was an incredible experience because my teammates were there, my coaches and family were there. I can never take away from how special that moment was,” Richard recalled.

After graduating from UW-GB with a bachelor’s degree in science and human biology, Richard continued her volleyball career playing professionally in Finland for one year.

Richard began her coaching career in Alaska, and after five years returned to Wisconsin, but that would be short-lived.

“I followed a friend to North Dakota State after their coach resigned in the middle of the season. I was the assistant coach for the rest of that year and it was super awesome, but it was a hard situation trying to navigate a team that essentially lost their head coach and we were new coming in.

“We actually made it to the NCAA tournament, which was cool.”

She was hired by the Sun Prairie Area School District in 2013, and two years later joined the volleyball coaching staff.

Since her arrival, the Cardinals have qualified for the WIAA state tournament four times, including the last two seasons where they played in the very arena that Richard starred in, the Resch Center in Green Bay.

“We are all so lucky to have somebody with her knowledge, her love of the game and her love of helping others. That’s truly it,” said Sun Prairie volleyball head coach TJ Rantala. “She brings in a ton of different experiences, from high school to college to her professional days, her passion for the sport is beneficial to our program.”

Rantala and Richard believed they had another state-caliber team, but due to COVID-19 and the Big Eight Conference’s decision to move fall sports to the spring, they’ll have to wait to be with their team until March 2021.

“I was so excited for this group of girls, they have played together for a long time and have set high goals for themselves; it’s sad to see them having to navigate through something like this,” said Richard. “They’re very strong people, and they have great parents as role models that will help them get through it.”

Richard and her husband, Matthew, have two children, Jett and Jax.

“This honor is special because it highlights Green Bay volleyball; I appreciate and am proud of any recognition of this great volleyball program."