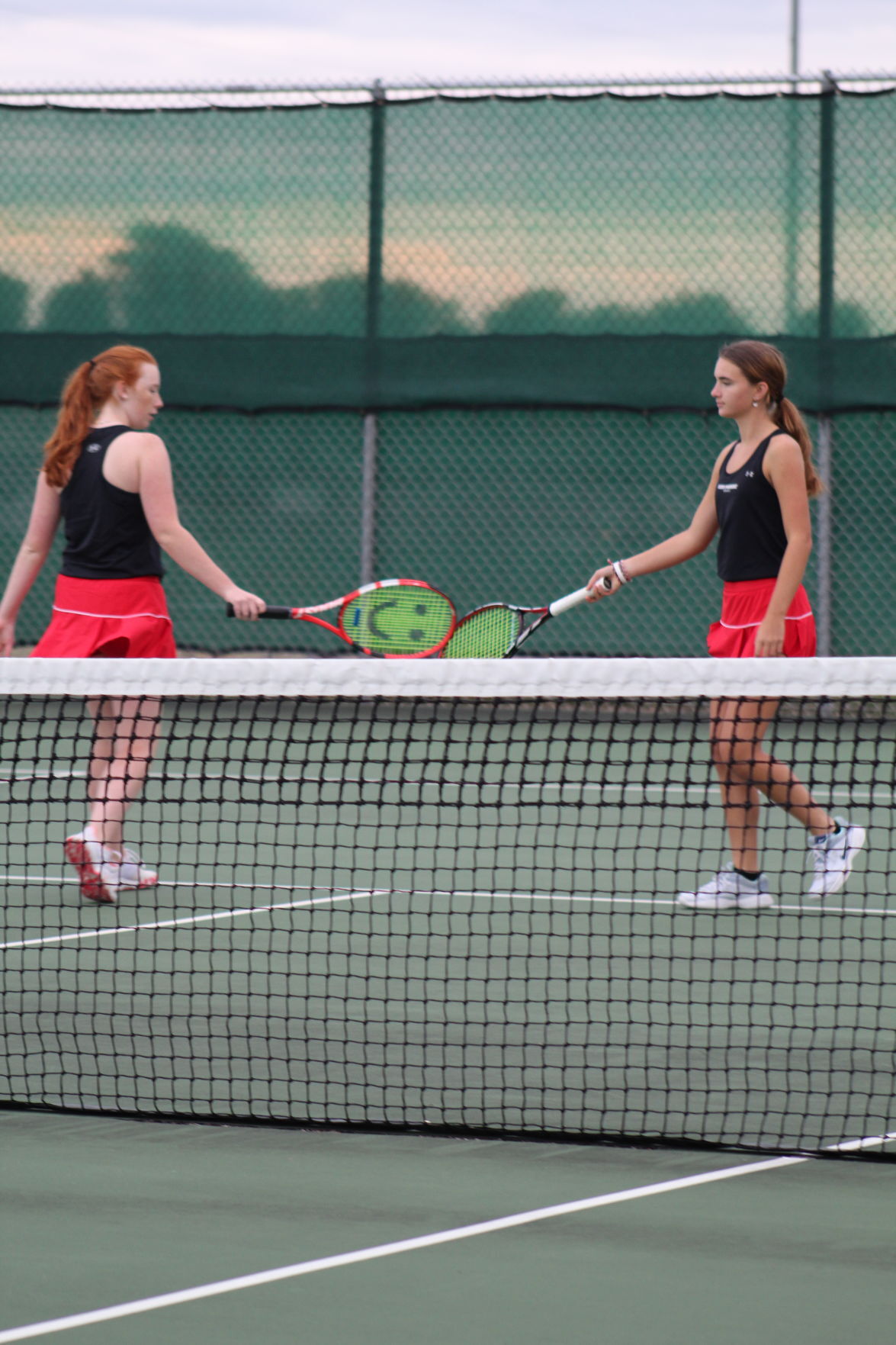 The Sun Prairie No. 3 doubles duo of Lexa Bryant and Leah Schroeder at a meet with Janesville Parker Tuesday, Sept. 14. 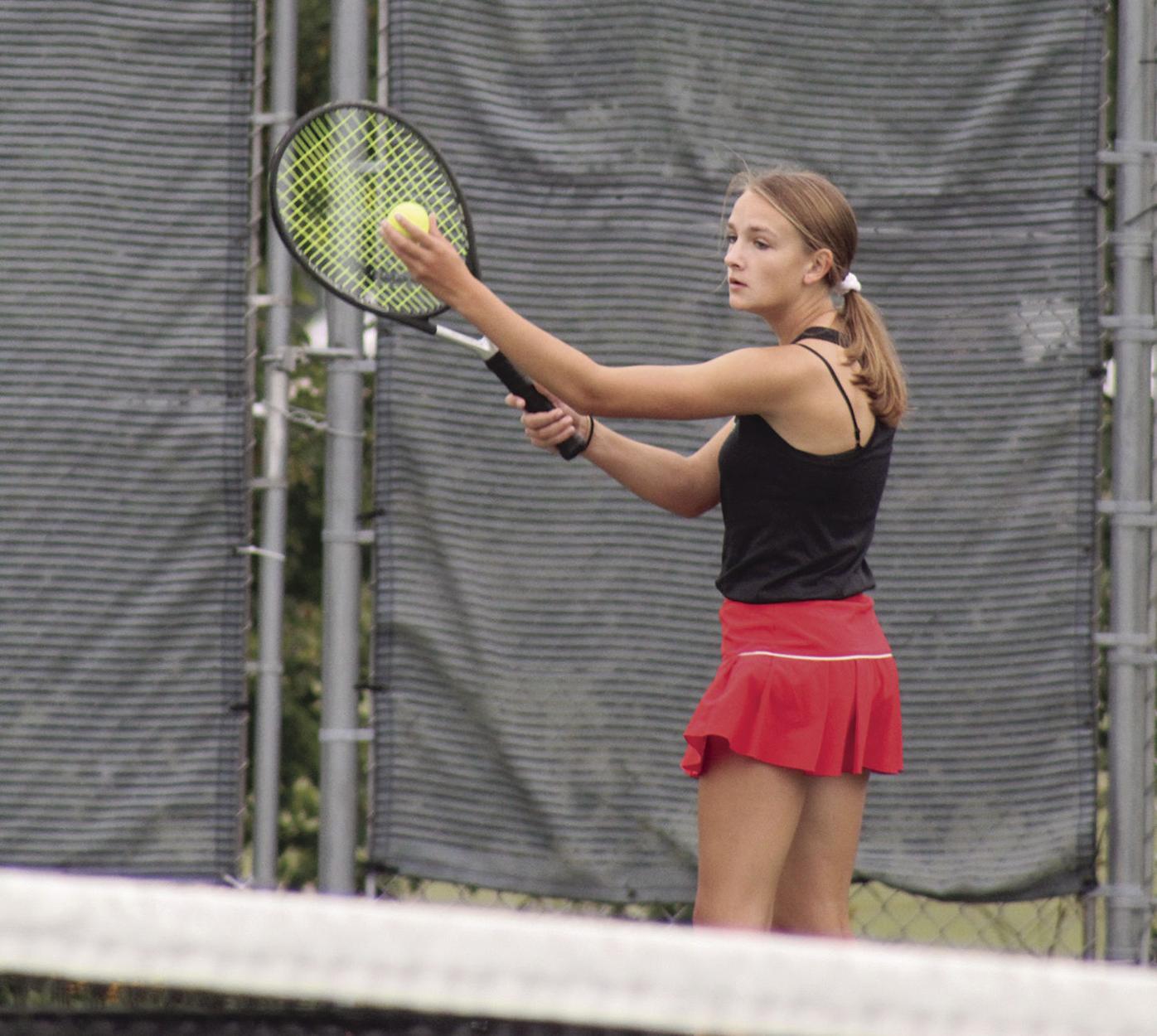 The Sun Prairie No. 3 doubles duo of Lexa Bryant and Leah Schroeder at a meet with Janesville Parker Tuesday, Sept. 14.

The Sun Prairie girls tennis team took a trip down to Janesville to take on the Parker Vikings. The Cardinals came home with a 6-1 team win, spearheaded by some strong performance from the doubles and the No. 4 singles spot.

Mairin Leary, Sun Prairie’s No. 4 singles participant, was spectacular. She was the only Cardinal to not allow her opponent to win a set, winning 6-0, 6-0 over Parker’s Haylee McCumber.

Alexis Schemanek was similarly successful in No. 3 singles. She bested her opponent, Alexandra Craker, 6-0, 6-2, further demonstrating Sun Prairie had the deeper squad.

At the top of the singles, sophomore Grace Kramschuster was the sole Cardinal not to come home with the victory. She fell to Parker’s Annie Barnes 6-0, 6-3.

Freshman Katie Thompson picked up the slack in No. 2 singles, however. She beat Martha Jacobson 6-2, 6-2 to finish up a very solid day in singles play.

In doubles, the duo of Reagan Schwartzer and Alexandra Stein just kept on winning. They beat Parker’s pair of Chetenne Spade and Alicia Gonzalez 6-1, 6-1.

Things were similarly dominant in the other two Sun Prairie doubles matches. In No. 2 doubles, Nicole Everson and Shiloh White beat Parker’s Brianna Cicmansky and Ava Egger 6-2, 6-2. Following suit, that is the precise score the No. 3 doubles team, Lexa Bryant and Leah Schroeder, beat Parker’s Victoria-Ann Kampmann and Myha Mohr.