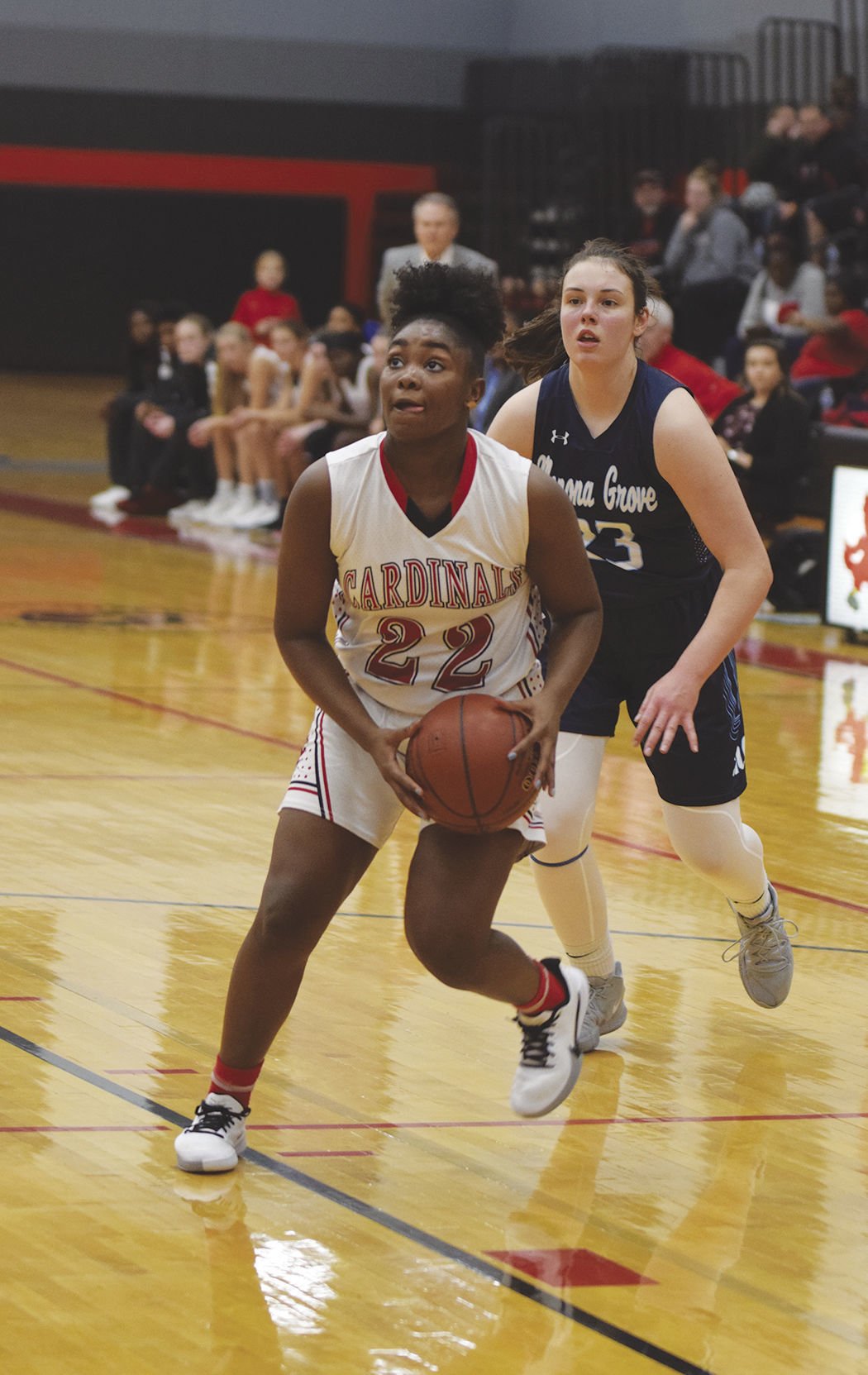 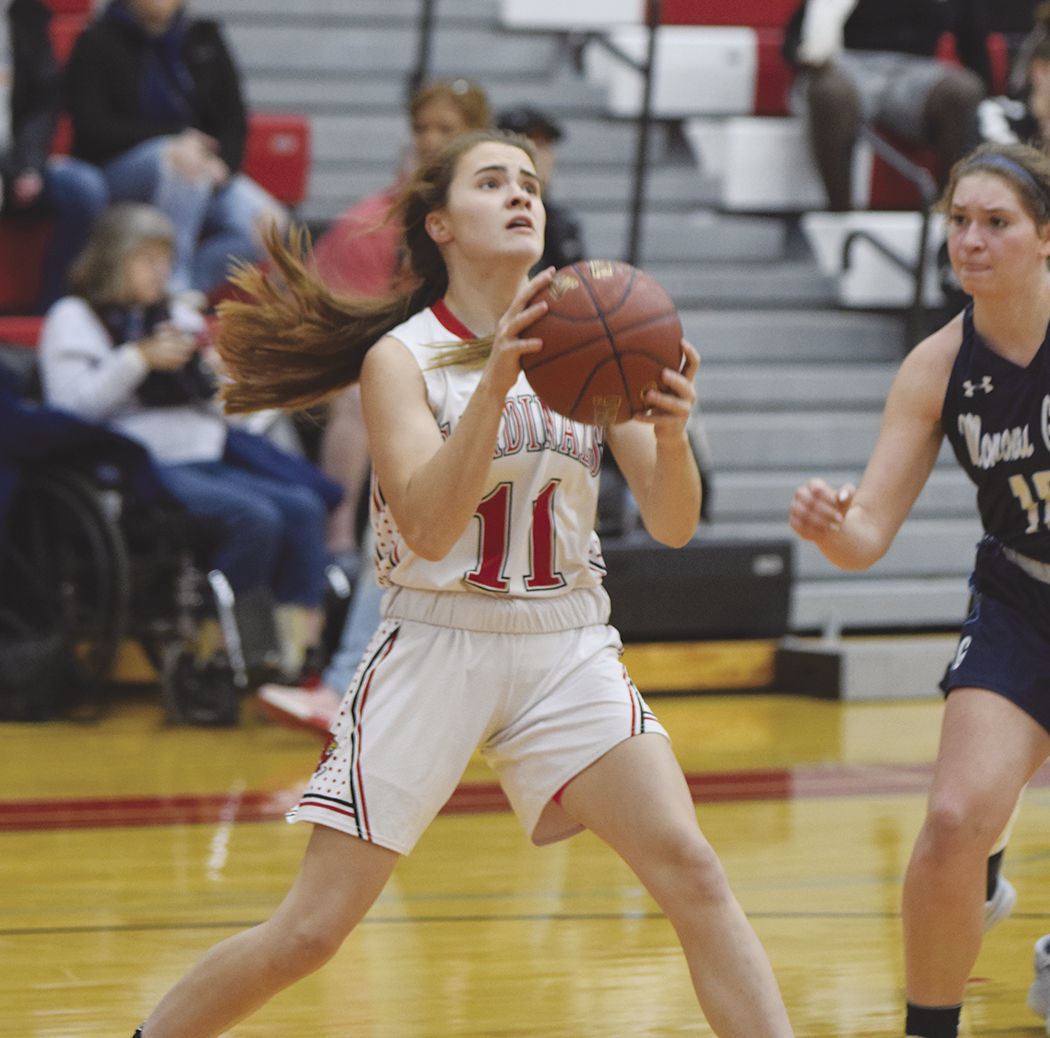 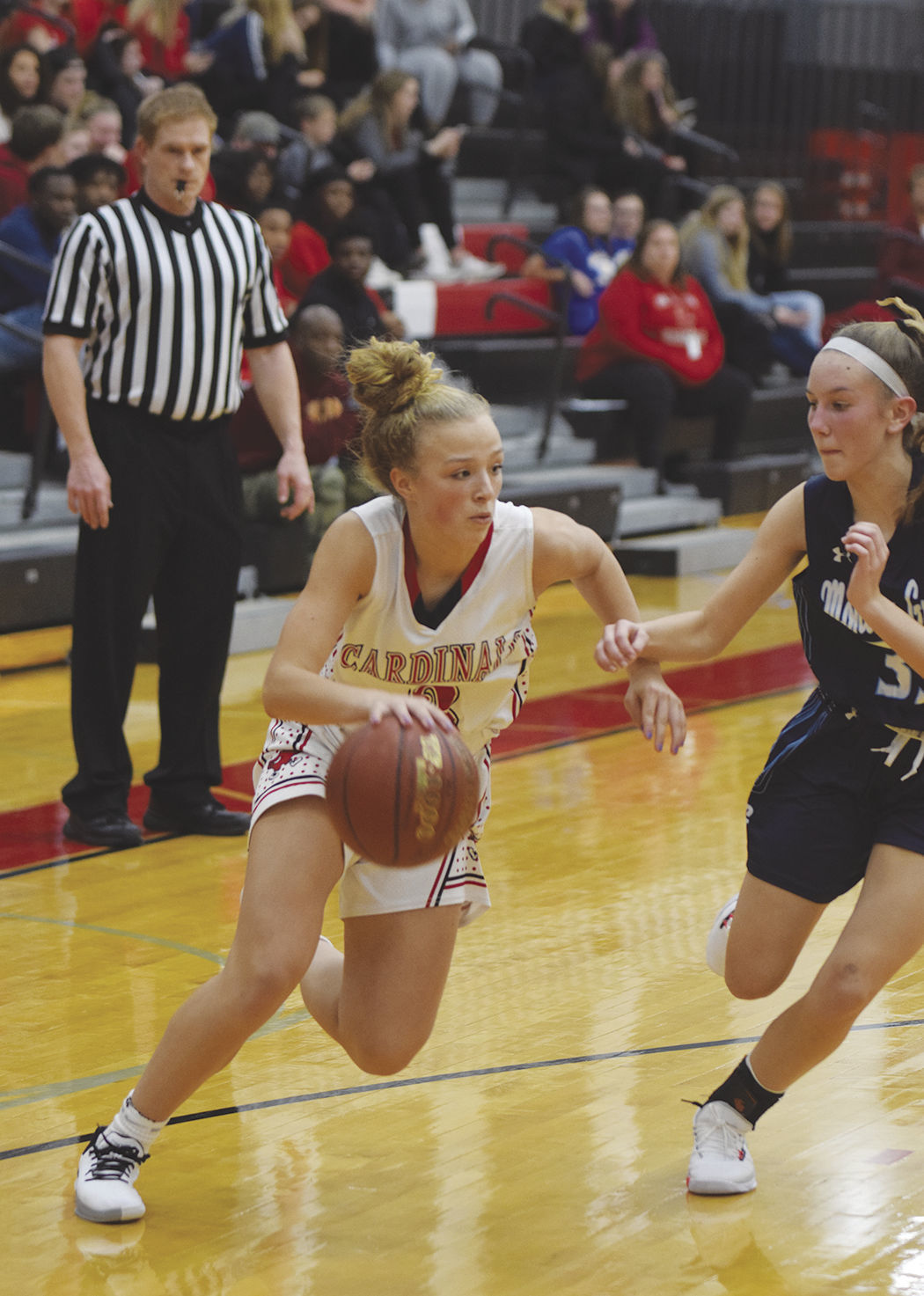 Enter Marie Outlay. The freshman scored five of her 18 points in the final 23 seconds of regulation, including two free throws that sent the game to overtime, before the Cardinals held off Monona Grove, 67-64, Tuesday night.

After previously hitting a 3-pointer to pull Sun Prairie within 62-60 with :23 to play, Outlay was fouled by the Silver Eagles’ Ally Yundt with 0.9 seconds while attempting a game-winning 3-pointer. After missing the first, Outlay drained the next two foul shots to tie the score at 62 and send it to overtime.

“I actually thought I was going to miss the next one, too, because it happened before,” said Outlay of the three free throw attempts. “I didn’t want a repeat.”

The Cardinals outscored the Silver Eagles 5-2 in OT.

Sun Prairie (1-0) trailed 59-47 after MG’s Peighton Nelson hit the second of two free throws with 2:45 remaining. But a 15-3 run enabled the Cardinals to force overtime.”

“We put a defensive team as (Monona Grove) was a little stagnant from the field,” said Olson. “We were in catch-up mode and needed some stops.”

The Cardinals also overcame the prolific outside shooting by the Silver Eagles, who made 13 3-pointers.

“If a team continues to shoot like that all season, more power to them; that was amazing what they did,” said Olson.

In fact, Monona Grove did not make a 2-point field goal until the 8 ½ minute mark of the second half.

Nahriah Alexander started the SP comeback with an inside score, her lone basket of the game, before freshman Avree Antony buried a pair of free throws and Rachel Rademacher scored in transition to cut the Silver Eagle lead to six. Antony and Rademacher converted baskets on consecutive trips to cut the MG advantage to 62-57, and Outlay converted the 3-pointer and two free throws to end regulation.

“Rachel Rademacher was just able to play and not make a lot of mistakes,” said Olson.

The two non-conference teams traded the lead once in overtime, but junior Jazzanay Seymore gave the Cardinals the lead for good at 65-64 with 2:46 remaining.

Jazzanay led all scorers with a career-high 22 points.

“Everyone in the stands thought they had us and we were going to lose,” added Outlay.

“Memorial was here scouting us, so I know they’ll be ready,” said Olson.

The Spartans will welcome the return of Leilani Kapinus, a Penn State University recruit who was lost early last season with a knee injury, while Mia Morel, a two-time state champion with Marshall, has transferred into the program.