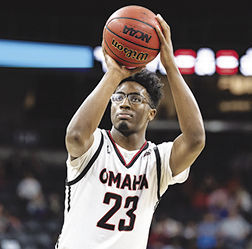 Former Sun Prairie High School and current University of Omaha basketball player Marlon Ruffin was among the protesters in downtown Madison over the weekend standing up for George Floyd, a Minneapolis man who died at the hands of police. 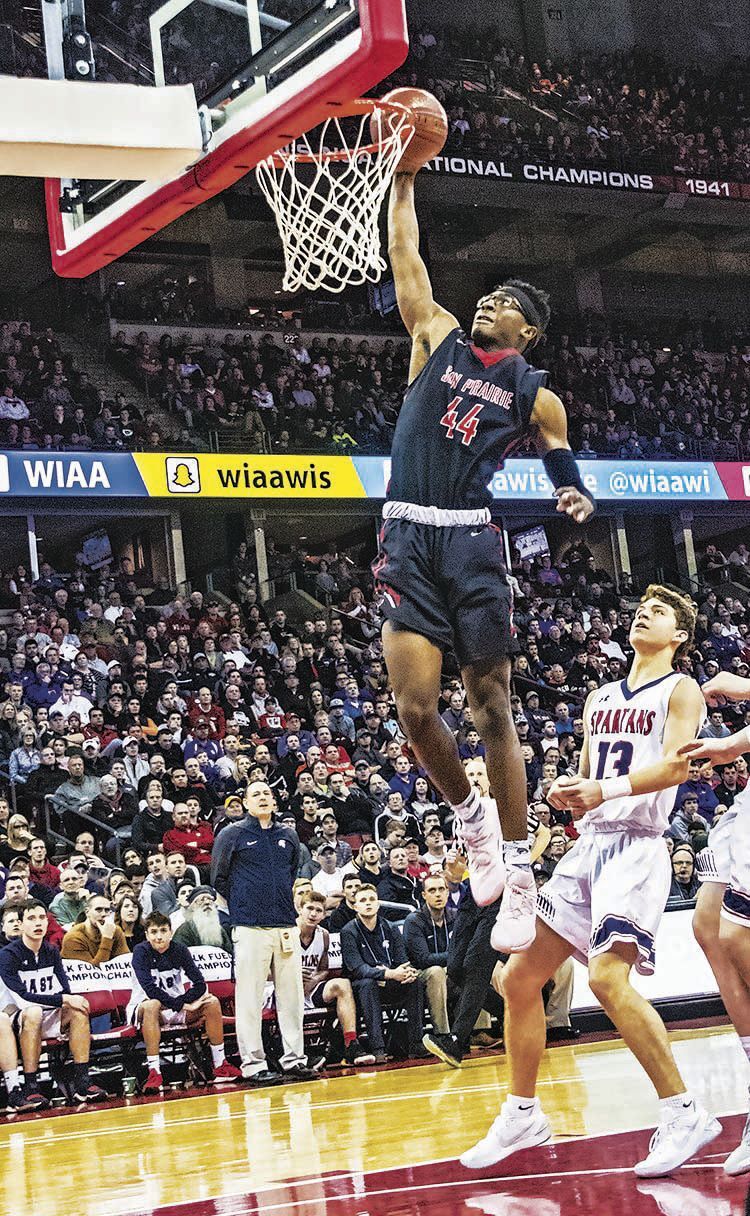 Marlon Ruffin goes in for a dunk during the 2018 WIAA Division 1 State Boys Basketball Tournament.

Former Sun Prairie High School and current University of Omaha basketball player Marlon Ruffin was among the protesters in downtown Madison over the weekend standing up for George Floyd, a Minneapolis man who died at the hands of police.

Marlon Ruffin goes in for a dunk during the 2018 WIAA Division 1 State Boys Basketball Tournament.

Recent protests in the wake of yet another African-American man’s death at the hands of police have sent more shockwaves through the nation. Those protests, marches, riots and looting have occurred from within the very city where George Floyd died, Minneapolis, to as far away as California — even closer — Madison and right here in Sun Prairie.

Former Sun Prairie Cardinals basketball star Marlon Ruffin was among those protesting the racial injustice that determined Floyd and other African-American men’s fate.

“I’m here for all the people who are voiceless,” Ruffin, a 20-year-old African-American man and 2018 Sun Prairie graduate, told NBC15 during a live interview Sunday night. “I hate to say, but I’ve always been scared of the police (and) to see George Floyd crucified on television, that broke my heart. I came here to face my fears; I’m happy to be out here doing this, fighting racism and injustice all over the United States.”

Ruffin helped Sun Prairie make its first-ever WIAA State Boys Basketball appearance in 2018 and was named the Big Eight Conference Player of the Year for the 2017-18 season.

Ruffin was on the Capitol Square both Saturday and Sunday along with a friend.

“We (as African-Americans) go through this everyday and it feels like people now are starting to basically feel the realms of what we go through and how truly deep it really is,” Ruffin said.

Ruffin recalled one of the first times he felt being singled out, or profiled, when he was a passenger in his father’s car.

“We were at a basketball tournament on the west side (of Madison). My dad was driving a really nice car and we were behind a police car and I’ll never forget it, (the police car) literally pulled over to the right and waited for us to get in front of him. As soon as we went by, he pulled us over. Three to four cop cars then pulled up and I remember how (negatively) they were talking to my dad, even with me as a small child in the car,” said Ruffin. “That’s just one of the many stories I have, it’s almost the same narrative every time.

“I know me and almost every person that looks like me has some form of what I would say a PTSD (post traumatic stress disorder) at the sight of a police officer,” he added.

Ruffin also participated in Wednesday’s march in Sun Prairie that started at The Element and led to City Hall.

Ruffin felt some sort of segregation, or at least undermined as a young black man, even in high school

“I wouldn’t say it was racist, but at certain times there were some students at school that engaged in racial action; you just had to deal with it and go through the motions,” Ruffin said.

Ruffin also alluded to another high-profiled killing of another African-American man, Ahmaud Arbery, caught on tape. In May Arbery was killed after two men pursued him in a South Georgia neighborhood.

“I feel the pain, I feel the anger, however, I think it’s time for a new America where every person has a voice and everyone’s voice is respected no matter what you look like,” said Ruffin. “The sacrifice of George Floyd and Ahmaud Abery really opened up the eyes of a lot of people across the world.”

Ruffin has had great success since graduating in 2018, first at Highland Community College (Ill.) and just this past season, his first at an NCAA Division I school, the University of Omaha.

Ruffin averaged 8.8 points and 3.3 rebounds, but he was at his best in league play when he averaged 12.5 points and 4.3 rebounds. For that he was named the Summit League’s Sixth Man of the Year.

“I’ve got two years left and I’m just focussing on having the best year next year and seeing where my options weigh after that,” said Ruffin.

Ruffin scored a career-high 30 points in a 93-86 win over Western Illinois on Feb. 22. It came against the very team that two of his former Highland CC coaches, Chad Boudreau and Kyle Heikkinen, were hired just last month on new WIU head coach Rob Jeter’s staff.

“I talked to them the day that the news came out that they were hired and said I was happy to have them here in our conference; I love those guys and they had their part in my story,” Ruffin said.

Ruffin and the Mavericks finished the season 16-16 before bowing out to Oral Roberts in the Summit League Championship Tournament quarterfinals.

The following is a link to an interview Ruffin did with NBC 15 on Sunday.

“I’m here for all the people who are voiceless."