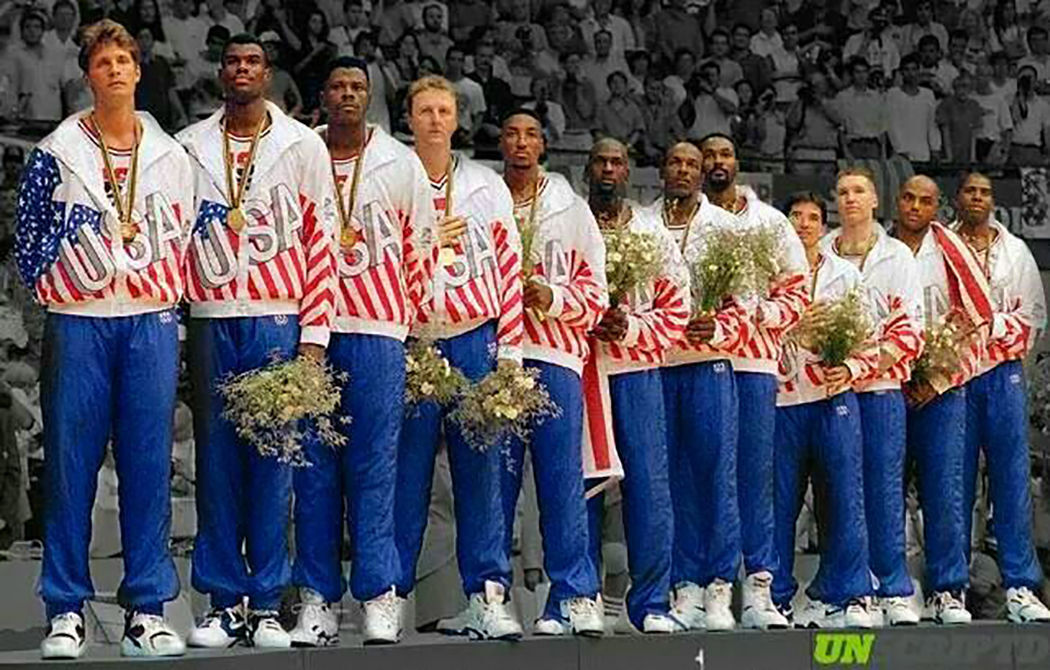 No. 1: The 1992 US Olympic men’s basketball was known as the “Dream Team” with some of the all-time NBA greats including Michael Jordan, Larry Bird and Magic Johnson. 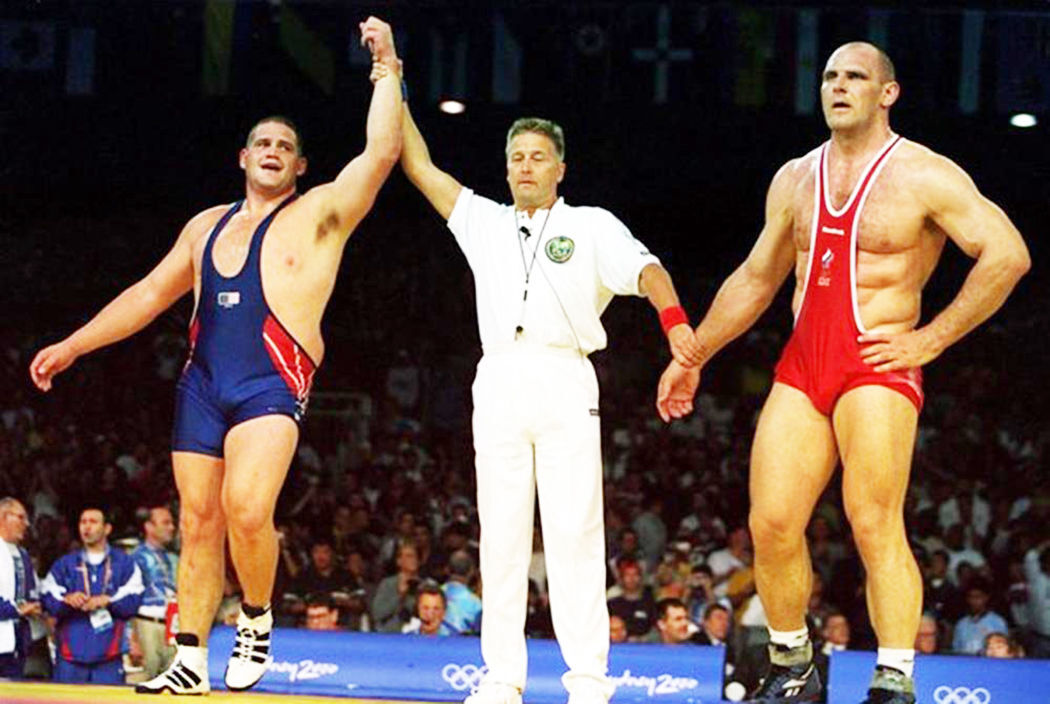 No. 2: Rulon Gardner’s Greco Roman wrestling upset of Aleksander Karelin in Sydney, Australia in 2000 was one of the biggest upsets in Olympic history. 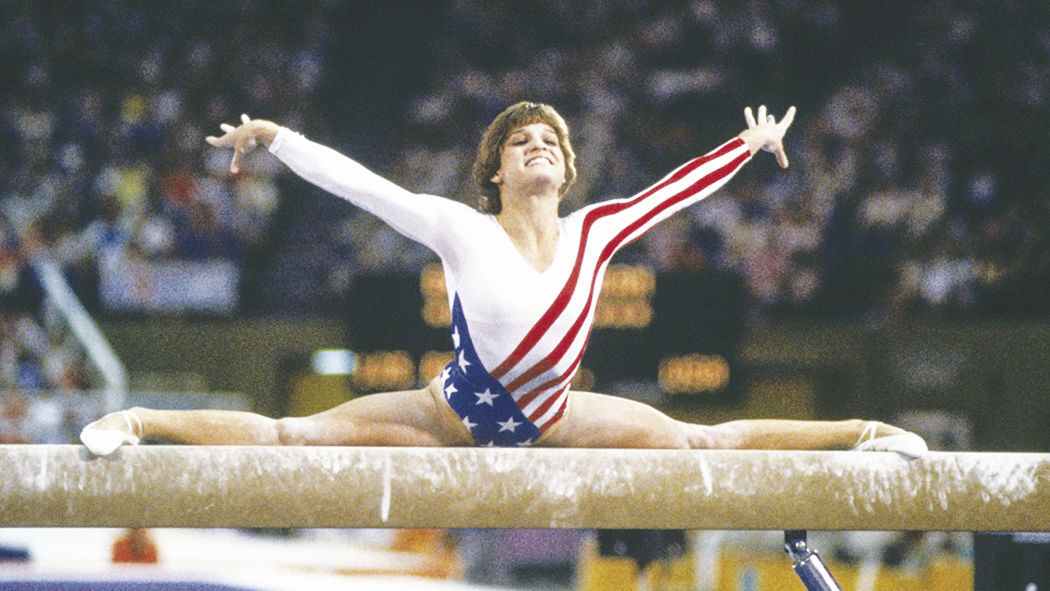 No. 5: Mary Lou Retton stole the nation’s heart in the 1984 Summer Olympic Games in Los Angeles when she became the first American women to win the gold medal in the all-around gymnastics. 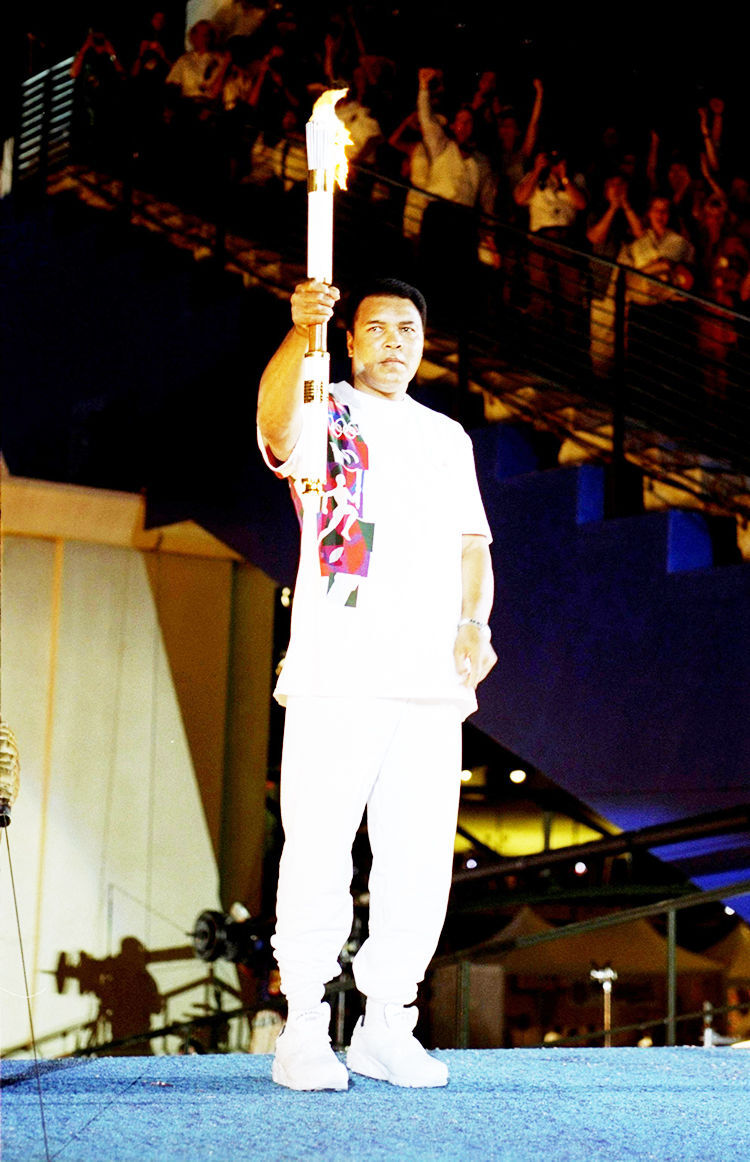 No. 13: Muhammad Ali lit the torch in Atlanta to start the 1996 Summer Games. Ali, who had been diagnosed with Parkinson’s disease in 1984, won the gold medal in the light heavyweight division in boxing in 1960 in Rome.

No. 1: The 1992 US Olympic men’s basketball was known as the “Dream Team” with some of the all-time NBA greats including Michael Jordan, Larry Bird and Magic Johnson.

No. 2: Rulon Gardner’s Greco Roman wrestling upset of Aleksander Karelin in Sydney, Australia in 2000 was one of the biggest upsets in Olympic history.

No. 5: Mary Lou Retton stole the nation’s heart in the 1984 Summer Olympic Games in Los Angeles when she became the first American women to win the gold medal in the all-around gymnastics.

No. 13: Muhammad Ali lit the torch in Atlanta to start the 1996 Summer Games. Ali, who had been diagnosed with Parkinson’s disease in 1984, won the gold medal in the light heavyweight division in boxing in 1960 in Rome.

The Olympics are like no other competition in sports.

Unfortunately, the 2020 Olympics that were to be held in Tokyo, Japan July 24 through Aug. 9 were postponed due to the coronavirus worldwide pandemic. They have been rescheduled for July 23 through Aug. 8, 2021 in Tokyo.

Team USA has had quite a few fantastic athletes over the years in the Olympics, and some of those athletes have given performances that stood the test of time. Whether it was overcoming an injury to win or defeating long odds to take the gold medal, the United States has seen its share of Olympic triumph.

Here is a look at the top Team USA moments from the Summer Olympics:

Chicago Bulls superstar Michael Jordan led this team of talented professionals to Olympic glory for the United States in Spain in what was the first Summer Games to feature current NBA players. Jordan was joined by some of the biggest stars in NBA history, including David Robinson, Patrick Ewing, Larry Bird, Karl Malone, Scottie Pippen, John Stockton, and Charles Barkley.

People called them the “Dream Team”— and they played like it, winning by an average of 40 points per game and bringing home the gold medal.

Hailing from a small town in Wyoming, Gardner was not expected to do much at the Summer Olympics in Sydney. When he stepped onto the mat against the mighty Russian Aleksandr Karelin—who had not lost a competition in 15 years and had won three straight gold medals—most observers saw that as an accomplishment in itself.

But a mere appearance wasn’t enough for Gardner, who went on and pulled off one of the biggest upsets in Olympics history. Gardner took the gold medal and cartwheeled his way into America’s heart.

Strug gutted out one of the toughest Olympics performances of all time after suffering an injury in the gymnastics competition. The United States was battling Russia and Romania in the event, and ultimately all scoring came down to Strug’s performance on the vault.

Only one problem: On her first vault attempt, Strug seriously injured her ankle, tearing ligaments and sending shooting pain through her leg. But to win the gold, Strug had to go one more time—and she did. Strug pulled off her second attempt, landing cleanly before collapsing on the mat and ultimately propelling the United States to their first-ever gold medal in the team gymnastics competition.

Phelps has put together an astonishing career when it comes to the Olympics, and his performance in China is one of the reasons why he is considered one of the best athletes ever. Phelps took home a record eight gold medals at the Summer Games in Beijing, breaking Mark Spitz’s previous record of seven.

But it was his eighth and final medal that came in dramatic fashion, and arguably out of Phelps’s hands. After Phelps completed the butterfly leg of the 4×100-meter medley relay, the United State was still behind Australia and Japan. Enter American anchor Jason Lezak, who swam his way into first, setting a world speed record and vaulting Phelps into a new medal count record of his own.

Retton helped put gymnastics on the map for the United States with her performance in the Summer Olympics in LA.

Even though the normally dominant Soviet bloc nations were boycotting the Olympics, Retton’s performance helped usher in a new generation of American athletes. The pint-sized West Virginian became the first American woman to win a gold medal in all-around gymnastics, also winning silver medals in the team event and vault, along with bronze medals in the floor exercise and uneven bars competitions.

She went on to become “Sportswoman of the Year” for Sports Illustrated and also was featured on a Wheaties box after the Olympics.

Before there was Michael Phelps, there was Mark Spitz. The lanky, muscular American dominated in the water during the Summer Olympics in Germany, winning a then-record seven gold medals. Making his performance even more amazing: Spitz set world records in every event he won. Over his career, Spitz won nine Olympic gold medals and was the most decorated athlete in the history of the Summer Games until Phelps broke his record.

Johnson was considered the fastest man alive after his performance at the Summer Games in Atlanta. Johnson won gold in the 400 meter and the 200 meter events at the Olympics, becoming the first man to win both of those events in a year, and setting records for both competitions in the process. Johnson ended up getting the nickname “The Man With the Golden Shoes” after he donned custom-made spikes from Nike for the Olympic final.

With the eyes of the world watching, Owens gave one of the most important performances in history—let alone sports—at the Summer Olympics in Germany. Owens became the first athlete to win four gold medals after taking the 100 meters, 200 meters, long jump, and 4×100 meter relay events. The performance completely embarrassed Adolph Hitler and made Owens a legend when it comes to the Olympics.

Louganis won two gold medals at the 1988 Summer Games, becoming the first male diver to sweep the diving events for the second straight Olympics. Even more incredible: Louganis suffered a concussion in preliminaries after hitting his head on the diving board while performing a move nicknamed the “Dive of Death.” Louganis had been in attendance at a competition a few years earlier when Soviet diver Sergei Chalibashvili attempted the move and hit his head, dying a week later after falling into a coma.

Flo-Jo dominated the track and field events at the Summer Olympics in 1988, bringing home three gold medals and setting a number of world records. She earned herself the nickname the “fastest woman in the world” after blowing away the competition and setting records in the 100 meter and 200 meter events and winning four total medals at the Olympics in Seoul—a silver in the 4×400 meter event on top of her three individual golds.

Beamon came into the Summer Olympics as one of the favorites in the long jump after dominating in competitions leading up to the Games—but no one could have predicted how things turned out in the event. The then-22-year-old shattered the world record for the long jump by almost two feet, jumping 29 feet, 2½ inches to earn the gold medal. The record would stand for another two decades until Mike Powell broke it in 1991.

Muhammad Ali left a major legacy in sports and across the world after passing away at the age of 74. The boxer accomplished many things through through his life, and one of the most important moments of his career came in the Summer Olympics while he was still fighting under his original name, Cassius Clay. As an 18-year-old young pup, Clay came to Rome for the Olympic Games and dominated—winning all four of his matches, three of them on unanimous decisions.

In the light heavyweight final, Clay defeated three-time European champion Zbigniew Pietrzykowski of Poland to take home the gold medal for the United States. Clay turned pro a month after the Olympics and went on to be a three-time world heavyweight champion. During the course of his career, Clay fought greats like Sonny Liston, Joe Frazier, and George Foreman—but his first worldwide achievement came in the Olympics while representing Team USA.

When Ali—then competing as Cassius Clay—won a gold medal in light heavyweight boxing at the 1960 Rome Summer Olympics, it marked one of the most important accomplishments of his early career. But his most iconic Olympic moment arguably came over 30 years later in Atlanta.

Ali, who had been diagnosed with Parkinson’s disease in 1984, was selected to light the Olympic cauldron during the opening ceremony at the 1996 Summer Olympics. Despite the disease’s toll on his body, Ali rose to the challenge, giving the world one of the most emotional moments in sports history.

Ali took the Olympic flame from swimmer Janet Evans and held it up to the crowd, earning an enormous cheer from the thousands of people in the stadium. Although Ali was shaking from the effects of his disease, he held the torch up high and then brought it down to light a small rocket, which carried the flame to the main cauldron high above the stadium to officially kick off the Games. Adding to the significance for Ali in Atlanta, the champion boxer received a replacement medal for the one he won in 1960 after misplacing it earlier in his career.

This was put together by Men’s Journal.