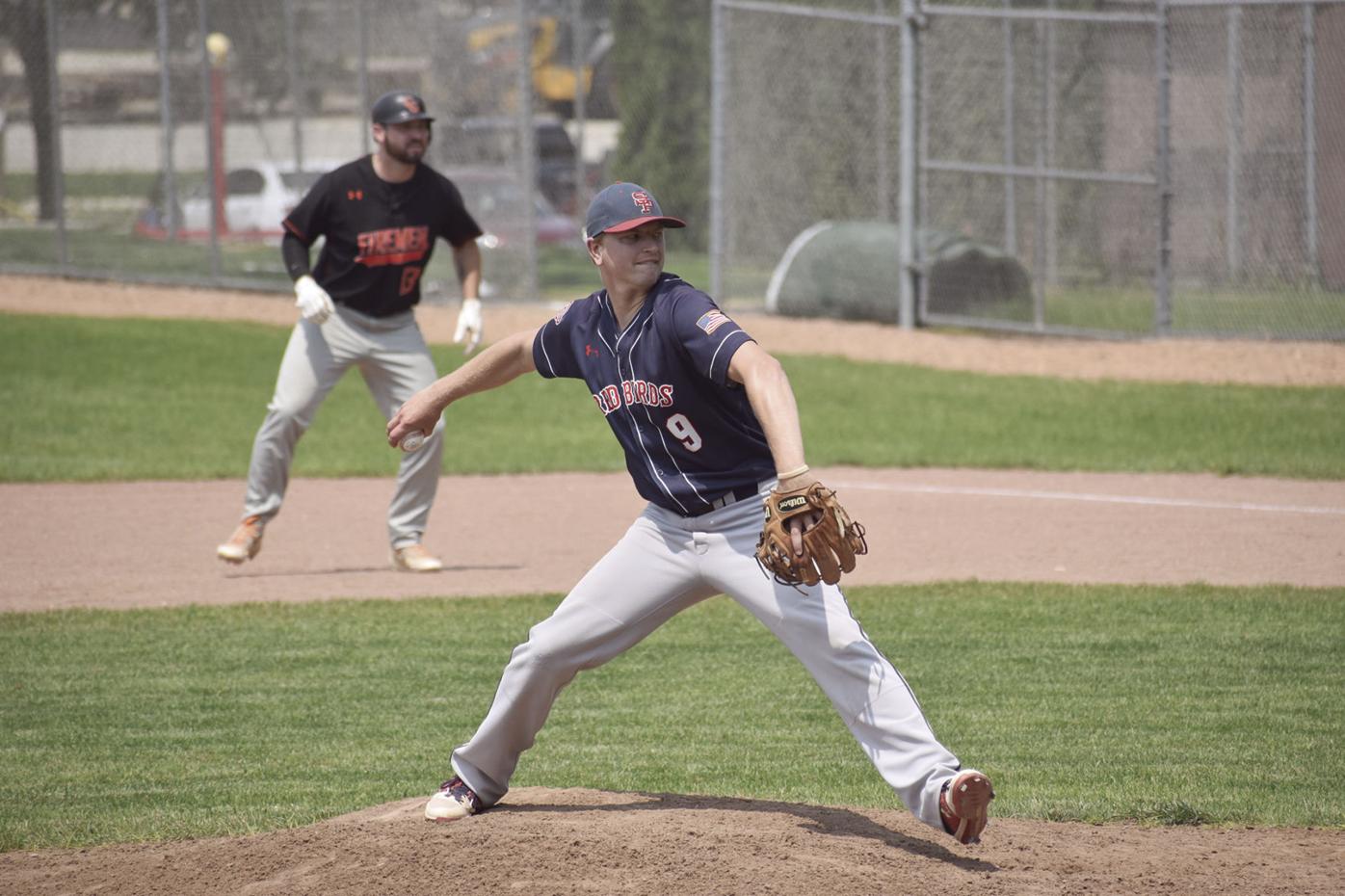 Justin Krebs was valuable on the mound and at the plate in Sun Prairie’s 7-4 victory over Cottage Grove Sunday. 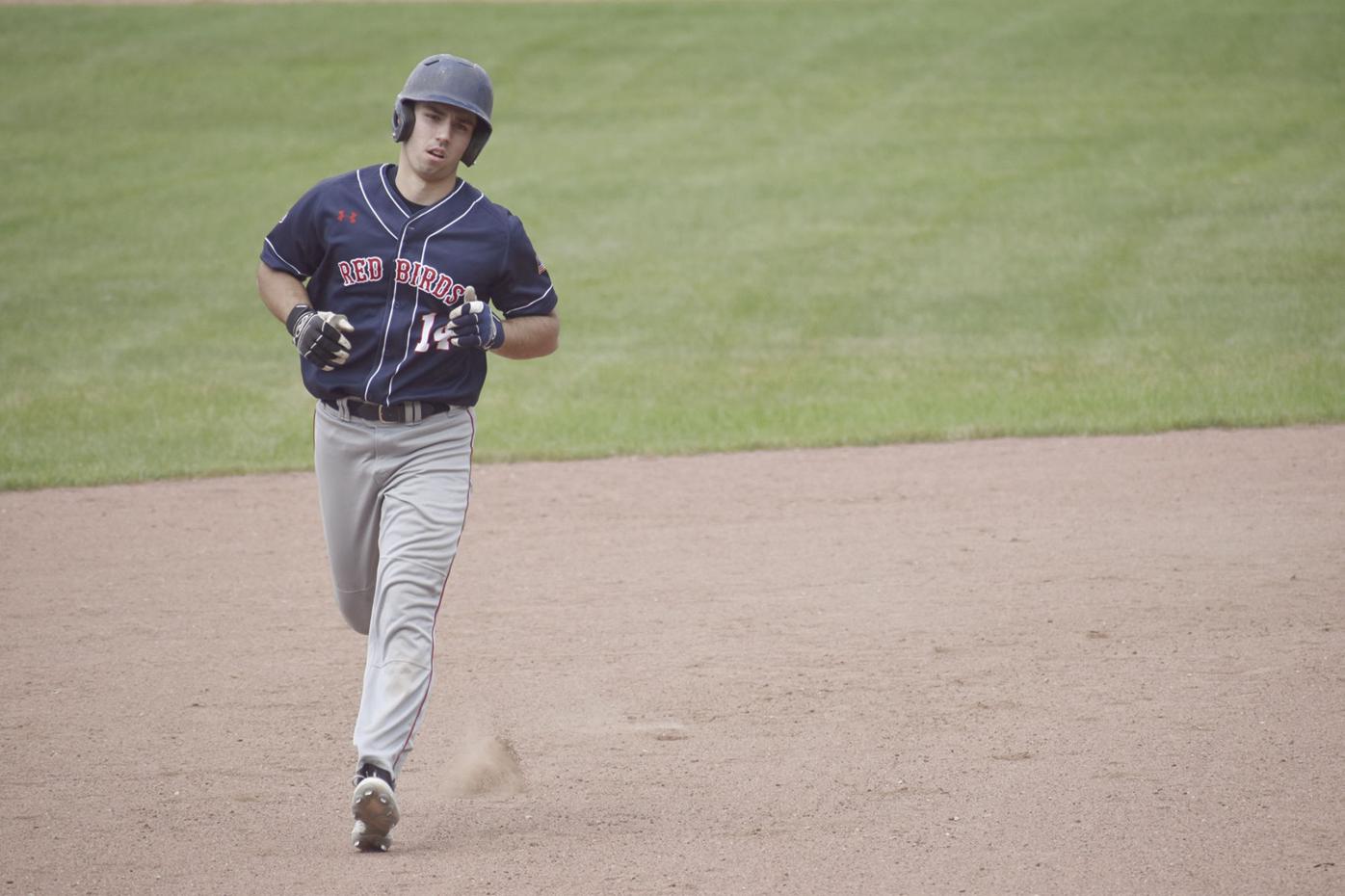 Spencer Bartel trots around the bases following a homerun against Cottage Grove Sunday, July 18th. His Red Birds would go on to win, 7-4. 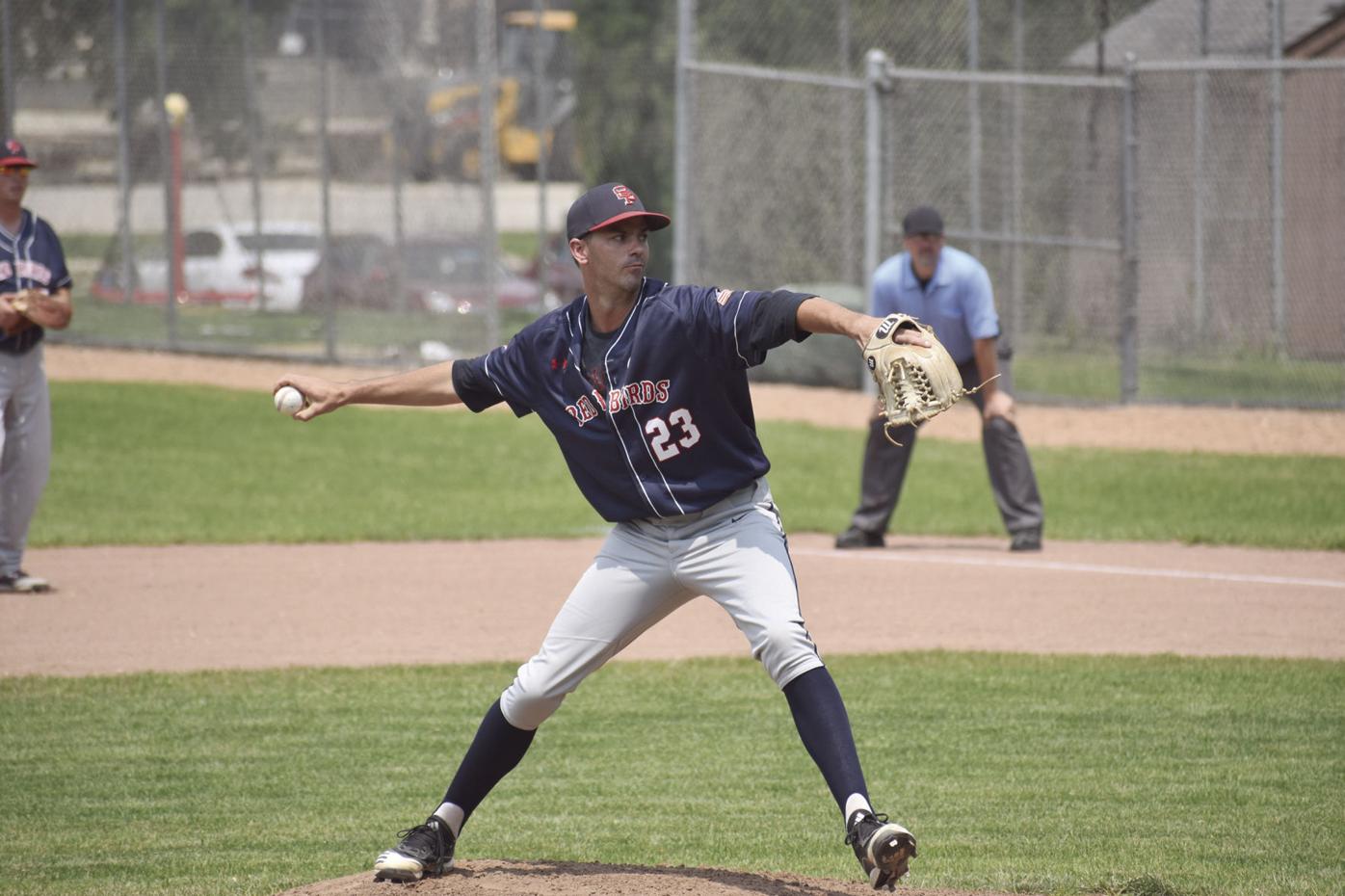 Justin Krebs was valuable on the mound and at the plate in Sun Prairie’s 7-4 victory over Cottage Grove Sunday.

Spencer Bartel trots around the bases following a homerun against Cottage Grove Sunday, July 18th. His Red Birds would go on to win, 7-4.

With the playoffs just around the corner, the Sun Prairie Red Birds of the Home Talent Baseball League capitalized on an overwhelmed new pitcher in the 8th inning to secure a pivotal 7-4 victory over the Cottage Grove Firemen on Sunday afternoon. The win stopped a two-game skid for Sun Prairie and showed that sometimes the best way to score is leaving the bat on one’s shoulder.

Patience turned out to be the saving grace for the Red Birds in the end, but it was hard to remain composed early. The fourth pitch of the game from Sun Prairie’s starting pitcher Taylor Mack was mashed over the left field fence by Mitch Kelsey, giving Cottage Grove an immediate 1-0 advantage. Mack regained composure in the bottom of the second with two strikeouts but struggled again in the third as a batter he plunked was brought around by a double from Cottage Grove’s Bob Blakley. Thankfully for Mack, Sun Prairie left fielder Spencer Bartel had smoked a 2-run homerun in the top of the same inning. The game entered the fourth inning knotted at two runs.

Mack walked a runner on then a blooper to left field dropped. Two on, one out, and manager Mike Calkins had seen enough. Justin Krebs was pulled in from shortstop to pitch about as unfavorable a start as possible as Mack headed off to first base. Cottage Grove’s Alan Myrold lifted a double into left field to score both runners on base before Krebs could escape the inning with two strikeouts. Cottage Grove boasted a 4-2 lead heading into the fifth.

“It was tough coming in like that,” Krebs said. “Gave up a couple runs, got out of the inning and finished it from there.”

Both offenses were quiet until the top of the seventh. With the bases loaded and two outs, Sun Prairie’s Chas Schuster battled his way to a full count, fouling off countless pitches until he found his and chopped it up the middle to score two runs and tie the game up at four. Cottage Grove’s manager came to chat with his pitcher following the earned runs, but opted to let him stay in the game. This would come back to bite the Firemen.

A quick three up, three down inning from the Cottage Grove offense in the bottom of the seventh brought the hot bats of Sun Prairie back to the plate quickly. Krebs bounced a grounder towards the third baseman, which was fielded barehanded and thrown a good three feet over the first baseman’s outstretched glove, putting the go-ahead run on second base before an out had been recorded. Now, Cottage Grove opted for a change. Kelsey, who scored the opening run of the game, would come in to pitch.

Krebs advanced to third on an early wild pitch, then the waiting game began for the Red Birds. With two outs already recorded, Aaron Schmidt, Taylor Mack, and Mike Engelhart drew back-to-back-to-back walks, allowing Krebs to job lightly into home for the go-ahead score. For good measure, Carson Holin ripped a liner into right field to score Schmidt and Mack to give the Red Birds a 7-4 advantage heading into the final six outs. Cottage Grove managed to get two men on base in the bottom of the ninth, but a floater hit directly to Sun Prairie’s second baseman made for an easy, game-ending double play.

The win brings the Red Birds to 5-3, tied for second best in their section, while Cottage Grove falls to 4-5. Sun Prairie will need to ride this momentum into next Sunday’s showdown with Monona, the top team in the section and the final game before the playoffs begin on August 8th.