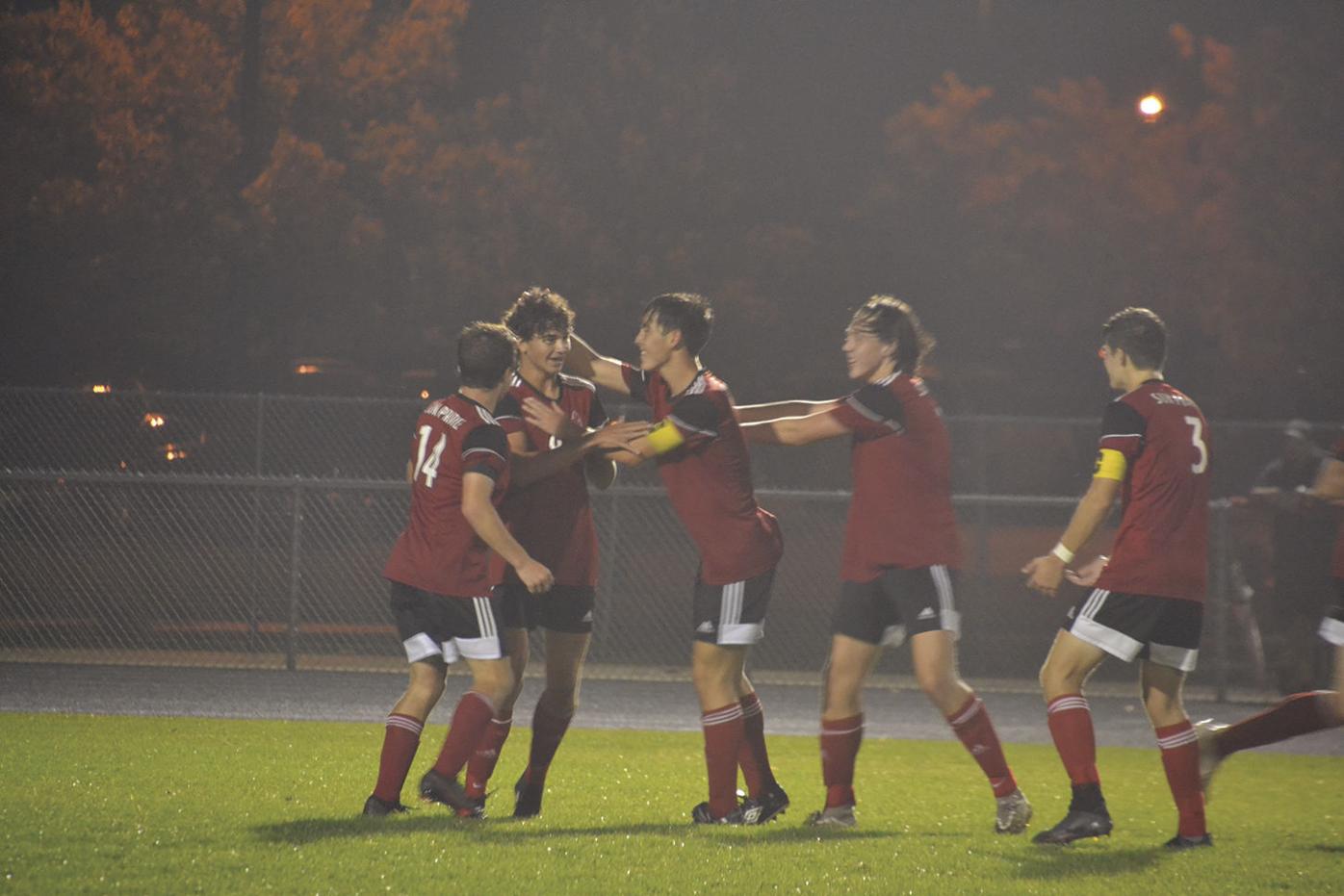 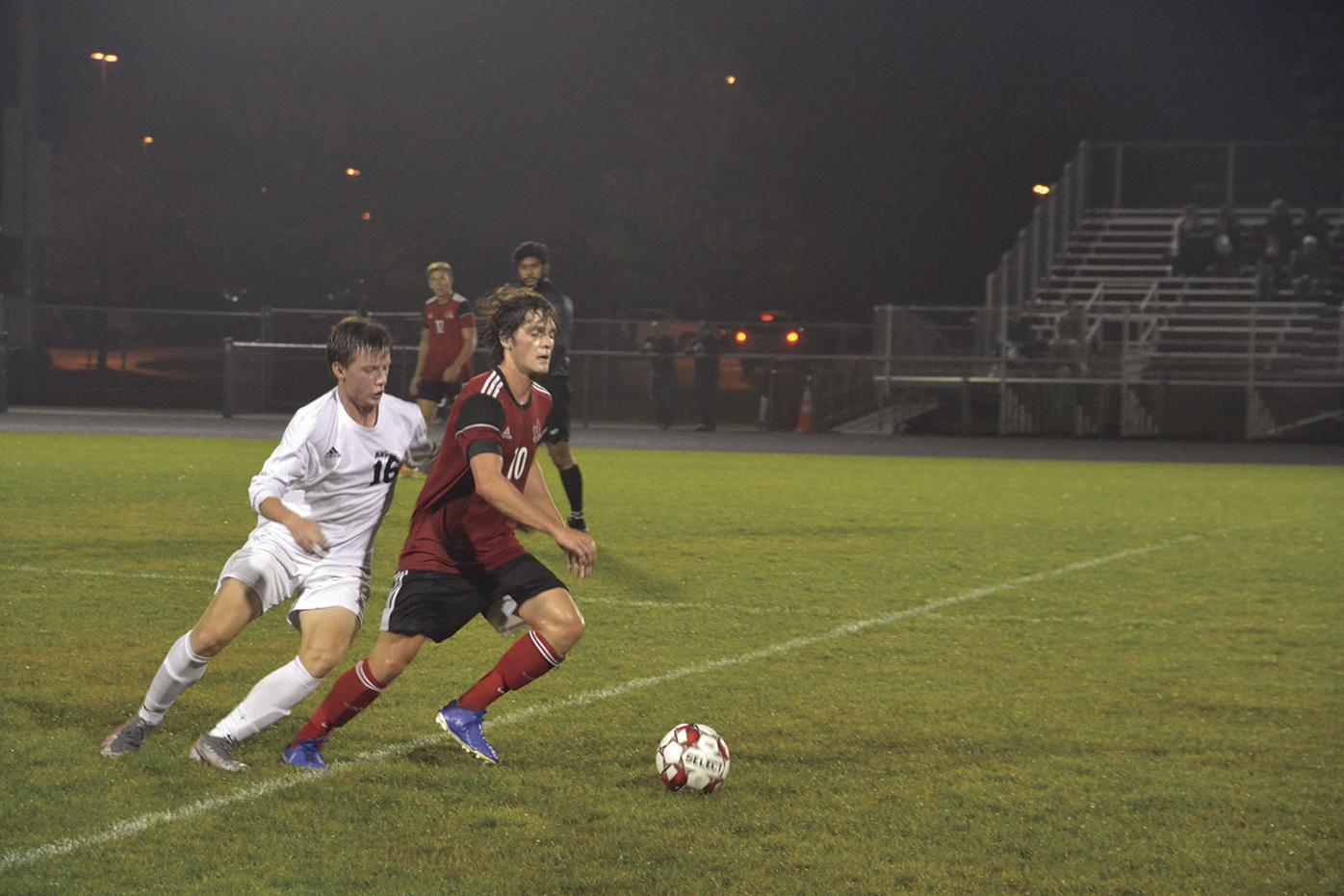 The Sun Prairie boys soccer team just keeps on winning. Head Coach Tok Kim has his boys rolling, and the timing couldn’t be more perfect as the postseason rapidly approaches. Ranked the No. 6 team in Division 1, Sun Prairie is looking like a real threat to challenge for a state championship this season. The Cardinals have won nine straight games and have scored a ridiculous 22 unanswered goals. Sun Prairie is a terrifying combination of offensive potency and defensive prowess.

Last week was a clinic in quality soccer. The Cardinals’ hot week started in dramatic fashion when they smoked Madison Memorial, 7-0. The Spartans entered as a middle-of-the-road conference team that posed a decent threat. Sun Prairie absolutely took care of business, though, as the Cardinals poured in six goals in the second half. Senior Gabe Voung contributed a hat trick.

Momentum from that big win Tuesday carried into a rainy Thursday-night match with Middleton, the No. 10 team in Division 1. Both teams entered the match with one loss in conference play. It was a de facto competition for second place behind undefeated Verona. Sun Prairie played an impressive match, getting the win 4-0.

This game was an impressive offensive display from both sides. Both Sun Prairie and Middleton are well coached squads, and that was apparent from attacking strategies. Both sides had some looks early on, but goalkeepers on both sides were performing well.

Sometimes, you just need a little luck. Sun Prairie found a lucky goal early in this one.

It started with junior Riley Stevens. Notorious for being able to absolutely wallop the ball, Stevens fielded a pass from Logan Parrish and fired a missile towards the goal. The ball ricocheted off of a Middleton defender and skirted right into the goal. Sun Prairie was out to a 1-0 advantage.

That lead doubled soon after, this time thanks to quick thinking instead of having luck on their side. Freshman Lucas Albright lined up for a corner kick. Instead of sailing it into the box with hopes of a header, he pushed a short pass out to sophomore Landon Holmen. Instead of the cross coming from Albright, it was a delayed shot from Holmen. The switch caused enough confusion for Holmen’s cross to go untouched and roll into the net.

Corner kicks continued to pay off for Sun Prairie soon after. This time, it was Logan Parrish sending the ball sailing into the box. Stevens saw another opportunity and took it, heading the ball beautifully past the keeper to extend the Sun Prairie lead to three goals. Sun Prairie rode that lead into halftime.

As the goals continued to pour in, Sun Prairie’s defense was impressive. Middleton had some looks but nothing ever came to be as speedy defenders were always there to boot the ball away.

It wouldn’t be Sun Prairie game without an appearance from senior Gabe Voung. The team’s leading goal scorer added to his tally in the second half. Stevens pushed the ball up to Gabe and he broke away, outrunning the entirety of the Middleton defense. He scorched a shot past the keeper and boosted the lead to 4-0.

“It was a great win over a ranked opponent,” Coach Tok said. “We played well. It was a dogfight from the beginning. This win has huge implications for playoff seeding.”

Sun Prairie wrapped up its week with a non-conference road trip to Fond du Lac Saturday, Sept. 9. It was obvious from the start that Fond du Lac, which only has one win this season, was overmatched.

Sun Prairie was all over its opponent. In the first 20 minutes, the lead was already up to 3-0. Everyone got in on the fun. Gabe Voung scored twice, his twin brother Nathan scored one too. Andrew Nolan scored the first goal of the game, sophomore Daniel Worrell contributed an early one as well. Junior Madon Borgardt impressed with his two goals and Lucas Albright put one in the net as well. In the end, Sun Prairie walked away with a dominant 10-0 win.

Another successful week has Sun Prairie sitting at a 13-1-4 record as the regular season nears its end. Two more conference games remain. The Cardinals will take a trip to Madison West Tuesday, Oct. 12 and will host Janesville Craig Friday, Oct. 15. Sandwiched between those two games is a non-conference home match against Oak Creek Thursday, Oct. 14. West currently sits at 4th in the Big Eight standings with a 5-1-2 record and should be a solid test for the Cardinals.