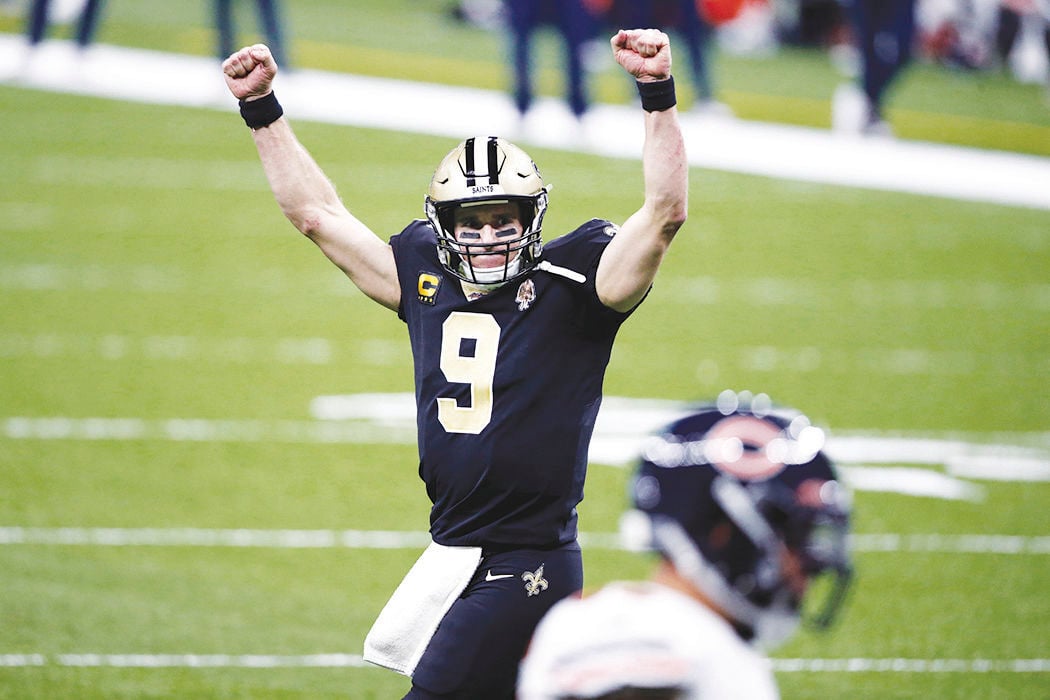 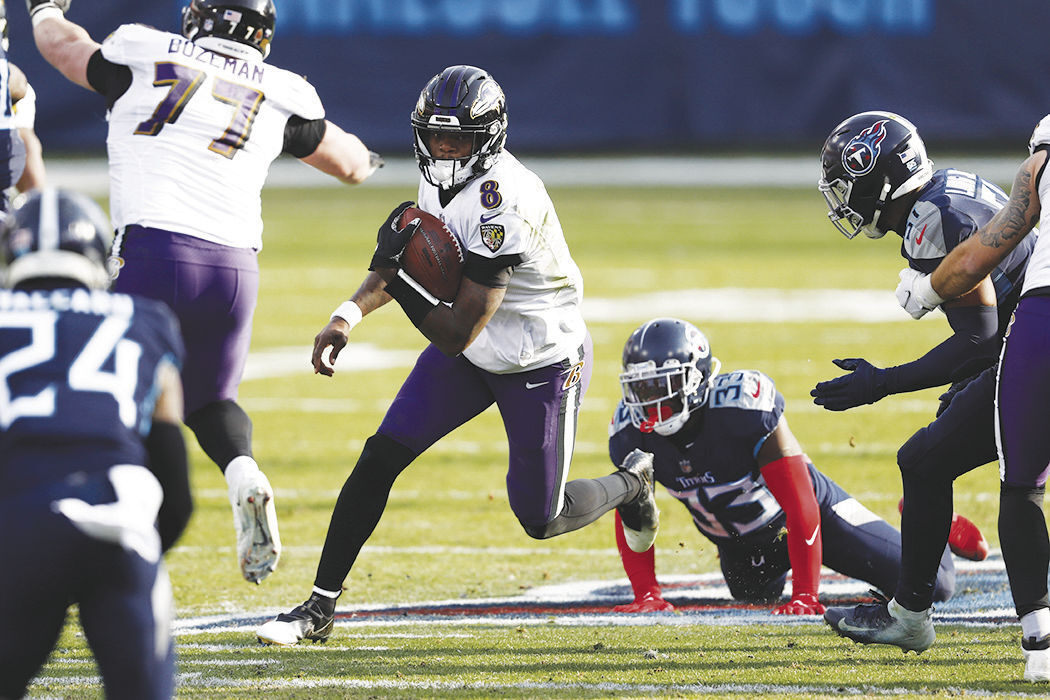 The NFC divisional round will give fans a third-time treat: another meeting between old-timers Tom Brady and Drew Brees.

Possibly the final one.

The AFC matchups, meanwhile, will include the Cleveland Browns for the first time since they re-entered the NFL in 1999, and Lamar Jackson and the Ravens.

Brees assured that the NFC South rival Saints and Buccaneers will meet once more, throwing for two touchdowns in a 21-9 victory over Chicago. The New Orleans quarterback, who turns 42 on Friday — one year younger than Tampa Bay’s star — is toying with retirement, but with the way the Saints defense is playing, a second trip to the Super Bowl is not a long shot.

The other NFC game next weekend will be on Saturday as Green Bay (13-3 and coming off a bye) hosts the Los Angeles Rams (11-6), who downed Seattle this weekend.

In the AFC, Cleveland’s return to the postseason for the first time in 18 years went very well. The Browns not only snapped a 17-game skid at Heinz Field, they manhandled the mistake-prone archrival Steelers 48-37 Sunday night. On to face reigning Super Bowl champion Kansas City (14-2 and coming off a bye) next Sunday.

After two postseason flops, Jackson was his usual dynamic and decisive self in leading the Ravens to a 20-13 wild-card victory at Tennessee. That sends them to Buffalo on Saturday night.

In their first playoff road victory since 1969, the Browns (12-5) overcame all sorts of problems and history.

It hardly mattered as the Browns raced to a quick 28-0 lead then turned aside Pittsburgh’s second-half rally. Steelers quarterback Ben Roethlisberger passed for 501 yards and four touchdowns but also threw four interceptions.

Michael Thomas and Latavius Murray caught Brees’ touchdown passes, and Alvin Kamara rushed for 99 yards and a 3-yard scoring run after sitting out the regular-season finale and not practicing this past week because of COVID-19 protocols.

The Saints won both meetings with the Bucs during the regular season.

Some first steps are far longer than others. Such as what Jackson achieved Sunday.

He isn’t in any way the only reason Baltimore is advancing — the defense shut down 2,000-yard rusher Derrick Henry like no other team has come close to doing. But he was a positive contributor, unlike in losses to the Chargers and Titans in his other playoff appearances.

Jackson ran for 136 yards and a 48-yard touchdown while throwing for 179 more, rallying the Ravens from a 10-0 hole. The Ravens (12-5) went 21 straight losses in either the regular season or playoffs when trailing by 10 or more points.

Despite being sacked five times and throwing an interception, Jackson turned in the sixth 100-yard rushing game by a quarterback in the postseason, and joined Colin Kaepernick with two.

Especially the defense: Henry had his worst performance this season with 18 carries for 40 yards and the Titans (11-6) were held to their fewest points of the season.

“Our defense was tired of hearing the noise,” Jackson said. “And they did what they were supposed to do.”

In his first postseason game wearing a uniform other than New England’s, Brady showed why he was so responsible for the Patriots’ two-decade dynasty. While leading his new team, the Buccaneers (12-5), to their first playoff win since Tampa Bay won the 2002 championship, Brady extended his record for playoff victories to 31. He threw for 381 yards and two touchdowns in his 42nd postseason start.

“You could win 100-0 and it’s going to be the same result in the end,” Brady said. “You’d love to play great every game; I think it’s good to win and advance. If we don’t play well next week, we’re not going to be happy. Glad we won, glad we have another week of work.”

At Buffalo, there actually was a playoff game played, for the first time in 15 years. And won by the Bills, the AFC East champions for the first time since 1995. Josh Allen threw two touchdown passes and scored another rushing, and the Bills (14-3) knocked down a desperation pass by Philip Rivers to end the game.

The Bills have won seven in a row.

“We understand that whatever’s going on in the game, we feel like we’ve got a chance,” Allen said. “That’s just based on how we play, how we trust one another, how we care for one another, how we practice. Just the foundation. ... It is a family-like atmosphere here and we want to do everything in our power not to let each other down.”

At Seattle, a staunch defensive performance by the league’s top-ranked unit lifted Los Angeles (11-6) into the divisional round. The Rams, even with unanimous All-Pro DT Aaron Donald sitting out much of the second half with a rib injury, rattled Seahawks QB Russell Wilson, sacking him five times and getting a pick-6 from Darious Williams. LA also shut down the Seattle rushing attack.

“We expected to do this,” Rams coach Sean McVay said. “Nobody acted surprised.”