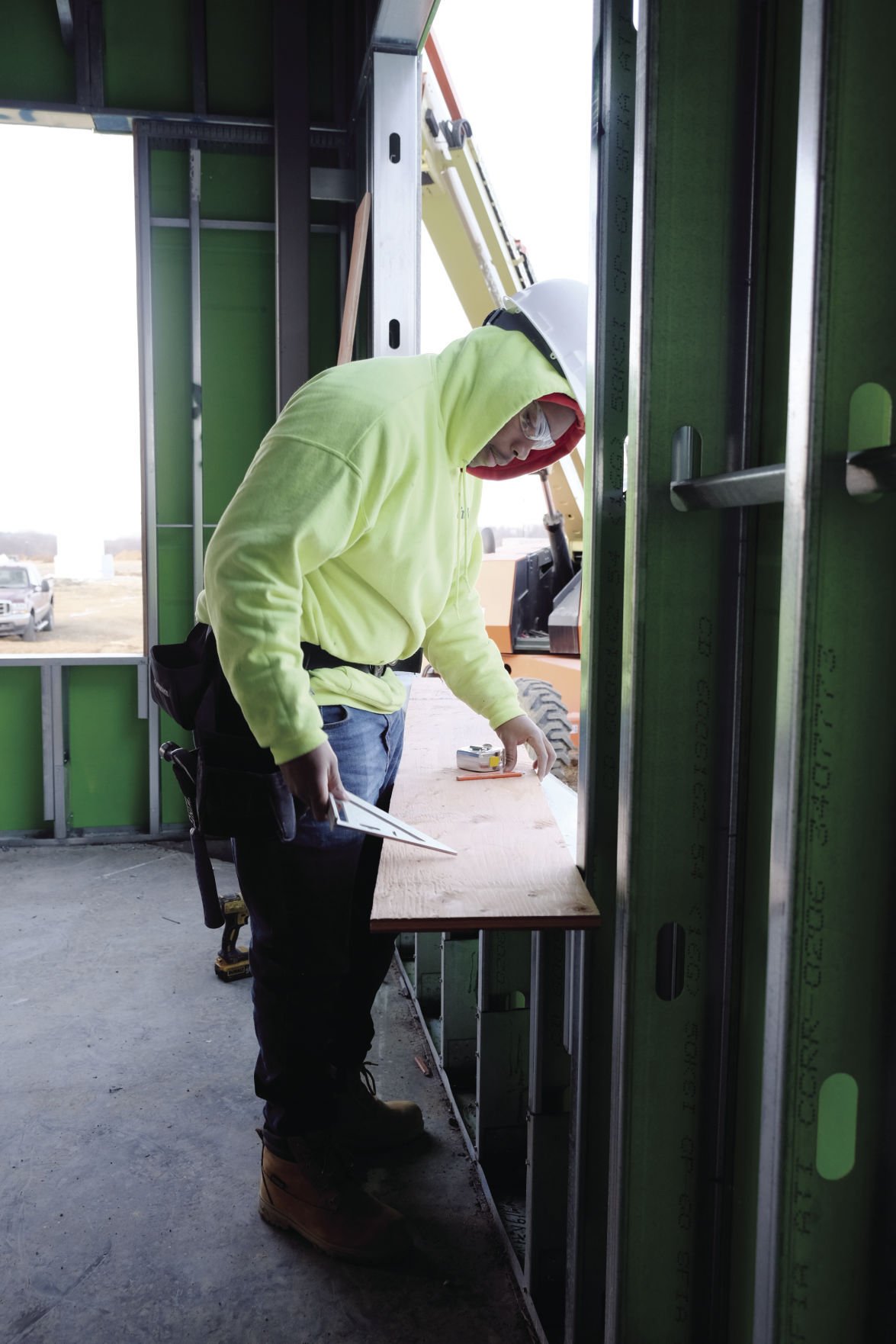 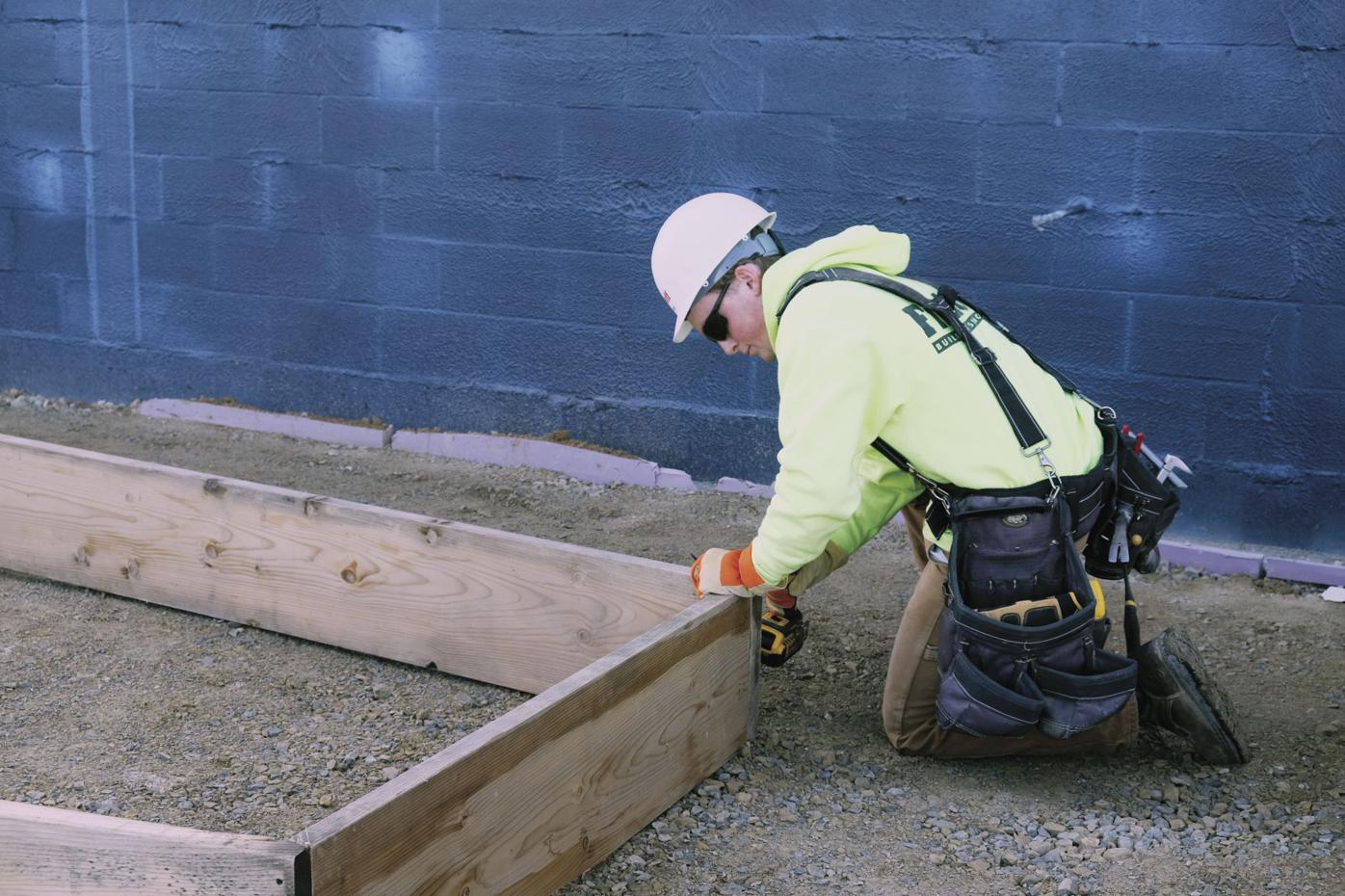 As the Sun Prairie Area School District builds new elementary schools, two Sun Prairie High School students are building not only the structures, but also a path for their futures.

The students are part of the SPHS Youth Apprenticeship Program, which places high school juniors and seniors in different career areas – from nursing, to finance, to manufacturing – to gain hands-on experience. Students work during a portion of the school day then return to SPHS to take their normal classes.

For SPHS seniors Dominic Cooper and Eric Blumer, the day begins at 7 a.m. on an elementary school construction site, where they work with Findorff builders to help construct the schools.

“I didn’t think I was going to be able to sit through a class, and so I started looking into my options of what I could do to get out of the classroom and more into the real world,” said Blumer, who works on the construction site on Grand Avenue.

Blumer said didn’t know what he wanted to do after high school, but thought construction would be a good way explore different trades. Now, he said, rather than having difficulty getting up and getting to school, he’s excited to get up in the morning and get to the construction site where he can get that hands-on experience.

“If someone says, hey, let’s try this, I get to actually try it,” he said. “I’m on the job, getting hands-on experience and seeing how things truly work.”

Matt Premo, project manager with Findorff, said the students rotate through different tasks to gain exposure to the wide variety of work they could be doing. An elementary school site is unique in that it often involves many different skills, from steelwork to carpentry to masonry, rather than working in only one material, Premo said.

Cooper, who works on the construction site on Thompson Drive, said being on-site is a great environment for learning.

“You’re exposed to many different people and then there are many different trades,” he said. “You get to see how the site actually works and how different guys interact.”

Scott Derlein, who works with Findorff on the Grand Avenue construction site, said the student apprentices are right beside their coworkers getting the full experience in every aspect of the job.

“You want to get him involved as much as possible, and really learn while he’s here, so we’re not wasting his time and it’s beneficial to everybody,” Derlein said.

Cooper said he enjoys the carpentry work the most. After high school, he wants to attend UW-Stout to play football and major in construction management.

Blumer also said he would like to go on to college and major in management, possibly in construction. He has been accepted to a few four-year universities, but currently plans to go to a technical school– an option he said hadn’t really been available for him before starting the apprenticeship program.

“At first I really thought, I’m going to go to a four-year school and get a four-year degree, because that’s always what I’ve been taught, but now it’s just I’m really looking at this more, going into the trades,” he said.

Cooper said he would encourage other students to consider the Youth Apprenticeship Program and be open to such opportunities.

“All you have to do is look out to your resources and keep your ear to the wall. A lot of students could do it,” he said.