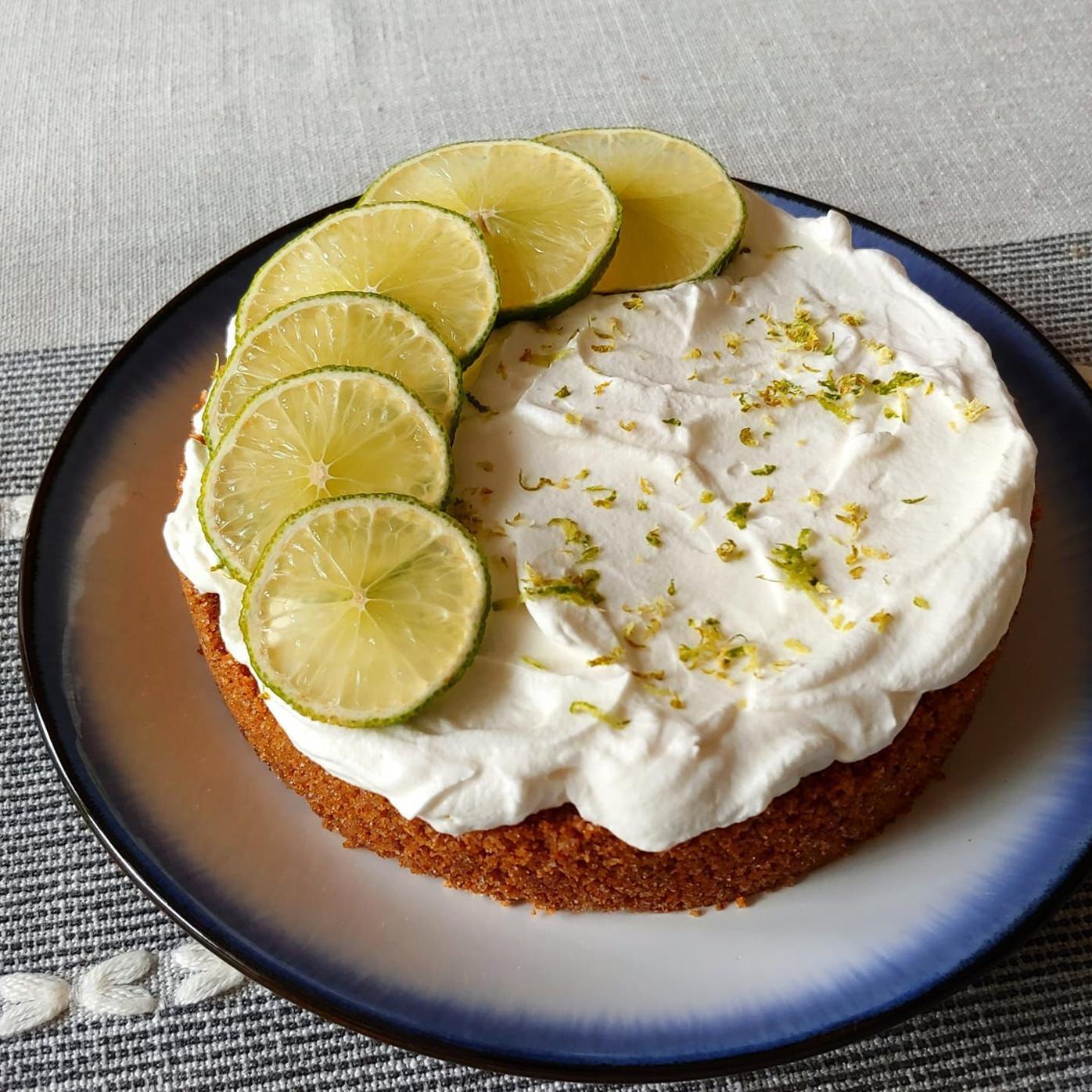 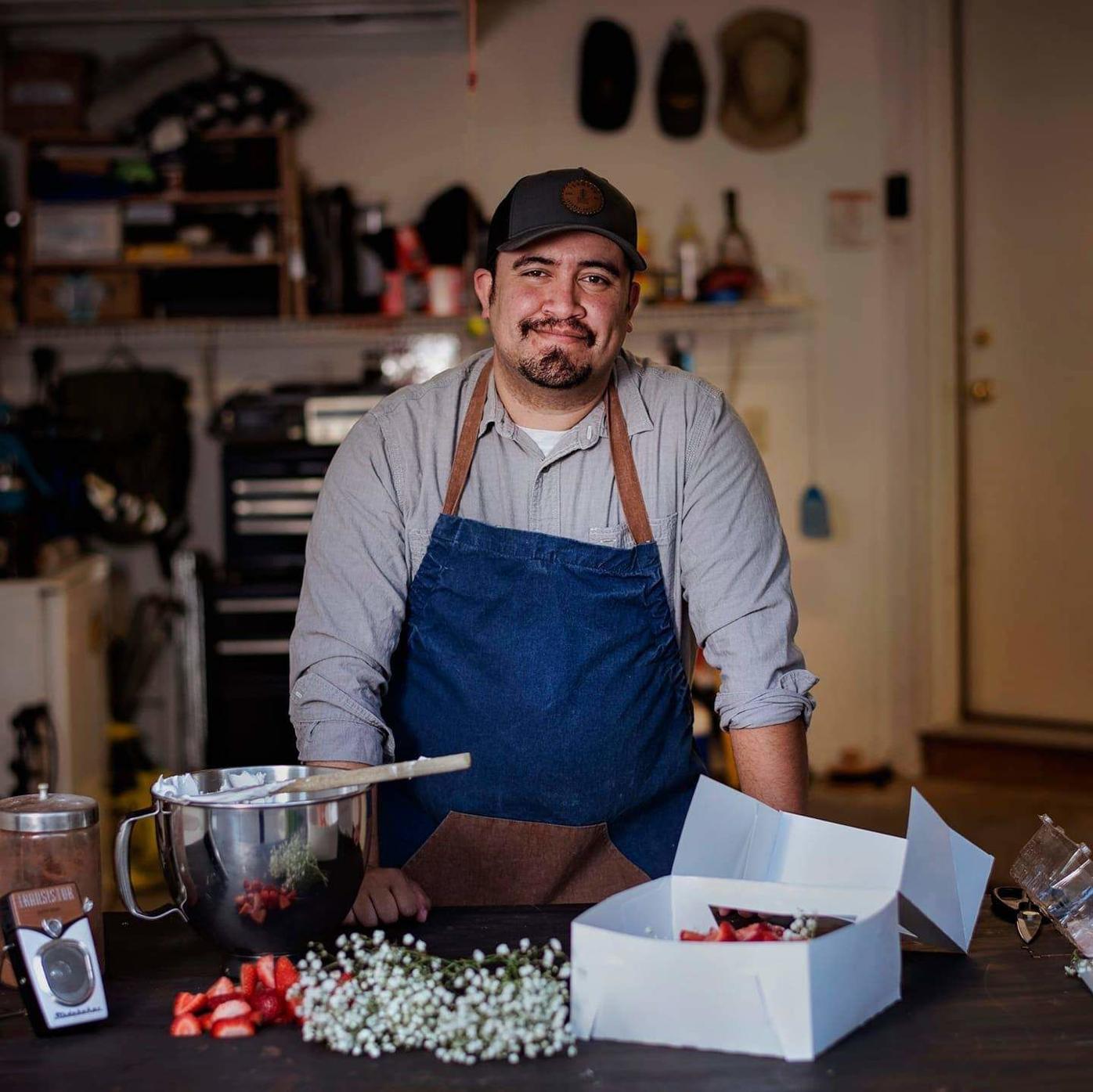 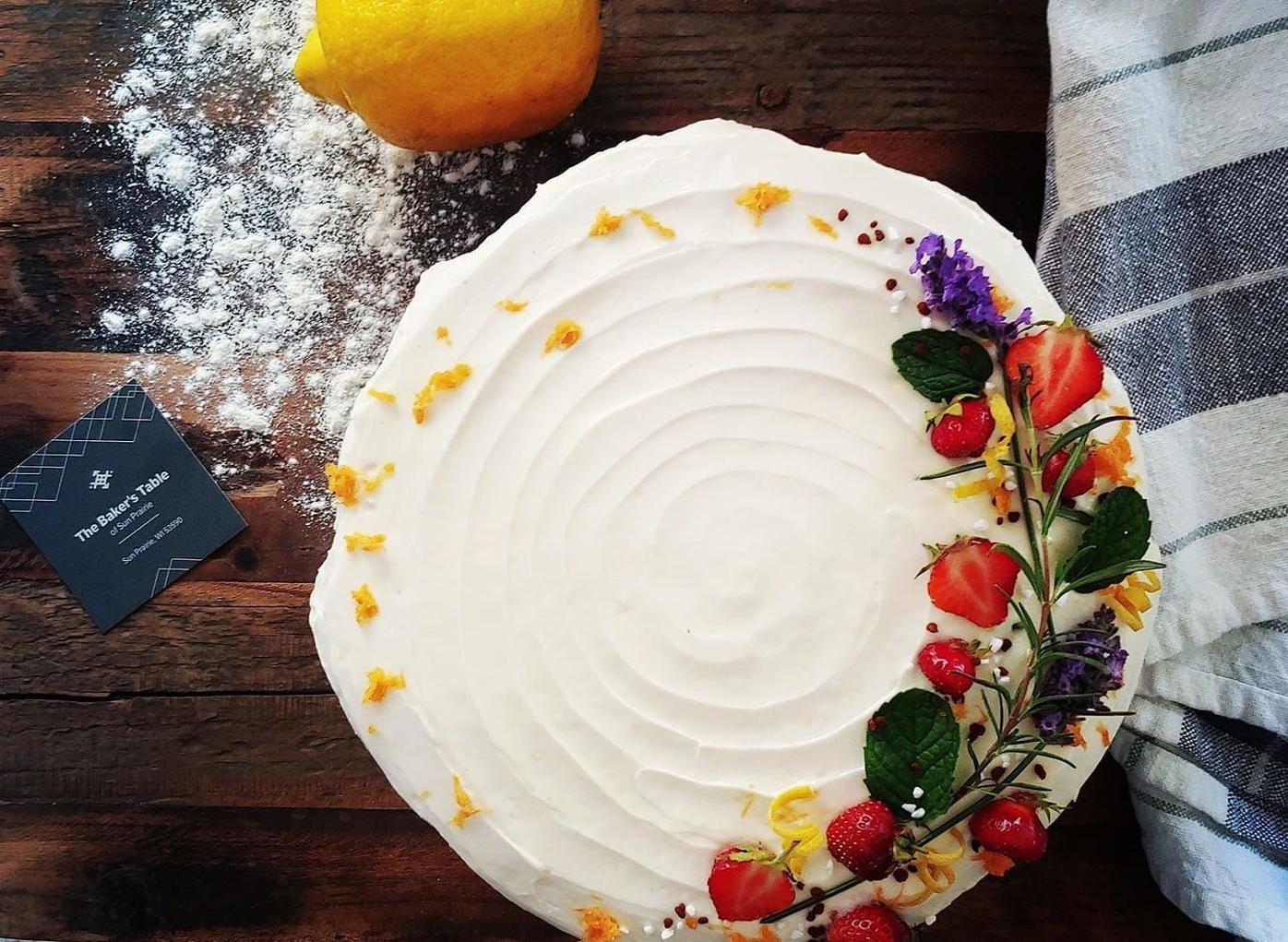 Honey spice cake has been a best-seller on the bakery’s roster for engagement parties and other special events. Topped with coconut cream frosting and customized with fruits of a client’s choice, Logan said the cake has a complex, unexpected taste.

Honey spice cake has been a best-seller on the bakery’s roster for engagement parties and other special events. Topped with coconut cream frosting and customized with fruits of a client’s choice, Logan said the cake has a complex, unexpected taste.

Logan started putting together plans for the home baking business in March, while he was briefly furloughed from his job during the COVID-19 safer-at-home order.

May’s launch of the business was with a very decadent key lime pie on The Baker’s Table Facebook page. Logan credits the pandemic for sweetening his business venture.

“The news is not great for people right now and they want something special that makes them feel happy,” Logan said.

Spirits brightened over pies—chocolate cream, blueberry, apple rose, strawberry, pumpkin—ranging from $15-$20—and cookies—-chocolate chip, vanilla almond, Linzer, chocolate espresso and lavender lemon are popular at $15 a dozen. Items can be picked up or delivered.

Logan, a Sun Prairie firefighter, recently taste-tested his dark chocolate cinnamon cayenne cookies on his fellow firefighters. With a teaspoon of the fiery spice in the cookie batter, some were surprised by the heat.

“It can take a toll if you are not ready for it,” Logan said. “I felt pretty bad and probably should have brought some milk to go with it.”

The Baker’s Table of Sun Prairie is a collaborative effort, Logan said. Friends gave him feedback and tips on starting a business. And Logan’s husband gives him honest advice if the flavors are a-go or a flop. Others help pitch in too; when the Baker’s Table oven broke in early July, and money was too tight to buy another, a friend came to the rescue and donated one.

Inspiration—and ingredients—come from the couple’s Sun Prairie home garden with herbs and spice incorporated into recipes.

Logan learned baking basics from his Grandma Marge who passed down her chocolate cake recipes and many more.

“They are the original recipes that I have brought into more modern times,” he said. “The only one that I haven’t changed is a chocolate pie because I like the simplicity and I just wouldn’t want to mess with it.’

Buoyed by Grandma’s mentoring, Logan also takes to the internet and learns through trial and error.

“I would have loved to go to cooking school but it is really expensive, so I just go through cookbooks and go down that rabbit hole of YouTube,” Logan said.

Honey spice cake has been a best-seller on the bakery’s roster for engagement parties and other special events. Topped with coconut cream frosting and customized with fruits of the client’s choice, Logan said the cake has a complex, unexpected taste. One of his other favorites is a cake that has lime and olive oil infused in it and topped with mascarpone frosting, sliced clementines and a sprig of rosemary.

Logan’s radius of fans will likely double with The Baker’s Table desserts showing up soon at two restaurants: Lillian’s in Fitchburg and D’Vino in Madison.

The Baker’s Table of Sun Prairie also has impromptu pop-ups on its Facebook page.

“I recently had a no-show on some pre-orders and I put them up for sale and that seemed to spread the word pretty quickly,” Logan said.

Sun Prairie is a great place for a home bakery business, Logan said, and though he has no ambition to start a brick-and-mortar bakery, he would like to try out selling at local farmers markets and events.

“I want to it keep simple and local,” he said. “The Baker’s Table of Sun Prairie is still kind of a start-up and grassroots movement right now.”

But as for other sweet pursuits, he is open to it.

“There’s always new flavors to find and explore,” he said. “I have so many cookbooks and somewhere in there is a recipe that will catch my eye.”

Find out more about The Baker’s Table of Sun Prairie at facebook.com/TheBakersTableSP