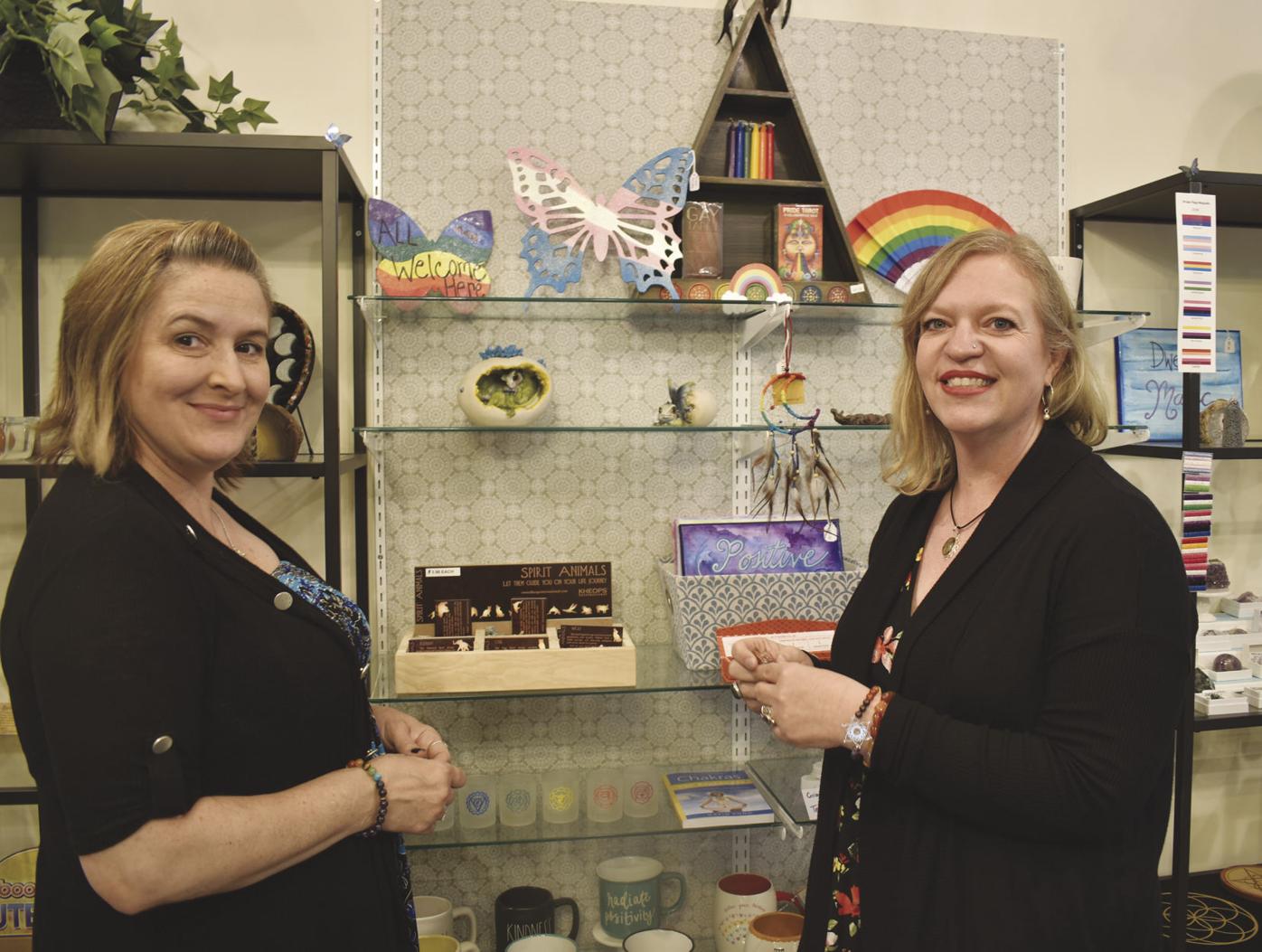 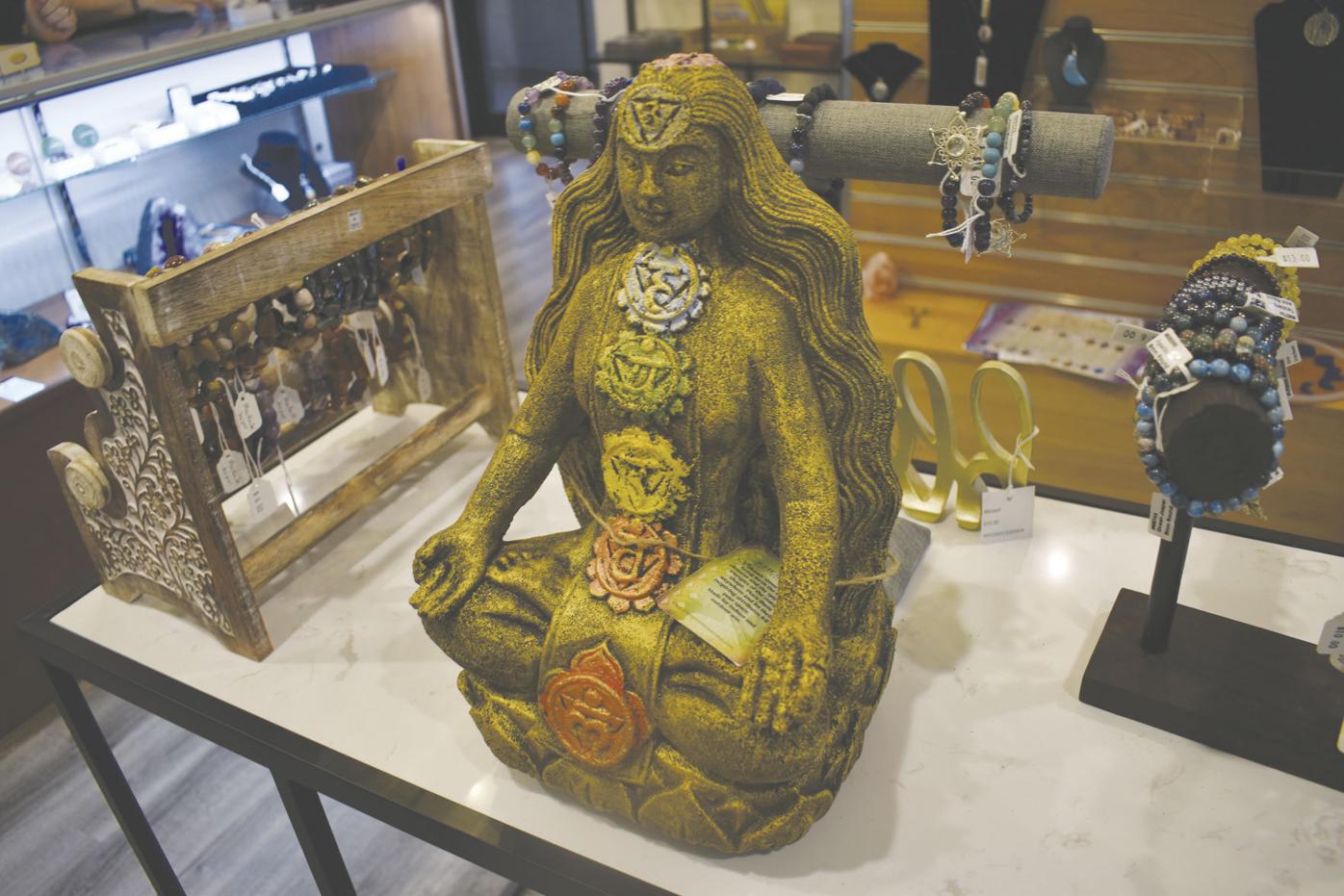 Budding Butterfly has lots of necklaces, bracelets, crystals and herbs to help balance your chakras, the body's energy system. 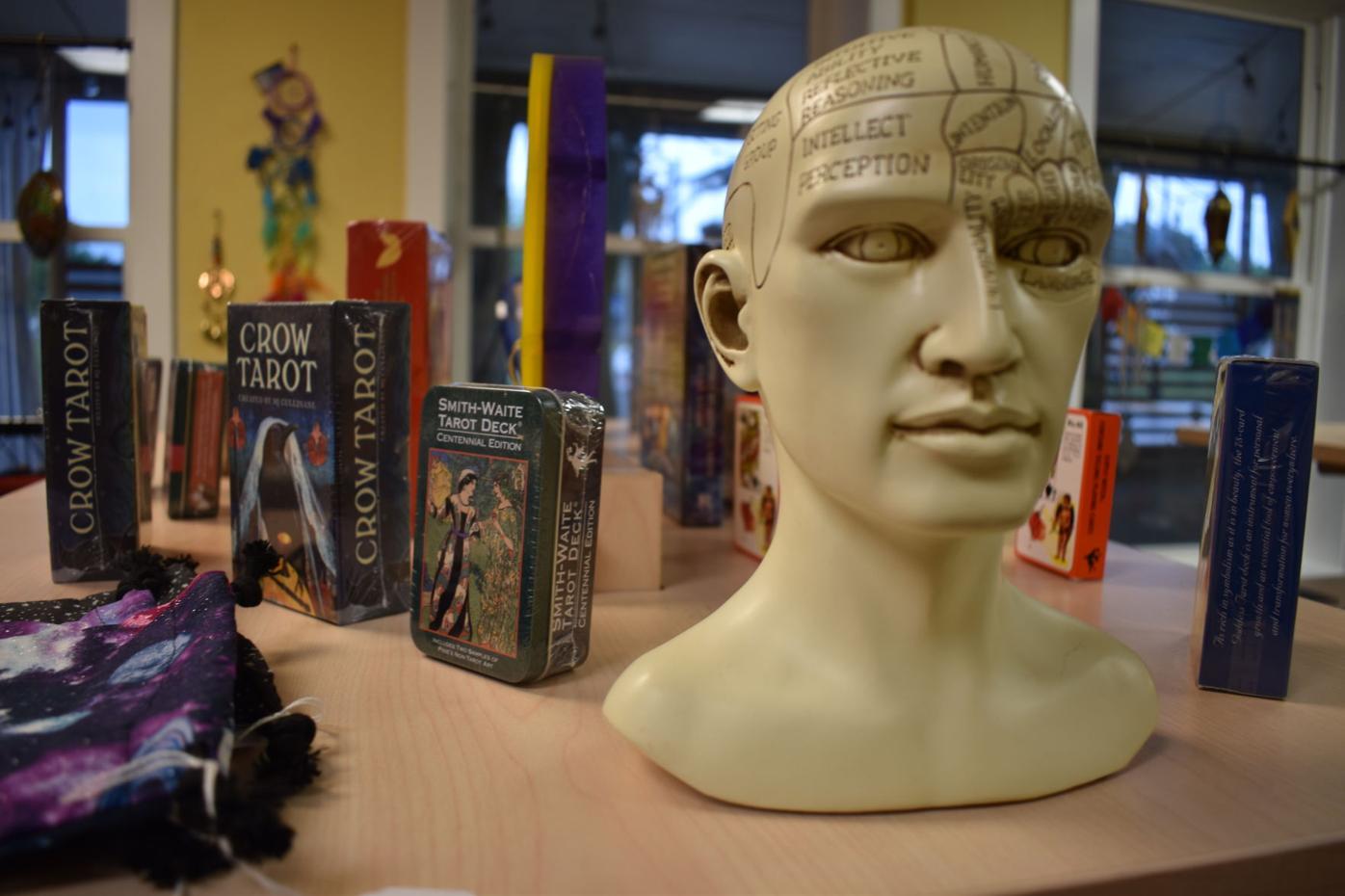 The buzz of crystals and the metaphysical has brought a lot more people into the practice.  Budding Butterfly owner Kristi Braswell says it's common for people of all ages to come into Budding Butterfly.

Budding Butterfly has lots of necklaces, bracelets, crystals and herbs to help balance your chakras, the body's energy system.

The buzz of crystals and the metaphysical has brought a lot more people into the practice.  Budding Butterfly owner Kristi Braswell says it's common for people of all ages to come into Budding Butterfly.

Metaphysical has gone mainstream with the landing of Budding Butterfly in downtown Sun Prairie.

The Main Street store, which opened in late May, has attracted a following with its selection of crystals, herbs, salts and jewelry that encourages healing and wellness.

But there’s no need to know about chakras, crystals or oracle cards when you step into the Budding Butterfly, says owner Kristi Braswell.

“We are all learning, and we are all on a journey,” says Braswell, who along with her assistant Angela Villand, will help novices as well as those in-the -know.

The metaphysical store is devoted to providing the tools to help people find their best spiritual self, Braswell says. Just like you would go to a hardware store to buy a hammer to build a house, Budding Butterfly has the items to build your spiritual self.

Lined up in little baskets in Budding Butterfly’s front window display are semiprecious stones that metaphysical fans say promote courage, love, acceptance, grounding and healing. Braswell says the best way to choose a crystal is to hold them and see if you feel a connection.

Toward the back of the Budding Butterfly shop are books on meditation, chakra, energy healing and reiki, along with tarot and oracle cards. Buddha statues calming look out over the retail shop as customers take in the incense, oils, herbs, candles and Tibetan singing bowls.

Want to balance your chakras? Maybe a bracelet or necklace with all the colors of the chakra wheel could help, Villand says. Braswell also likes to point people to the Ritual Spell Kits to curb heartache, bring hope, or fend off negative energy.

Braswell admits it is a lot to take in but says the motivation is simple.

“It’s about intention setting and where you want to go in your life, and these are the tools to use to stay centered and focused on what you want to get out of life,” Braswell says.

Healing helper Braswell wandered into a metaphysical shop more than five years ago after a divorce and found the experience comforting and calming.

“I was looking for healing and a connection with myself,” Braswell says. “I was drawn into these types of stores.”

After Braswell was downsized from her Madison corporate IT job of 17 years, the Georgia native decided to open a metaphysical shop and found the 101 E. Main St. Sun Prairie location. The former Department of Correction office had been vacant for more than two years after it was damaged in the July 2018 natural gas explosion.

“This building really needed some TLC and I felt this intersection, particularly after the explosion, needed new life,” says Braswell, who remodel the ground floor of the late 1800s building, which was one of the city’s first hotels.

She started renovations in 2019, piquing the curiosity of motorists on Main Street, by building wooden planter boxes on the west-facing porch and adding lights. COVID-19 restrictions delayed the Budding Butterfly opening, so Braswell concentrated on creating a space of calmness and good energy.

Customers like to sit out on the Budding Butterfly’s side porch, and Braswell even encourages customers from other businesses to stop by to check it out.

Braswell also transformed a dark-paneled office into a spot for private appointments with psychic medium Andrea Humphrey, who connects with spiritual guides, cross-over loved ones and the unseen world, as well as an animal communicator.

Braswell said the response to the psychic medium has been overwhelming with the July 25 appointments filling up, and more events and workshops planned.

Crystal connectionsThe healing powers of stones and semiprecious gems are an ancient tradition in many cultures across the world but there’s been an uptick in the modern world as celebrities and influencers rave about their favorite crystals.

Singer Adele reportedly uses them to keep her stage fright at bay and actress Kate Hudson keeps a bowl of heart-shaped rose-quartz crystals by her nightstand, People magazine reports. Songstress Stevie Nicks, who is often heard on the Budding Butterfly’s playlist, is also a crystal fan.

Recently TikTokers have become enamored by the stone moldavite for its “life-changing properties” which sent the prices sky high and out of reach for many.

But Braswell says not to worry because they can point crystal seekers into the direction of other more reasonably priced stones.

The buzz of crystals and the metaphysical has brought a lot more people into the practice. Braswell says it’s common for people of all ages to come into Budding Butterfly.

“I do find that people are looking for a new alternative to healing,” Braswell says. “We’ve seen people come in and you can tell the pandemic has taken a toll on them and they are searching for something that can bring about peace and self-love.”

Braswell says the candles, crystal, and more than 40 herbs in the shop, can be part of a ritual, that she has personally used to help ground herself.

“It’s about being mindful in the present moment, of all the sights, sounds and colors around you,” Braswell says.

She’s hoping that Budding Butterfly will provide that for others.

“This store was really about bettering myself, bettering my life and helping others,” Braswell says.