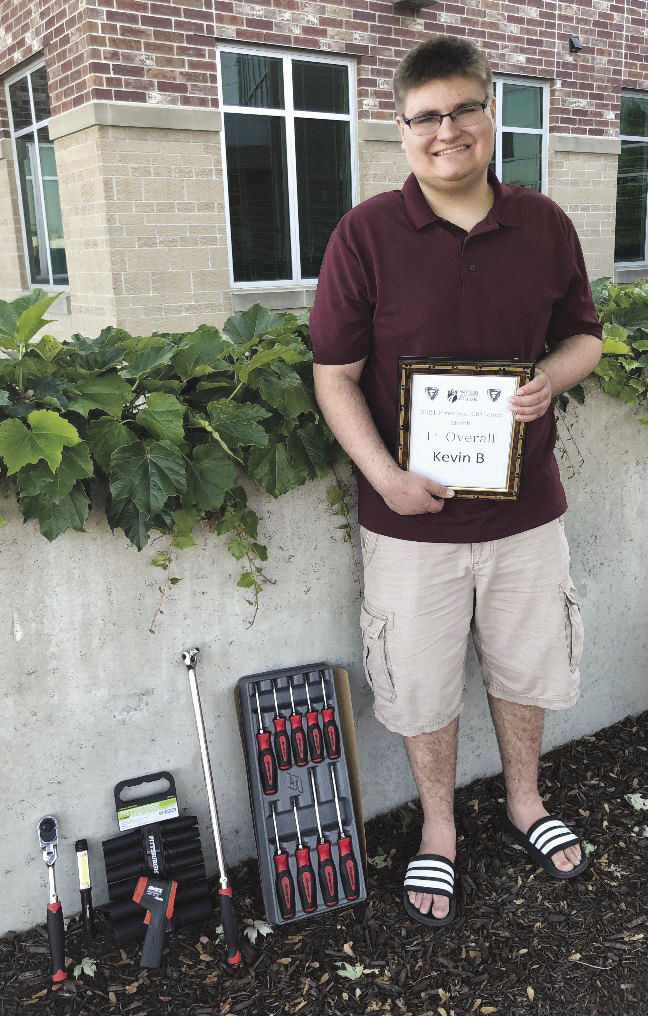 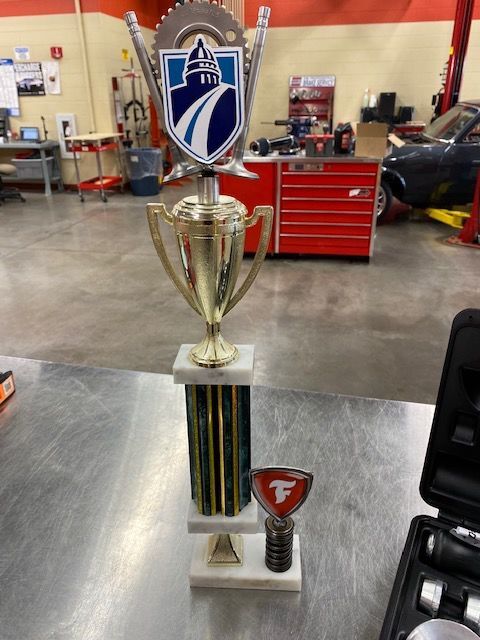 Kevin Banach had the highest individual score helping the Sun Prairie team place second and winning a 2006 Hyundai Sonata and tools for the school’s automotive program.

During a normal school year, the teens would have shown off their mechanic skills in an in-person competition at Madison College but like most things this past year, COVID threw a monkey wrench in those plans. Instead, Banach, Alvarado Venegas and Boyce has to prove their skills on online tests. Sun Prairie Automotive Instructor Jim Halvorson praised the teens’ effort.

“They did great work and really studied for this,” Halvorson said of the program hosted by Madison College.

The teens had to show their skills in electrical/electronic systems, engine performance, automatic transmission and more.

Banach, a senior, said he also had to know about things that weren’t taught in his class, leading to more study time before he took the online tests. Banach scored a 40, followed by Alvarado Venegas with a 37, both teens contributed to the SPHS second-place total score of 555, bested only by Jefferson High School.

Banach says he likes the engineering, science and physics of cars.

“It is fascinating how that all works together to create a safe and functional vehicle to operate,” he said.

After graduating from high school, Banach plans to go into the Automotive Tech program at MATC where he is eager to learn some hands-on skills that weren’t available during virtual learning. He said the Firestone Challenge win has boosted his confidence.

“If an opportunity presents itself don’t pass it by,” Banach said, “And if you need to work a little harder just do it because it will pay off.”

Learn more about the Firestone Challenge at https://sites.google.com/view/firestonechallenge/home