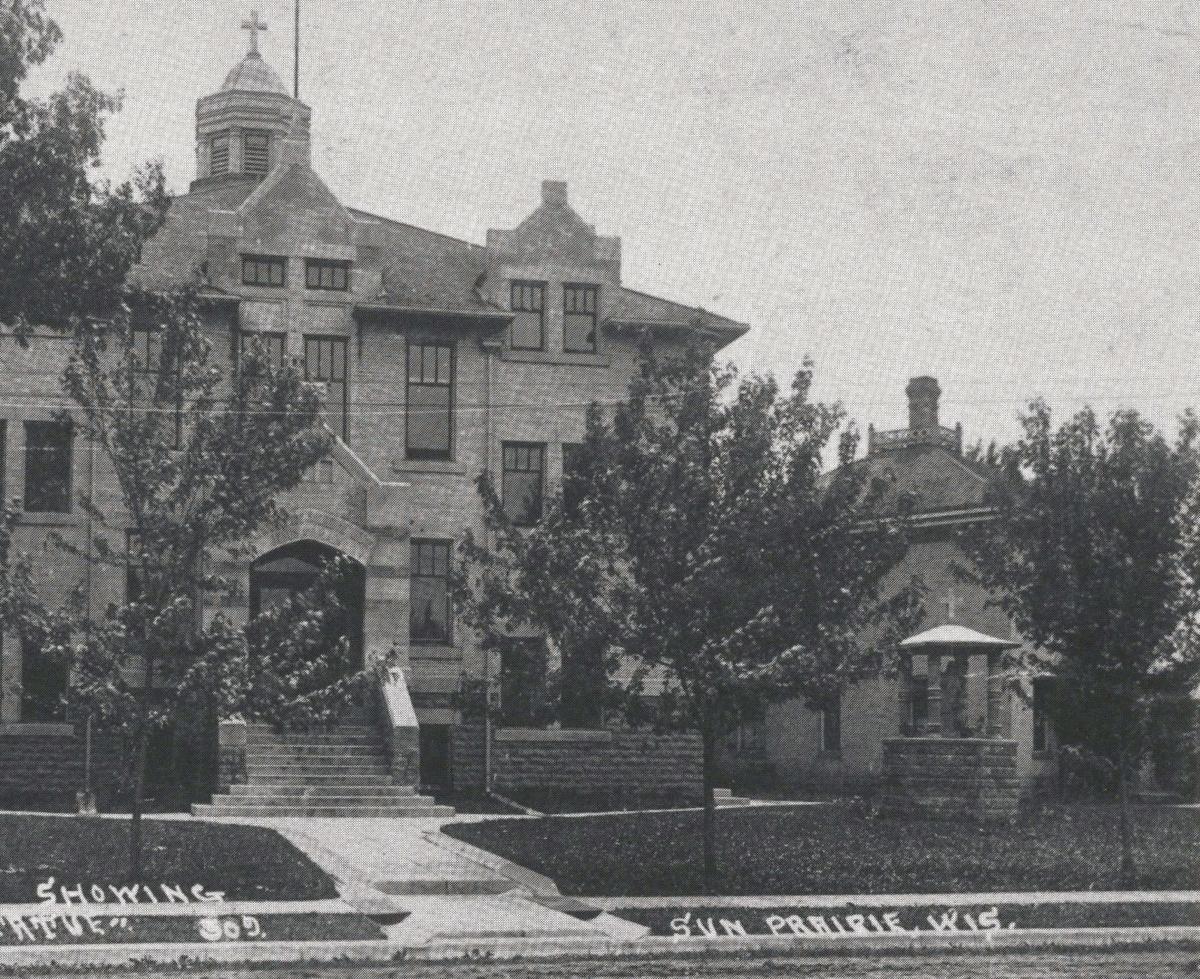 The Sacred Hearts School building was built in 1907 and housed four classrooms and an assembly hall. Previously, students attended classes in the church rectory which had been converted into a schoolhouse. 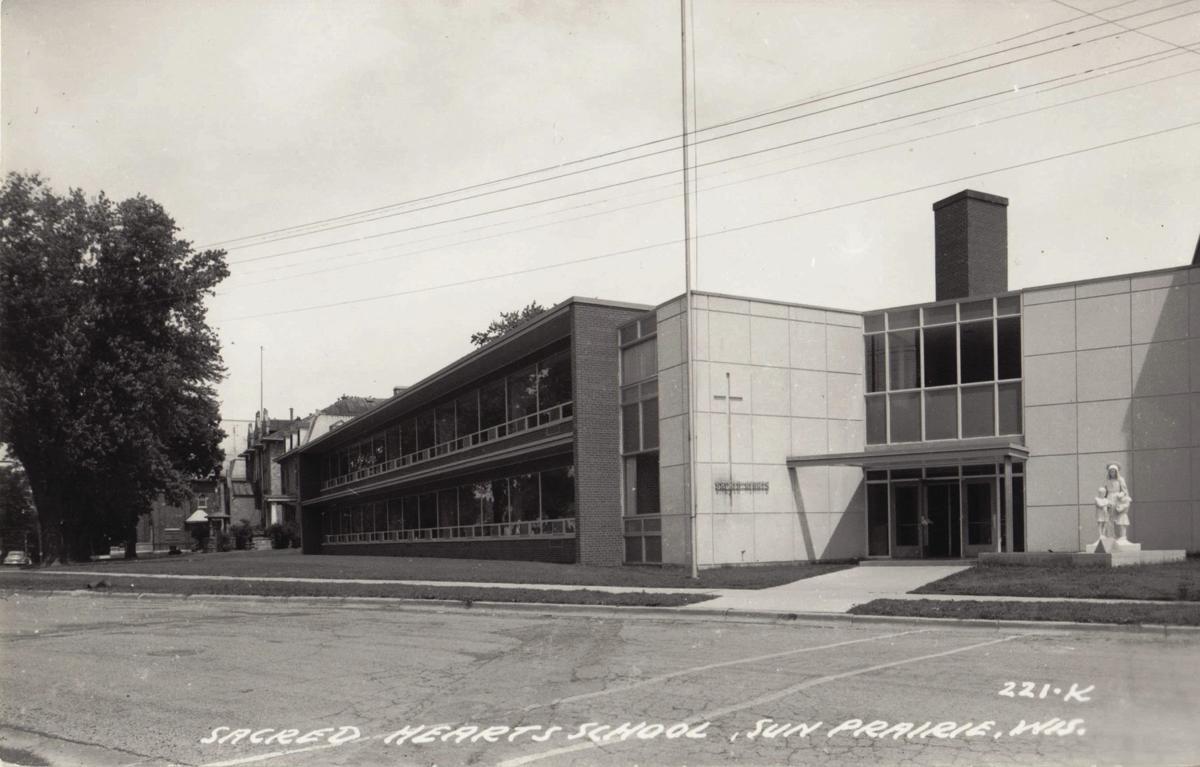 The current Sacred Hearts school building was built in 1957.

The Sacred Hearts School building was built in 1907 and housed four classrooms and an assembly hall. Previously, students attended classes in the church rectory which had been converted into a schoolhouse.

The current Sacred Hearts school building was built in 1957.

From holding classes in the church rectory-turned-schoolhouse to the school Sun Prairie residents can drive past on Columbus Street now, Sacred Hearts School has come a long way in its 125 years, yet still holds on to its traditions.

Sacred Hearts of Jesus and Mary Catholic School held its first day of classes on Oct. 12, 1892, and will celebrate its 125th anniversary this month.

“I think we have taken their philosophy of educating the child, not just in religion but also high academic standards, and we continue that tradition,” Conaway said.

The school has gone through some changes to get where it is today.

The first separate school building was built in 1907, and had four classrooms on the first floor, with an assembly hall for entertainment and activities on the second floor. Briefly, in the 1920s to 1930s, the school offered ninth and tenth grade for high school students.

In 1926, the parish hall was built as an addition to the school. The hall is now the school’s gymnasium and cafeteria.

The current school building was built in 1957. Sacred Hearts also began offering daycare in 1989. It has expanded since then, with an addition to the daycare and preschool building opening in 2010.

Of the more than 40 schools in the Catholic Diocese of Madison, Conaway said Sacred Hearts School is among the oldest and is one of the strongest.

“It’s just a really vibrant community,” Conaway said. “We have a lot of kids who are multigenerational — their parents came here, their grandparents came here — we also have an influx of people whose families are new to Sun Prairie.”

Sharon Ouimette, Sacred Hearts parish administrator, is among those who have had generations of family members attend Sacred Hearts School. She said her father attended through tenth grade, she herself attended and had her children attend.

Now, Ouimette’s grandchildren are students at the school.

“We were looking for both a Catholic and a scholastic education,” Ouimette said. “That’s probably why I wanted my children to go there and why I pushed my grandkids to go there.”

There have been some changes since Ouimette attended. She said now, the school has options for art, music and foreign language classes that weren’t there during her time.

Additionally, Ouimette said she attended Mass every day when she was in school; now, the students attend Mass once a week.

They also attend special Masses on holy days throughout the school year. One of those occasions is the tree lighting ceremony, usually held in the first week of December, that marks the beginning of the Advent season. Conaway said it’s one of the longest standing traditions at Sacred Hearts School.

As Sun Prairie grows, Conaway said Sacred Hearts School continues to grow, and the future of the school looks as strong as the past.

“I think we have a strong staff [that] is committed to the mission of the school,” she added.

Sacred Hearts School will celebrate its 125th anniversary on Sunday, Oct. 15 with a 9 a.m. Mass followed by an open house at the school from 10 a.m. to noon. Visitors can tour the school, enjoy cake and refreshments, or play games from 125 years ago.

Additionally, Conaway will display a collection of old memorabilia, such as old basketball uniforms, past yearbooks and gradebooks from the turn of the century.

The school’s mascot, Bruno the Crusader, and his sister character Ruby the Crusader, who is new this year, will also be at the open house with a photo booth available, Conaway said.