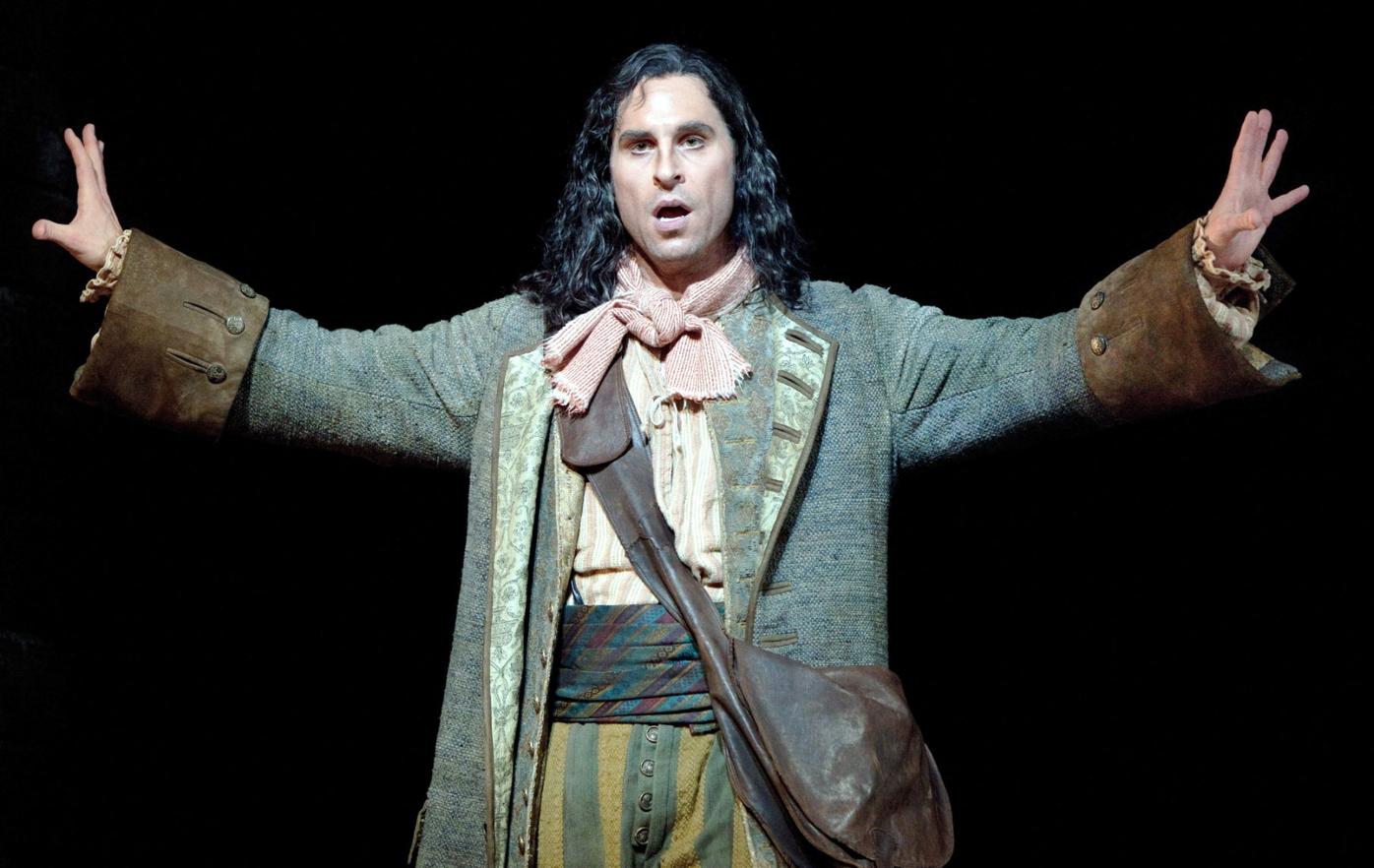 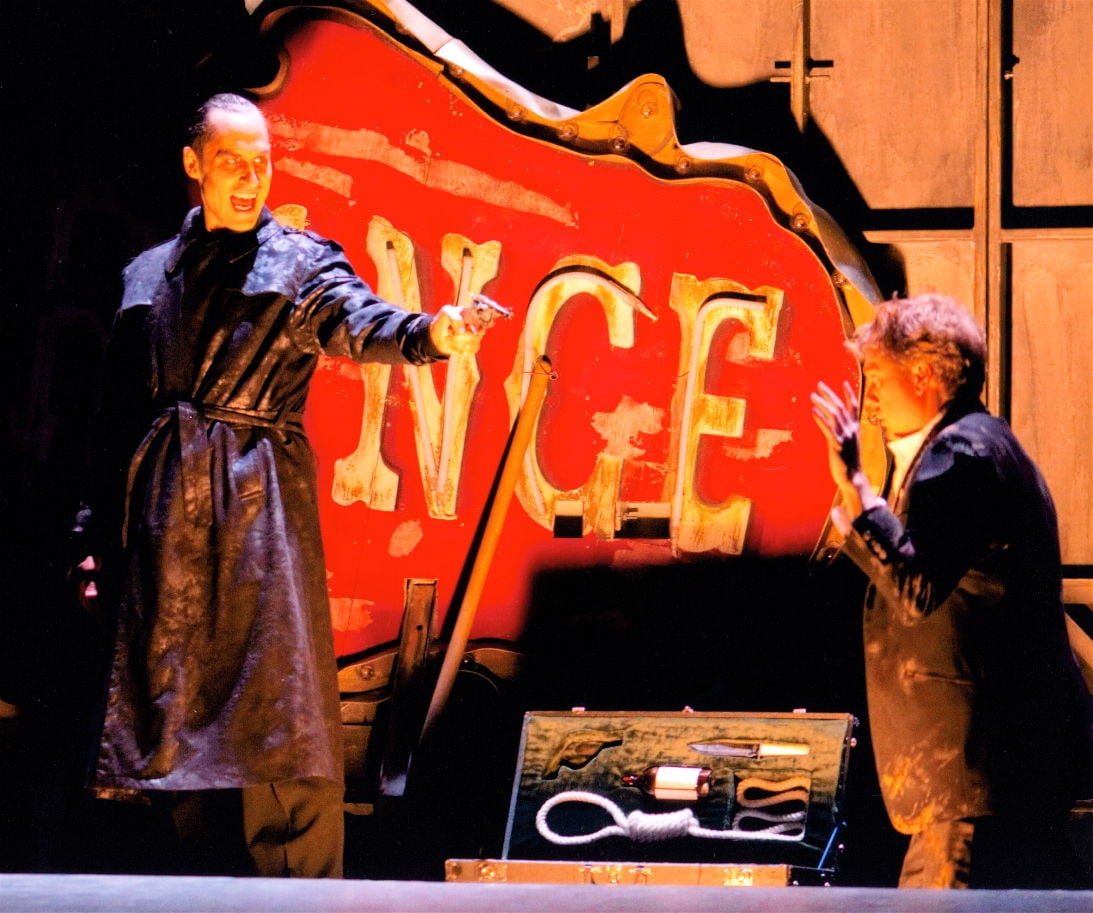 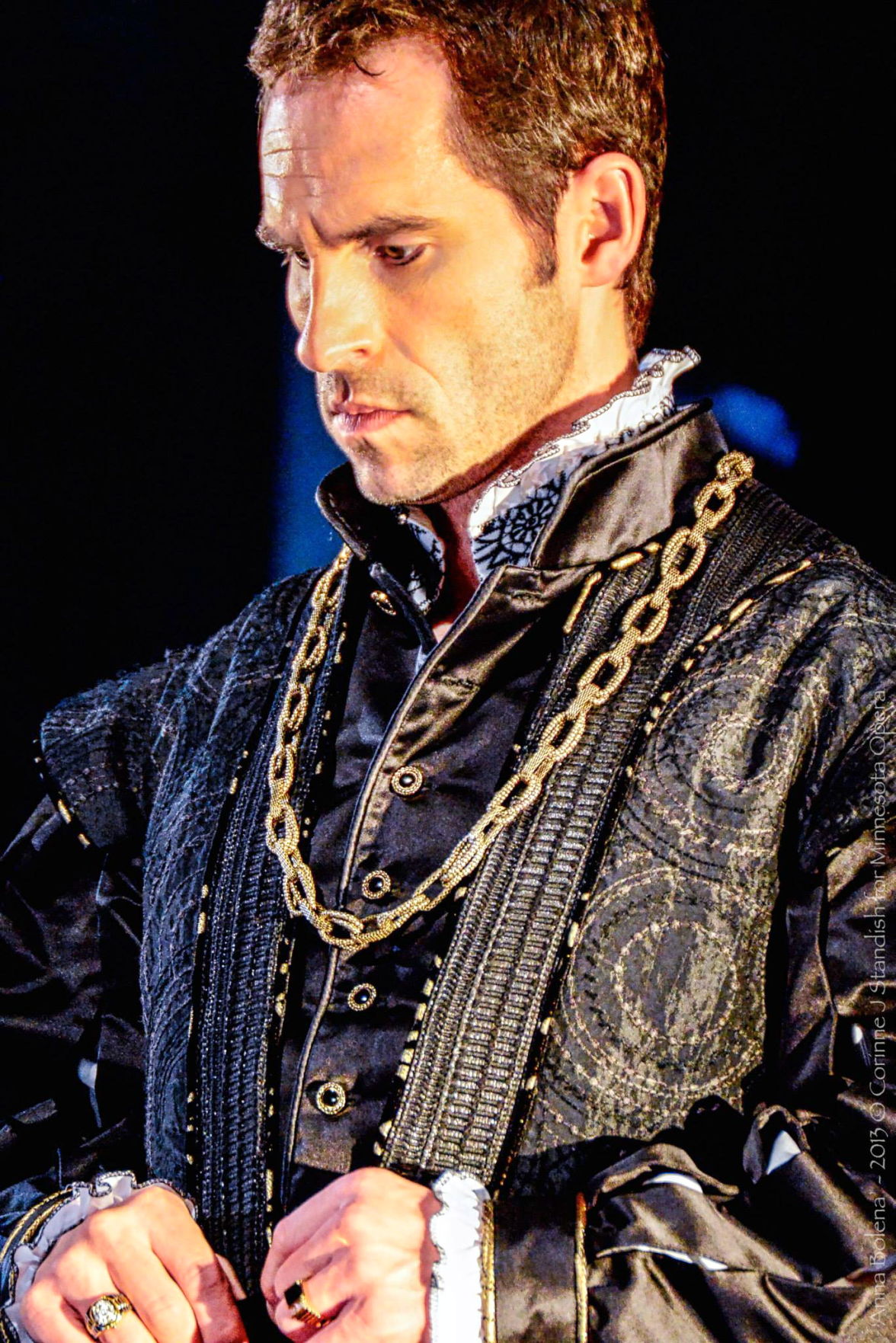 Sun Prairie's Kyle Ketelsen as Henry VIII in the opera "Anna Bolena" at the Minnesota Opera in Minneapolis.

Sun Prairie's Kyle Ketelsen as Henry VIII in the opera "Anna Bolena" at the Minnesota Opera in Minneapolis.

He’s performed on stages across the world singing in iconic roles in Carmen and Don Giovanni but if you're a neighbor of Sun Prairie resident Kyle Ketelsen, you would never know.

While living the life a suburban dad of two, he’s pretty low key.

On a warm summer day when he needs to practice, the house windows remain shut and Ketelsen jokes that he sings into a pillow or into a clenched fist rather than disturb the peace of the suburbs.

“I mean who wants to hear my voice blaring through their windows, they might be taking a nap,” Ketelsen says.

And yes, Ketelsen is an opera star.

The American bass-baritone has hit some of the most famous stages in the world-the Metropolitan Opera, Carnegie Hall, and the Royal Opera House Covent Garden in London, among others. He’s flexed his vocal cord around roles as varied as Figaro in Le Nozze di Figaro and Escamillio in Carmen.

So imagine Ketelsen’s “work day”— the glamorous toreador, Escamillio, woos the gypsy temptress Carmen away from her naive soldier love, José. Unable to bring her back to his heart, Jose kills Carmen in a jealous rage. So for Ketelsen, work is not just another boring day at the office.

For 16 years, Ketelsen has been forging a path in the operatic world but it came to him as an unlikely profession.

The Clinton, Iowa native grew up in a home where his mother found creative ways to expose her children to music—they all played instruments and the record player was often spinning the Beatles, Beach Boys and Neil Diamond.

The young man had aspirations of flying helicopters in the U.S. Army but his mom wasn’t too crazy about that profession, so Ketelsen compromised and spent six years in the Army National Guard. He did well, but it wasn’t for him.

After two years at the University of Iowa, Ketelsen began to be known for his singing but never considered it as a career until a voice teacher told him to go to the Indiana University and study opera with legendary performer Giorgio Tozzi.

“I was like ‘where’ and with ‘whom’,” Ketelsen said of his former clueless self.

The newbie arrived on famed Jacobs School of Music campus without any knowledge of opera, but soon found he had a knack for it. He said being totally inexperienced led him to where he is today.

“One of the things that made me a content professional singer was that in the beginning I never really expected much out of it. I never had a childhood dream of being an opera singer. So I approached it wide-eyed, naive and open to possibilities,” he mused.

This fall, the Sun Prairie resident will head to Munich, Germany in October to perform as Basilio in The Barber of Seville. It’s a well-known, popular opera, even gracing the soundtrack of Bugs Bunny cartoons.

At six feet tall and around 190 pounds, Ketelsen is a commanding presence-he’s classically handsome with strong dark angular features—which compliment his commanding voice.

But how does a Midwestern boy fit in with a long line of European male opera star with names like Giorgio, José and Luciano?

“Someone once said to me that they were surprised someone named Kyle could be a good opera singer—it was a backhanded compliment—but American opera singers are becoming better known and are seen as more versatile, and with a better work ethic,” Ketelsen said.

For months now, the Sun Prairie resident has been studying for a new role, one that will expand his voice into a new territory as Golaud in Pelléas et Mélisande. It’s a richer, dramatic role that Ketelsen hopes will guide him into a higher level of performance.

“I no longer have a young fragile voice, and I can do more challenging and demanding roles," he said. "I’m in my forties now and I am just entering the heyday of my career. I will be singing 25-30 years from now, so I need to grow.”

But he’s prepared with countless rehearsals, endless hours of studying musical scores in foreign tongues, and being in tip-top shape.

“It is very much like an athletic event when you are out there singing, it’s an entire body experience with breathing, sometimes running and climbing across the stage, so it pays to be in shape and when you get to know your voice, through trial and error, you get to know what you can and can’t do,” Ketelsen said.

Another thing that grounds him as a performer is having a normal family life with his wife Rebecca and children, Melanie, 12, and Benjamin, 9.

“Being successful in this profession takes a firm base at home," he said. “I always wanted to be a husband and father—that’s what is important to me and it is the only truth I have ever known.”

In Sun Prairie, Ketelsen’s fame isn’t known—sure he performs locally with the Madison Opera and has done some benefits with the Sun Prairie High School Jazz Band, but for the most part he’s low key. Rebecca, a professionally trained soprano herself, is a powerhouse in the community, volunteering and spearheading education and community activities in the city.

“In this city, I am definitely known as Rebecca’s husband, not a big opera star,” Ketelsen happily concedes.

Although he travels more than seven months of the year, this summer he has enjoyed being a stay-at-home dad, hanging out with his family before he’s on the road again.

His kids have traveled to Europe to see him perform, and Ketelsen believes the artistic beauty of opera has rubbed off on them.

“I think they appreciate what I do, but it’s not like my daughter is going to clear out Adele and Pink from her iPod to listen to opera,” Ketelsen jokes.

But he’s happy that fans across the United States and Europe gladly clamor for tickets to see him on stage. Since the last 1990s, opera has had one of the fastest growing audience of all music forms. For Ketelsen, that hits all the right notes.

“I think more people are appreciating opera and that’s important because music can unlock things inside you. It evokes feelings, it's the intangible things that can touch you inside and animate you,” Ketelsen said.