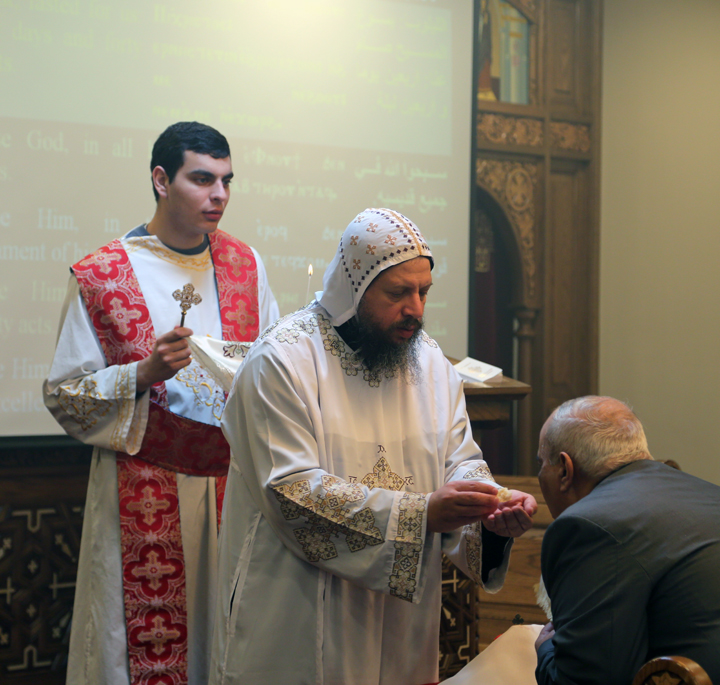 His Grace Bishop Youssef gives bread to a member of the congregation during Liturgy on Tuesday morning. 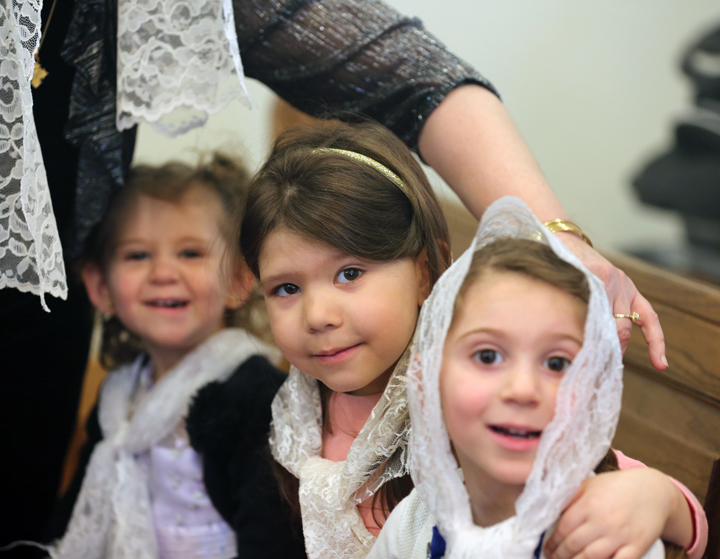 Three young members of the church during service. 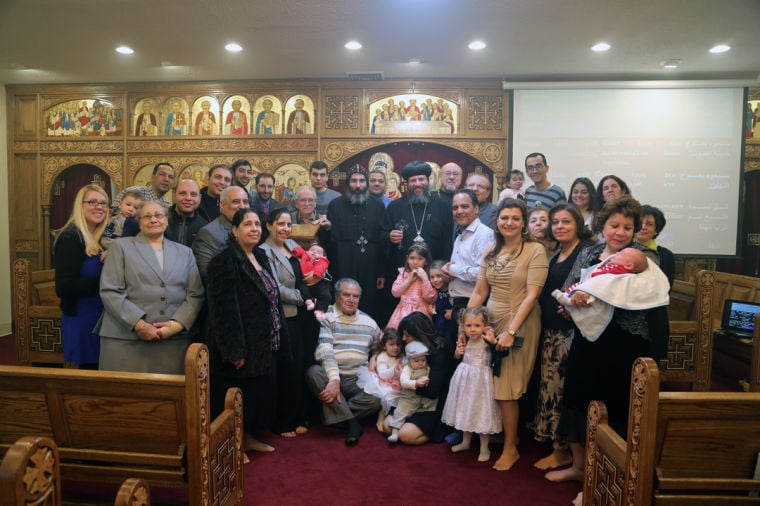 His Grace Bishop Youssef gives bread to a member of the congregation during Liturgy on Tuesday morning.

Three young members of the church during service.

In December 2013, CBS broadcasted a “60 Minutes” segment about Egypt’s Coptic Christians featuring visits to churches throughout Egypt, along with commentary and history of the religion.

While it answered many questions about the faith, it also enhanced the desire of its members to share the customs and traditions of one of the world’s oldest Christian communities.

For Awad Hanna, a professor at the University of Wisconsin-Madison, the segment inspired him to shed light on one of Sun Prairie’s best kept secrets – the St. Mary & St. Rewais Coptic Orthodox Church on Lois Drive, of which he is a member.

He did this in a way that his university connections made possible – by extending an invitation to His Grace Bishop Youssef, bishop of the Coptic Orthodox Diocese of the Southern United States, to share a lecture at the university on March 10.

The lecture was well attended, bringing in approximately 70 people interested in learning more about the religion.

But the visit didn’t end there.

On Tuesday, the bishop graced the Sun Prairie congregation with his presence during a morning Liturgy, and an evening meal and presentation.

It was an event that enhanced the church’s presence, Hanna said, and drew light on the fact that it is just one of two Coptic Orthodox Churches in the state.

The Coptic Orthodox Church was founded in 46 A.D. by St. Mark the Evangelist, one of 70 disciples of Jesus Christ, Youssef explained.

Coptic Christians, or “Copts” as they are often referred, make up approximately 10 to 15 percent of the Egyptian population.

Just a few years later, the first Coptic Church in the United States was established in Jersey City, N.J.

There are currently more than 350 Coptic Orthodox Churches in North America, with close to one million members.

Due to increasing difficulty faced by Copts in Egypt, the population of North American Coptic Churches continues to grow, Youssef said.

“The insecurity of Egypt, especially the Christians and how they suffered some discrimination or persecution, many people considered leaving Egypt,” the bishop said. “For example, in the two years since the revolution in 2011, many Christians left Egypt and the numbers in our churches I can say doubled or tripled because many Egyptians are leaving Egypt. This is the main reason, but there are many reasons.”

Youssef pointed to opportunity, freedom and education as other reasons some Copts have left their home country.

The Coptic Church is a very traditional church and is considered the least changed church since it was founded.

“With Orthodox, we keep the tradition and the teaching the same, and the rituals,” Youssef said. “ … The way we worship today is very, very close to the way the apostles worshipped.”

Sunday morning Liturgy follows the six steps outlined in the scripture of The Last Supper, during which Jesus Christ took bread, gave thanks, blessed the bread, sanctified it, broke it and gave it away, Youssef said.

Along with that tradition is the following of the Coptic Calendar, which was established in response to the persecution of Copts by Emperor Diocletian.

Although there were a total of 10 Roman emperors known for their brutal persecution of the Coptic Church, Diocletian was considered the “most brutal.”

To honor the memory of the hundreds of thousands of martyrs who lost their lives during the centuries of persecution, the Copts began the Coptic Calendar with the year 284 A.D. as its starting point.

“The main emperor who killed Christians, Emperor Diocletian, they took from the year of his enthronement to be the first year of the Coptic Christian calendar,” Youssef said.

The Coptic year begins on Sept. 11 and includes 12 months of 30 days each, as well as one intercalary month of five days (or six days on leap years), according to the Coptic Orthodox Church Network.

Copts celebrate Christmas on Jan. 7 and follow certain rules in determining when to celebrate Easter. This year, the Orthodox Easter and Catholic Easter will both be celebrated April 20.

Throughout each calendar year, Copts fast for more than 200 days, according to the Coptic Orthodox Diocese of the Southern United States.

During Holy Great Lent, the church fasts for 55 days, ending with the Holy Resurrection feast. Those 55 days include “the forty days, which were fasted by the Lord Himself,” the Passion Week, and an initial preparatory week.

“When God actually created Adam and Eve, He allowed them to eat vegetables and fruits,” Youssef said. “Then after the flood of Noah … that added to them the meat. So when we fast, we want to go to the state of the human in the Garden of Eden before the fall.”

Day in and day out, Copts pray following the Book of Hours, or “The Agpeya,” which contains seven prayers to be said throughout the day. The time of the prayers are arranged according to significant events in the life of Jesus Christ.

Incense and candles are often incorporated into prayer, which is done while facing east.

On Sunday’s, Divine Liturgy is done as a celebration, lasting several hours on Sunday mornings and afternoons. It often includes a feast.

The Sun Prairie church, made up of 25 families and more than a dozens students from UW-Madison, meets for Saturday Vespers at 6 p.m. and Sunday Liturgy at 9:30 am., followed by a meal prepared by families.

For Hanna, the church is more than a place to share faith – it is a social community built on trust, friendship and opportunities.

For information on the Coptic Orthodox Diocese of the Southern U.S., visit www.suscopts.org.

Lifestyle Editor of The Star newspaper in Sun Prairie, Wis.