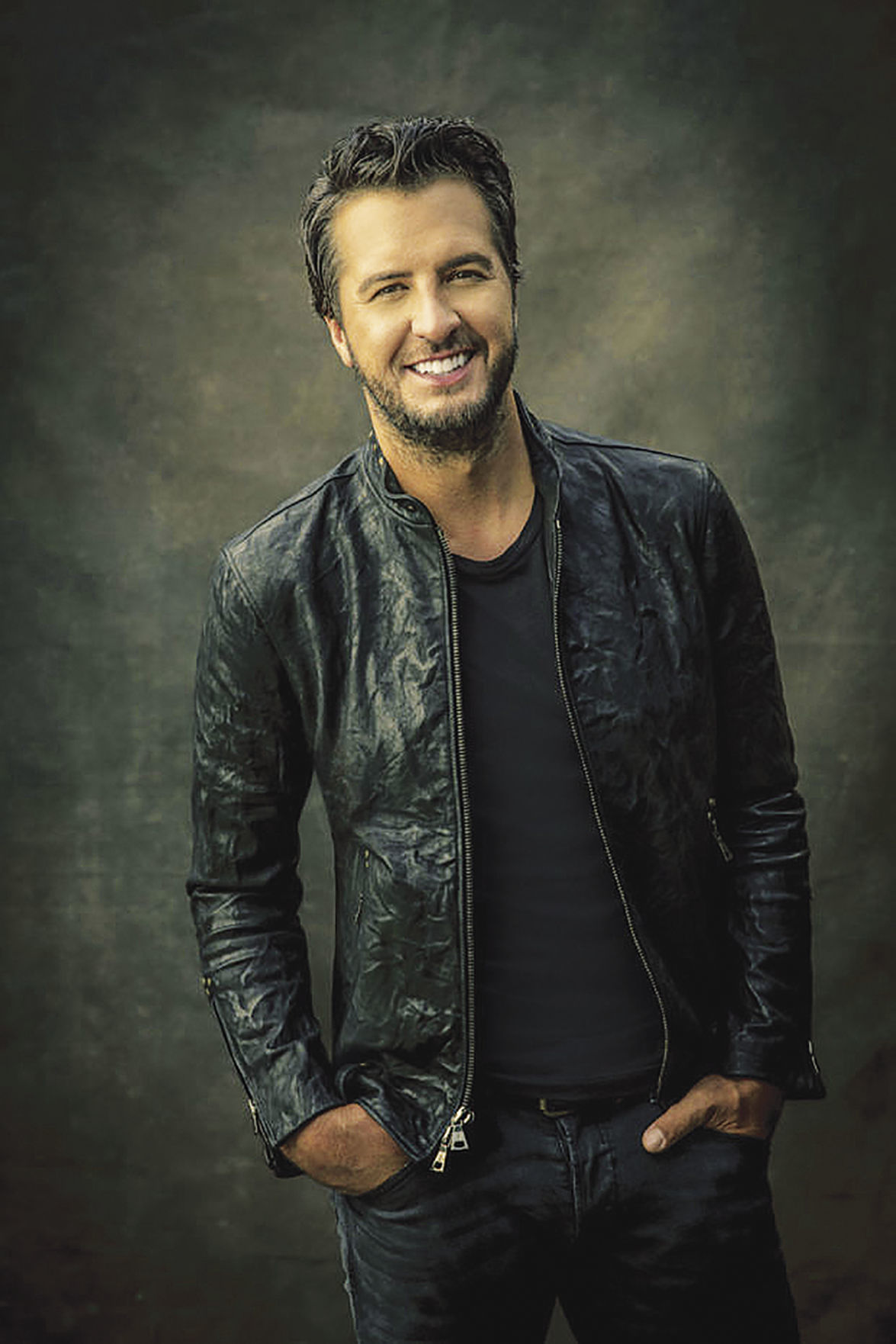 Officials connected with country musician Luke Bryan announced June 7 that all 20,000 tickets for his Sept. 26 Farm Tour concert at the Statz Bros. Farm in the Town of Sun Prairie had been sold — the day after they went on sale to the public. 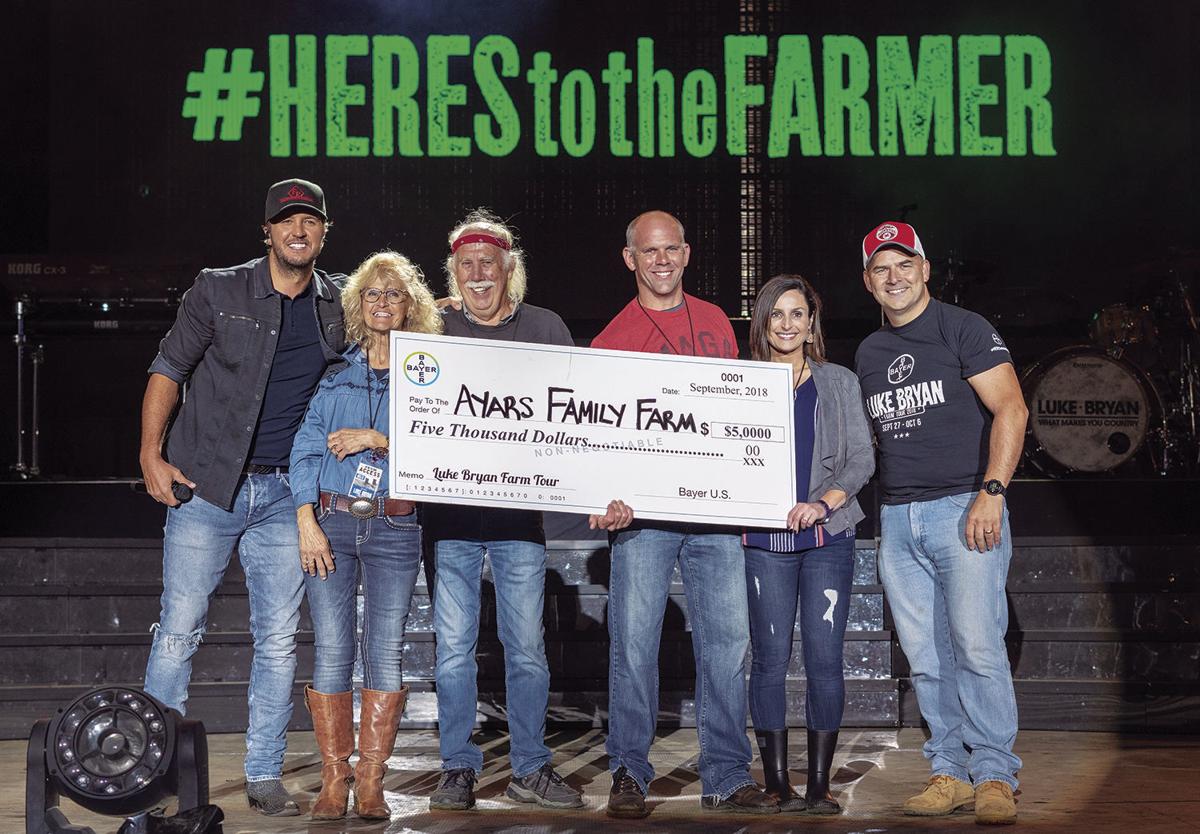 Luke Bryan (left) typically recognizes the family hosting the farm concert during the concert, and donates money to a deserving local farmer that he selects himself. 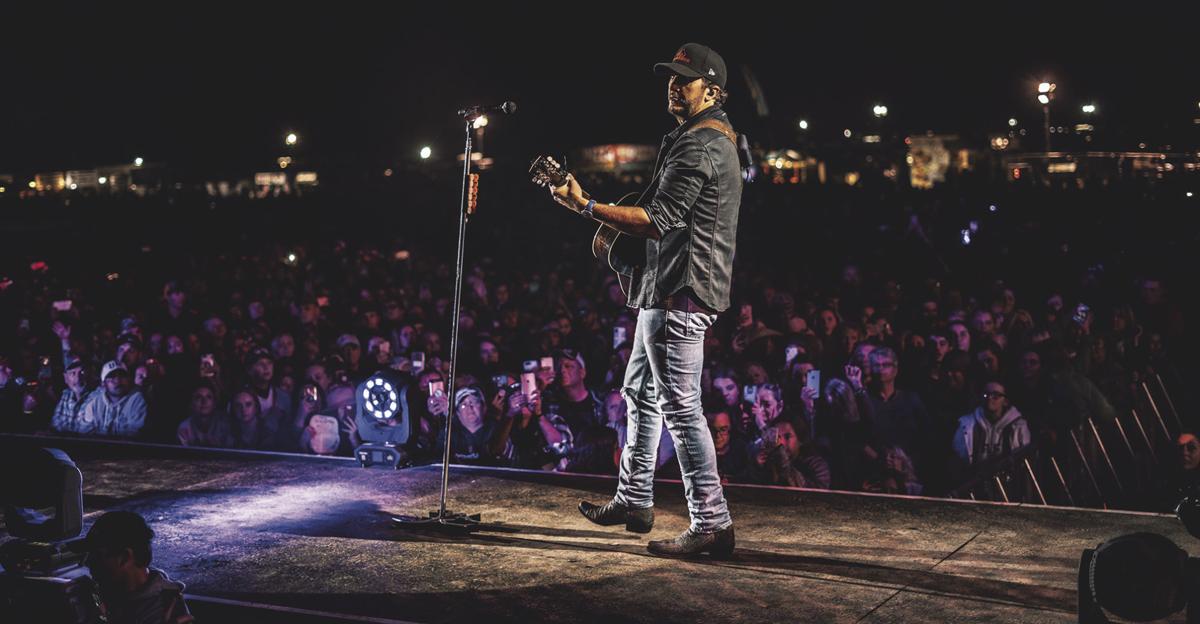 Officials connected with country musician Luke Bryan announced June 7 that all 20,000 tickets for his Sept. 26 Farm Tour concert at the Statz Bros. Farm in the Town of Sun Prairie had been sold — the day after they went on sale to the public.

Luke Bryan (left) typically recognizes the family hosting the farm concert during the concert, and donates money to a deserving local farmer that he selects himself.

Seeing Luke Bryan in concert on the Statz Bros. Farm in late September? 19,999 fans and you agreed — to use the title of one of Bryan’s best selling songs — “That’s My Kind of Night.”

On Friday, June 7 just after noon, the singer’s Farm Tour 2019 Facebook page posted the event had been sold out — less than 36 hours after ticket sales for the Sept. 26 concert began on June 6.

“I think the Farm Bureau had something to do with this,” remarked Joe Statz during an interview just days after the farm was announced as the site of the concert for the popular country singer and “American Idol” judge.

Statz said he believed because the farm had previously hosted Wisconsin Farm Technology Days, it showed the farm could host large events. The concert will be in roughly the same field where Farm Tech Days was held, with many of the same entrances and exits used to move people in and out of the site.

“The Farm Bureau asked us if we’d be interested, and we brought it to a manager’s meeting, and we decided we’d probably do that,” Statz recalled. “They had three farms that were in the running.”

At the end of November, officials from the tour — sponsored by Bayer — contacted the farm to let them know they had been selected to host this year.

“This is his 11th year doing this tour,” remarked Amanda Jolma, assistant manager at Statz Bros. Farm and farm contact for the tour. “It’s exciting that he’s finally coming to Wisconsin.”

As for the reaction to the announcement, well, it was pretty much what both Statz and Jolma expected. “Our phones have not stopped ringing for a week,” Statz said.

“That is unreal — the people who call and say ‘can we get some tickets?’ What do you think? I’m not Ticketmaster,” Statz said with a laugh, adding that the family was fortunate to get the 24 tickets that it received.

“We are not in charge of the ticket sales whatsoever,” Jolma said.

Statz and Jolma said officials from the tour have visited the farm twice.

“They looked at the site to see if it was something they could work with, and they were very pleased,” Statz remembered.

“They asked for 120 acres for the concert stage and parking,” Jolma said, adding that the tour brings in almost everything.

“They’ll be working with Dane County and Sun Prairie as far as EMS, but food vendors — all that travels along with them to all the different sites,” Jolma said.

“They have to be in Michigan the next day,” Statz said. “They’ll have it torn down during the night and be on their way.”

When it comes to the weather, Statz said the tour has only canceled one appearance due to weather. “We don’t want to be the second,” he said, adding that the issue of the weather will be discussed with the tour on the next visit.

“It’s all fenced in,” Statz said. “And all their vendors are all inside.”

Two opening acts yet to be announced, will come on at 6 p.m. and Bryan himself will perform at around 8 p.m.

“You can tailgate in the field,” Statz said, “but you can not grill or have glass bottles. And that will be one the ticket.”

“And it also says on his Farm Tour website — all the rules and regulations,” Jolma said.

“Those are Luke Bryan’s rules,” Statz said, adding that there is also no camping at the farm.

While there will be at least one more visit by Bryan’s concert officials to discuss logistics with local law enforcement and emergency officials, Statz credited City of Sun Prairie Economic Development Director Neil Stechschulte with making the contacts to meet with Bryan’s concert team.

“Neil’s really excited,” Statz said. “This could be big for Sun Prairie — this could bring a lot of business to Sun Prairie again for two days. I’ll bet you their hotels’ phones are ringing off the hook.”

Attempts to have Bryan’s team respond to questions by press time were unsuccessful, but Bryan has already publicly stated his reasons for the tour on his website.

“The idea behind this tour is to bring full production concerts to small towns that would not see larger scale shows,” Bryan said on his website. “Growing up in rural Georgia we had to drive to larger cities to see concerts. It is so exciting to watch each of these shows being built like a small city in itself in the empty pasture land of these farms. We can feel the pride from the people in these towns as well as the farmers, and it takes everyone coming together to pull them off.”

The Farm Tour began in 2009 to raise funds and awareness for farmers and farm towns. A portion of the proceeds go for college scholarships to students from agricultural families or are studying agriculture in school. More than 50 scholarships have been awarded and the annual shows have drawn more than 100,000 fans.

Bryan’s first nine albums have included 14 number-one hits including: “Rain is a Good Thing,” “I Don’t Want This Night to End,” “Drunk on You,” “Kiss Tomorrow Goodbye,” “Crash My Party,” “That’s My Kind of Night,” “Drink A Beer” and “Play it Again.”

The cows won’t care, Statz said. “It won’t disrupt them at all,” he said, referring to the farm’s massive dairy operation. A family-owned business since 1966, Statz Bros. Farm was founded by Donnie and Richard Statz and incorporated in 1971. The farm received first place in the Landmark 2013 Forage Bowl.

Statz Bros. produces 350,000 pounds of milk a day and an average of 105 million pounds in a month. The farm’s Holstein and Jersey cows are milked — roughly 4,300 of them — three times each day.

What does Bryan’s appearance at the Statz Bros. Farm mean to the state and the farm?

Statz agreed. “Anything that we can do to advertise in any way, shape or form dairy, or it doesn’t matter, agriculture period is very good to get us out there and exposed again,” he said. “Country music is a big thing and it’s good to show that we’re a part of that, too and get our name out there a little bit more.”

Does this put Statz Bros. on a list of sites capable of hosting big events?

“It shows that we are capable of hosting big events,” Jolma said. “So you never know what the future holds.”