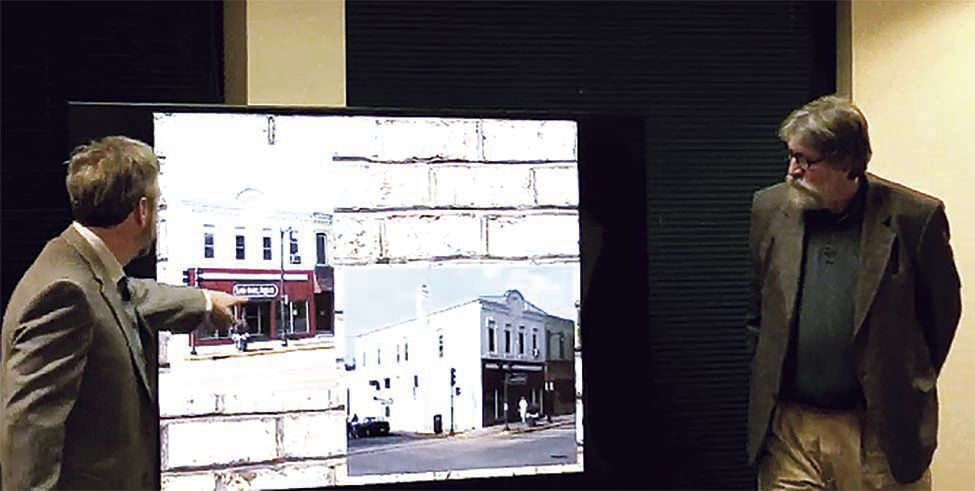 In early March, Adam Bougie (left) and Joe Powelka explained the architectural features of the Bougie Building, which is designed to be reminiscent of the former Glass Nickel building at the corner of Bristol and Main in downtown Sun Prairie. Alders approved a final development agreement at the June 16 city council meeting, but the building will still have to go through plan review and building design approval by the plan commission and city council. 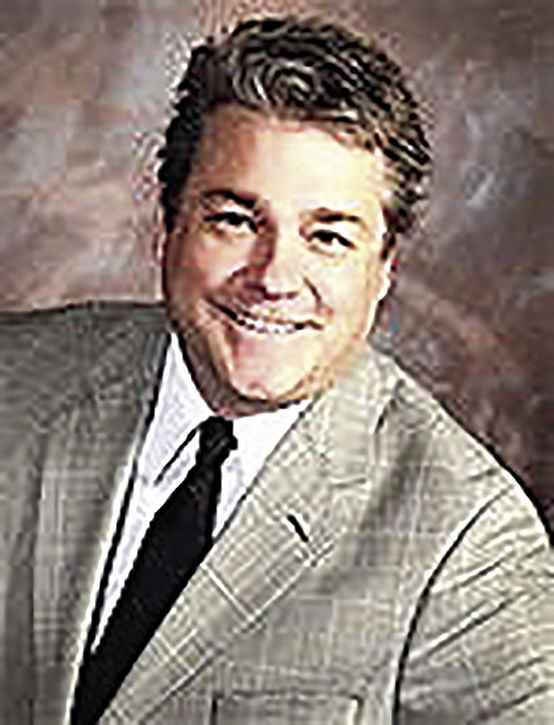 A memo from City Planner Sarah Sauer said the PIP will convert existing common space into three executive studios at Prairie Trail Residences in the Providence neighborhood. The modification will convert existing library and event space on the third floor of a three-story building into three efficiency units and modify an existing common space on the first floor to accommodate the new library space.

In 2014, the city approved an amendment of the Providence General Development Plan (GDP) to allow construction of a 63-unit apartment building on the subject site.

Due to parking and design concerns raised by the Sun Prairie Plan Commission during review of the PIP, final approval included a total of 54 units with both underground and surface parking provided onsite.

Crombie, who did not vote for the PIP when it was considered by the Sun Prairie Plan Commission, refused to support it during the council meeting.

Recalling the apartment development was the reason why he was elected to the council, Jacobs said developer Terrance Wall sold the neighborhood on the T Wall Properties development by telling them the community room space would include a fully stocked library.

“This is typical T Wall bait-and-switch,” Jacobs said, adding that he wouldn’t be surprised if this was Wall’s plan all along. He told alders he would not support it.

Alders agreed with Crombie and Jacobs, with only District 2 Alder Bob Jokisch voting to support the PIP.

Acting on a recommendation from city staff, alders approved the sale of $6.835 million in General Obligation Promissory Notes, Series 2020A.

The proposed issue includes financing for the following purposes:

• $720,000 to pay the cost of improvements to the city’s sanitary sewer system. The city expects to abate the payments due on this portion of the notes with revenues derived from operation of that system.

• $200,000 to pay the cost of acquiring vehicles and equipment. The city expects to abate the payments due on this portion of the notes with funds from its Fleet Replacement fund.

Alders approved an amendment to a Precise Implementation Plan (PIP) to construct an additional access lane along the north side of the materials yard at 355 S. Grand Ave.

Menards intends for the lane to provide an express entrance into the lumberyard for internet customers.

Alders also approved a PIP to construct a parking lot south of Costco at 2960 Hoepker Road. To be located on vacant land west of the private drive from Costco’s fuel station, the lot was approved in December 2011 as part of Costco’s 154,000 sq. ft. retail store, gas station, and 600 parking stalls.

The new lot will increase the total number of stalls on-site to 837 stalls by allowing for the construction of the 237 stalls off-premise in the lot south of the Costco retail store and west of the gas station. Alders approved both items as part of the council’s Consent Agenda.

The master agreement lays out responsibilities for the overall development, and describes the reporting requirements for the affordable housing units that the applicant intends to build on the property. Kugler said the city will be updated by Habitat on the progress of the 48 Habitat units in the plat.

Acting on a recommendation from the Committee of the Whole, alders unanimously approved a development agreement for the sale of publicly owned property and tax incremental finance assistance for a development project located at 402 E. Main St. as well as 109-111 Vine St.

Developer Adam Bougie will construct at least a 15,000 sq. ft. commercial and residential building on the lot, and intends to locate Glass Nickel Pizza on the ground floor, with more apartments located on two upper floors.

According to materials previously considered by the Community Development Authority (CDA) Advisory Board, the ground floor of the building would provide approximately 5,600 sq. ft. of restaurant/community space and an exterior patio for outside dining.

The finish level for the residential units would be high quality, with durable materials selected.

The City of Sun Prairie will make economic development incentive payments to Bougie in the amount of the Actual Tax Increment received by the city in the applicable year, up to a cumulative maximum of $357,410 over 9 years as long as Bougie completes footings and foundation for the project by no later than Dec. 31, 2020. Bougie must also receive separate city approvals for the proposed building through the city’s review process that includes Plan Commission review and Sun Prairie City Council approval.

Acting on a recommendation from the Sun Prairie Finance Committee, alders approved writing off $15,112.53 in bad debts from uncollectible ambulance payments owed to the city. The payments date back to 2014 and include three deceased individuals.