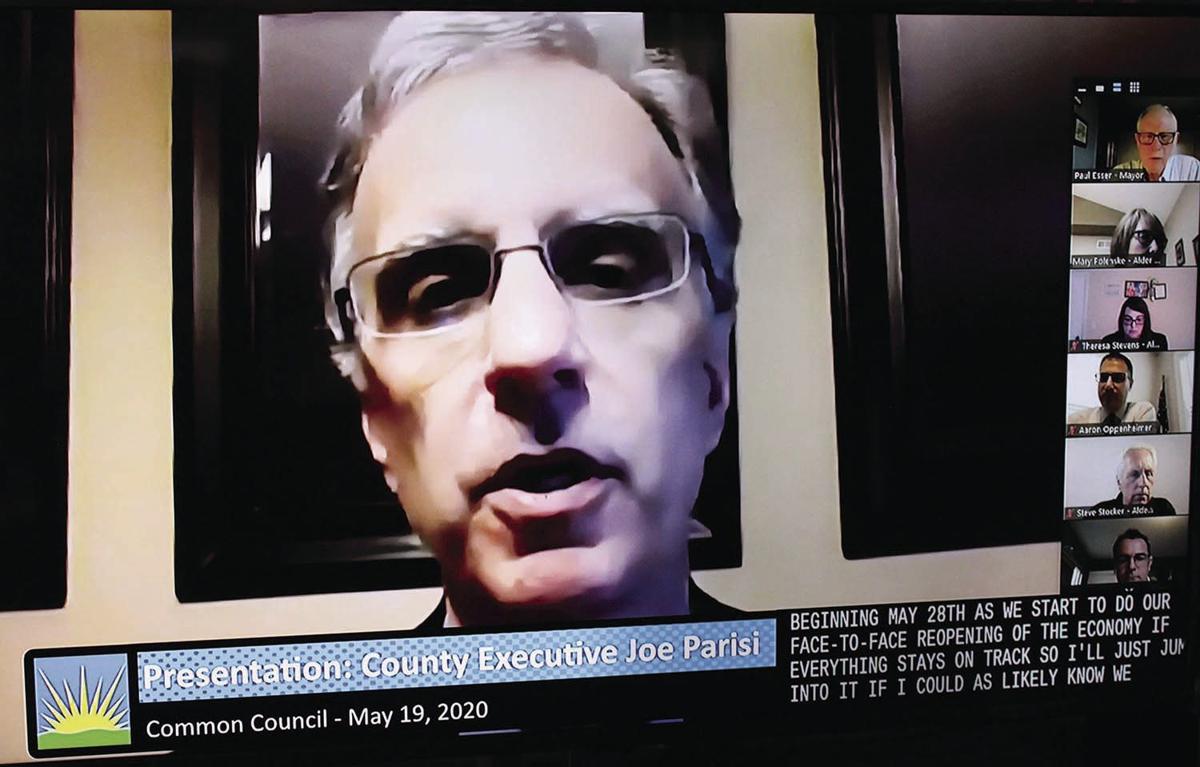 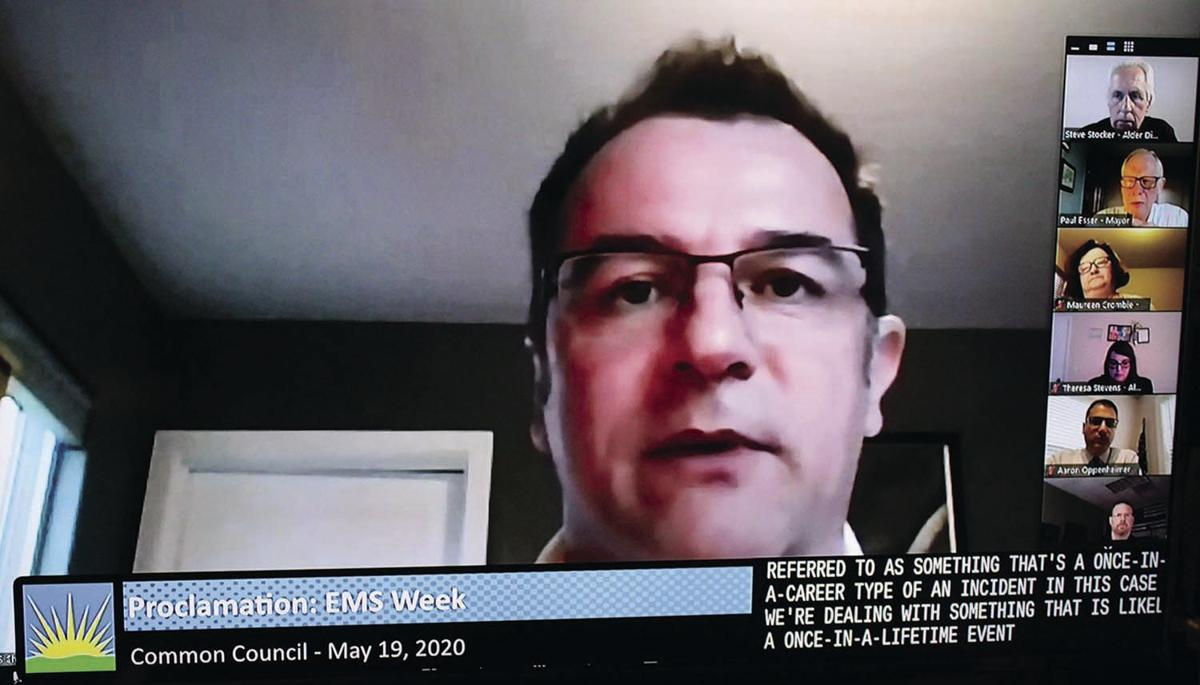 Among the initiatives announced was a partnership to provide food from local producers to county residents in need. “We’ve embarked on a 90 day partnership with Second Harvest Food Bank,” Parisi told the council.

The county has provided $3 million to acquire more food from local producers. At this point, Second Harvest has been able to acquire 95 percent of food from local growers and county may need to expand partnership beyond 90 days, according to Parisi.

The county was quick in reacting to COVID-19, and managed to provide funding for housing and child care assistance as well as putting more than 400 homeless in local hotels and the Warner Park Community Center. It also made the Alliant Energy Center available for use as a field hospital, storage for Second Harvest and use as a COVID-19 testing site by the Wisconsin National Guard.

Alders complimented Parisi on his response and visibility on the county’s COVID-19 pandemic response.

“I’m inspired by what I see in our community every day,” Parisi told alders, adding that he hears stories about people stepping up and helping one another. “I think there’s so much to be proud of.”

Esser and alders praised the Sun Prairie Emergency Medical Service (EMS) for its response to the COVID-19 pandemic.

Sun Prairie EMS Chief Brian Goff said the paramedics from Sun Prairie EMS has been solid. “I would also like to take a moment and take note of the fact that something like this . . . we cannot do this without partnerships,” Goff said.

“We appreciate all they do for us,” Esser said, referring to Sun Prairie EMS.

“What an amazing consortium,” Stocker said, adding that the timing of it was impeccable with the COVID-19 pandemic. “It’s reassuring for all the citizens who watch what a great team we have.”

Police Chief Mike Steffes added his thanks to alders, noting that he’s only been on the job in Sun Prairie for five months as chief but has been honored to serve with the men and women of the Sun Prairie Police Department.

Esser proclaimed the week of May 17th as National Public Works Week in Sun Prairie and urged all citizens to join with representatives of the American Public Works Association and government agencies in activities, events and ceremonies designed to “pay tribute to our public works professionals, engineers, managers and employees and to recognize the substantial contributions they make to protecting our national health, safety, and quality of life.”

The agreement includes a cost share arrangement where the city would cause and oversee construction of the improvements, with SPASD reimbursing the city for all work at Grand-Blue Heron, and for all work above and beyond the correction of existing deficiencies at Grand-Windsor.

City Community Development Director Scott Kugler said existing deficiencies at Grand-Windsor will cost $339,300, which would need to be incorporated into the 10-year Capitol Improvement Plan (CIP) for the city. Kugler said a traffic impact analysis (TIA) uncovered the deficiencies that include the need to extend turning lanes at the intersection.

The fees for the school’s on-site public improvements include:

Alders approved a General Development Plan (GDP) amendment of the Smith’s Crossing GDP to allow for daycare center uses within the office/business space district, and a Precise Implementation Plan (PIP) to allow Salman Ahmad to construct a single-story daycare with space for 152 children at 2552 Jenny Wren Trail.