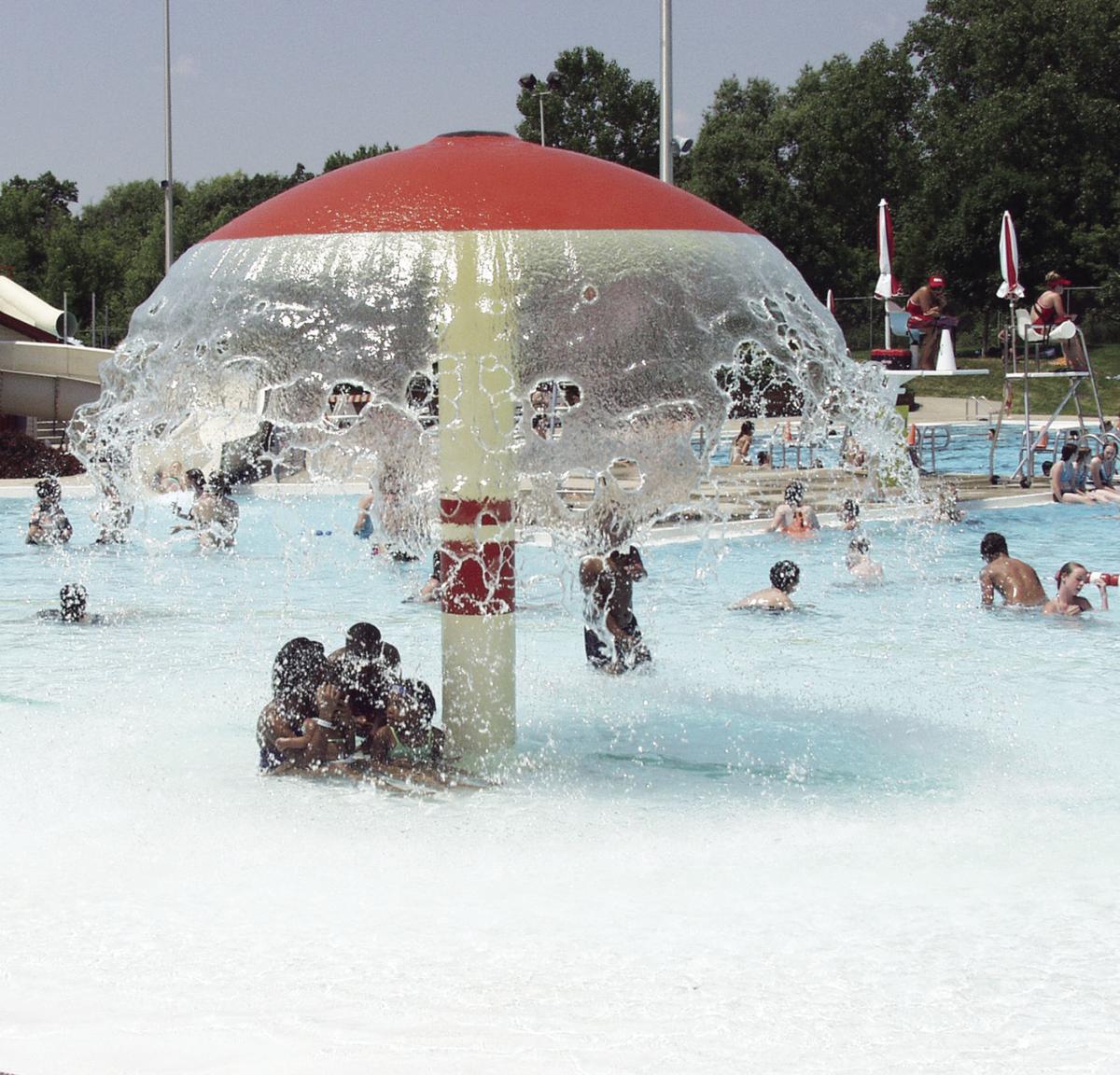 Sun Prairie officials say the uncertainty of keeping people safe from the COVID-19 virus drove their decision to shut down the Sun Prairie Aquatic Center (above) that was slated to open July 1. 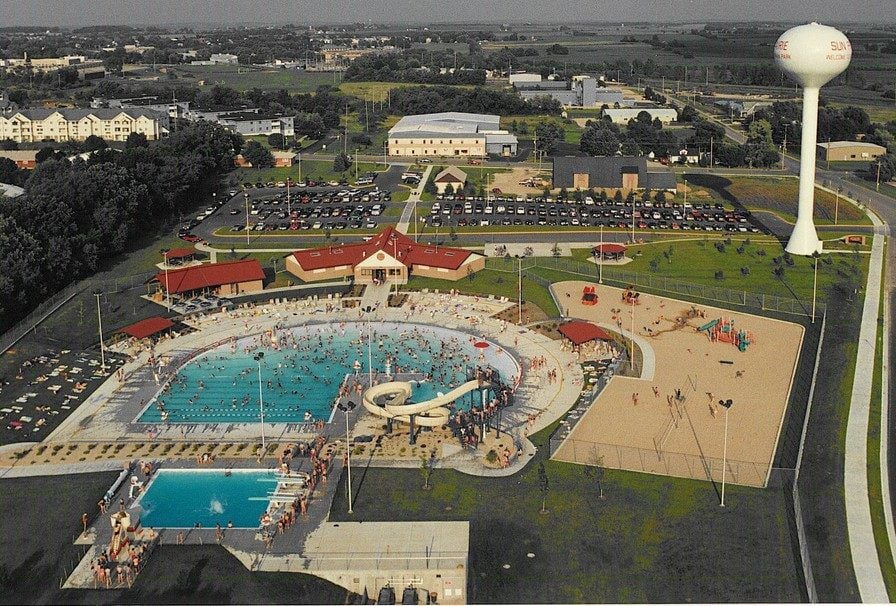 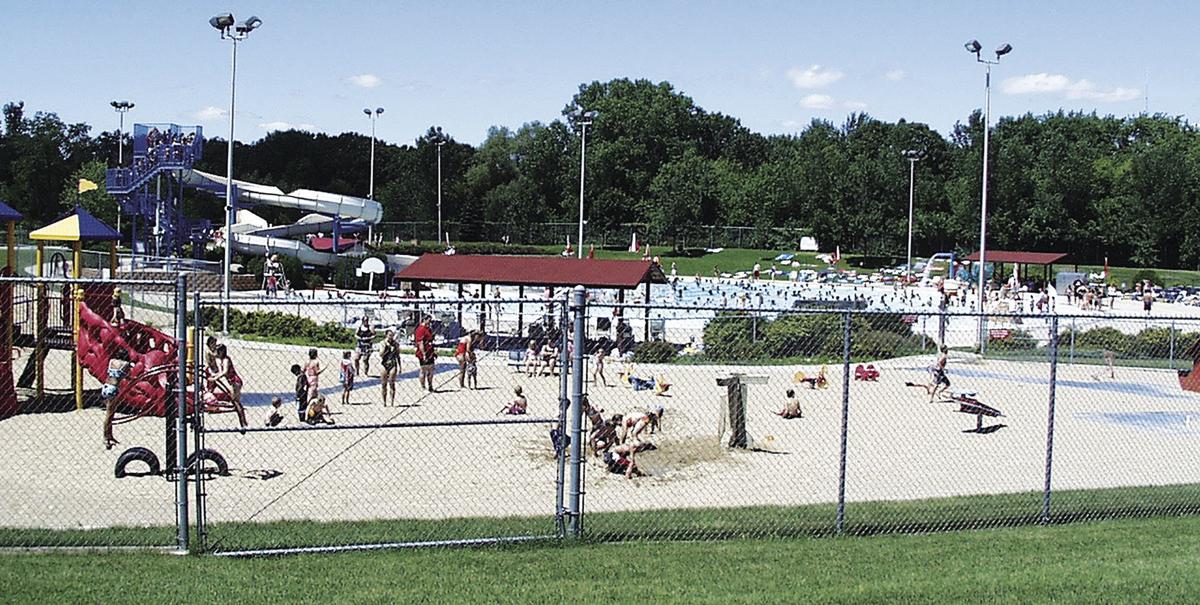 The Sun Prairie Family Aquatic Center features a diving well with a drop slide, a zero depth entry pool with competition lanes and a large circular slide. The center also has a concession stand, bath house, sand play area and a playground.

Sun Prairie officials say the uncertainty of keeping people safe from the COVID-19 virus drove their decision to shut down the Sun Prairie Aquatic Center (above) that was slated to open July 1.

The Sun Prairie Family Aquatic Center features a diving well with a drop slide, a zero depth entry pool with competition lanes and a large circular slide. The center also has a concession stand, bath house, sand play area and a playground.

The City of Sun Prairie Aquatic Center won’t open this summer, another causality of the COVID-19 pandemic.

City officials say the uncertainty of keeping people safe from the virus drove their decision to shut down the popular city attraction that was slated to open this year on July 1.

The decision will likely disappoint hundreds of kids who looked forward to swimming lessons and pool outings during a summer that has already seen mass cancellations of events, programs, and festivals.

A Sun Prairie Parks, Recreation & Forestry (SPPRF) online survey in May found that the majority of people showed support for opening the pool.

SPPRF Director Kristin Grissom said even with following public health reduced capacity recommendations the Sun Prairie pool could still see up to 300 people a day and based on the facilities layout and other requirements there were serious concerns of COVID-19.

“I hear and feel for the community—I’m an advocate for swim team and for people learning how to swim— but at the end of the day this is such an unprecedented situation and I think we have to keep the health and safety of the community the top priority,” Grissom said.

Phase 3 of the Badger Bounce Back Plan, which outlines the safest approach for pool openings, isn’t expected until after July 1, and Grissom said the uncertainty of the timeline is a challenge with a four to five week lead time needed to hire, train and certify staff.

Alders approved the aquatic center’s 2020 closure at the May 19 Committee of the Whole meeting.

“Deciding to close the pool for the whole summer is a drastic step that doesn’t allow the current situation to play out,” Gunnick said.

Gunnick’s pro-pool opening comments were read at the May 19 Committee Whole meeting. The city is meeting virtually because of COVID-19 pandemic and Gunnick couldn’t participate.

“While I understand that, ultimately the city’s mission is to provide services for families of all economic abilities and give parents of all income choices, not keeping people safe from a virus,” Gunnick said. “The city can’t ensure safety, even at a crosswalk or at a traffic circle.”

He advocated for the aquatic center’s opening to help kids who have dealt with upheaval in their lives with virtual schooling, sports programs shut down, and isolation from their friends during Wisconsin’s Safer at Home order.

“Kids are going to need a mental health outlet this summer,” Gunnick said. “Especially when the days get longer and hotter.”

The SPPRF Department surveyed residents in its database in May and 60 percent favored opening the aquatic center, Grissom said.

A May 13 public health document gave pool operators recommendations for opening at limited capacity—ranging from 10-50 percent. Sun Prairie’s Aquatic Center capacity is 1,200 people and Grissom said the city couldn’t effectively mitigate the risk of the virus transmission in shower and locker rooms, restrooms and the entrance.

Hiring staff to enforce social distancing was also not in the budget and Grissom said there were projected revenue losses with limiting attendance.

City staff was also concerned that limiting aquatic center attendance would reveal serious inequities for people who didn’t have internet to sign up for a spot.

Grissom said almost a dozen other Wisconsin municipalities have decided to delay opening or close pools for the 2020 season, including Baraboo, Oshkosh and Eau Claire, while others have announced plans to open.

“Every municipal pool is different,” Grissom said. “There can’t be a blanket decision for every pool because the situations are so different.”

The Sun Prairie Aquatic Center has around 20,000-30,000 visitors per season, Grissom said.

The city will use the estimate $50,000 it will save by the closing to complete pool projects and boost other Park and Rec programs, including drive-in movies in the aquatic center parking lot, virtual events, and distribution of activity kits to Sun Prairie kids.

Grissom said the city is also refocusing efforts on other recreation options.

“We are working hard to get our park facilities back online so those spaces can be great options for summer recreation,” Grissom said. “We will be focusing efforts on providing alternate programming options for families and will be rolling that out in mid-June. Health and Safety are our top priority for the community and by this action, we hope to play our part in keeping the community safe.”