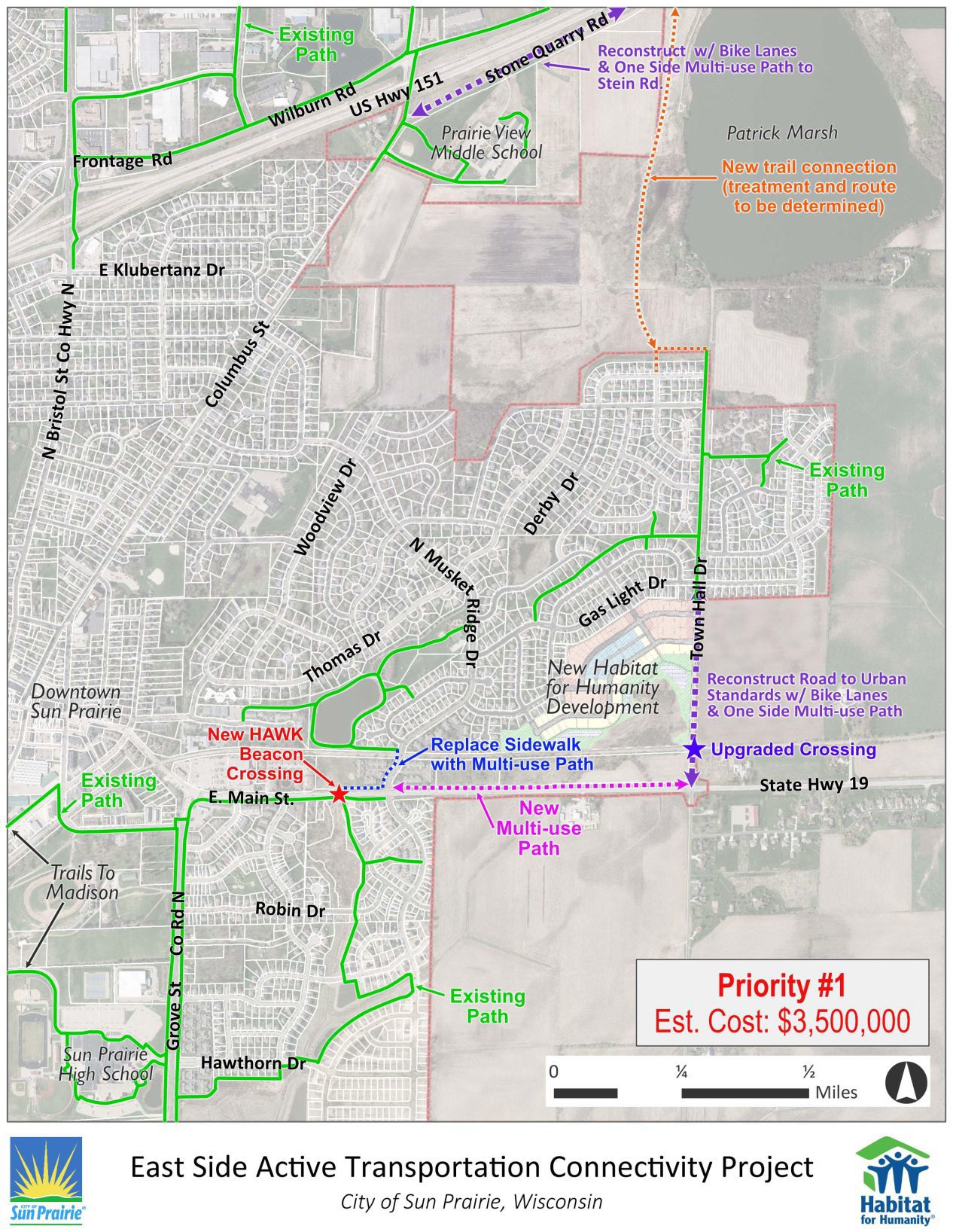 The map shows connections that could be made if the City of Sun Prairie received Wisconsin Department of Transportation (WisDOT) grant funding. 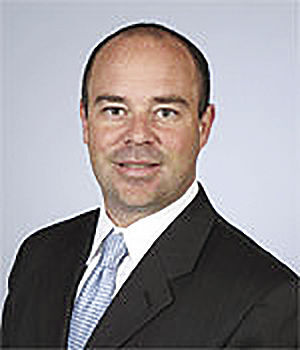 The city has an east side bike/walk path project on its wish list as it applies for more than $75 million in Wisconsin Department of Transportation (WisDOT) grants.

The $3.5 million project would close up multi-use path gaps on Town Hall Drive and Stone Quarry Road near residential areas and the new Habitat for Humanity development.

It’s just one of three projects the city is eyeing if it gets state funds.

City officials said getting the grant may be a long shot but it wants to be ready if the city is approved. The city has until Dec. 6 to apply for the local government transportation grants.

State officials say it will be a very competitive process.

The project selection process for the $75 million Multimodal Local Supplement grant program will include local government committees. The selection will be competitive and involve stakeholder input and review. Projects will rate higher if they demonstrate economic impact, provide greater connectivity or are shown to have greater cost-effectiveness than other options.

“The MLS grant program is designed to address a range of possible projects and puts the decision-making in the hands of the locals,” WisDOT Secretary-designee Craig Thompson said in a press release announcing the application deadline for the funding.

The funds can be used for roads, bridges, bicycle and pedestrian and railroad projects.

Another project the city is considering for the grant is a new trail connection from County Highway C through Shonas Highlands Park and HAWK (High-Intensity Activated) crosswalk across the highway.

A $3.3 million project to create a street connection between Clarmar Drive and Bailey Road is also being considered for WisDOT grant funding. City officials said that will improve access to the city’s wastewater treatment and salt storage facility and give motorists another north/south connection.