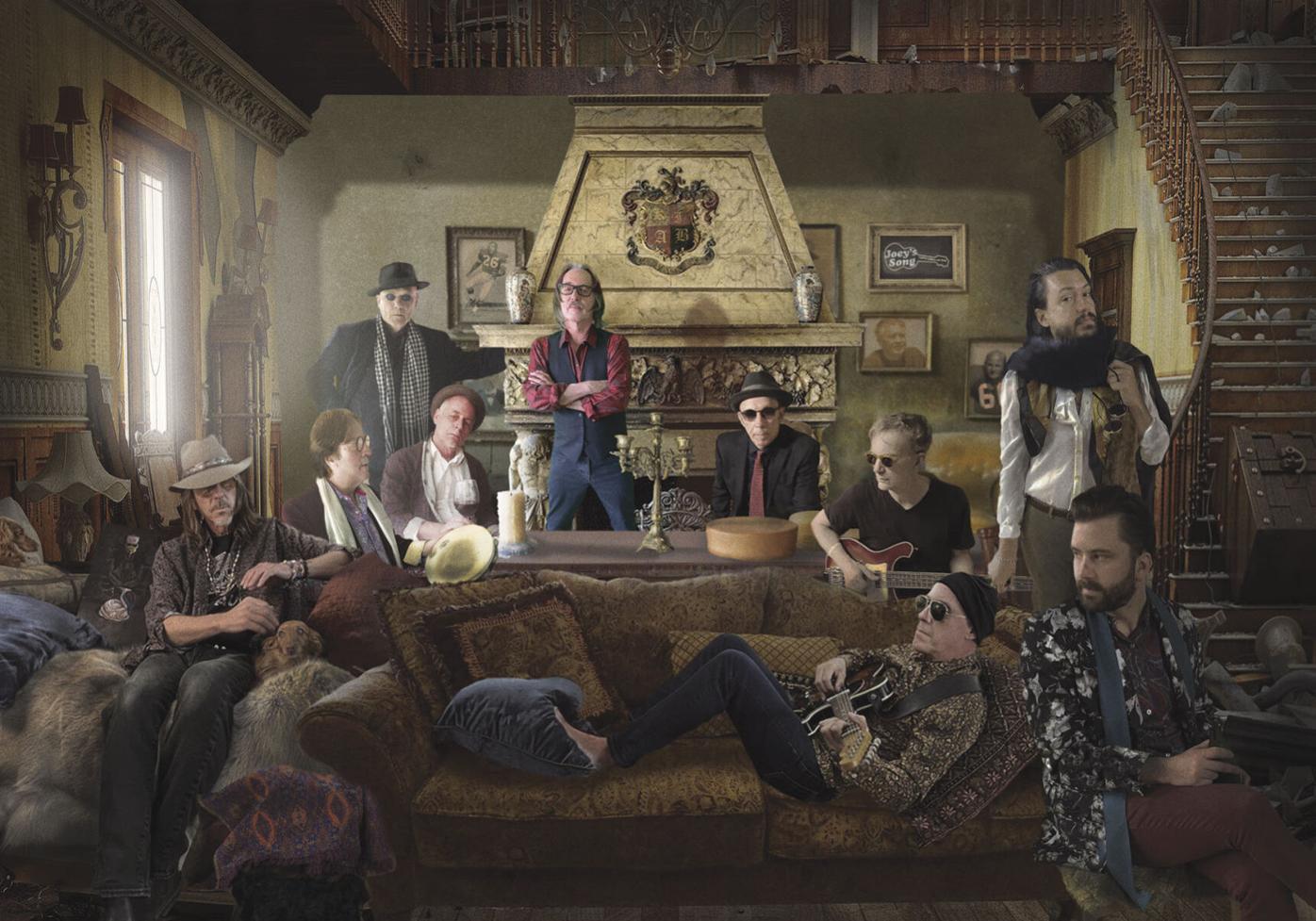 The Jan. 8, 2022, Joey’s Song fundraiser at The Sylvee in Madison stars The Know-It-All Boyfriends (above), which features Butch Vig and Duke Erikson of Madison’s very own Garbage and Freedy Johnston. 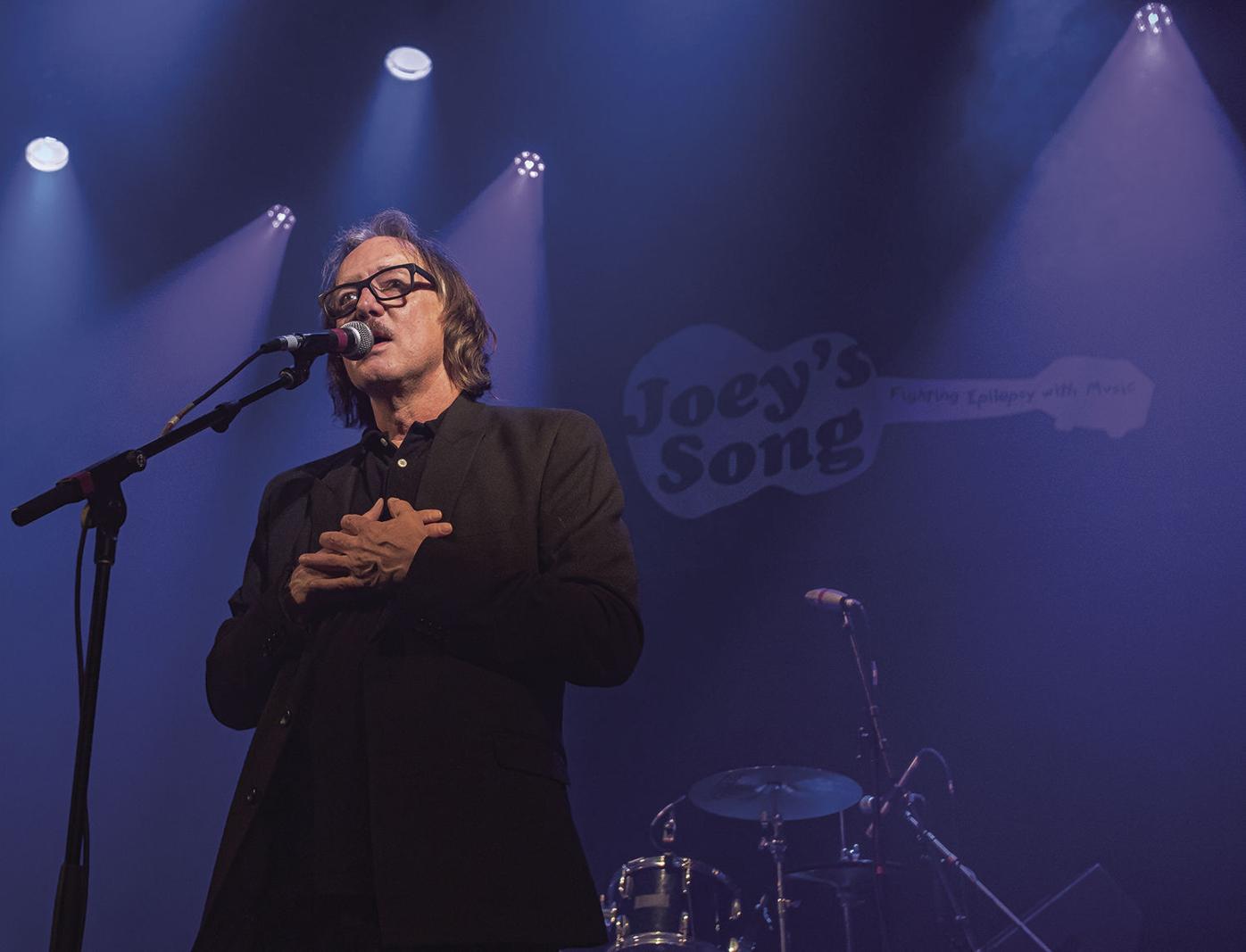 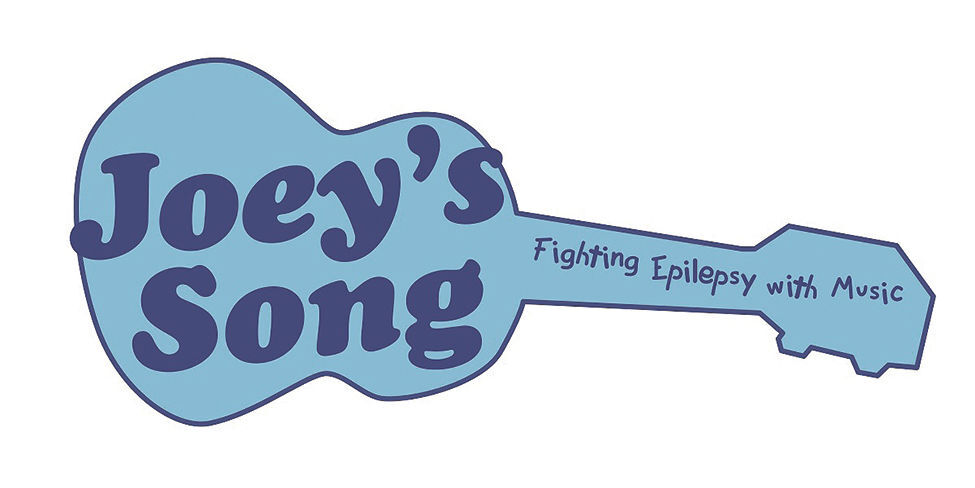 Joey’s Song has raised more than $500,000 between benefit concerts and CD’s for musicians willing to donate their time and songs, according to Mike Gomoll, the Sun Prairie man who founded Joey’s Song. 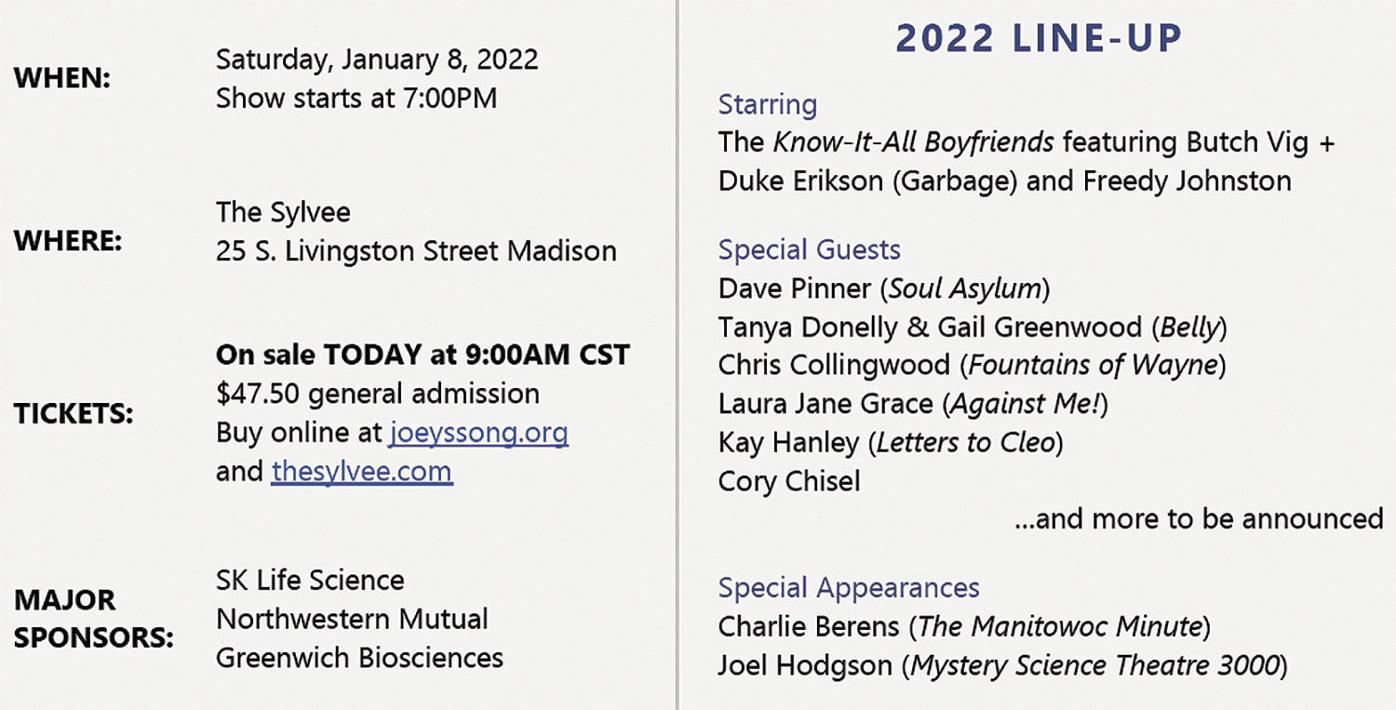 The January 8, 2022, Joey’s Song fundraiser at The Sylvee in Madison stars The Know-It-All Boyfriends, which features Butch Vig and Duke Erikson of Madison’s very own Garbage and Freedy Johnston. Special guests include musicians from Soul Asylum, Fountains of Wayne, and Belly, with more announcements to come. Charlie Berens of The Manitowoc Minute and Joel Hodgson of Mystery Science Theatre 3000 will make special appearances.

The Jan. 8, 2022, Joey’s Song fundraiser at The Sylvee in Madison stars The Know-It-All Boyfriends (above), which features Butch Vig and Duke Erikson of Madison’s very own Garbage and Freedy Johnston.

Joey’s Song has raised more than $500,000 between benefit concerts and CD’s for musicians willing to donate their time and songs, according to Mike Gomoll, the Sun Prairie man who founded Joey’s Song.

The January 8, 2022, Joey’s Song fundraiser at The Sylvee in Madison stars The Know-It-All Boyfriends, which features Butch Vig and Duke Erikson of Madison’s very own Garbage and Freedy Johnston. Special guests include musicians from Soul Asylum, Fountains of Wayne, and Belly, with more announcements to come. Charlie Berens of The Manitowoc Minute and Joel Hodgson of Mystery Science Theatre 3000 will make special appearances.

Tickets are already on sale for the Jan. 8 Joey’s Song benefit concert being coordinated for the ninth time by Sun Prairie’s Mike Gomoll, who also founded Joey’s Song.

The Jan. 8, 2022, fundraiser stars The Know-It-All Boyfriends, which features Butch Vig and Duke Erikson of Madison’s Garbage and Freedy Johnston.

Special guest musicians include artists from Soul Asylum, Fountains of Wayne, and Belly, with more announcements to come. Charlie Berens of The Manitowoc Minute and Joel Hodgson of Mystery Science Theatre 3000 will make special appearances at this fun, uplifting fundraiser the whole family can enjoy.

Joey’s Song was founded for Gomoll’s son, Joey, who suffered from Dravet Syndrome, a rare form of epilepsy. In Wisconsin, 60,000 people, and 50 million worldwide, suffer from epilepsy.

“Our son, Joey, loved music. A rare form of epilepsy robbed Joey of his ability to speak, but he could dance and sing in his own way,” Gomoll said. “When we lost Joey one week short of his fifth birthday, we decided to focus our efforts into helping to educate the world about epilepsy through his love of music. While our benefit concerts and music CDs honor his memory, our bigger goal is to raise money to find a cure to help the ‘next family’.”

The January 2022 benefit will be the ninth Joey’s Song concert. Initially, Joey’s Song produced CD’s which featured more than 80 internationally known, award-winning artists who donated their music to the cause. There are five CDs in total, including two just for children – and the music has been played on radio stations around the world. Between the benefit concerts and CDs, Joey’s Song has been part of raising more than $500,000 in the fight against epilepsy.

When it comes to securing artists to perform at the benefit, Gomoll has a couple of theories that includes an old “Seinfeld” episode as an illustration.

“First you start out any sentence with ‘my 5-year-old son died and I need your help’, almost everybody’s going to say yes,” Gomoll said. “Artists even more so, because by their nature, they tend to wear their emotions on their sleeves. That’s how they make their art, whether it’s comedy or music or whatever it is.”

Then there’s the Seinfeld episode where George Costanza had a picture of a supermodel in his wallet. “He pretended that was his girlfriend. And so all the cute women say ‘well, if she would go out with him, he must be . . .’ My buddy Butch [Vig] has been my credibility person in all this. Butch is my gorgeous model in my wallet,” Gomoll said.

“People know Butch is involved and I get all sorts of credibility with it,” Gomoll added. “And then once people come, they then are more open to telling their musical friends. So a lot of it has been just that some people say, ‘You know, you should call so-and-so’ because if I can deal with the artists and not deal with their management, it’s a lot easier.”

But Gomoll and Dan Summers had a more personal connection with Hodgson.

“Dan Summers, who went to high school here, who’s a magician and made his career doing cruise ships and now he basically builds illusions . . . Dan and I, because of Facebook, got back in contact a few years ago and. . . I worked with Dan back in high school. I helped him haul his cutting-the-lady-in-half equipment all the way around the state.

“He reminded me that we had done a show with Joel one time up in Green Bay and I had not made that connection,” Gomoll said. “So he sent Joel an email and Joel and I started talking. And when they did the MST3K live thing, they sold out the Overture. It was like the last thing before COVID. Joel invited me to come [to the show], we went out and had drinks afterwards and he said, ‘you know, I really want to start doing more charity.’ So that’s a more direct connection.”

Berens’ manager took the request directly to his client. The manager initially didn’t think Berens would be receptive to it. “To his credit, he was Charlie’s manager and he said, ‘I will take it to him. I always take everything to him.’ And I got a call back a couple of days later and [his manager] said ‘Charlie wants to do it’.”

Even though all of the musical talent Gomoll assembles for the Joey’s Song shows take no pay (except airfare or a travel stipend), he still sometimes has a moment like Wayne and Garth in “Wayne’s World,” where they bow down to rocker Alice Cooper after a Milwaukee performance and repeatedly say, “We’re not worthy!”

“I have those [moments] all the time and I have them really as much that weekend when I’m hanging out with these people and they’re just normal people. I realize that it’s true with these celebrities,” Gomoll said.

“Sometimes the strength [is incredible] . . . one of our headliners back in 2019 was Miguel Cervantes. Miguel was the lead in Hamilton, in Chicago. And now he’s the lead on Broadway. He’s in the Lin Manuel Miranda part.

“And Miguel got involved because his daughter had epilepsy and he lost his daughter about three months before our benefit in 2019,” Gomoll recalled. “We had connected with him when Adelaide was still alive and he had written a song to her while she was still alive that he performed that night . . . there was 1,000 people there, all crying.

“It’s a song about affirmation of life. . . he had just buried her three months before that,” Gomoll said. “Anybody — I can’t get through a sentence talking about Joe, and that’s been 10 years, without the tears coming down — and the strength of that man, to sit up there with that guitar and introduce the song and tell everyone . . . and sing it through and not turn into a puddle, is a strength that I don’t know if I can quite understand.”

Gomoll has also had a couple of proud dad moments during one of the performances that he also likes to tell.

“My son, Sam — 17 at the time — is a budding musician and he had been asking me for years to play. And I said, ‘you’re not quite good enough for this yet. I realize it feels like this is Dad’s Show, but’ . . . but he was ready. He came out for the first time ever performing live, he sang Beautiful Boy, John Lennon’s song, solo acoustic with . . . Freedy playing kind of rhythm guitar with him, and dedicated it to his brother. And I still tear up . . . if you know the lyrics to that song, it’s a very moving song about a son and all that.

“But then later on, [Sam] came back out and played ‘Don’t Bring Me Down,’ the Beatles song with Brian Ray, Paul McCartney’s guitar player, and three-time Grammy winner Butch Vig on drums . . . but Brian wanted to come out and he just never left the stage,” Gomoll said. “That’s the cool part of it. Everybody gets into it every year but there’s almost not enough time in the night.”

The ability to raise a large sum of money is because of generous corporate sponsors such as Greenwich Bioscienes, SK Life Sciences and local sponsors like Joanna Burish of Northwestern Mutual; MIG Real Estate; CMI and Sun Prairie’s Wisconsin Distributors, which provides beer every year to the event.

“They’ve bought large sponsorships and then they’re able to use those suites [at The Sylvee] and some of them bring in clients and some of them are actually bringing employees in, as kind of a reward. With the suites we do meet and greets with the artists and they get a chance to kind of hang out.”

“Our goal this year is because we’re at that next level is . . . we’re going to write a research grant in Joe’s name, specifically around a $100,000 research grant for Dravet’s in Joe’s name,” Gomoll said. “We work with CURE, which is a organization down in Chicago that’s focused solely on raising money and writing research grants. We’re just going to give the money to them and then they figure out who to do it, but that’s pretty cool.”

Gomoll has one more piece of advice: “Get your tickets early. We’ve sold out the last few. I’m hoping we sell out this one as well.”