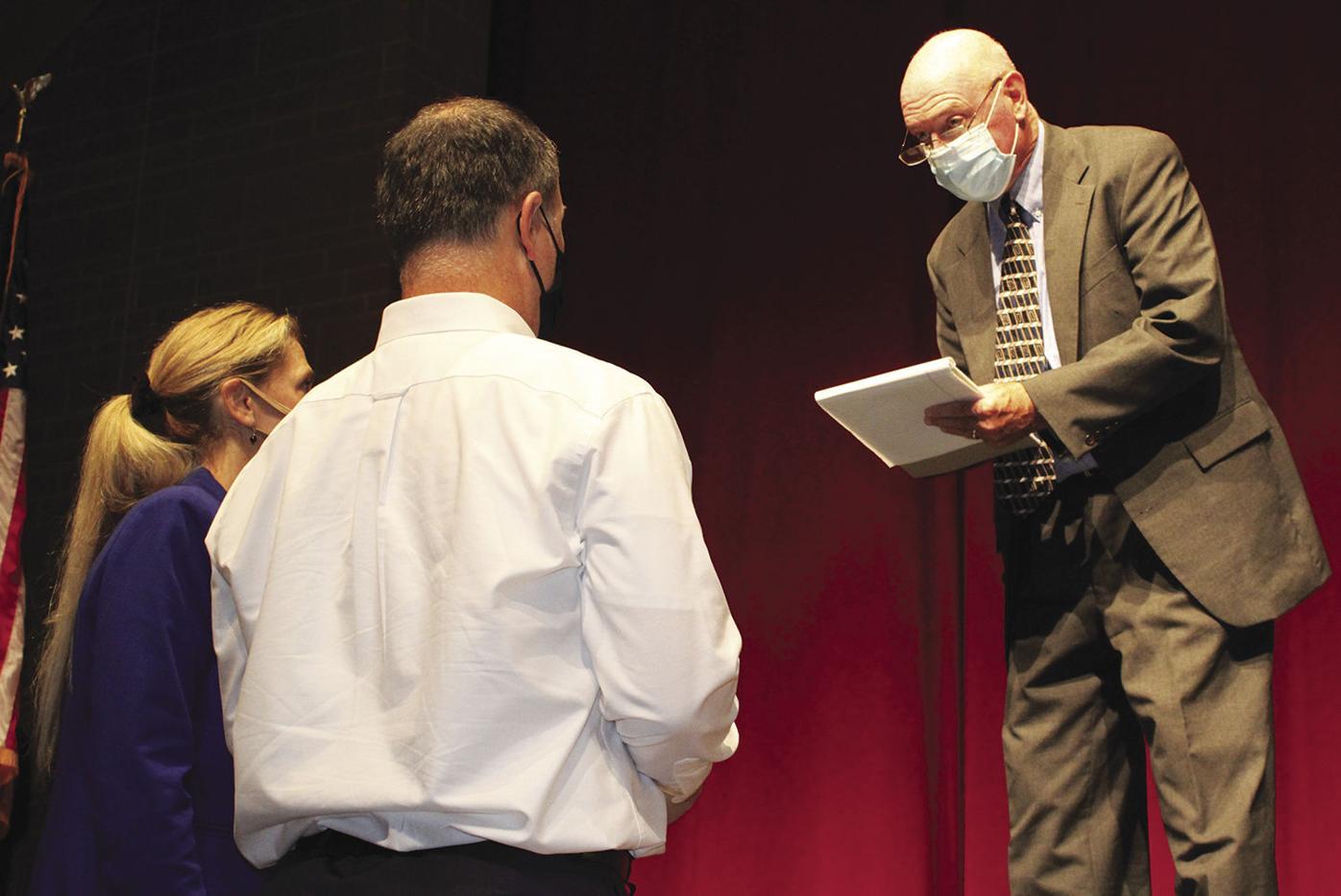 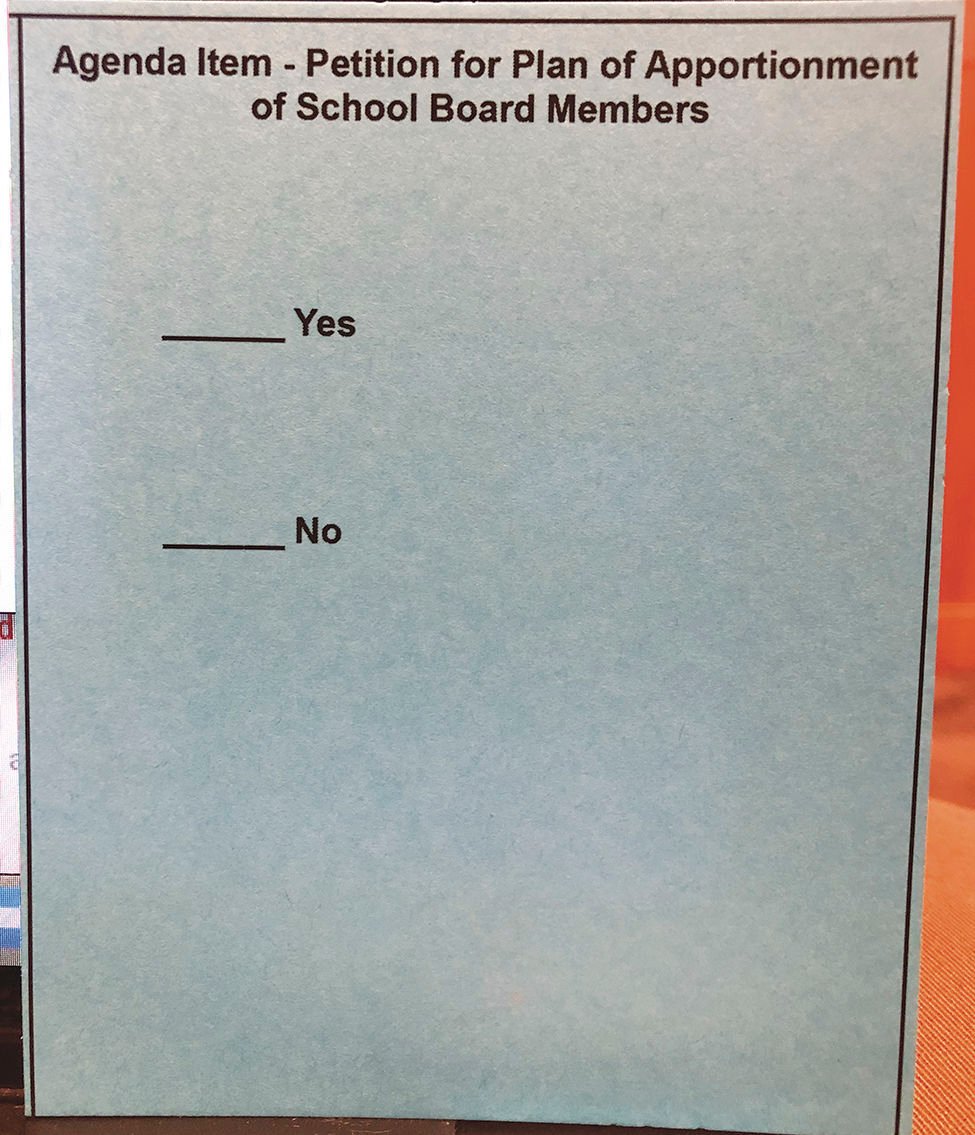 Despite civilized, but passionate, arguments on both sides, Sun Prairie Area School District electors during their annual meeting on Monday, Oct. 4 rejected apportionment of the Sun Prairie School Board on a vote of 114 to 52.

Opponents of apportionment argued that the decision to require board members to live either on the west or east side of the district would split the district and pit east against west, while others said there was no need to change the current system of at-large board candidate election.

Apportionment proponents, however, said that if the SPASD is truly interested in equitable representation that its electors would approve apportionment.

One of those was Changsok Isaac Sung, an assistant professor of computer and data science at Ripon College, who argued the arguments against further division were false ones. He predicted that inequities from unequal representation on the Sun Prairie School Board will create division. Sung argued that a board member who lives in a neighborhood will more closely understand the values of those living there, as opposed to being elected at-large.

He said — unlike his experience in the SPASD — that he wants his daughter to feel welcomed in the district, and in order for that to happen, the current board election system should change to represent east or west sides.

Recent Dane County Supervisor candidate Kristin Morris argued that the most important thing about a school board candidate should be their attitude, and not their address.

Morris predicted that political issues will begin to make their way through the board if the board is apportioned. She predicted the board could also be subject to gerrymandering in future years and urged a no vote on the proposal.

Lisa Goldsberry, among those who brought the petition to the annual electors meeting, said she moved to Sun Prairie and immediately became the secretary to a School Community Organization in addition to serving on several committees. She said she encountered and talked with many people who felt the current system of board representation is not adequate.

Others — including at least two board members and one Sun Prairie alder — urged a no vote.

“I’m against this,” remarked Sun Prairie School Board Clerk Carol Albright, who told attendees about how the board members visit different schools as liaisons. “I think that we do our best to represent all of the students in the district.”

Scott Singletary also urged a no vote, echoing what Albright said — that board members do their best to represent all parts of the district. He also said that those feeling under-represented should run for the school board.

Sun Prairie School Board member Alwyn Foster — citing previous statements about how other districts had board members elected at-large — said the apportionment proposal represented an opportunity for Sun Prairie to be a leader.

“We’re willing to lead the way,” Foster said, adding that opportunities like apportionment don’t present themselves every day.

Tracy Frank, another of those who brought the petition to the electors meeting, shared what she heard when gathering signatures: “It was very interesting to listen to people’s thoughts about their decisions.” She questioned the integrity of the process to elect school board members because voters can only vote for one candidate. No other elected office on the ballot allows such a choice. She also said board members were made aware of the petition and offered no suggestions for how the boundaries should be drawn.

“I do agree that we need more diversity on the school board,” remarked former board member Jim McCourt, who called being a board member a “thankless job” while still encouraging candidates to run for the board. “This plan does not change that at all.” McCourt also said he believed the proposal would create division in the district.

Andy Schoenherr, who favored apportionment, said that the plan allowed every district voter to cast a ballot for every candidate regardless of where they lived in the district. Admitting it was not a perfect plan, Schoenherr suggested he did not know one that could be.

But, he added, “We are better as a board when we have more areas . . . more geographies represented.”

Sun Prairie School Board Governance Officer Tom Weber said there are a lot of issues facing the district, and he didn’t see board apportionment as one of the most important ones.

Yolanda Tolson, who favored apportionment, said she is disappointed in how things are.

“The outcomes don’t match the words,” Tolson said. She pointed out there was much debate at a recent school board meeting about how each high school would have equal representation on the board.

“The whole point is the folks of color who have come up and spoke have a very different experience” with the district than those who are white, she said. She suggested the system should at least be attempted.

District 2 Alder Theresa Stevens called the question, which cut off debate and forced a vote. A total of 85% of electors voted to cut off debate. Electors used blue ballots to check their yes or no boxes.

The final tally was 114 no votes to 52 yes votes — meaning the apportionment petition was rejected.

Board President Steve Schroeder, who was elected to chair the annual electors meeting, said the ballots would be preserved.