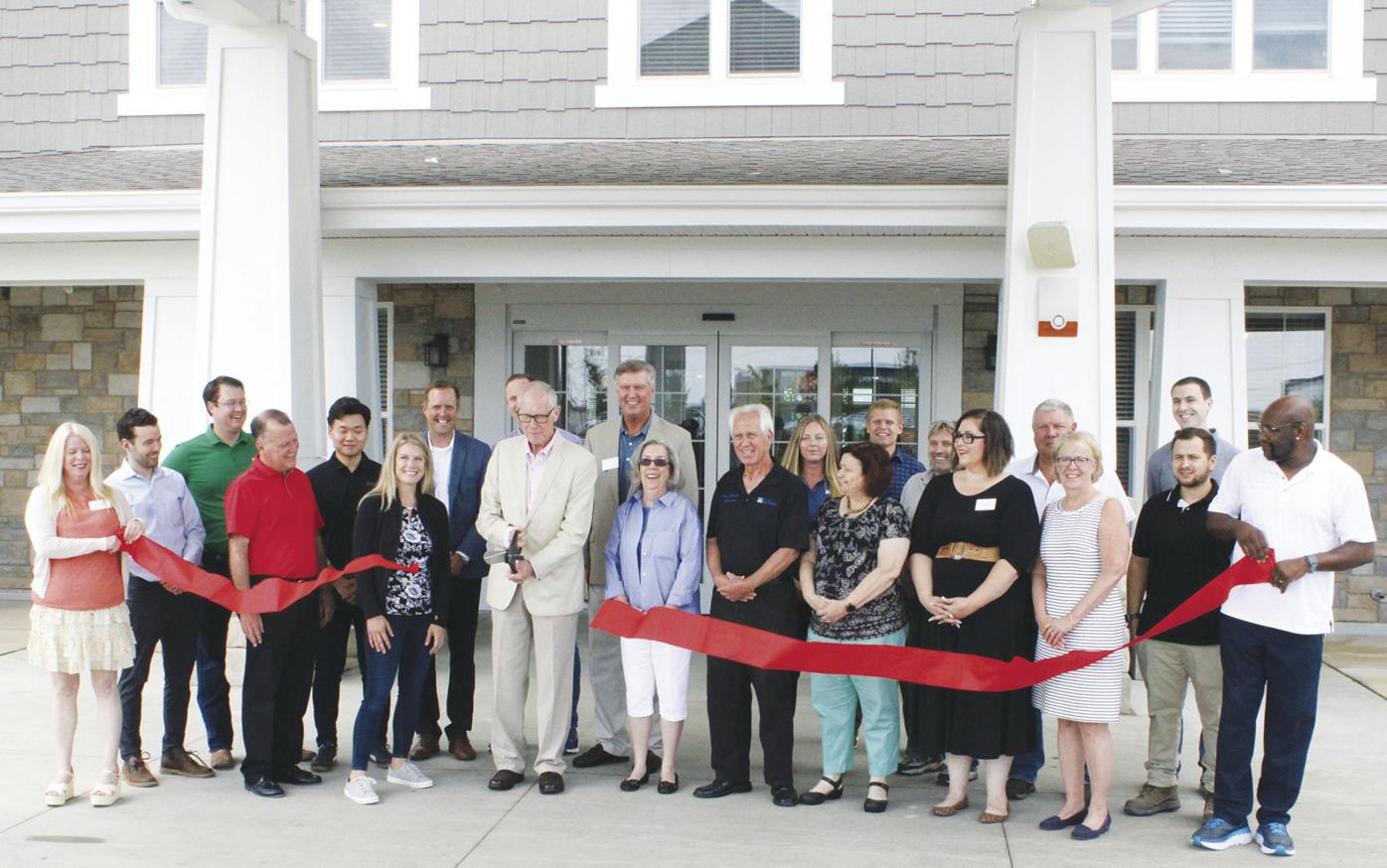 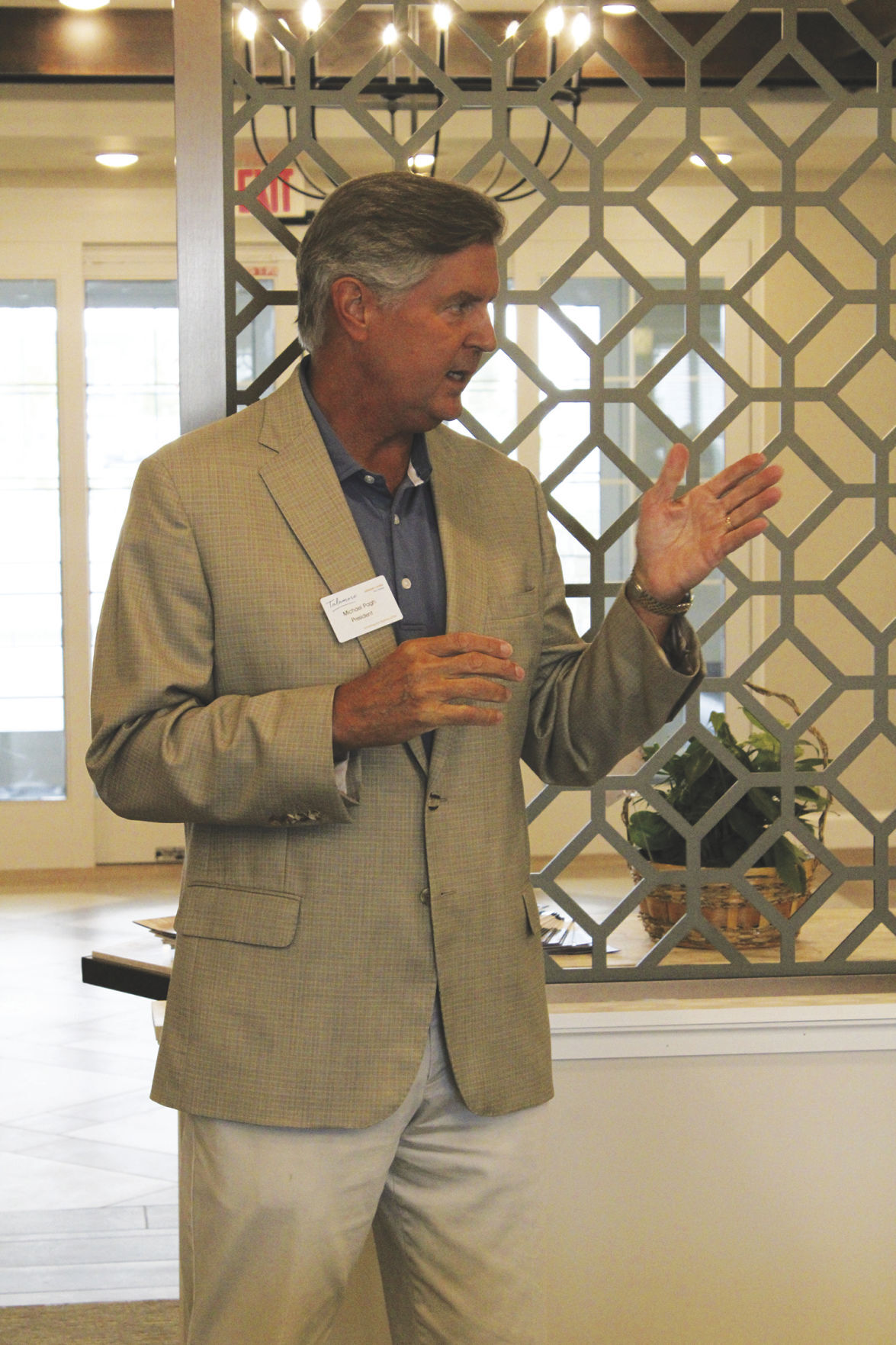 Michael Pagh, CEO of Great Lakes Management, thanked everyone who helped get the new Talamore Senior Living ready for opening as part of a ribboncutting ceremony on Thursday, July 29. 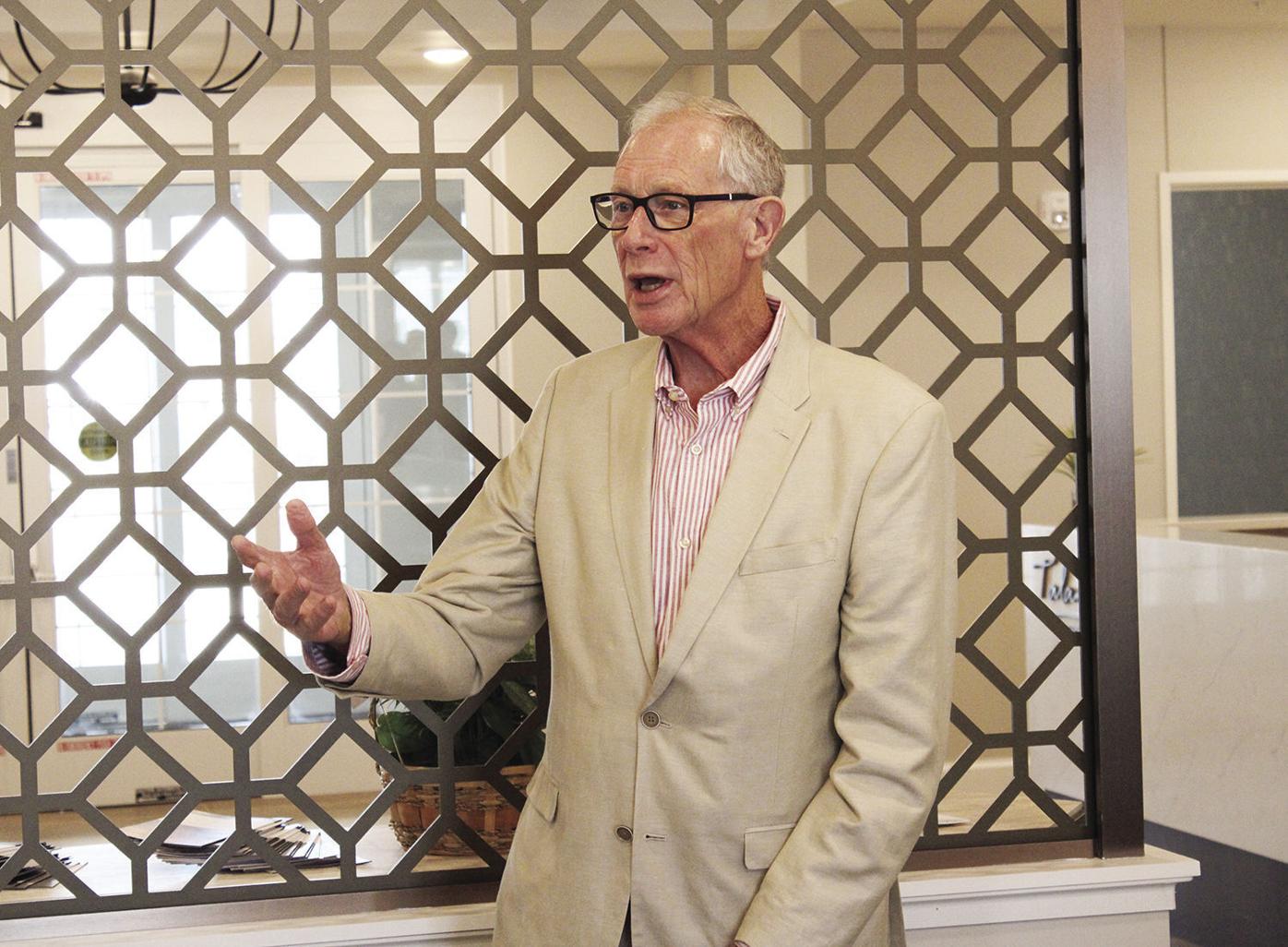 Michael Pagh, CEO of Great Lakes Management, thanked everyone who helped get the new Talamore Senior Living ready for opening as part of a ribboncutting ceremony on Thursday, July 29.

“We couldn’t be more pleased with this development and look forward to being great neighbors and great partners to the city and great civic contributors to this community,” remarked Michael Pagh, CEO of Great Lakes Management. “And, hopefully that’s the reputation that we’ve developed in other developments that we’ve completed. And that’s certainly what we look forward to see happen here as well.”

Pagh explained why the continuum of senior care model is important to Great Lakes.

“We love this continuum model, which is really a model that includes independent living, assisted living and memory care,” Pagh said.

“And it has been a model that has worked so well for us because we’re really able to bring folks in who maybe need a little care to start with, and then as their needs change, we can come alongside of them and continue to help them,” Pagh added. “We know that’s an important contribution to the city. We want seniors to be able to stay in the community that they’ve lived in for many years. And in some cases I just mentioned the mayor and I discussed briefly, there would likely be some seniors that are going to come back to Sun Prairie whose family members are living here so that they can be close to them as those adult children provide assistance and support as well.”

Eric Anderson with Ryan Companies, which has also developed other senior communities with Great Lakes, was on the development team with New Perspective Senior Living when it built The Lighthouse (now New Perspective) in downtown Sun Prairie. And he brought Great Lakes to Sun Prairie in the winter of 2019 to find a location for Talamore to be built.

“What’s most important to us is finding a group that number one wants us to come, and number two, that there’s a line between staff and I’m delighted to say your city is just a joy to work with the whole way through. It’s been just a fabulous process and you should all get kudos for that. It really shows,” Anderson said.

“I had reached out to Eric a few weeks ago and said, we’d like to see this when it gets done. And now I know why I wanted to do that. It is gorgeous in this building — what a nice place,” Esser said. “And as Mike said, it seems to me, you’re going to have people that will live in this building because they have family in the adjoining area. And in fact, the director of our senior center, Bob Power, says a lot of the growth of new people coming to the senior center are coming to Sun Prairie because they have family members already here and they’re relocating to where they are.”

The mayor also pointed out that Sun Prairie — as a community growing by about 1,000 residents a year — needs housing, and that Talamore represents housing for seniors, which is also important.

“Housing is a big issue in this community. And this is housing for our community,” Esser said. “Carol and I are in an age group where we see places like this in our future — it’s not far off. And it is comforting to know that as we have those levels of care, that the opportunities are right here in our community. So I’m pleased with that. And you’re making a significant investment in this community financially, and that will benefit the city as well. And we appreciate that too. So thank you for the invitation today on behalf of myself and the city council and the city staff. This is just a great day.”

Things to remember when considering a senior move

MaryLouise Wallace, executive director at Talamore, said making a move to senior living isn’t easy. But there are advantages to moving to continuum of care facilities such as Talamore, she added.

“Well, it’s a big decision to move. A lot of families have spent their whole lives in their homes — 30-plus years, raising kids and family,” Wallace said. “So a lot of memories there, it makes it hard to transition into a senior living community. But also there’s also a lot of benefits to transitioning. There’s less social isolation. You have food, fine dining, if you need it, activities able to socialize with others gathered together.”

And it may take a long time from first considering a move to actually doing it, Wallace added.

“It’s usually a pretty long process. When you’re making a decision to move, you want to find the right community for your family,” Wallace said. “And that’s where our sales director and I come into place — to talk to the families, find out what their needs are, where they would best fit into the community and just explain what we have to offer within the community, that the benefits of living in a community like this.”

Watch video from the ribbon cutting in the Videos section at sunprairiestar.com and with the online version of this article.