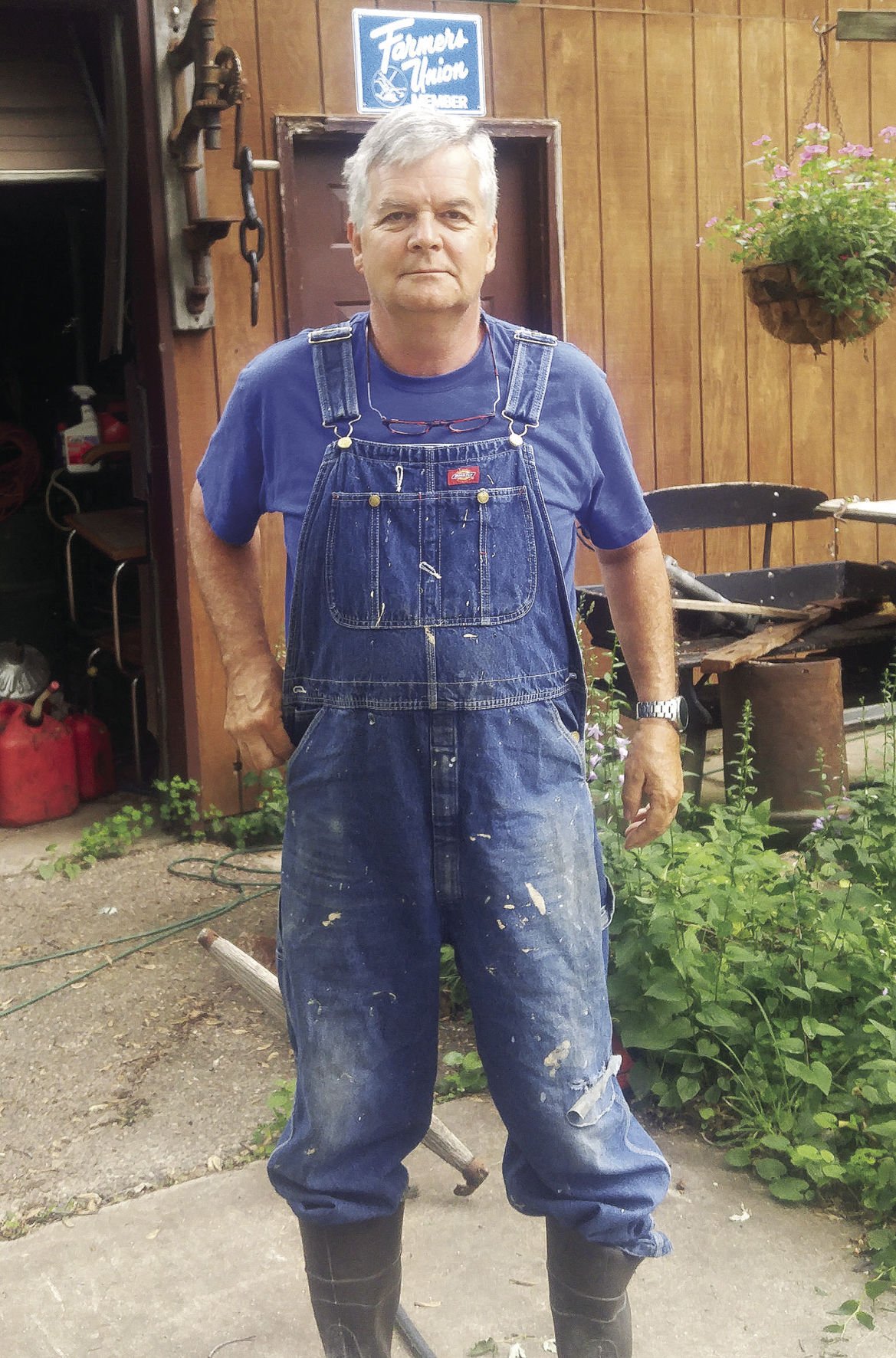 State Sen. Jeff Smith, D-Eau Claire, runs a farm in Brunswick, where he lives with his wife Sue. Internet speeds are so bad that he cannot stream anything, and websites take a long time to load. Smith has tried unsuccessfully to get Wisconsin to invest more in broadband for its rural residents. 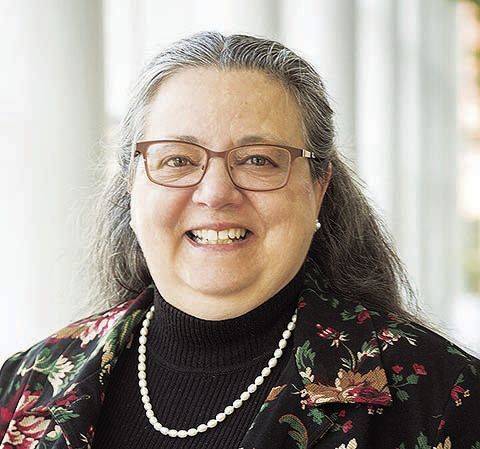 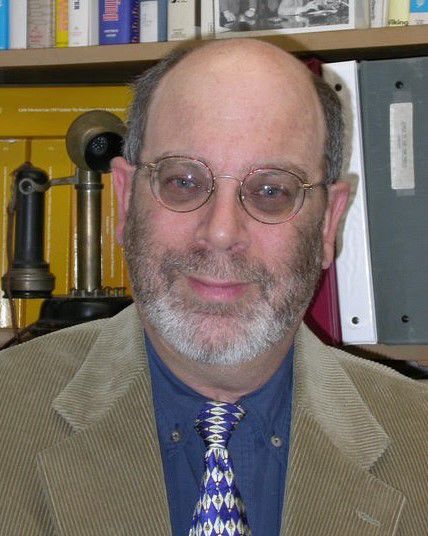 State Sen. Jeff Smith, D-Eau Claire, runs a farm in Brunswick, where he lives with his wife Sue. Internet speeds are so bad that he cannot stream anything, and websites take a long time to load. Smith has tried unsuccessfully to get Wisconsin to invest more in broadband for its rural residents.

Note: This is a shorter version of a piece that previously appeared on sunprairiestar.com that mentioned Sun Prairie’s successful sale of its internet utility to TDS Telecom.

If you live in rural Wisconsin, you know how bad the internet service can be. More than 40 percent of rural residents lack access to high speed internet, according to the Public Service Commission of Wisconsin. Nationally, about 31 percent of rural households lack access. Actual percentages might even be higher due to poor FCC mapping, experts say.

The Wisconsin government has done relatively little to help. From 2013 to 2019, while Republicans had total control of government, the state funded a total of about $20 million in grants for expansion of broadband.

That amount is negligible, experts say. In a similar time period, Minnesota shelled out more than $108 million in broadband expansion grants, and providers had to match those grants with another $146 million, said Eric Lightner, a spokesman for the Minnesota Department of Employment and Economic Development.

That’s a total of $255 million for broadband expansion in Minnesota, more than 10 times greater than Wisconsin’s investment.

After he became governor in 2019, Democrat Tony Evers proposed boosting funding to $75 million over two years for broadband expansion. The Republican-controlled legislature scaled that back to $44 million — still a big bump — but also blocked several of the governor’s other attempts to speed the expansion.

Some Republicans cringe at the high cost of installing fiber optic cables throughout rural Wisconsin, where there can be so few customers. Instead, some point to wireless options as a way forward. But wireless is slower than fiber, and can be affected by weather, trees and topography.

Adding more urgency to the issue is the coronavirus pandemic, which has forced many to work and study from home 100 percent of the time.

“This has become five times more important now than it was before,” said Barry Orton, a telecommunications professor emeritus at UW-Madison, “and it was really important before.”

If you want faster internet at your home sooner rather than later, you can get involved. Here’s how.

At the municipal level

The city or town where you live can build its own internet infrastructure, and even provide the service.

The price is about $50 per month for a home. And the utility has been successful enough that it continues to expand its system, according to Brett Schuppner, the utility’s general manager.

The City of Waupaca, with a population of about 6,000, also provides internet to more than 300 business and residential accounts, said Joshua Werner, the city’s IT & Community Media Director.

The city offers wireless internet without data caps, an annoyance familiar to many rural subscribers. The speeds Waupaca provides are much slower than the gigabit service in Reedsburg, but faster than the sluggish DSL the private companies offer in the area.

But those communities are unusual in Wisconsin. Because they own the infrastructure and provide the internet service, they have to do all the things a telecommunications company does: run a billing department, staff a customer service call center, send out “cable guys” to hook up customers and fix problems.

Many cities and towns are understandably reluctant to take on that financial risk and additional work. If that’s the case where you live, your municipal government can do what Richland Center and Sun Prairie did: build their own high-speed infrastructure, and then sell it – at a profit – to a private company to manage.

The municipal route doesn’t always work, as the City of Shawano can attest. Starting in 2007, the government built a large system that provided broadband internet, phone and cable TV service, at a whopping cost of $8.5 million. When the city tried to unload the system in 2013, the highest bid came in at $1.25 million, said Brian Knapp, general manager of Shawano Municipal Utilities.

But even if a municipality doesn’t get its money back, the investment can still bear fruit.

Antigo spent about $2.7 to build a broadband network only – no TV or phone – and will receive a total of $1.6 million from a local company leasing it before ownership transfers in 2030, according to Kaye Matucheski, the city’s finance director.

Sounds like another losing proposition. Except that the City of Antigo, which had a turtle – dial up – before it got involved, now has a cheetah – gigabit service.

State law mandates that a city or town in Wisconsin complete a three-year feasibility study and hold a public hearing before building its own internet infrastructure.

Anita Gallucci, a Madison-based attorney who has worked extensively with municipalities on the internet issue, says this is a very low bar for local governments to clear.

When Madison conducted its own feasibility study of building a citywide system, she noted, the government went well beyond the three-year minimum in analyzing costs and benefits.

The city ultimately shelved the plan.

But other experts, such as Orton, say the legislation is a gift to big companies, which can use the feasibility report and their own deep pockets to protect their monopoly and attack the plan in the community and at public hearings.

Another option is something the City of Superior is considering: build the internet infrastructure, maintain ownership, but allow private companies to use the network to provide the service and compete against each other.

The city is developing a strategic plan for the potential system, Councilman Tylor Elm said.

It’s a newer model that has been successful in Idaho and Utah, said Christopher Mitchell, director of the Community Broadband Networks Initiative, a Minnesota-based think tank that helps communities with their telecommunications.

Municipalities providing broadband are scary and motivating to companies enjoying little to no competition, Mitchell said. That can work in the town’s favor.

Before Antigo entered the market, the city was unable to persuade the only internet provider at the time to upgrade its internet from dial up to the faster DSL, said Jim Pike, Antigo’s communication and technology supervisor.

“Threaten to do it,” Pike recommended to other municipalities, “and then it’s amazing how cooperative the private folks get.”

In Antigo’s case, the private provider quickly improved its lines to DSL after the city announced its plans to build its own network, Pike noted.

At the state level

Much can be done in Madison to improve your internet as well.

State grants can help internet providers large and small to expand and improve service. The co-op Norvado in northern Wisconsin provides gigabit service in and around the town of Cable, and is installing fiber optic lines throughout much of nearby Price County.

That’s a $20-25 million job that will allow delivery of hyperdrive internet there. Norvado has received about $1.3 million in state grants for the Price County project.

An increase in funding for broadband expansion is a step towards greater coverage, but state law requires municipalities to find a private partner in order to receive a grant.

Last year Smith proposed a bundle of bills that aimed to improve internet access and speed in rural areas, one of which eliminated that requirement, but they were ignored by Republicans.

In his budget proposal, Evers’ administration made efforts to hasten broadband expansion, including setting a goal that the entire state would have access to the federal definition of broadband speed by 2025. Republicans deleted that provision.

The governor’s budget proposal also requested that state agencies submit a report to the legislature and him that would provide updates on emerging internet technologies.

And Evers sought recommendations on how to incentivize internet providers to better serve internet deserts and proposals on how best to use state resources to alleviate the problem. Republicans deleted those provisions too.

Left-leaning critics such as Orton and Smith argue that the internet should be regulated like a public utility, with heavy oversight from the federal government on price increases, coverage, quality and other issues.

But the federal Telecommunications Act of 1996 states that “it is the policy of the United States to preserve the vibrant and competitive free market that presently exists for the Internet and other interactive computer services, unfettered by Federal or State regulation.”

Over the next ten years, the federal government’s Rural Digital Opportunity Fund says it will dole out more than $20 billion in competitive grants to telecommunications companies to help build and improve broadband in rural areas. This program is promising, Mitchell said, but it’s too late for municipalities to apply for this round of funding.

Congress and the FCC have also taken steps to improve the federal maps which designate where service is poor or nonexistent.

Experts are encouraged by federal changes to broadband policy, but caution it will take years to see the improvements’ full effect.

The same goes for technological advances like 5G, which experts say is far off and likely to spread to more profitable urban areas first.

Some have high hopes for Starlink, Elon Musk’s astronomer-enraging plan for a massive fleet of satellites circling the globe and beaming internet access to anyone with a wifi device.

Mitchell said he remains skeptical it can work on a large scale.

In the meantime, those frustrated with their internet coverage can take a more proven course.

“People need to demand that their elected officials actually do something to improve broadband,” he said.

The Badger Project is a nonpartisan, citizen-supported, investigative journalism nonprofit in Wisconsin.Contact the writer by email at pcameron@thebadgerproject.org