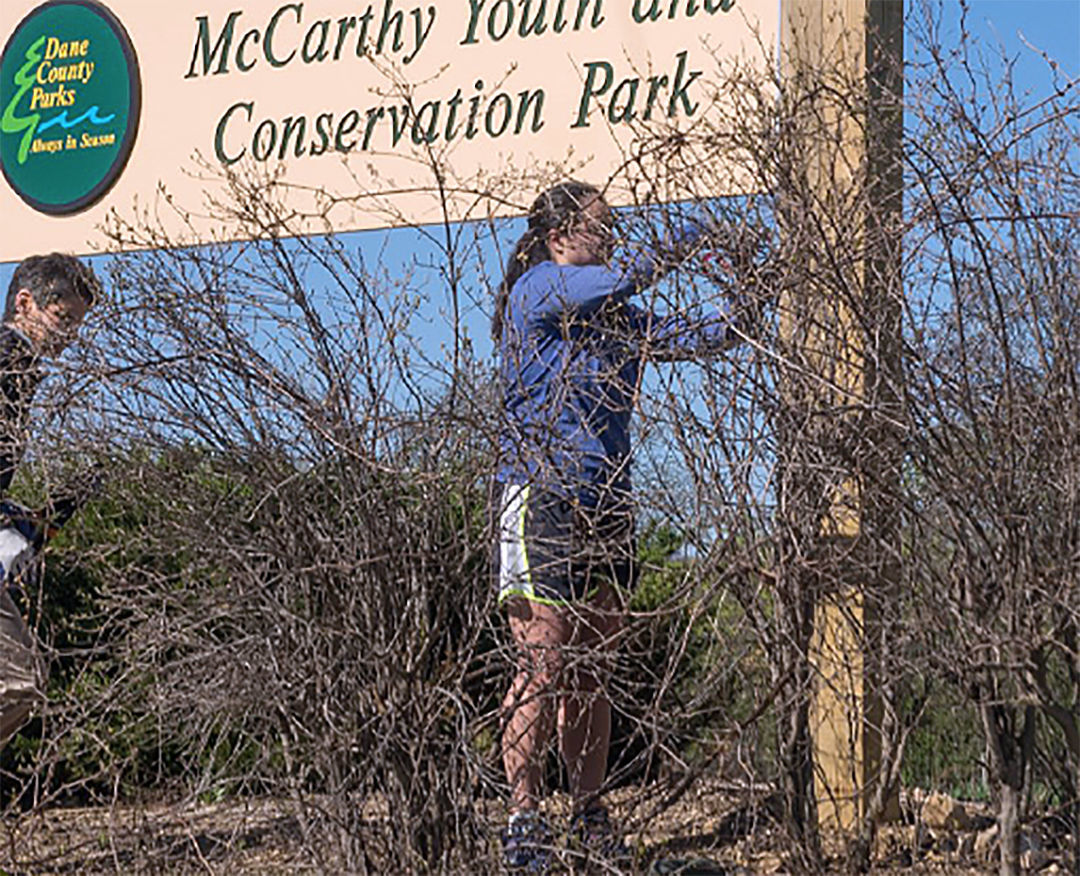 In this file photo, volunteers trimmed bushes at Youth Service Day at McCarthy Youth Conservation Park in the Town of Sun Prariie. A recently approved county grant will connect the Village of Cottage Grove to the park with a bike trail connection. 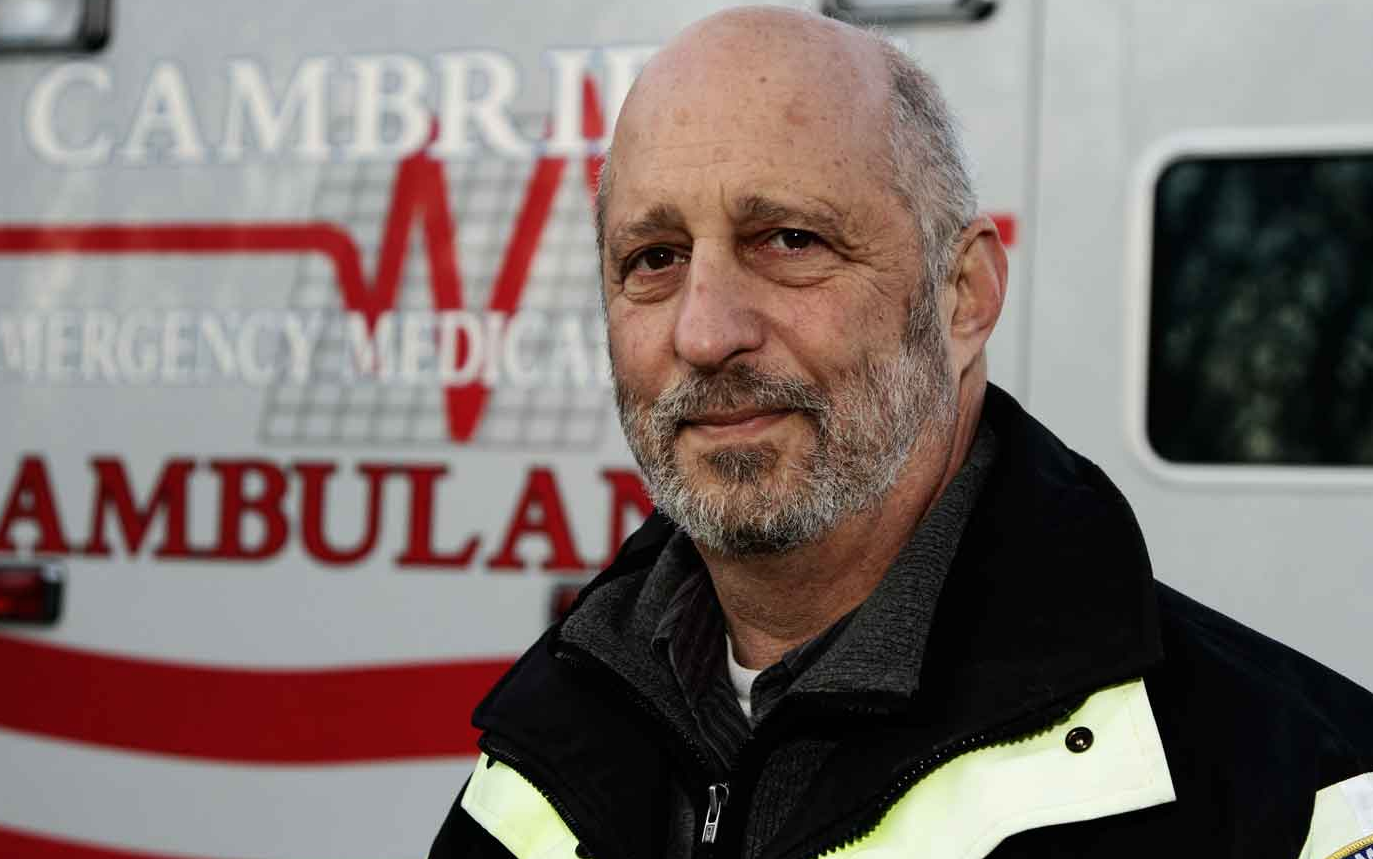 The Dane County Board of Supervisors has approved a $209,000 grant to help the Village of Cambridge build on off-road bike route from U.S. Highway 18 northward toward the Glacial Drumlin State Trail.

The board’s approval occurred during its regular meeting in Madison on Feb. 21 and followed the Dane County Parks Commission’s Dec. 12 recommendation to approve the grant.

Cambridge was one of four local municipalities the board approved to receive Partners for Recreation and Conservation (PARC) & Ride grants that collectively total $500,000.

Cambridge will get the largest dollar amount. It is followed by:

• $182,500 for the Village of Cottage Grove, to extend a trail to McCarthy County Park in the Town of Sun Prairie;

• $81,600 for the Village of Windsor to build a bike-pedestrian bridge, a multi-use path and to install way-finding signage along its trail system; and

• $26,650 to Shorewood Hills, to help fund an extension of its Blackhawk Bike Path. The first three grant requests were awarded in full, while Shorewood Hills only received a portion of the $106,000 it sought.

Recipients will have four years to spend the money and to raise the match.

In all, seven local communities applied for grants asking for about $800,000.

The final approval had been delayed by several weeks due to a winter storm earlier in February that led to the cancellation of a county board meeting.

The awards are both matching and a reimbursement, meaning Cambridge will have to fund the entire estimated $418,500 cost of building its path up front, and will later get half of that back from the county.

Dane County Executive Joe Parisi is expected to announce the award in a visit to the Dancing Goat Distillery in Cambridge on Tuesday, March 5, at 11:30 a.m.

Struss acknowledged the challenge, now, of having to raise the village’s required $209,000 match. But he said he believes that can be accomplished over the next four years.

Cambridge has received a county PARC & Ride grant before.

About five years ago, Struss said, the county awarded the village a $72,000 grant, which it had to match for a total project cost of $144,000, to build phase one of the bike path. It now connects CamRock County Park northward through the village to a safe crossing at U.S. Highway 18 near England Street.

“People are using that path,” said Struss, who said he walks his dog on it nearly every day. “It is very much appreciated.”

“We’re really looking forward to being able to make the next step,” Struss continued.

Struss said the connector route will meet more than a recreational need; the village also sees it as an economic driver, drawing bike-related tourism.

“We think it’s important for the future of our community,” Struss said.

“Jefferson County is all in,” Salov said. “They want this to happen. It’s a real cooperative effort.”

Struss said the ad-hoc committee was pleasantly surprised when it learned that its entire grant request to Dane County was being recommended for approval.

She said the new route that will run along County Highway N will also be a new, safe local bike path for Cottage Grove residents.

Cambridge’s $418,500 estimated total project cost would cover engineering and construction of an off-road connector route that would almost reach the state trail; bicyclists would have to spend some time on local roads at the northern end.

The planned route covered by the county grant would run from the north side of U.S. Highway 18, near England Street, westward alongside U.S. 12-18 to Kenseth Way, which is the entrance to The Vineyards at Cambridge development.

It would then connect to a 1-mile existing off-road public loop already put into place by the developers of The Vineyards at Cambridge. Beyond The Vineyards, it would keep running northward through 54 acres owned by the Cambridge Foundation, ending at State Farm Road about a half-mile east of Prairie Drive.

From there, bicyclists would have to follow an on-road route, either for about 1.5 miles via Prairie Drive or for about 2.5 miles via State Highway 134, to reach the existing state trail.

The ad-hoc committee had initially hoped to build an entirely off-road route from Cambridge to the Glacial Drumlin State Trail. Over the past year, they’d talked about taking it across open land, working with farmers to get easements and other permissions.

However, opposition from Town of Deerfield land owners, and from Deerfield Town Board members, who voiced safety objections, led the committee to abandon that idea for now. They said they would like to see it brought back up in the future but, in applying for the grant, decided to focus on getting the off-road route just up to State Farm Road.

According to the grant application submitted to Dane County, the hope is to begin construction in June 2020 and to complete it by September 2020. Engineering work would begin in mid-2019.

The application said the hope is raise the $209,000 required match through contributions from charitable organizations, the village of Cambridge, Jefferson County and fundraising events and other private donations.

The project would include a pedestrian signal crossing at State Highway 134 and bike racks, kiosks, benches and other amenities along the trail.

The connector bike route up to the state trail has been envisioned for more than a decade. Back in 2008, the Village of Cambridge partnered with Dane County Parks, Jefferson County Parks, the Cambridge Foundation and the Wisconsin Department of Natural Resources to plan for a trail. Ultimately, the only portion ever completed was in Cambridge.

The ad-hoc committee began meeting in August 2017 in hopes of resurrecting the idea and finally making the route a reality.