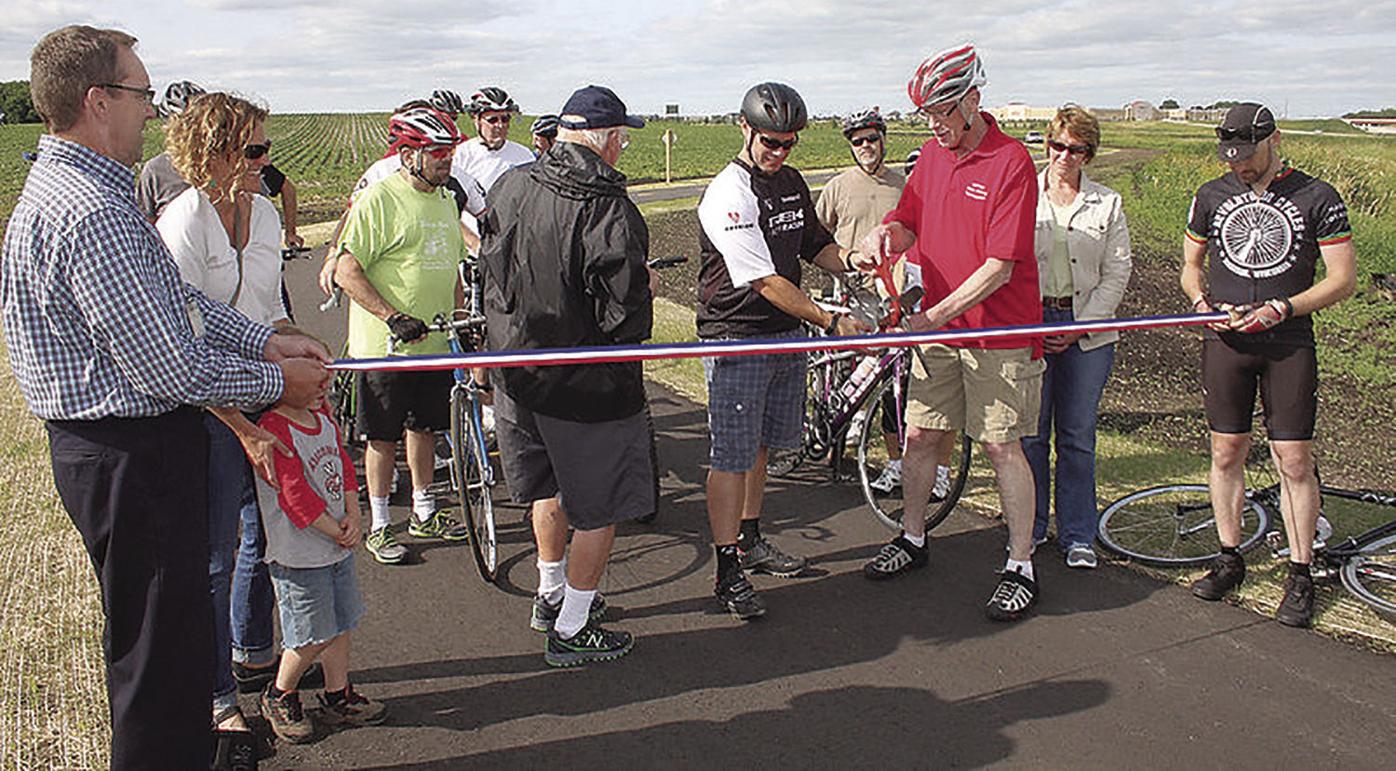 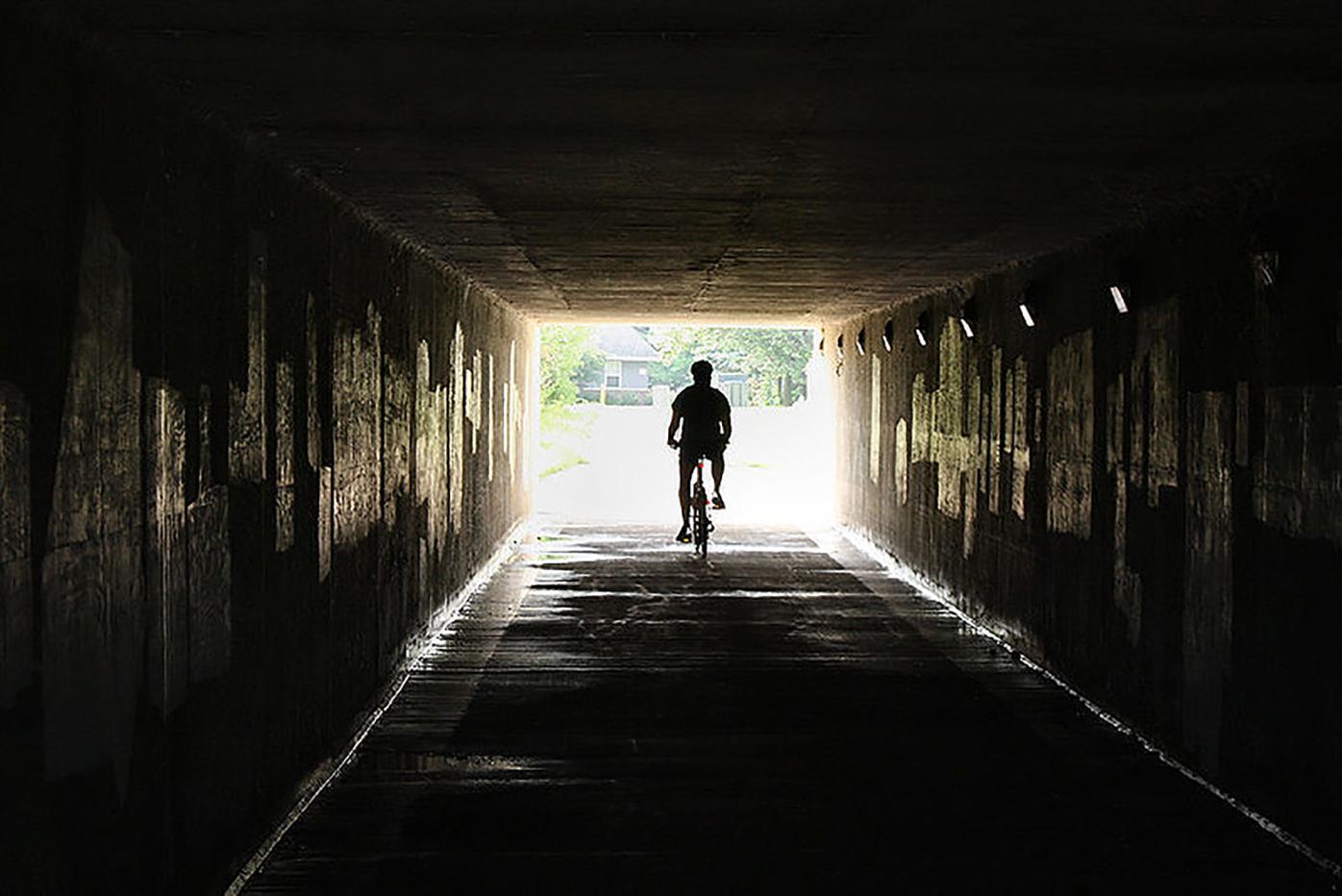 City Planning Director Tim Semmann credits the city’s bile path connection to the City of Madison’s bike path using a tunnel under Highway 151 (above) as being among the many reasons for the city’s top ranking among bicycle-friendly small US cities. 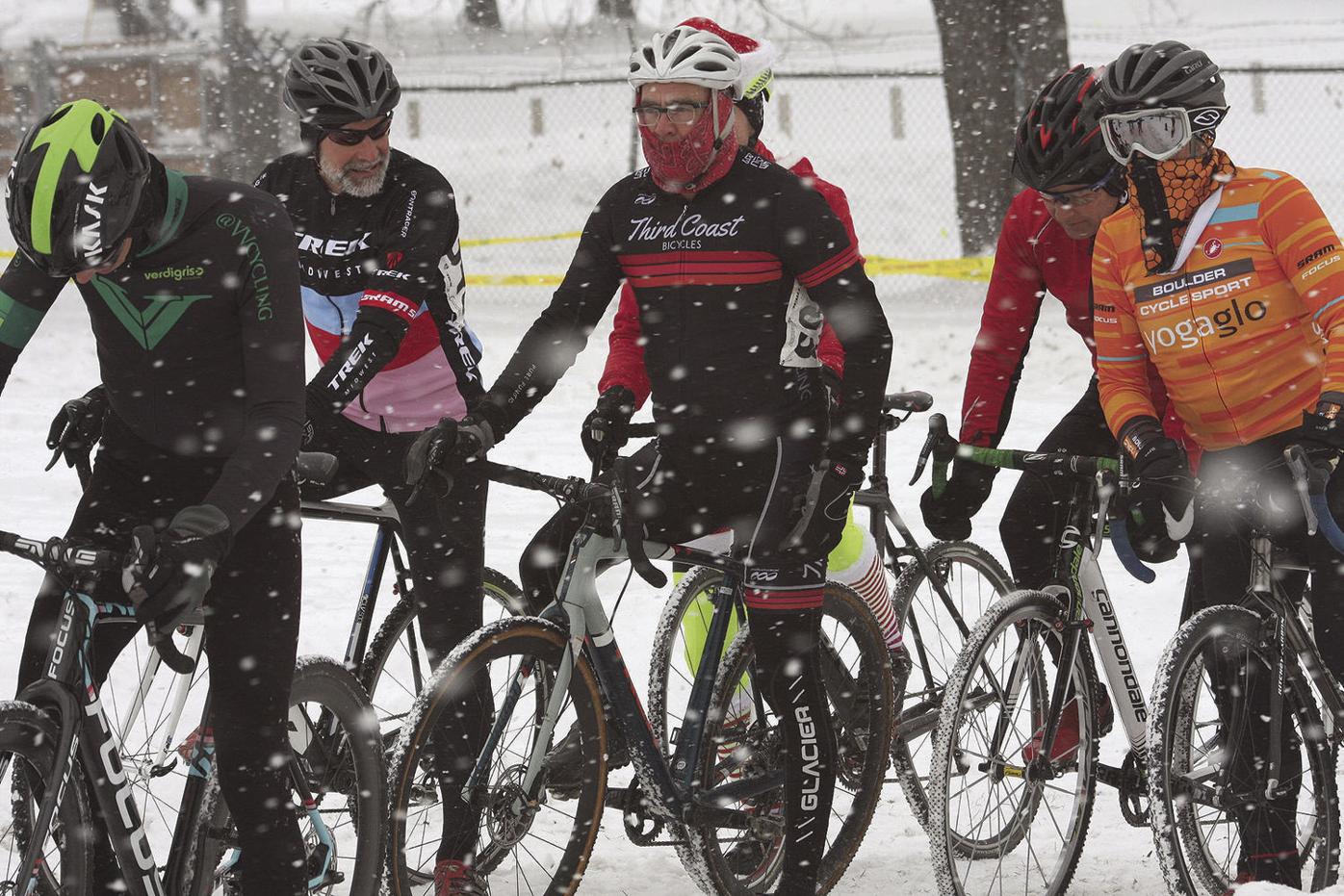 Community support for bike infrastructure as well as a willingness to welcome, sponsor and host bicycling events such as a winter cyclocross competition in Angell Park (above) were likely among the reasons Sun Prairie received a top rating among US small cities in a recently released PeopleforBikes ranking.

City Planning Director Tim Semmann credits the city’s bile path connection to the City of Madison’s bike path using a tunnel under Highway 151 (above) as being among the many reasons for the city’s top ranking among bicycle-friendly small US cities.

Community support for bike infrastructure as well as a willingness to welcome, sponsor and host bicycling events such as a winter cyclocross competition in Angell Park (above) were likely among the reasons Sun Prairie received a top rating among US small cities in a recently released PeopleforBikes ranking.

Overall, Sun Prairie ranked 58th in the small cities category, just ahead of Marshfield and Hayward, and Lake Geneva in the survey.

PeopleForBikes released its 2021 City Ratings, expanding internationally for the first time to include 30 European, 42 Canadian and 35 Australian cities. In its fourth annual iteration, the data-driven City Ratings analysis evaluated more than 750 cities and communities across the globe to spotlight the best cities and towns for bicycling, as well as provide city leaders with actionable insights to make biking better in their communities.

City officials as well as a representative from Sun Prairie Moves greeted the news warmly.

“I am very pleased with the high-ranking Sun Prairie has received,” remarked Mayor Paul Esser. “It is the result of the combined efforts of the Sun Prairie citizen group Sun Prairie Moves, the Sun Prairie Transit Commission and the city’s planning staff.

“We have made steady progress year by year and now we are seeing the payoff from those efforts,” Esser added. “I am convinced that as the City of Sun Prairie and all of Dane County continues to grow rapidly the time is coming when biking will be a desirable option for commuters as well as recreational riders. There are many great things happening in Sun Prairie and this is one of them.”

“I think it’s fantastic that Sun Prairie continues its upward trajectory of recognition for implementing strategies that make our community more bike friendly!” added City of Sun Prairie Planning Director Tim Semmann, who is departing for Waunakee to become its Community Development Director.

Semmann, who lives in Madison and bikes to work, credited bicycling infrastructure as being among the key reasons for Sun Prairie’s ranking.

“One of the key pieces of infrastructure was the creation of the path underneath Highway 151 that linked Terra Court to Hoepker Road,” Semmann added. “That really opened up possibilities for what could be . . .

“In addition to Mayor Esser and other alders who recognize the many benefits of providing bicycling infrastructure,” Semmann added, “recognition should be given to efforts of citizen advocates such as the Sun Prairie Moves organization. They have been instrumental in keeping the need and desire for more bicycle infrastructure and events in the public eye — aspects that help make a city a great community.”

Peter Dettmer, president of Sun Prairie Moves (formerly the Sun Prairie Bicycle Advocacy Group), pointed out the recent rating is just one of many recent rankings the City of Sun Prairie has received for its bicycling infrastructure.

“The most recent Top 11 ranking through People For Bikes is showing the positive results of our continues, collaborative efforts between the city’s infrastructure improvements and Sun Prairie Moves community engagement to get more people on bicycles,” Dettmer said.

“We hope to see this positive trend continue, with the next major step relying on the city to develop an Active Transportation plan, that will identify existing gaps and determine future, citywide infrastructure improvements to make transportation safer and more accessible for all users,” Dettmer added.

More about the rankings

Topping this year’s ratings in the United States are Brooklyn, NY; Berkeley, CA and Provincetown, MA (each ranking first in the large, medium and small city categories, respectively). Top international performers include Canberra and Alice Springs in Australia; Utrecht and Groningen in the Netherlands and Gatineau, Longueuil and Montreal in Canada, all located in the province of Quebec.

All top performing cities have certain traits in common: strong bicycle networks — the systems of interconnected bike lanes, paths, trails and safe streets that make bicycling an enjoyable and effective means of transportation.

“We focused on bicycle networks because research shows that the best cities for bicycling have safe, comfortable, connected bike networks that allow riders to access the places they need to go, like work, school or local businesses,” said Kyle Wagenschutz, vice president of local innovation at PeopleForBikes. “It really is as simple as, ‘If you build it, they will come.’ Building better bike infrastructure is the key to increasing ridership, improving safety and working towards equitable mobility.”

After four years of data-driven analysis and evaluation of bicycling in American cities, PeopleForBikes can confidently identify the actions cities must take to improve bicycling locally.

Those lessons are being compiled and shared via the organization’s Advocacy Academy, an online video series and resource library for city leaders, decision makers and advocates.

This year’s ratings draw from two key factors: the quality of the bicycle network in a region (Network Score) and community perceptions of bicycling (Community Score).

The first is sourced from the PeopleForBikes Bicycle Network Analysis, the second from online surveys submitted by local residents and advocates about bicycling in their city. Sun Prairie’s rating was 58, its network score was 58 and its community score was 56.

Simplifying the City Ratings formula from years past allowed PeopleForBikes to make comparisons globally and include more cities, both nationally and internationally.

This year’s ratings grew to include 660 cities in the United States, including 150 newcomers.

“With our expanded ratings, bicycle advocates can now see results from cities with a long history of excellence in bicycling like Utrecht, and cities like Paris that are rapidly improving their bicycle network,” said Wagenschutz. “Incorporating international cities into City Ratings enables us to compare progress in U.S. cities to bicycling around the world.”

PlacesForBikes is supported by a generous grant from Waterloo-based Trek Bicycle Corporation, as well as contributions from other bike businesses, foundations and individuals.

“At Trek, we have an unwavering commitment to PeopleForBikes’ mission and, as a founding partner, fundamentally believe we need to work together to improve bike lane infrastructure across the country and get more people on bicycles,” said Bob Burns, director of advocacy at Trek Bicycle.

“We know that safety is top of mind for cyclists and can be a barrier to riding,” Burns added.

“A recent national study of ours revealed that 77 percent of Americans feel that bike lane infrastructure in their city or town needs to improve and we — along with PeopleForBikes — want to help pave the way for more education, advocacy and ultimately improvements,” Burns said.

PeopleForBikes is making biking better for everyone by uniting millions of Americans, thousands of businesses and hundreds of communities to make every bike ride safer, more accessible and more fun; learn more online at PeopleForBikes.org.