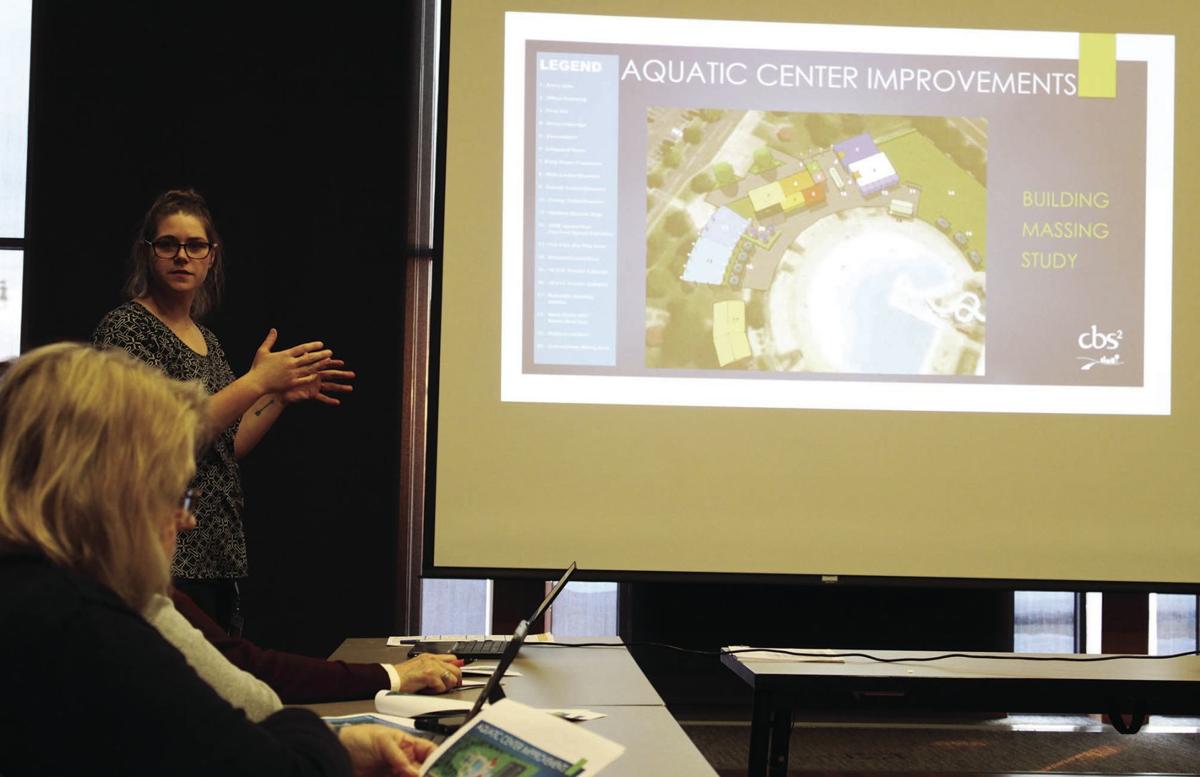 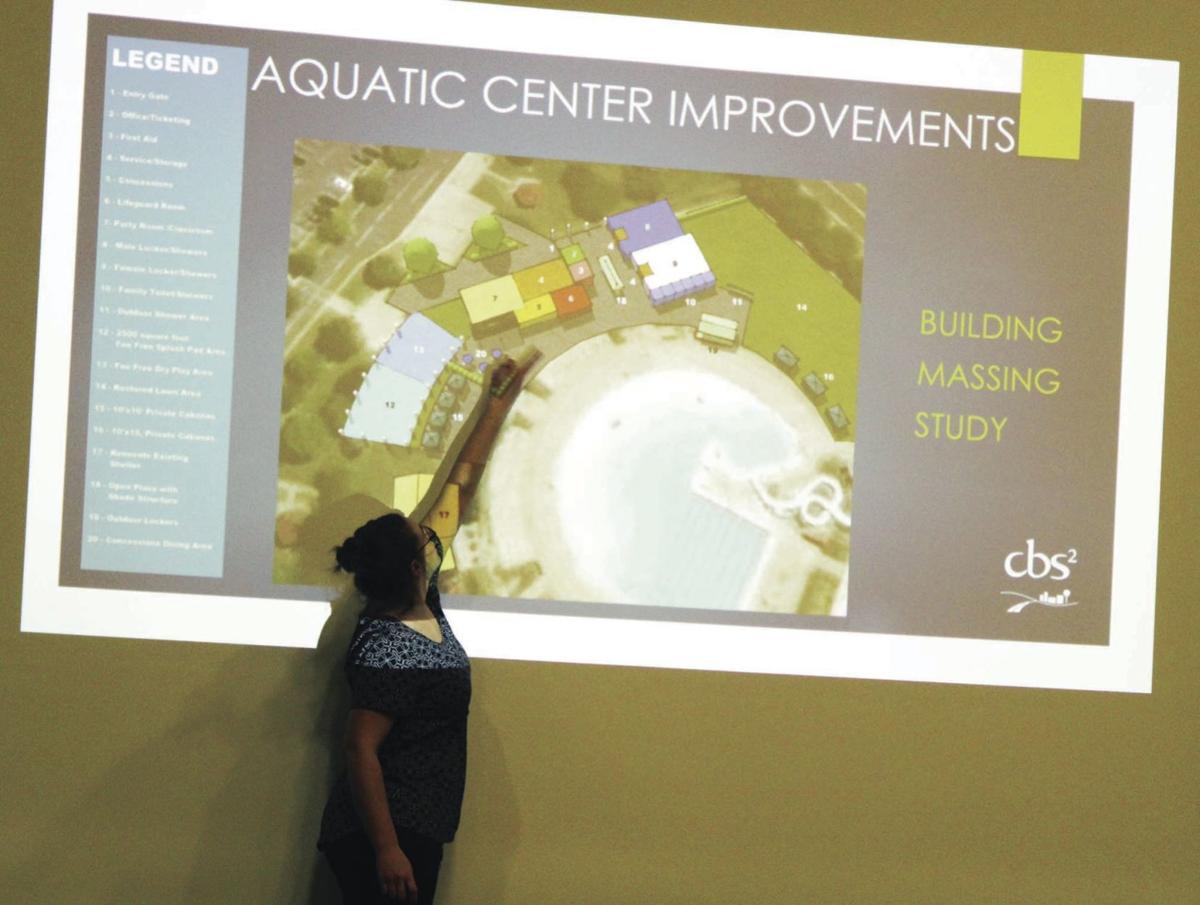 Sun Prairie Parks, Recreation and Forestry (SPPRF) Director Kristin Grissom unveiled proposed changes to Sheehan Park, including upgrades to the Family Aquatic Center bathhouse and surrounding facilities. Grissom was trying to show where various items would be located on the plan. 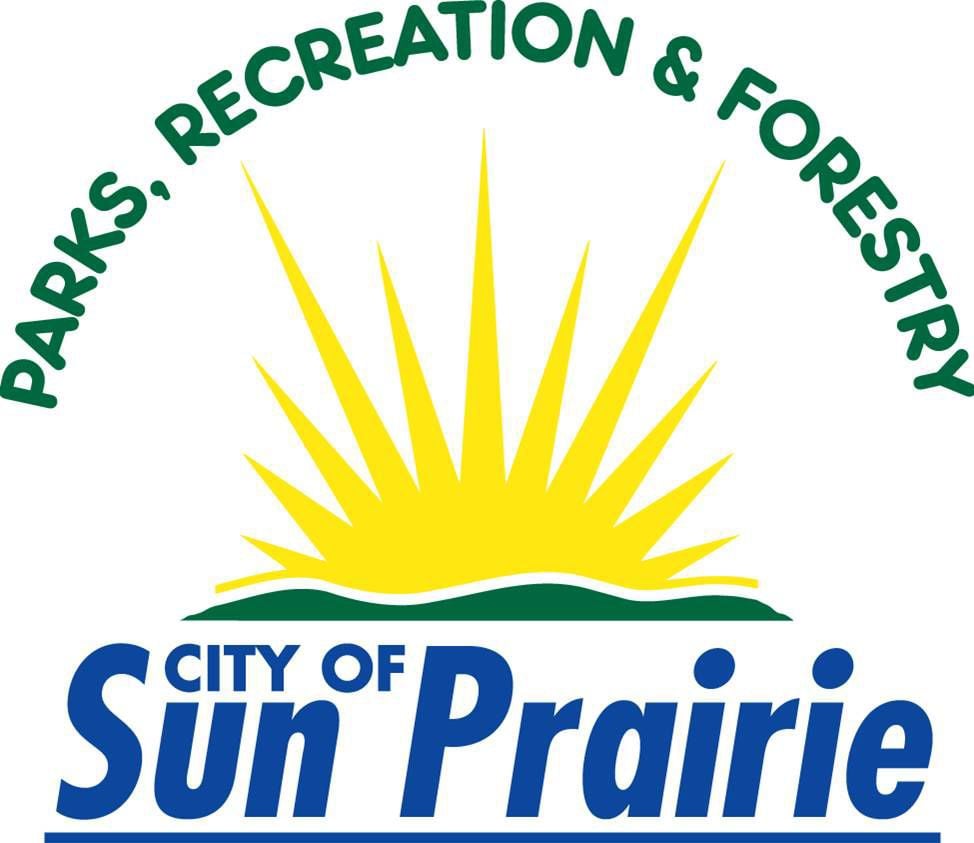 Sun Prairie Parks, Recreation and Forestry (SPPRF) Director Kristin Grissom unveiled proposed changes to Sheehan Park, including upgrades to the Family Aquatic Center bathhouse and surrounding facilities. Grissom was trying to show where various items would be located on the plan.

Broken down into phases, the park plan is the culmination of an effort that began Sept. 25 and continued with focus group meetings through the winter. The plan, created by cbs squared based on that public input, includes upgrades to the Family Aquatic Center that are planned for the 2022-23 City of Sun Prairie Capitol Improvement Plan, according to Grissom.

According to the plan and building massing study, the improvements include a new entry gate, office/ticketing area, first aid station, service and storage building, concessions with a separate outdoor dining area, a lifeguard room, and party room that will double as a classroom, separate male and female changing rooms in a new 8,394 sq. ft. bathhouse and family toilet and showers located on the exterior of the bathhouse building. An outdoor shower area will also be located away from the locker room building along with outdoor lockers.

The center will also include a 2,500 sq. ft., fee-free splash pad connected to a fee-free dry play area. A restored lawn will be installed where the sand play area currently sits. The current pool shelter will be renovated along with construction of new private pool cabanas that will be 10-by-10 feet and 10-by-15 feet in size.

An open plaza with shade area will be located between the locker room building and the ticketing/office and first aid buildings at the center. A 50 meter pool, estimated to cost $2 million, is also part of the plan.

The plan shows the locker room building constructed in a similar architectural style to the Sun Prairie Public Library — and the Recreation Center building will also be constructed similarly, according to the plan.

The plan for the aquatic center upgrades shows a $7.43 million price tag, including a 30 percent contingency fee and an eight percent engineering design services fee.

The plan calls for narrowing Linnerud Drive by five feet, eliminating on-street parking, and adding bike lanes to both sides of the east-west street that splits Sheehan Park from the Sun Prairie Public Library and the Family Aquatic Center.

A 10-foot paved trail should also be constructed on the south side of Linnerud Drive, according to the plan.

The plan also calls for an elevated roadway surface with clear markings to show mid-block crossing points between Sheehan Park and the Sun Prairie Public Library on the north side of Linnerud Drive.

Other traffic calming measures are also recommended as part of the plan.

Grissom emphasized that any improvements to Linnerud Drive would be undertaken as part of the Sun Prairie Public Works Department or Engineering Department budgets and likely not be part of the park upgrade plan.

The estimated cost for the improvements to Linnerud Drive and the paved path would be $1.949 million. Grissom said that if parking is removed from Linnerud Drive, more parking would be added elsewhere in the park.

The plan calls for the retention of the existing soccer field and baseball diamonds, but a significant upgrade to the shelter, which the plan refers to as a large group pavilion. An outdoor kitchen will be added along with more parking, an event plaza, two small group pavilions, a basketball court and separate play areas for children ages 1-5 and 5 to 12 years of age. A fitness equipment and exercise plaza is also recommended for the northwest portion of the park.

The total estimated cost for Northwest Park improvements is $3.53 million, according to the plan.

The plan, which outlines this area as Phase 2.3, calls for a slight reconfiguration of the existing sledding hill in the park to be used for inner tube and sled chutes, complete with towing back to the top of the hill. A warming house with restrooms will overlook the hill along with fire pits, benches, a viewing deck and a small ice skating rink. An expanded parking lot will serve the winter recreation area.

A snow making system will be installed to make snow if not enough exists to groom the sledding/tube chutes, and the entire area will be lit.

The plan was a response to calls for more winter recreation opportunities in the park.

“This is a real revenue opportunity,” Grissom told the group. She said it could be possible to rent the facility for company or family gatherings in addition to charging for tube rental in an effort to help recover costs associated with the upgrades.

The plan calls for relocating existing park maintenance buildings, expanding the parking lot and adding a maintenance storage yard. Land would be acquired to expand Little League offerings in an 11 acre area, with one additional Little League field added.

A water feature is also planned east of the 11-acre Little League expansion area. The water feature will include an observation dock and deck with a fishing area, and be connected to the parking area by a paved path.

This phase also includes the South Sheehan Preserve on the south side, or the mostly undeveloped, portion of the park. This will include expanded trails which will be paved and mowed by city parks crews as well as decks and shelters overlooking the pond.

The cost of the South Sport and South Sheehan Preserve areas is estimated to be $5.9 million. Grissom said this portion might be more long-term than other phases because additional property acquisition will be required by the city to enact it.

Shown as Phase 3 in the plan, the Community Recreation Center will be located north of Linnerud Drive, with the Sun Prairie Community Gardens relocated behind the building.

The Community Recreation Center could be constructed in two phases, each with its own parking lot.

The $28 million Community Recreation Center will include Parks, Recreation and Forestry Department staff offices in the first phase, along with a fitness track, breakout plaza, and multi-purpose building that will include meeting room space. The second phase will include early childhood space with an outdoor play area and separate entry plaza.

“So this is the sticker shock that I talked about,” Grissom said, when she unveiled the price tag for the entire project: $48,334,941.

Grissom said the improvements probably would not be completed with park fund dollars, because they represent improvements for the entire community. But she said the city intends to apply for state Department of Natural Resources Stewardship Fund money as well as other community grants and donations to help finance various parts of the plan.

“It’s a working document,” Grissom said, adding that she expects that things will change in the plan over time. She said the plan is completely conceptual and that the cost estimates are strictly estimates.

Task Force member Donna Bemis asked if the Recreation Center could incorporate a Frank Lloyd Wright style of architecture, and include some tie-ins to Sun Prairie native Georgia O’Keeffe.

“It’s not a matter of if we get a recreation center,” Grissom said, “it’s a question of when.”

In general discussions about the plan, the task force members — which included some representatives from youth baseball and softball and bicycling interests in Sun Prairie — were generally receptive and thanked Grissom for allowing them to participate.

Grissom said she felt good about the plan. “It’s been very stakeholder-driven,” she said.