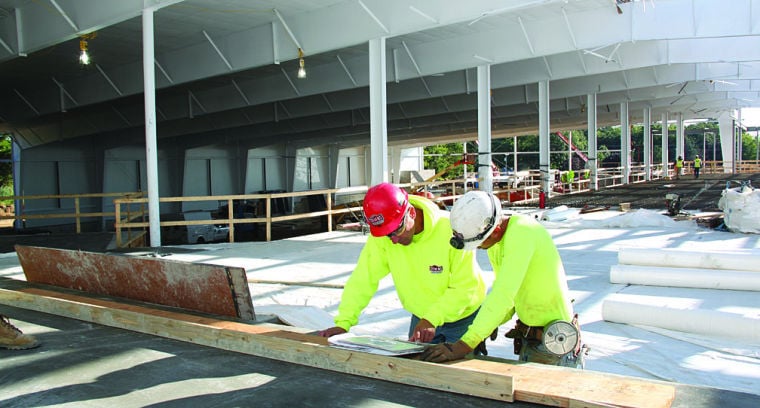 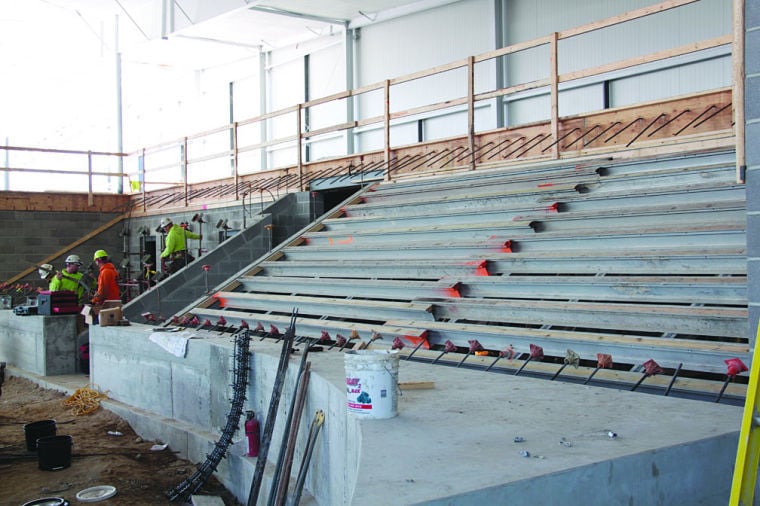 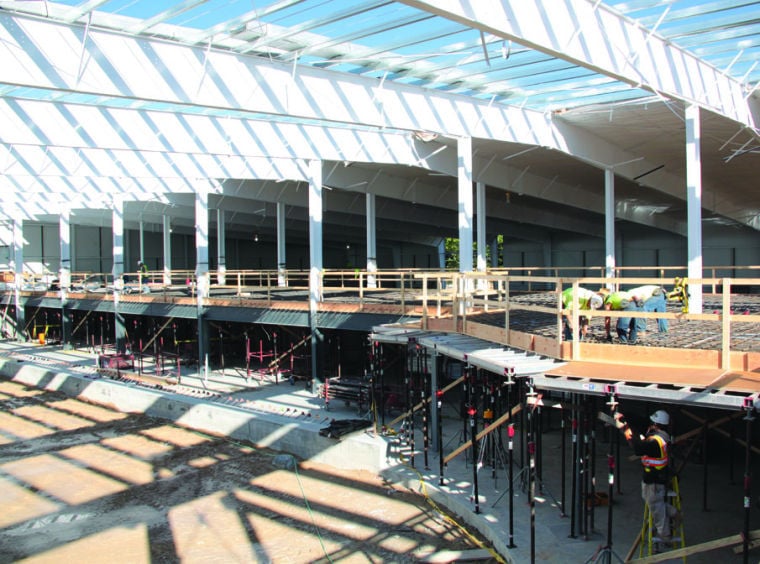 The building's visible progress is evident with each passing day as workers with Stevens Construction Corp. of Madison put in over 50 hours per week to meet the end-of-year deadline.

“It's tight,” construction supervisor Tom Simon said of the timeline, ”but we'll make it work.”

“Walking throughout the building and seeing the progress of it is unbelievable,” said Jen Kurtz, president of the Sun Prairie Youth Hockey Association. “It has been a tremendous undertaking and there have been many long hours devoted to this project by a lot of people.”

Local hockey teams will be forced to spend the early portion of their schedules playing strictly road games until the new venue is complete.

The previous ice arena that served Sun Prairie skaters for more than three decades has since been leveled.

“It was very bittersweet to say goodbye to our old rink,” Kurtz remarked. “That was our home for many years, but a new generation will now get to enjoy this first-class facility.”

Kurtz said the building will have many “wow factors” built into it and be “more impressive than what most people ever envisioned” when project planning first began years ago.

The two-rink complex will boast 16 locker rooms (two high school varsity, two for lease, one for figure skating, and the remaining for youth), concessions, an abundance of seating with a variety of views, retail space and other amenities expected to make it one of the preeminent community sports venues in the state.

Of the two ice sheets, one (Rink A) will have a sand bottom and remain covered with ice all year.

The other (Rink B), will be named after sponsors Tom and Rita Tubbs. The Tubbs rink will have a cement base and be cleared when necessary to allow for other activities and events, such as trade shows.

According to past SPYHA president Dave Batterman, the dasher boards on Rink A were acquired from the NHL's Calgary Flames and used inside the famed Saddledome. Batterman said there was also an effort to secure glass from the Montreal Canadiens, but it was not compatible with the Calgary boards.

“(I) Thought we'd have quite an international story but it's only half as good,” Batterman said.

Youth and upper level hockey won't be the only programs that benefit from the arena. Figure skating, community recreation, and private events are among the happenings expected to fill the building year-round when it officially becomes available.

“We hope to grow the sport of hockey and excitement in our community, but we also think the arena will spark more interest in figure skating and other things,” Kurtz said. “It's very community based.”

SPYHA has raised over $3.1 million to help fund the project, but Kurtz said the group will “always be fundraising.”

Naming rights for Rink A, the lower lobby, and various rooms and offices throughout the arena are still available for purchase.

The building's retail space has yet to be claimed by a tenant and businesses interested in advertising within the arena are still able to do so while space remains.