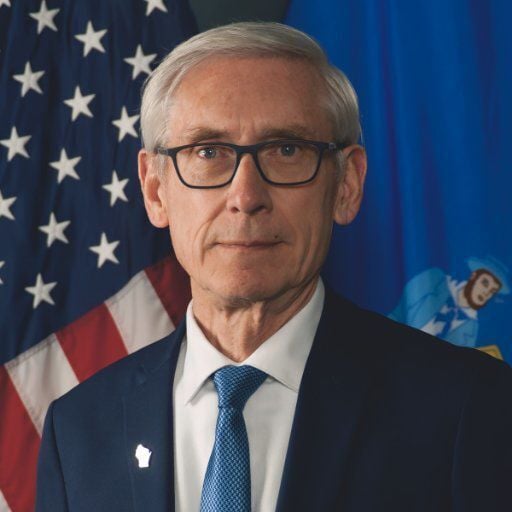 Gov. Tony Evers says his two-year budget plan due to be delivered in mid-February will again propose accepting federal money to expand the Medicaid program.

Republicans removed the provision from his first budget, dismissing it as an attempt to expand welfare.

The Department of Health Services again put the proposal in its budget request, and removing it would require finding $588 million more in general-purpose revenue to fund Medicaid under its current structure.

“The extra revenue would be welcome, but most importantly that extra revenue helps us create a better health care system for people that struggle,” Evers told WisPolitics.com in late December.

“I’m hopeful that people will take a second look at it and say this isn’t welfare as I know some of our colleagues have suggested,” the governor added. “This is just good for public health.”

On other issues, Evers said:

• He will “wait until my number is called” to receive the COVID-19 vaccine.

Evers said he understands the interest in having high-profile people publicly receive the vaccine to encourage others to get it once available.

But he believes Wisconsin will respond well to being vaccinated “without me taking somebody’s place.”

Evers said he’s not convinced members of Congress getting vaccinated will persuade anyone to get one.

“Personally, I like my approach, and that is I don’t want to take anybody’s place in line. I think that looks bad,” Evers said.

• He supports including teachers and early childhood educators in the next wave of those who will be eligible to receive the vaccine after the first priority included health care workers.

The former state schools superintendent said the “sooner we get kids in the classroom, the better” and the vaccine can aid in that process.

Still, he noted districts across the state are already providing in-person instruction.

“Two things are clear,” Evers said. “Virtual learning isn’t for everybody and kids are not the transmitters that we had feared they were going to be. Is it always going to be messy until we get everybody vaccinated? Yes. But I think it’s important that we start to transition in that direction.”

• He declined to say if he would run for another four-year term in 2022.

In last year’s year-end interview with WisPolitics.com, Evers said he was “having fun” as governor and answered “hell yes” when asked if he could picture himself serving two terms.

This year, Evers said he’s made no decision about running for re-election in 2022, saying he’s focused on the pandemic and getting a budget passed “that reflects the will of the people of Wisconsin.”

He said he’ll make a decision after that about another run.

Evers said that doesn’t reflect a change in his thinking, but that he’s not ready to say definitively that he’s running.

“I’m trying to get our state out of a pandemic and prepare a budget and prepare for gerrymandering,” Evers added.

“There’s lots of things on the table besides figuring out whether I’m absolutely going to run.”

Evers added, “I love this job. It’s a great job. It’s a challenge, and every once in a while I get frustrated living in a bubble but so does everybody else in the state so I have good company there.”