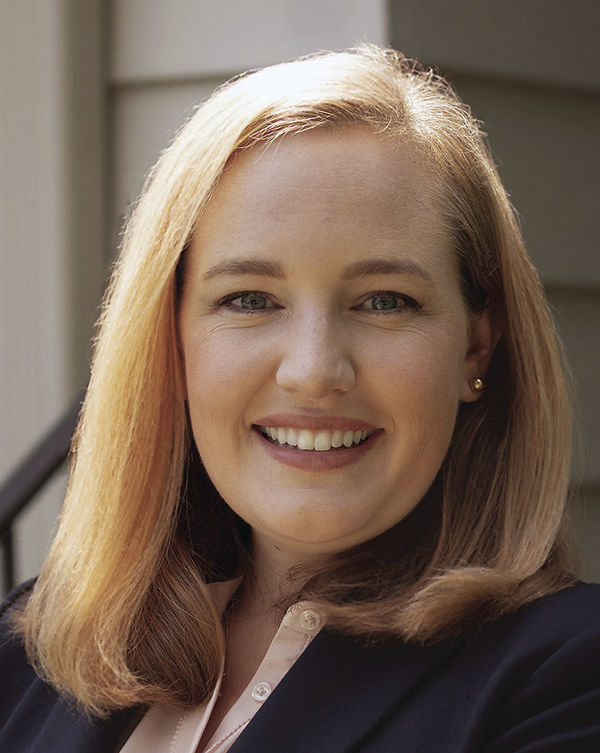 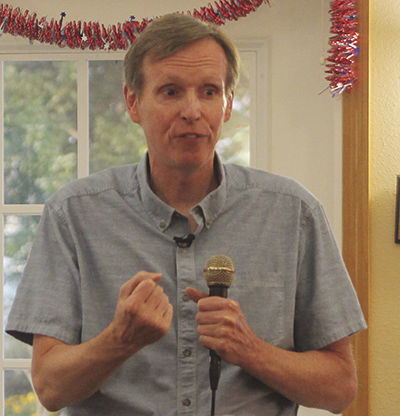 Democratic candidates are alleging nomination papers being distributed by a Bernie Sanders-aligned group contain errors that would lead to rejection by the Wisconsin Elections Commission.

The deadline for candidates to submit nomination papers is June 1.

But an aide to Rep. Steve Doyle said in a Facebook post that nomination papers from the OWR tool for the Onalaska Democrat listed "City of t" in the section of the form for the candidate's municipality, an error that would likely lead to any signatures collected on the form being invalid.

Doyle staffer Jimmy Macken alleged when he raised the problem with OWR, multiple communications were ignored and his query to the group on Facebook about the issue was deleted.

Macken said after he publicly raised concerns about it, the group sent a fundraising email warning of a "concerted social media effort to discredit" the tool but did not correct the error in Doyle's papers.

"I'm not upset that [OWR Executive Director Mike McCabe] called my post a 'concerted social media effort' (I am an organizer after all)," Macken wrote in a Facebook post. "I am however upset that before they fixed the error they are fundraising off the error.

"Seriously, what a giant joke."

Macken did not return multiple requests for comment on this story.

In an interview with WisPolitics.com, McCabe said he had "no idea what [Macken] is talking about."

McCabe, a 2018 Democratic gubernatorial candidate and former head of the Wisconsin Democracy Campaign, said he was first made aware of the issue when he received an email indicating Doyle's nomination papers were listed as the City of Onalaska instead of Town of Onalaska.

He said he "immediately" forwarded that email on to AlephAPI, the company that designed the tool headed by 2018 Democratic gubernatorial candidate Bob Harlow and Terrance Warthen, an OWR board member. McCabe said the pair quickly resolved the issue.

Warthen told WisPolitics.com in a joint interview with Harlow that he didn't believe the issue was systemic.

"It has been, for us, rather partisan with a small group of people," he said.

But Doug Hyant, a political consultant and former head of the Assembly Democratic Campaign Committee, said issues remained with Doyle's papers even after the town/city issue was fixed for the candidate's address.

Hyant said he used Doyle's address to generate papers as a signer. He said while those papers correctly generated Doyle's address as being located in the Town of Onalaska, entering the same address as a signer resulted in a City of Onalaska address being auto-filled into the "Signatures of Electors" portion of the form when the tool launched last Thursday until yesterday.

"The scary thing for me is it took them a week to fix that one," Hyant said. "I went into the border of the City of Madison and the Town of Madison and it is pretty clear to me that whatever data set they're using is not quite right.

"You have to wonder how many other people are geocoded into the wrong municipality around the state."

Quizzed on the tool generating incorrect addresses, Harlow said that "if that's occurring, we don't have knowledge of it."

"That would be news to us," Harlow said.

Elections Commission spokesman Reid Magney said the differences between town and city were likely too minor to be considered disqualifying under the standard of "substantial compliance."

Still, Harlow said he and Warthen, "take pains to actually go above and beyond" in order to verify the information in the candidate section of the forms is accurate.

"We've been very transparent in asking people, in asking all candidates to review their information," Warthen said.

McCabe, meanwhile, said OWR had vetted documents for "hundreds" of the more than 400 candidates whose papers were available through the tool while reaching out to "some" others, but would not answer when pressed on if all candidates were asked to review their information.

Democratic state Senate candidate Kelda Roys told WisPolitics.com that Warthen reached out to her to correct an issue, but only after she commented on Macken's Facebook post saying the OWR nomination papers listed her address incorrectly.

"It just seems like the luck of the draw that I scrolled by that post and happened to see it," she said. "I often wouldn't see something like that for a week because I'm not that active on Facebook."

Despite those issues, McCabe said responsibility for the errors lies with the Elections Commission.

"It's data from the Elections Commission campaign committee database that might include a misspelling or some error that we need to then correct," he said. "So we address those things as we find them."

Warthen also indicated the candidate information was primarily sourced from the Elections Commission but added some information that comes from the Federal Election Commission website. He speculated incorrect addresses could be generated because a candidate had moved.

"In the period of time between when candidates presented that data that we were available to acquire through WEC or the FEC, some candidates, I guess, had relocated," Warthen said.

Magney said he could have alerted McCabe, Harlow or Warthen about the potential for issues, but none of the trio reached out to the WEC before using the data.

"They never contacted us to say, 'Hey we're going to use this data, do you see any problem with that?'" he said.

Roys said the incorrect address listed on her OWR-generated nomination papers was an old address, as Warthen suspected. But she added she hadn't lived there in seven years and had collected signatures for her 2018 gubernatorial run at her current address.

"Needless to say, anybody who went to the site and was going to try to sign papers for me, their signature would have been disqualified," she said.

Randazza-Pade, meanwhile, said his campaign had not submitted any forms to the WEC that left his address blank and said the commission had reviewed all of his forms for compliance.

Still, both McCabe and Warthen touted testing by the Elections Commission as evidence the tool was working well.

"They are well aware of our system and have tested it and it's a useful tool and it's been beneficial," McCabe told WisPolitics.com

Warthen said the commission tested the tool and reported back to him that the tool was "not dissimilar to the MyVote site for Wisconsin, which is if you purposely put in a jibberish input, you might get something inaccurate back."

But Magney disputed that notion that the commission thoroughly vetted the tool.

"When we became aware of it, some of our election specialists spent some time looking at aspects of it, but Our Wisconsin Revolution did not tell us before they were doing it and did not ask us to review it after they put it up," he said. "I don't see any major problems with it but we can't say everything is perfect with it."

Roys, Hyant and Macken all called for the tool to be taken down until it had been fully vetted.

"This is the kind of stuff that would have gotten anyone fired if they did it and they were on a campaign because if you screw this up, you just lose," Hyant said. "For them to put it in the wild and somehow just do it that way is incredible."

Roys, meanwhile, said McCabe, Harlow and Warthen should have done more outreach to candidates before launching the tool or simply used the papers candidates were generating.

"It just seems like this is really a no-brainer to take it down until it can be fixed or just substitute getting papers from the candidates themselves so that you know that they're accurate," she said.

But McCabe has no intention of taking the tool down and said he believes the calls to do some come from people who "want control over which candidates are helped in getting on the ballot and which candidates don't get help."

"They sure don't want candidates who are mounting a primary challenge to an incumbent to get any help and our system plays no favorites," he said.

Doyle does not face a primary challenger.