Construction is now underway on the McHenry Apartments on West Main Street next to St Vincent DePaul’s. This complex (shown here with a separate, multi-tenant commercial building along West Main Street) will have 74 apartments, of which 37 -- or half the units -- will be workforce housing. 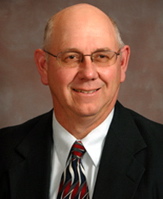 Construction is now underway on the McHenry Apartments on West Main Street next to St Vincent DePaul’s. This complex (shown here with a separate, multi-tenant commercial building along West Main Street) will have 74 apartments, of which 37 -- or half the units -- will be workforce housing.

Commissioner John Muller sought a public hearing before the commission for any stand-alone residential component of any development project. District 2 Alder Bill Connors suggested an informational meeting for residents of the neighborhood.

But both of the proposals – which govern the area known as Tax Increment Finance (TIF) District 11 or the Main Street TIF -- differed on the notification of area residents.

In a memo to commissioners, Director of Community Development Scott Kugler reminded alders that the reason for the expedited review was to minimize the possibility of altering the proposal.

Mayor Paul Esser commented that he likes the MSO process and likes the product as a result. That’s not surprising because one of the MSO’s projects is a signature achievement for the mayor’s workforce housing initiative.

But both Muller and Commissioner Dick Bohling have a point when they say the McHenry project (the third MSO redevelopment project discussed that will include a 5,000 sq. ft. commercial building along Main Street and a separate 74-unit apartment building with half of the units set aside for workforce housing) should have included more notification of neighboring residents.

The fact that such a large redevelopment project of the former Pamida Building could go without so much as a public notice should alarm every city resident about the impact of redevelopment projects on the value of single family homes. While it certainly won’t impact resale value in a city where houses are in high demand, it may impact their ability to sell them quickly.

So what to do? How to keep the fast-track MSO review while at the same time keeping neighbors in the loop?

The answer could be two-fold and is already available in the city’s development review process as well as part of how the city interacts with Wisconsin Department of Transportation (WisDOT) projects.

Under our proposal, when a MSO development project is scheduled to be reviewed at staff level, city planning staff will schedule a Public Informational Meeting, similar to how WisDOT notifies local media and neighbors for a pending road construction project.

A date is established and neighbors are invited to attend the meeting that includes a brief overview of the project, potential conflicts with local residents and perhaps even comments from the developers. Residents will have an opportunity to peruse project plan drawings and meet with city staff about potential issues with the project, but no elected government official input is allowed.

The Conceptual Review allows a presentation from the developer and comments from the public as well as the commission in order to react to the proposal.

If the proposal meets with extreme opposition from both the commission and the public, the staff reconsiders its review and places the project in the regular review process (where the developer will also have the right to re-present the project or withdraw the proposal).

If there is no significant opposition, the project continues through the fast-track process.

The compromise allows several enhancements the current MSO process does not, while keeping the project on schedule for fast-track review if there is no significant opposition.

More importantly, it complies with the spirit of the Open Meetings Law to conduct the public’s business in public by allowing two opportunities for public information where none existed before.

We hope city staff, commissioners and alders embrace the compromise — for the enlightenment and benefit of all city residents who could be potentially impacted by redevelopment in the future.