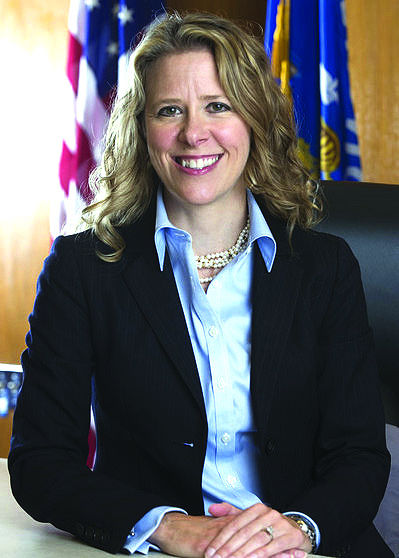 The annual decision to seek public office is never one taken lightly. The sacrifices made by public office holders today include everything from privacy to security as well as a huge time commitment.

With that in mind, it is particularly remarkable that Sun Prairie has four candidates seeking the District 1 alderman office currently held by Hariah Hutkowski.

In addition to the incumbent, three challengers -- Steve Stocker, Ginger Baier and Kyiel Kovach are seeking the office in a Feb. 16 primary.

All of the challengers have used the rationale for their candidacy as being inadequate representation for District 1 on the council.

However, seeing someone in office who does not resemble you or your life experiences is not a sole reason for voting that candidate out of office.

Hutkowski takes frequent surveys via e-mail and otherwise of his District 1 neighbors -- perhaps the only alder in the city to do this -- just to get their pulse on important issues.

One such issue was additional funding for Colonial Club. Mayor Paul Esser had sought $25,000 in one-time money as part of the 2016 budget for Colonial Club to upgrade restroom facilities to current Americans with Disabilities standards.

Stocker pointed out during the recent District 1 Aldermanic Forum that Hutkowski initially voted to remove the money from the budget.

However, as Hutkowski himself pointed out, he voted for placing $10,000 in additional annual funding for the club -- short-circuiting any criticism.

We hope these sorts of attacks do not continue during the remainder of this campaign. For someone touting “mature” leadership, we trust that Stocker will continue his candidacy without distorting his opponent’s record.

Voters who want a solid, responsive and fiscally-minded alder should vote to reelect Hutkowski, who plays an important role -- and often offers one of the few lone voices against big-spending alders -- as a member of the conservative minority on the council.

While both Baier and Kovach offer departures from Hutkowski, we fail to see why they should be chosen for the general election over Hutkowski and Stocker.

The fact that Milwaukee County Judge Joe Donald counted himself among current incumbent Rebecca Bradley’s supporters until only recently demonstrates plenty about this contest.

Despite some small campaign missteps, we think that Bradley -- appointed by Gov. Scott Walker to fill the unexpired term of the late Justice Pat Crooks -- should be moved on to the general election against JoAnn Kloppenburg.

Her current incumbency gives her a leg up on her competitors. Bradley will not need on-the-job training if reelected to a job where the law waits for nobody. Vote Bradley on Feb. 16.

Sun Prairie is among a handful of communities with a spring primary whose voter turnouts regularly fall around 20 percent.

Individuals who believe government should be good stewards of taxpayer money more than likely can’t point to any government program paid for by taxpayers whose participation is less than 20 percent. Yet, primary elections have turnouts totaling around that figure. That’s why voting -- in addition to exercising your constitutional right -- is so important.

Regardless of your thoughts on the candidates, please vote. It’s your responsibility as a taxpayer and duty as a citizen.