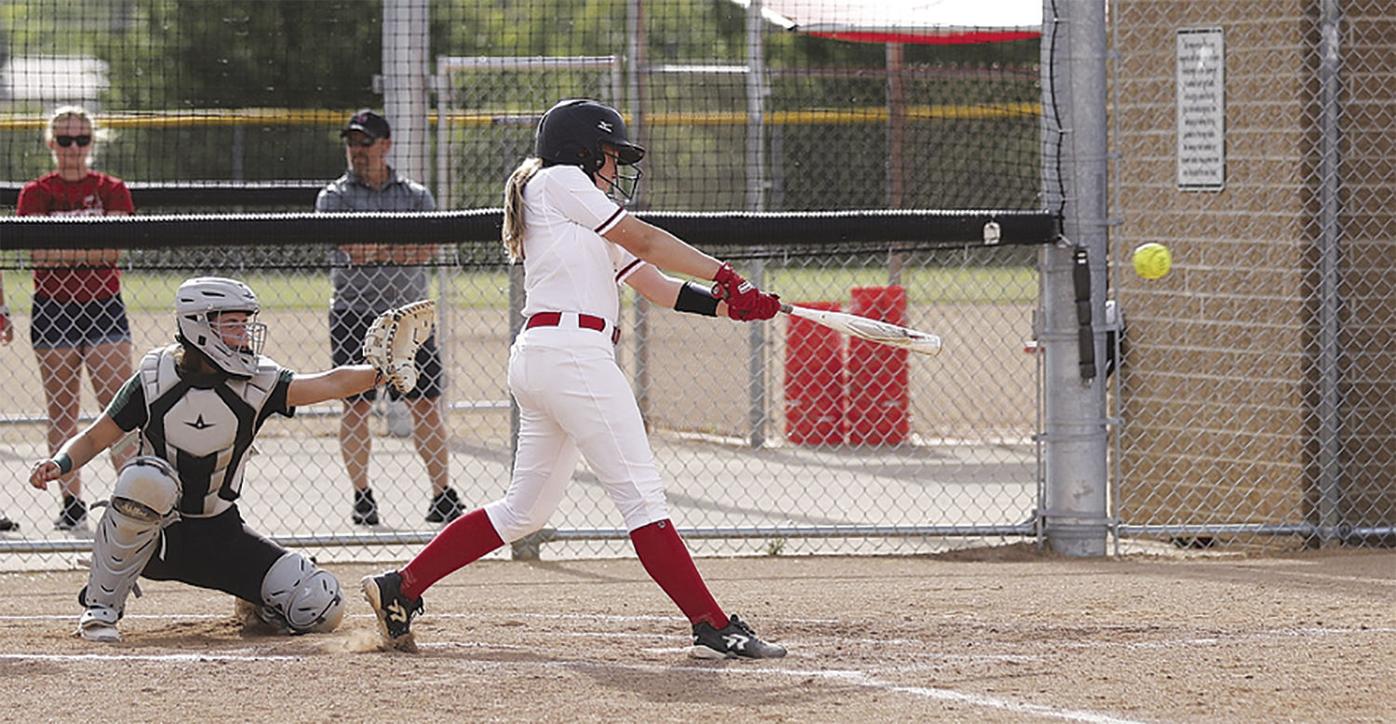 Tayler Baker slapped a hit during her 3-for-3 performance against Madison Memorial on Parents Night at Sun Prairie High School’s Joann Steffes Field.

Tayler Baker slapped a hit during her 3-for-3 performance against Madison Memorial on Parents Night at Sun Prairie High School’s Joann Steffes Field.

“The bats came alive and the girls got five runs right away, but Memorial struck back,” said head coach Jamie Olson, describing an active first inning, but quiet second and third for the Cardinals that resulted in a grand slam for the Spartans.

The Cardinals’ hosting match brought temps in the high 80s, with a slight breeze. The softball players honored their parents at Parents’ Night, gifting them red roses.

Chloe Knoernschild and Grade Radlund each hit 2-2, and Baker hit 3-3. Isabel Royle pitched seven strikeouts, no walks, and one hit, earning the shutout win. “The girls really shined last night, gave it their all,” said Olson. “We are fortunate to have versatile players who can play multiple positions. Tayler took a rest from the mound to get ready to face Middleton. The players have heard me say it, each game is a steppingstone to the next. As of June 2, Sun Prairie, Middleton, and Verona were in a three-way tie for top of the conference.”