Juan Alonso (top) pinned Dodgeland’s Garrett Clark, was one of three Waterloo wrestlers to go 3-0 in a quadrangular Jan. 7. 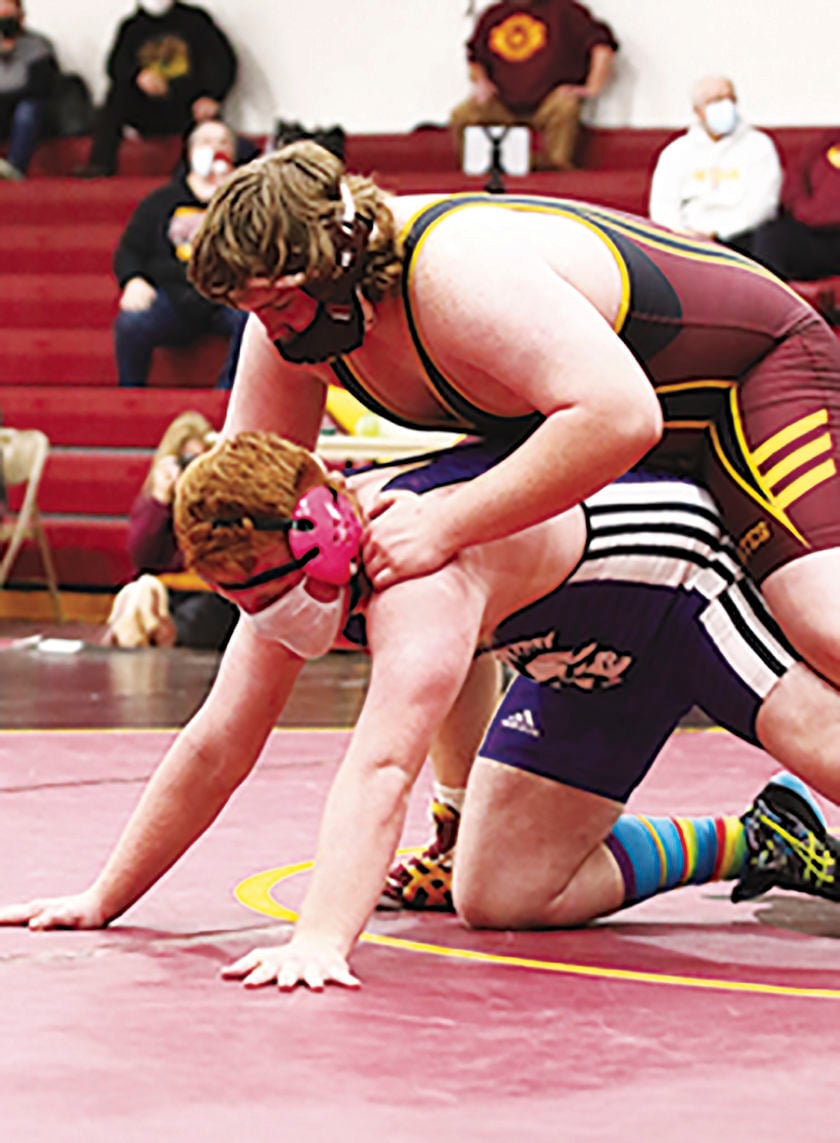 Eight Waterloo wrestlers went undefeated as part of a quadrangular sweep on Jan. 7.

“Most of the teams we faced weren’t able to quite have full teams so we had a lot of forfeits, but the matches we did get were against some quality opponents and state qualifiers,” said Pirates head coach Thurston Schuster. “I felt we really wrestled well against some of those kids, I was pretty impressed on how we did against the ranked kids.”

Carillo had two pins at 106. After receiving a forfeit against Dodgeland, the freshman pinned Johnson Creek’s Connor Gerstner in 1 minute, 28 seconds, before sticking Parkview’s Alexiana Garcia-Martin in 3:00.

“Fernando’s been a bright spot at the start of our lower weights, he’s done a really nice job of transitioning from middle school to high school wrestling,” said Schuster. “Hopefully he can keep it going in the latter part of the season.”

Aguero earned a pair of major decisions, 11-3 over Dodgeland’s Braxton Kohn and 10-0 over Parkview’s Camron Duncan while wrestling at 126.

Alonso had two impressive pins at 132, pinning Dodgeland’s Garrett Clark in 3:09, before sticking Parkview’s Jean-Luc Cramer in 43 seconds later in the night.

“They’re kind of our 1-2 punch going back-to-back. Neither of them have really gotten a lot of matches because of forfeits, but they both were able to come out and get a couple of victories in matches; they showed us why they’re senior leaders,” said Schuster of Aguero and Alonso.

At 285, Wright earned a 6-1 decision over Louie White of Dodgeland, then pinned Creek’s Kevin Morales in 3:56.

Waterloo will wrestle at Lakeside Lutheran Friday along with Lake Mills and Sugar River.

Wrestling begins at 6 p.m. at LLHS.