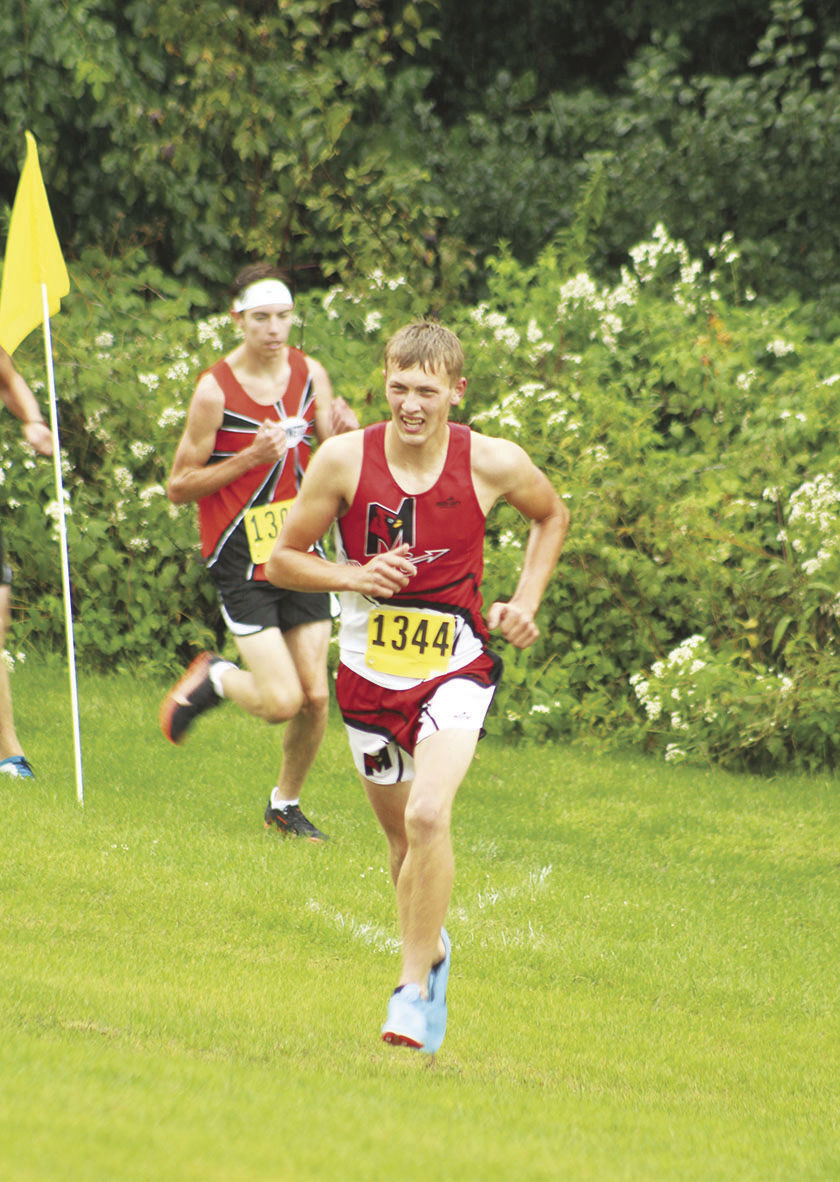 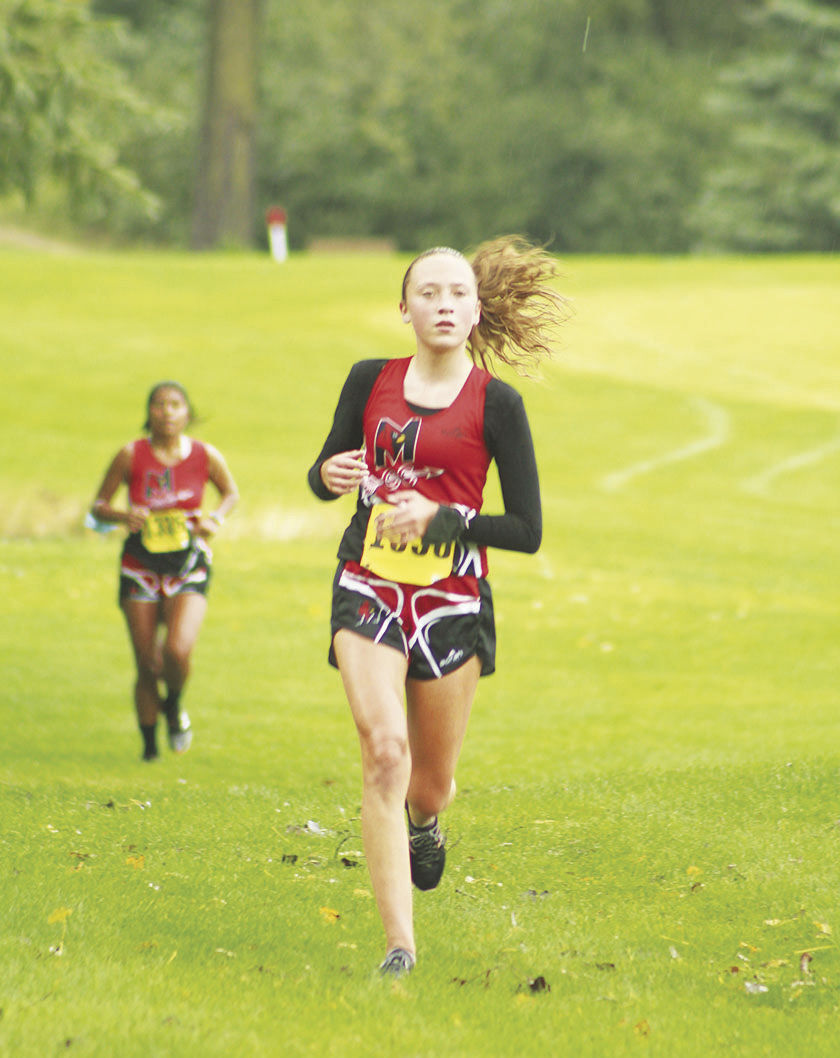 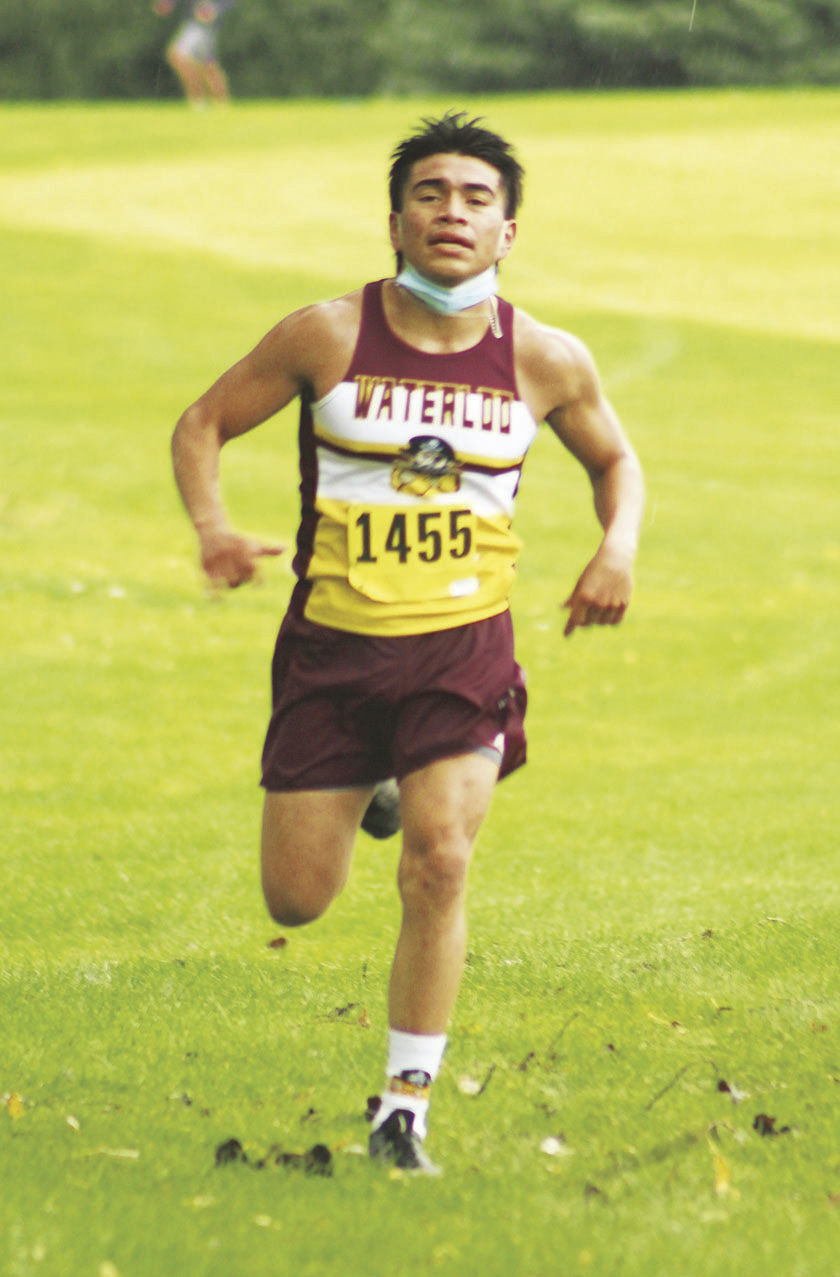 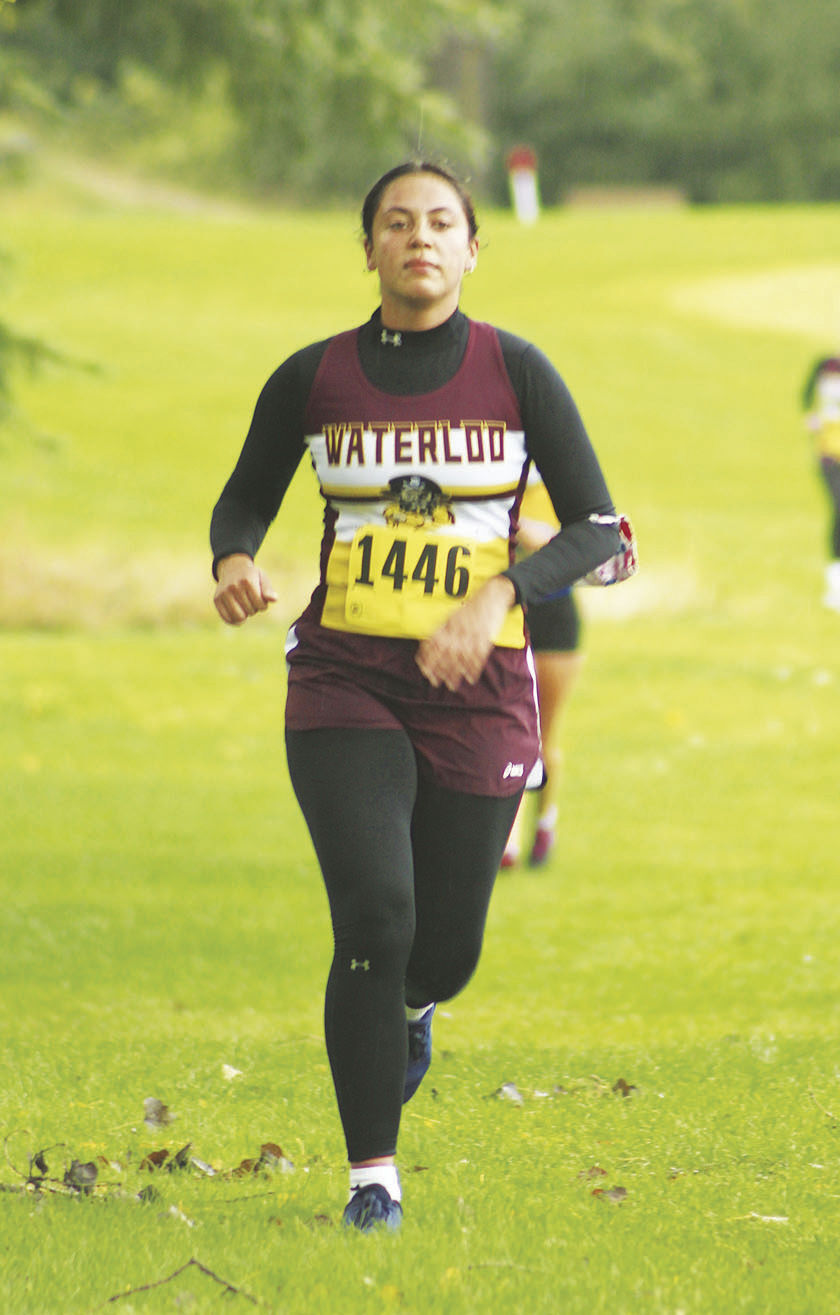 Times were a bit down as rain drenched the Shepherds Meadow Golf Course layout.

“The conditions were not ideal in terms of the rain, but the temperature seemed to work well for our kids; the grass was wet and it was sprinkling the whole time the kids ran,” said Marshall head coach Laura Grossman. “We were lucky to run on this course first, because by the time they ran the last wave, I imagine the back part in the woods was probably torn up.”

Grossman added: “The other challenge our kids are having is getting used to having such a limited time for warm-ups. With only 30 minutes to prepare for some of these races, you need to use every minute to prepare for your race. The runners and coaches are having to adjust to this, but we are still just so happy to be running.”

“Kobe and Justin once again led the way and did a great job setting the pace early in the race for our pack. Kobe entered the woods, which is in the last mile of the course, with Poynette’s third runner and came out with their second runner so he made up some ground in the last mile. Justin did, too. He entered the woods with Poynette’s fourth runner and came out with their third runner. Both ran strong races, worked hard in their last mile, and earned themselves a medal,” said coach Grossman.

“Reece and Ethan were once again running together and pushing each other; they ran great races today and just missed getting a medal,” said Grossman. “Mason rounded out our top 5 again and he really gave this race his all. He really showed a lot of determination throughout the race.”

“I was really impressed with Huston Siedschlag and Miles Zimmerman, they both made a nice step up today and ran fantastic races. Asher had a bit of a side stitch today, but really showed a lot of heart in hanging in there and finishing his race,” said Grossman.

“Mya was between Poynette’s Nos. 2 and 3 runners. She was running by herself a lot of the race and that can be hard, but (she) still ran a solid race,” said Grossman of Andrews. “Isabella ran a nice race today and did a nice job holding off another runner at the finish. Jazmin was our only other girl running and worked hard throughout the entire race.”

The Waterloo girls placed seventh while the Pirate boys were eighth.