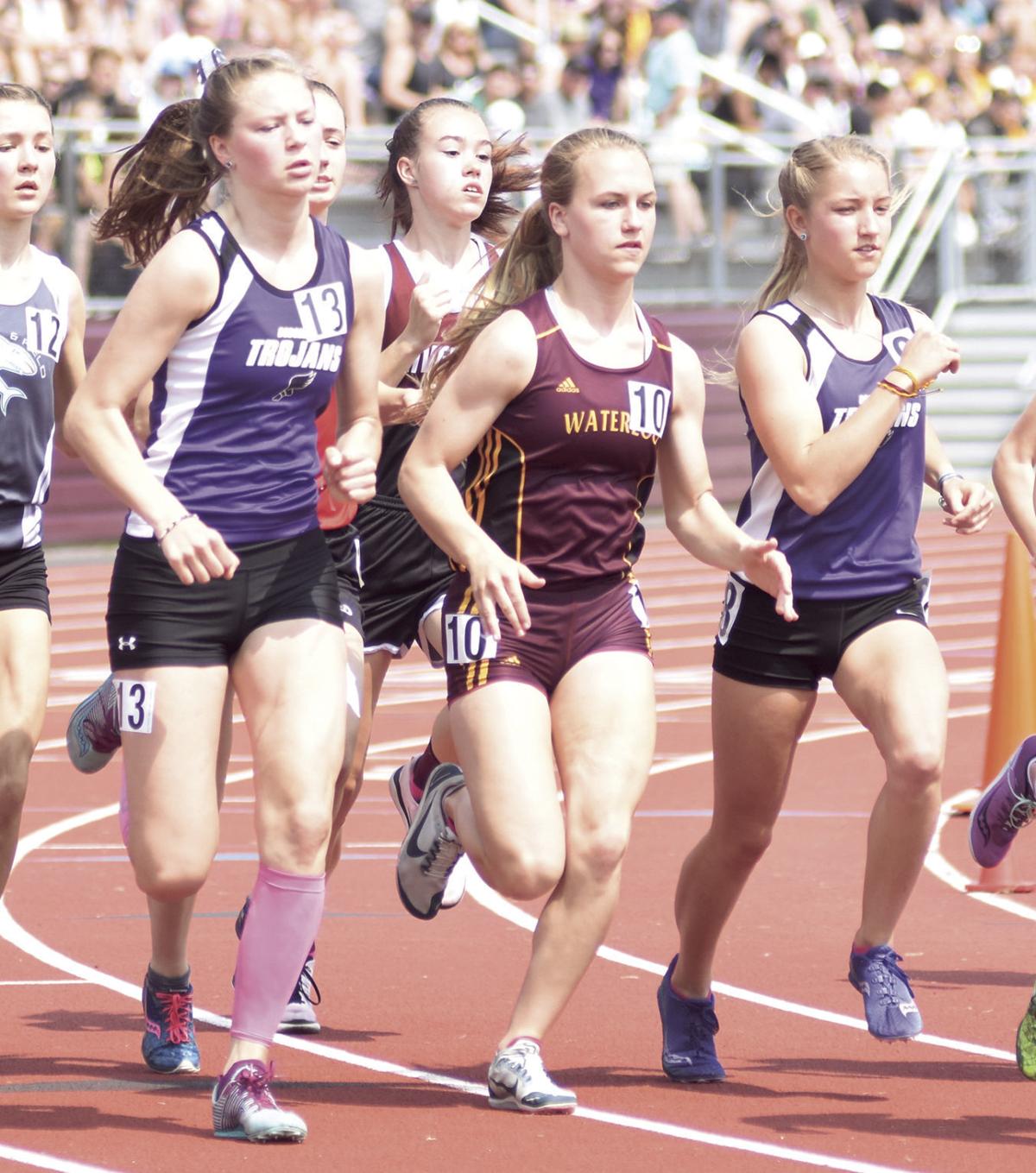 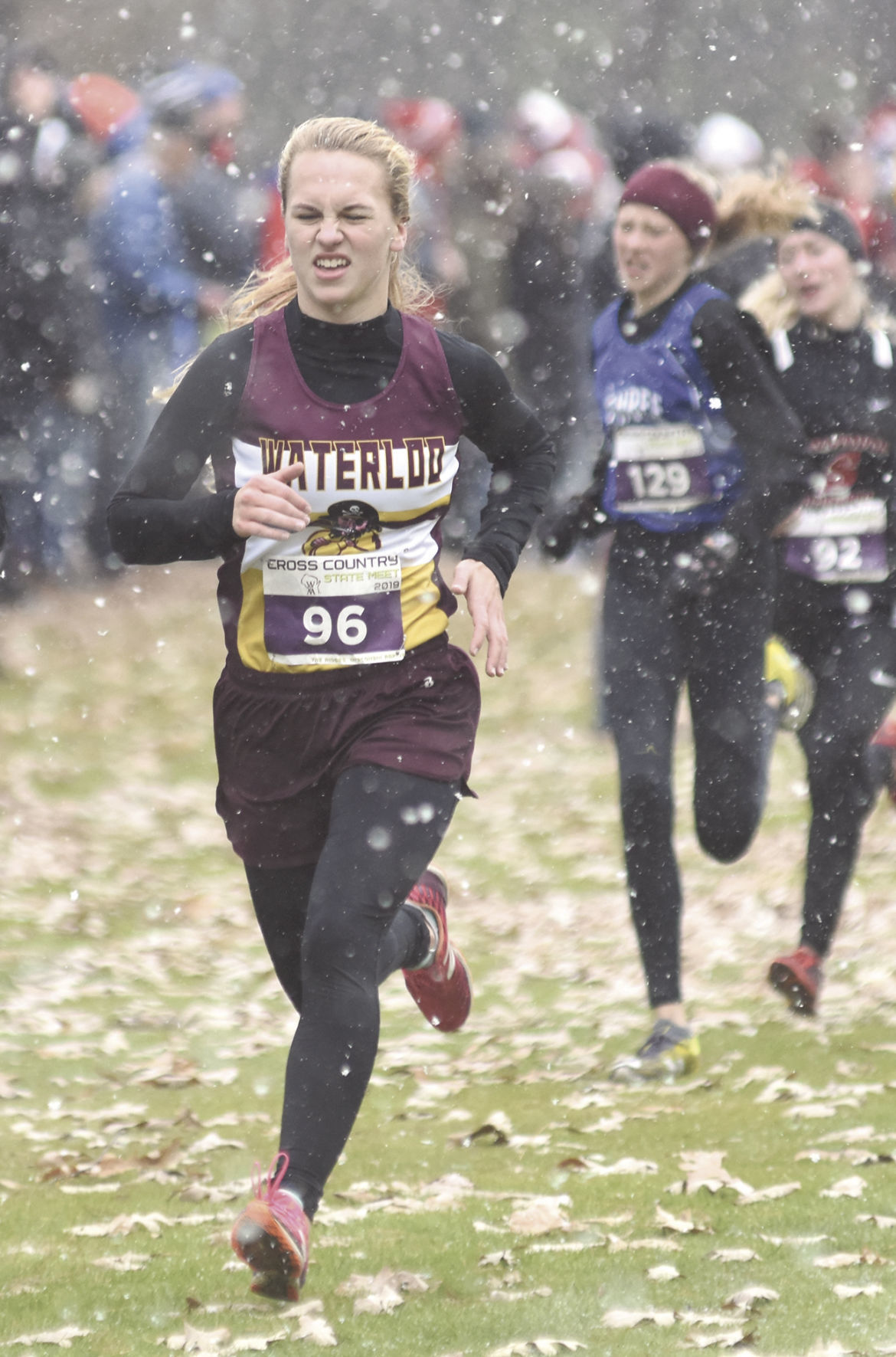 It has been a good run for Christi Forman, literally and figuratively.

The Waterloo senior has been an exemplary student-athlete, excelling in both cross country and track and field as well as in the classroom. But like many seniors, she’s sad it’s over, and over a little sooner than expected

Her well-documented athletic career fell short of being completed when COVID-19 reared its ugly head.

“I was pretty bummed, but I think it was to be expected,” Forman said.

Forman’s athletic résumé includes four trips to the WIAA State Cross Country Championships and two appearances in the State Track & Field Meet. And in all likelihood, it would have been a third this spring.

“I had an amazing time going (to state track) for two years and both were very different,” she said.

As a sophomore, Forman was Waterloo’s lone state qualifier. She maybe got caught up in the moment, finishing 16th out of 16 runners in the Division 2 3,200-meter run. But last year was much different. To start with, she qualified in both long-distance runs, and unlike in 2018, she was joined by three teammates.

“My first year I just went up there for my first race and that was it, but last year we were able to stay in the dorms together,” said Forman, referring to Pirate teammates Brooke Mosher, Brenen Skalitzky and Spencer Noel.

“I was thankful to have those memories, even if I couldn’t do it one more year,” Forman said.

What led Forman to running were her older siblings, Cassie and Joey. Following the Glenn Herold Invitational, held annually in Watertown, Forman participated in a fun run.

“It was a short 5K and I got a participation ribbon,” she recalled. “My sister is nine years older than I am, so I’ve been going to cross country and track meets for as long as I can remember.”

While she has done well in track, cross country has been where Forman has really shined in her prep career. As a freshman she finished in 38th place in the Division 3 field at Ridges Golf Course in Wisconsin Rapids, and a 32nd-place finish would follow her sophomore year.

She had her career-best finish the following season. During the 2018 State Cross Country Meet, Forman covered the 5,000-meter Ridges layout in 20 minutes, 18.30 seconds to place 23rd among 152 runners in the D3 field.

The highlight of her high school career came this past fall. After placing in the top 4 of the previous two Division 3 sectionals, Forman won the Whitewater Sectional after posting a 20:34.1 clocking. And in doing so, edged out contemporaries Hannah Constable of Johnson Creek and Gianna Dugan of Capitol South Conference rival Marshall.

“I knew a couple Dodgeland runners that I had run against since middle school had graduated, so I knew this year there was a good chance that either I could win it or Hannah or Gianna would,” said Forman, who noted the three have been friends for a long time. “I remember walking the course before the race and felt it was going to be tough, but when we went out and ran it, it just felt so right; not only did I win it, but I felt really good doing it.”

“I had set my sights on that since middle school,” she said about the 2-mile mark.

“I’ve done jazz band, marching band and played in the pit band for musicals,” said Forman, who plays the trumpet and piano.

“I guess I’m involved in a lot of things, but at a small school it’s hard not to be,” Forman said.

Each year, member high schools of the WIAA are invited to nominate one boy and one girl for Scholar Athlete honors. The program, which is underwritten by Marshfield Clinic, was launched in 1984 to demonstrate the positive impact of interscholastic athletic activities.

To qualify for WIAA Scholar Athlete recognition, a nominee must have earned at least four varsity letters through the first half of his/her senior year and must have a cumulative grade point average of at least 3.0 on a 4.0 scale.

TERRIFIC IN CLASSROOM AS WELL

While Forman performs well on the cross country course and on the track, she also shines in the classroom.

A 4.0 student, Forman plans on attending the University of Wisconsin-Eau Claire to major in nursing. And she also plans on running for the Blugold women’s cross country and track teams.

“I’m super excited about it,” she said.

While Waterloo will not be having a traditional graduation ceremony, Forman still will be able to give her commencement speech virtually.

“Our school is doing what they can by doing a drive-thru ceremony where we get to wear our cap and gown; it’s not quite the same, but I’m glad they’re doing something and I’m glad I still get to give a speech and get to be heard,” said Forman.

Safe to say, it’s been a good run for Christi Forman.

“I was thankful to have those memories, even if I couldn’t do it one more year."