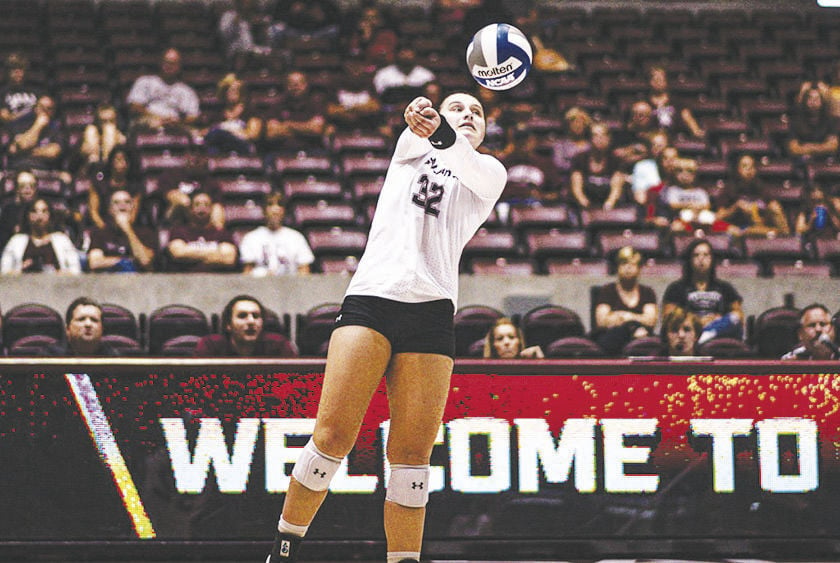 Marshall’s Bailey Neuberger is a redshirt freshman outside hitter at Southern Illinois University. 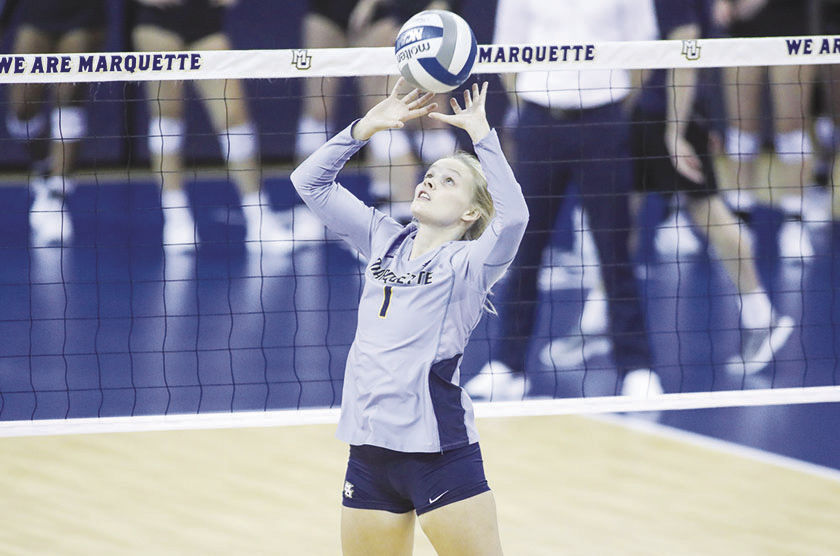 Waterloo’s Claire Mosher is a junior setter at Marquette University.

Marshall’s Bailey Neuberger is a redshirt freshman outside hitter at Southern Illinois University.

Waterloo’s Claire Mosher is a junior setter at Marquette University.

Two former local volleyball standouts have been chomping at the bit to get back to the court and do what they do best. But like everyone else, they are playing the waiting game.

Marshall’s Bailey Neuberger and Waterloo’s Claire Mosher used to dominate during their playing days in the Capitol South Conference, but now they are among some elite players who have taken their game to the next level in the collegiate ranks.

“I wish someone would make a decision,” said Mosher, a 2018 Waterloo grad who plays at Marquette University. “I think the waiting game is worse than just knowing; if we can’t play this fall, I’d rather just know rather than the NCAA and Big East telling us week-to-week that they will be making a decision the following week.”

“It’s obviously crazy, especially being a fall sport it’s kind of like the unknown right now as to what’s going to happen,” said Neuberger, a 2019 Marshall graduate.

Neuberger will begin her second season at Southern Illinois University, but it will be her first full season. After appearing in just three games last season for the Salukis, the 5-foot-11 outside hitter suffered a stress fracture in her leg that sidelined her for the remainder of the season.

“We had a lot of injuries (as a team) last year,” said Neuberger, a sports administration major. “Both of our starting outside’s were out and I was the back-up, then I got hurt. It was a crazy year.”

Neuberger received a medical redshirt. Therefore, she will be regarded as a freshman again this fall.

A three-time Capitol South first-team selection (she was a second-team pick her sophomore season), Neuberger made her collegiate debut against SIU-Edwardsville last Sept. 6. She made her first collegiate start the next night against Southeastern Louisiana and tallied seven kills, four aces and seven digs, before the injury prematurely ended her season.

“I was landing on one foot instead of two feet and then it just fractured,” explained Neuberger, referring to the injury that occurred in her fibula. “That was a bummer because I did get to play a little bit.”

The Missouri Valley Conference, in which SIU plays, made the announcement that it will delay the start of fall sports until Sept. 18, with the league adopting conference-only competition in men’s soccer, women’s soccer and women’s volleyball. MVC championship models for fall sports are not impacted by the decision, per the conference.

Neuberger returned to the SIU campus in Carbondale, Illinois on July 5 and has been training with her teammates.

“We had to quarantine for a week and everyone had to get tested for corona(virus), which was not a pleasant experience,” said Neuberger, who noted that she and the rest of her teammates all tested negative.

Neuberger was scheduled to begin practicing for the upcoming season on Monday of this week, however, that has been pushed back to Aug. 17.

“That’s kind of a bummer,” she added.

Neuberger and her teammates have had a grueling training regimen, that includes working out at 6 a.m.

“I’m just waiting for the season to start,” she said. “I hope this training will be worth it.”

Mosher is entering her junior season at Marquette. After playing in just 24 sets her freshman year, the 5-10 setter played 36 sets in 15 matches as a sophomore. She recorded 172 assists, including a career-high 25 assists against Seton Hall, while adding three service aces and 56 digs.

If the season does happen, Mosher, who is majoring in nursing, is looking for an additional role with the team.

“I’m hopeful,” she said. “This year there’s only two setters and there’s a good chance that I will play. Just being an upperclassman I think I’ll take on a bigger leadership role with the team.”

The Golden Eagles went 28-6 and qualified for the NCAA Division 1 Women’s Volleyball Championships.

At Waterloo, Mosher was a three-time All-Capitol South selection and was named the conference Player of the Year in both 2016 and 2017. She set Pirate career records in assists, aces and blocks, and had over 1,000 digs and kills each.

The Pirates won back-to-back WIAA Division 4 state championships in Mosher’s freshman and sophomore seasons, while she led the team back to state as a senior.

Living just an hour away from the MU campus, Mosher has been going back and forth from Waterloo to Milwaukee.

“There are a couple of people on campus but not our whole team; I think there’s only like four or five,” Mosher said. “We have a grass net set up and a couple of our club players come and practice, but we haven’t had practices yet.”

This will also be the first season that Mosher will not be joined by her older sister Madeline on the team. Madeline finished her four years at Marquette last season.

“It’s a little strange, but it’s no different than in high school when she left,” said Claire, who is two years younger than Madeline. “You just have to get used to it. She actually has two more years of schooling at Marquette, so she’s always here if I need her outside of volleyball.”

The Big East Conference announced scheduling changes for the 2020 fall season with league play for men’s soccer, women’s soccer, volleyball and field hockey based on geographic divisions. In an effort to reduce or eliminate air travel for conference members this fall, soccer and volleyball will be separated into East and Midwest Divisions. Marquette will play in the Midwest Division along with Butler, Creighton, DePaul and Xavier.

“It’s a big decision to make and I’m hopeful that there will be a season,” concluded Mosher.

“I think the waiting game is worse than just knowing; if we can’t play this fall, I’d rather just know."