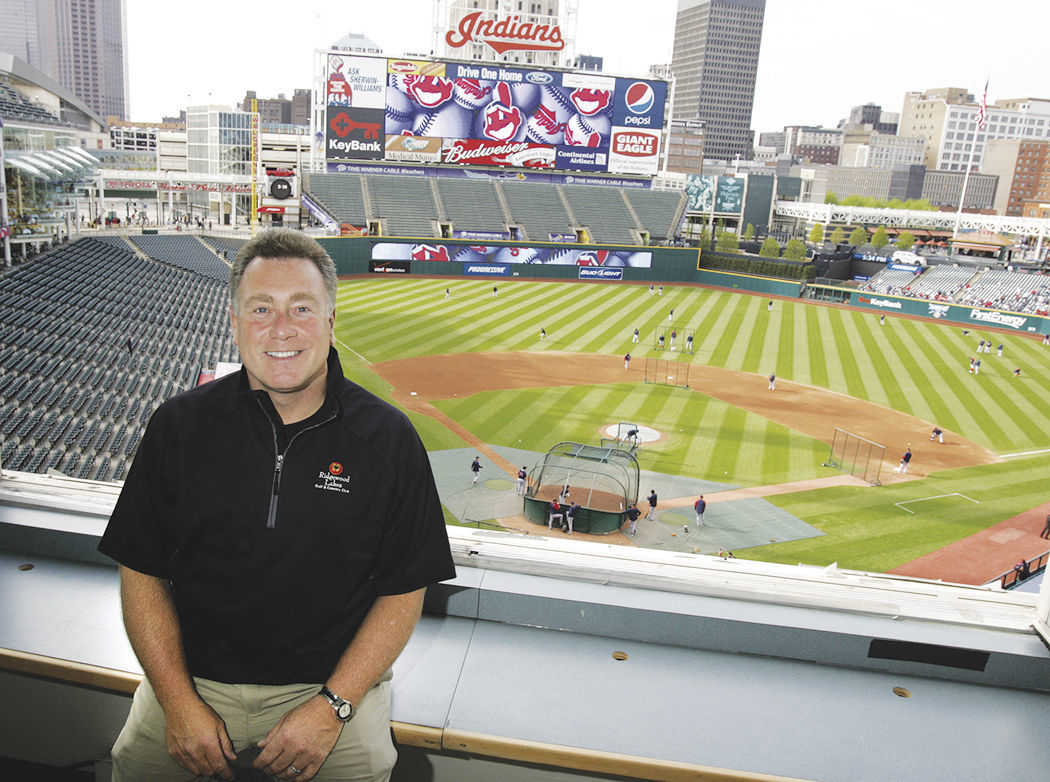 Waterloo native Tom Hamilton has donned the pressbox for 30 years as play-by-play announcer of the Cleveland Indians. 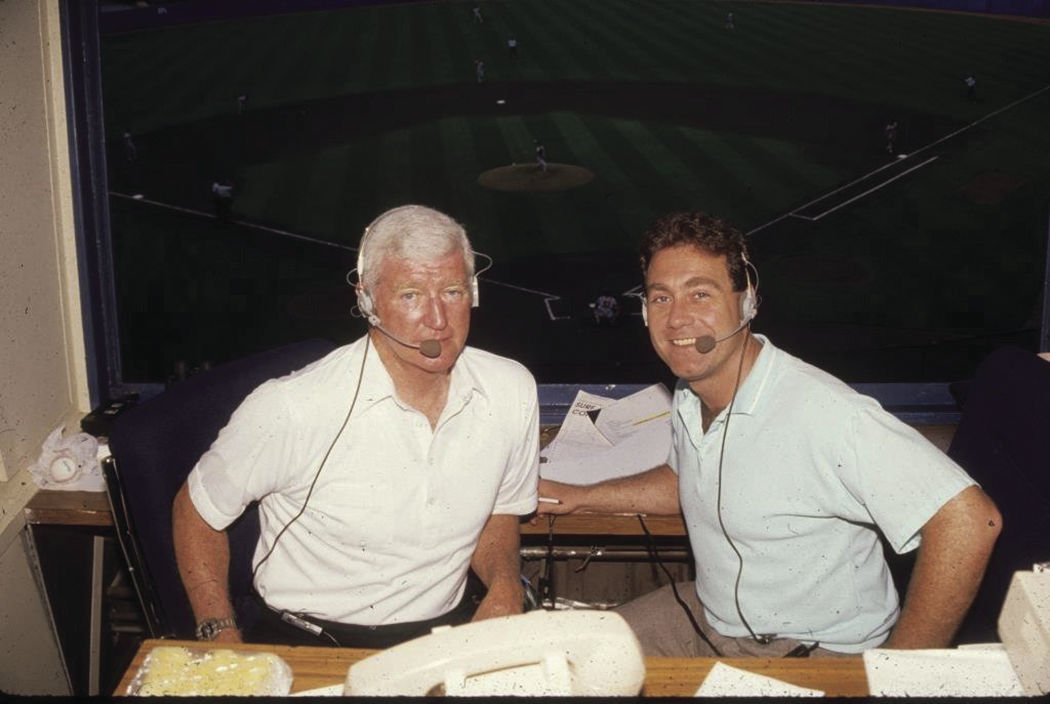 Waterloo native Tom Hamilton has donned the pressbox for 30 years as play-by-play announcer of the Cleveland Indians.

Tom Hamilton still can’t believe how lucky he’s been to do the job he has loved for all these years.

The 1972 Waterloo High School graduate has been announcing Cleveland Indians games for the last 30 years on the Indians Radio Network, the last 22 as the chief radio play-by-play announcer for the American League Central Division team.

Hamilton grew up with an athletic background, playing both football and baseball for the Pirates, and like many wanted to become a professional baseball player. He soon learned that dream would never materialize, so he chose a different path.

“The next-best thing for me seemed like being a broadcaster,” he said.

Hamilton recalled his days growing up on a dairy farm just outside of Waterloo and listening to Milwaukee Braves games on the radio.

“When you’re out there all by yourself, there wasn’t much else to do and I guess I got hooked,” Hamilton said.

After spending three years in the booth for the then Columbus Clippers, the AAA affiliate of the New York Yankees, Hamilton joined the Indians Radio Network for the 1990 season. It was there he would be paired with legendary Indians pitcher and announcer, Herb Score.

“He was very tremendous to work with,” Hamilton said of Score. “You have to (first) be very fortunate to get a major league job, and I certainly know how blessed I have been to get this job. I couldn’t have asked for a better partner, he was an iconic figure here in Cleveland and yet he never acted like he was.

“For me getting a job with Herb was like winning the lottery; outside of my own dad, I never got better advice from anyone than what I got from Herb. I was very lucky to work with him.”

Because of his longevity and popularity, the Waterloo native is now considered the “Voice of the Tribe.”

Hamilton not only worked with Score but also Mike Hegan, Dave Nelson, Matt Underwood and his current partner, Jim Rosenhaus.

When he was in high school Hamilton recalled listening to Milwaukee Brewers games that involved Hegan, a 12-year MLB veteran who played first and third base for the New York Yankees, Oakland A’s and Milwaukee.

“In my mind Mike should be in the broadcast Hall of Fame,” said Hamilton of the late Hegan. “I don’t think that there’s ever been a former major league player that was ever better transitioning into the broadcast booth than Mike Hegan.”

A 2011 inductee of the Greater Cleveland Sports Hall of Fame, Hegan died of heart failure in 2013.

“I’ve really been lucky to have those kind of partners,” he added.

“As fun as it is to meet major league players, for me even it was more exciting and in some ways more daunting to meet those legends of the game that you would listen to. Those were guys that I really looked up to more so than the players, those are the guys you aspire to be. The best part of meeting those guys is that every one of those guys was an even better person than they were a broadcaster; the way they treated me and welcomed me, I felt like I didn’t deserve that. I certainly wasn’t, nor will I ever, be at their level,” said Hamilton.

All the aformentioned announcers are in the Baseball Hall of Fame after receiving the coveted Ford C. Fricke Award. Hamilton was a finalist for the 2020 award, along with Joe Casstiglione, Jacques Doucet, Ken “Hawk” Harrelson, Pat Hughes, Ned Martin, Mike Shannon and Dewayne Staats.

Hamilton didn’t win as Harrelson, the long-time announcer of the Chicago White Sox, will become the 44th recipient of the award to be inducted into the Baseball Hall of Fame in July.

“It’s surreal,” Hamilton said of learning he was a finalist for the most prestigious award in his business. “For a kid that grew up on a farm in Waterloo, Wisconsin, that’s the last thing you ever envision; you don’t get into this industry for that. When I got the phone call to be hired by the Indians I won the lottery that day when you talk about your professional experience. It’s a great honor, but I’m so glad that “Hawk” Harrelson won it.”

In his 30 years Hamilton has earned several awards. He is a seven-time NSSA Ohio Sportscaster of the Year, was inducted into the Cleveland Association of Broadcasters Hall of Fame in 2009, and in 2015 earned the Greater Cleveland Sports Awards Lifetime Achievement Award.

The Indians have not won a World Series since 1948, but came within an eyelash twice losing Game 7’s to the Florida Marlins in 1997 and Chicago Cubs in 2016.

“There’s nothing in sports like Game 7 of a World Series,” Hamilton said. “Unfortunately, we came out on the wrong end both times, but to me that’s irrelevant; as much as you’d like to win that final game, I have been very fortunate to have been in that spot.”

Hamilton does give the 2016 game a bit of an edge when it comes to calling his greatest games, though.

“As fun as the ’95 and ’97 World Series were, the 2016 series was so good for the game of baseball,” said Hamilton. “You had two of the original franchises in the history of the game who had gone a long time — Cleveland 68 years and Chicago 108 years — matched up. I think it’s one of the greatest World Series of all time, and that Game 7 had more drama in it than almost any World Series that comes to recent memory.”

Hamilton has called and witnessed other milestone moments, such as Eddie Murray’s 3,000th career hit in 1995, and he was in Milwaukee that September 9th night in 1992 when Robin Yount singled off Indians closer Jose Mesa to become the franchise’s first 3,000-hit member at old Milwaukee County Stadium.

“Those are milestones that you very seldom get to witness in person,” Hamilton said. “It’s been a privilege and an honor to see some of the game’s greatest players, whether they were with the Indians or other teams — Yount and (Paul) Molitor of the Brewers, George Brett of the Kansas City Royals, Kirby Puckett of the Minnesota Twins — you can go on and on.

“You pinch yourself when you’re sitting there watching it, plus you didn’t have to pay for a ticket. What can be better than that?”

With the ever-changing game of baseball today, Hamilton isn’t sure there are many more players that will achieve 3,000 career hits.

“You wonder how many guys in today’s game will even play that long to reach those types of milestones,” he added.

Baseball isn’t the only sport Hamilton has lent his voice to as he has called college basketball games, usually Ohio State games, for the Big Ten Network.

“I really love every sport,” Hamilton said. “As much fun as the game’s are, I really love the shoot-arounds beforehand and talking to the players and coaches.”

After graduating from Brown College in Minneapolis with a degree in communications, Hamilton began his broadcasting career calling high school games first in Shell Lake, before returning to the area on WTTN radio in Watertown.

“It was a slow progression, but like many I just had to work my way up,” Hamilton said. “You just have to do those types of games to add to your resume; in my mind it enabled me to have a chance to at least apply for a major league job.”

Growing up in Waterloo, Hamilton recalled the 1964 Pirates’ appearance in the WIAA State Boys Basketball Tournament and their then young head coach, Don Gruber.

“Any of us that grew up in Waterloo at that time will take it to our grave the great memories of the 1964 Waterloo High School basketball team that was coached by Don Gruber and featured Gene Riege,” Hamilton remembers.

Hamilton is the older brother of Sun Prairie baseball head coach Rob Hamilton, one the most successful coaches in Wisconsin history who has led the Cardinals to six of their all-division record eight state championships.

“There’s never been a better high school baseball coach in the history of Wisconsin baseball,” said Tom of Rob. “His record speaks for itself, but he’ll be the last person to ever admit that.”

Like everyone else in the world the coronavirus pandemic has put a halt to daily life, and Major League Baseball is not an exception. And that means Hamilton is playing the waiting game as to when the MLB season will officially begin.

“I do whatever my wife tells me, that’s why I need to get back to work; she works me a lot harder than having to do Major League Baseball,” Hamilton said. “It shouldn’t take something like this, but I hope it makes people pause to cherish the things that are really important.”

Hamilton turns 66 in August but has no plans on retiring any time soon.

“As long as I can’t wait to get to the ballpark, and that’s the way I feel everyday,” said Hamilton. “There aren’t many people that wake up everyday and can’t wait to go to their job, it’s such an enjoyable thing that I’m allowed to do. If I ever sit in that booth and am not excited to be there, then you know it’s time to hand it over to somebody else.”

For now, he’ll continue to do what he loves.