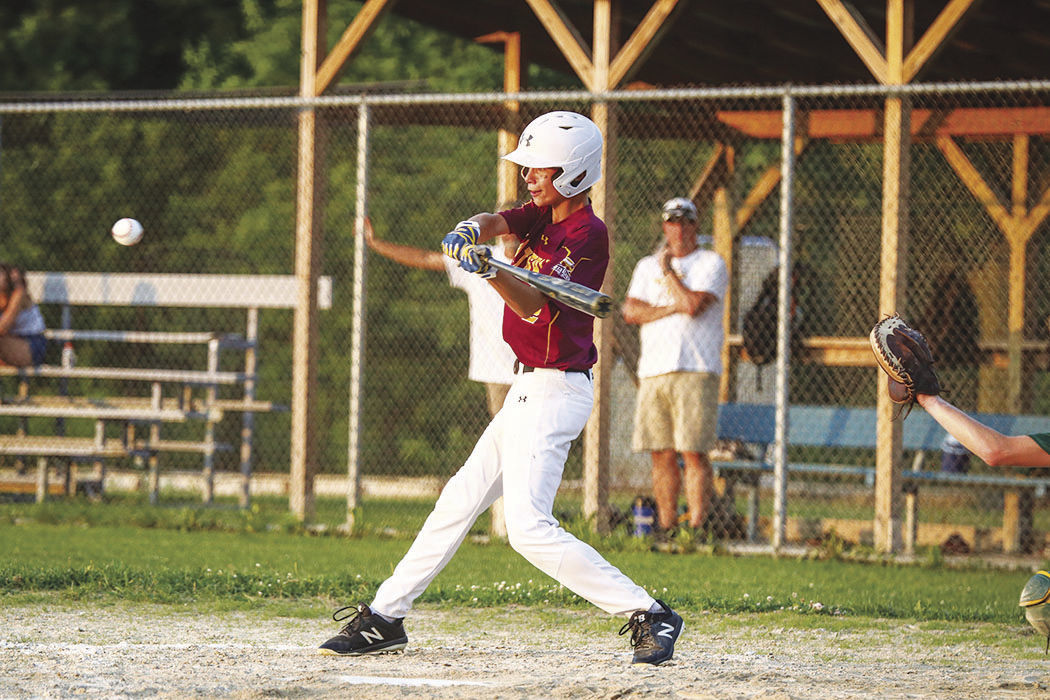 ABOVE: Cameron Tschanz had one of Waterloo’s five hits in the final inning of a 7-6 Badgerland Teeners League loss to Beaver Dam on July 8. AT RIGHT: Catcher Benny Marshall shows perfect technique in blocking this ball. 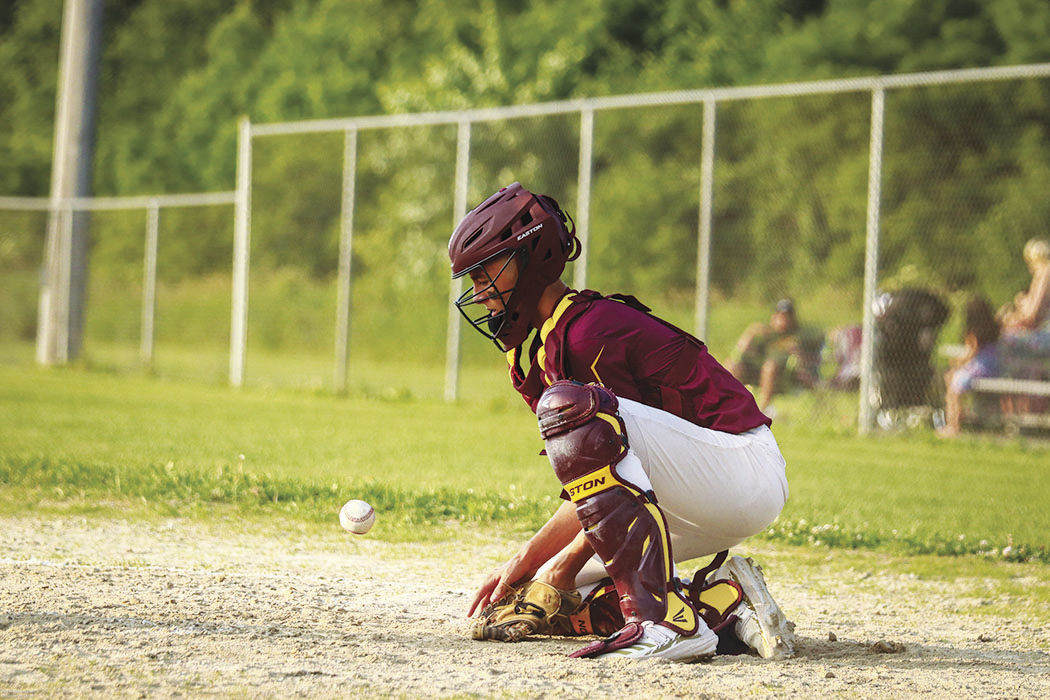 ABOVE: Cameron Tschanz had one of Waterloo’s five hits in the final inning of a 7-6 Badgerland Teeners League loss to Beaver Dam on July 8. AT RIGHT: Catcher Benny Marshall shows perfect technique in blocking this ball.

REESEVILLE — Another late come-from-behind performance was denied in the end for the Waterloo 14U Teener baseball team.

After falling behind Beaver Dam 7-2 on July 8, the Pirates mounted a rally in their final at bat scoring four runs only to come up just short at Reeseville Firemen’s Park.

Benny Marshall got the rally started by reaching on an error. Singles by Owen Haseleu, Keegan Lauersdorf and Cameron Tschanz followed before Kyle Hostetler delivered a two-run double, bringing the score to 7-6 with just one out.

However, Beaver Dam was able to retire two of the next three batters to end the game.

Waterloo out-hit Columbus, 8-6. Leading the way at the plate was Lauersdorf with two hits in three at-bats.

It was the second one-run loss of the week for the Pirates, who dropped to 5-4 overall and 4-3 in the Badgerland Teeners League. Beaver Dam improved its league-leading record to 4-0.

The Pirates’ game with Columbus on July 9 was rained out.