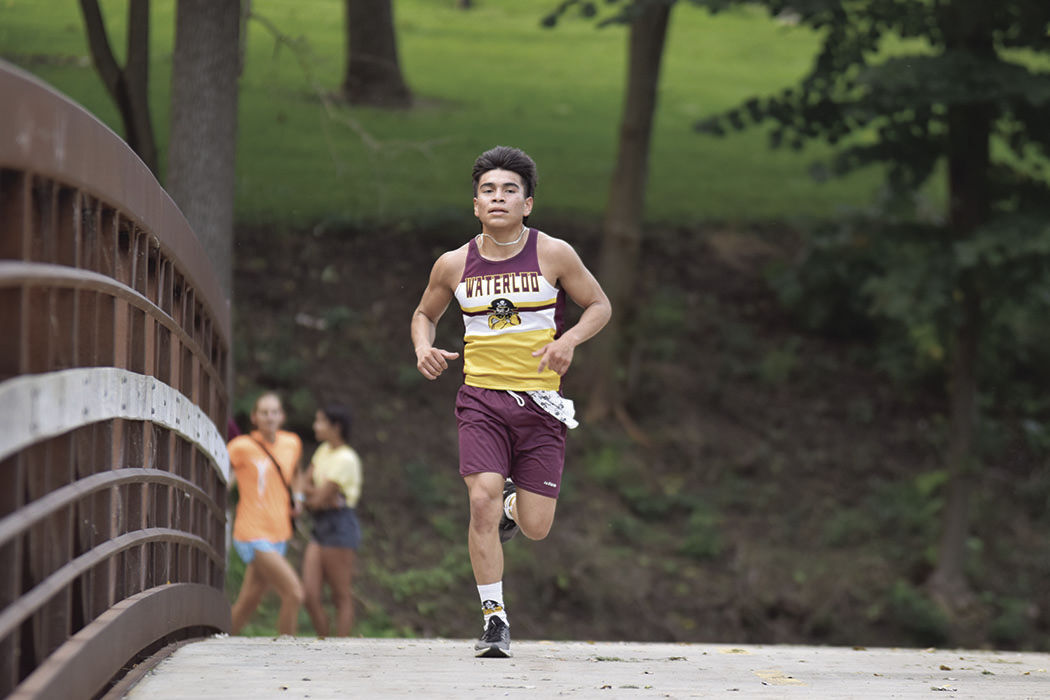 ABOVE: Jonathan Aguero crosses the bridge over the Maunesha River during Waterloo’s cross country dual with Lodi on Sept. 15. Aguero finished in third place with a time of 19 minutes, 55 seconds. BELOW: Waterloo’s Reina Degler approaches the finish line. Degler finished seventh in the time of 27:04. 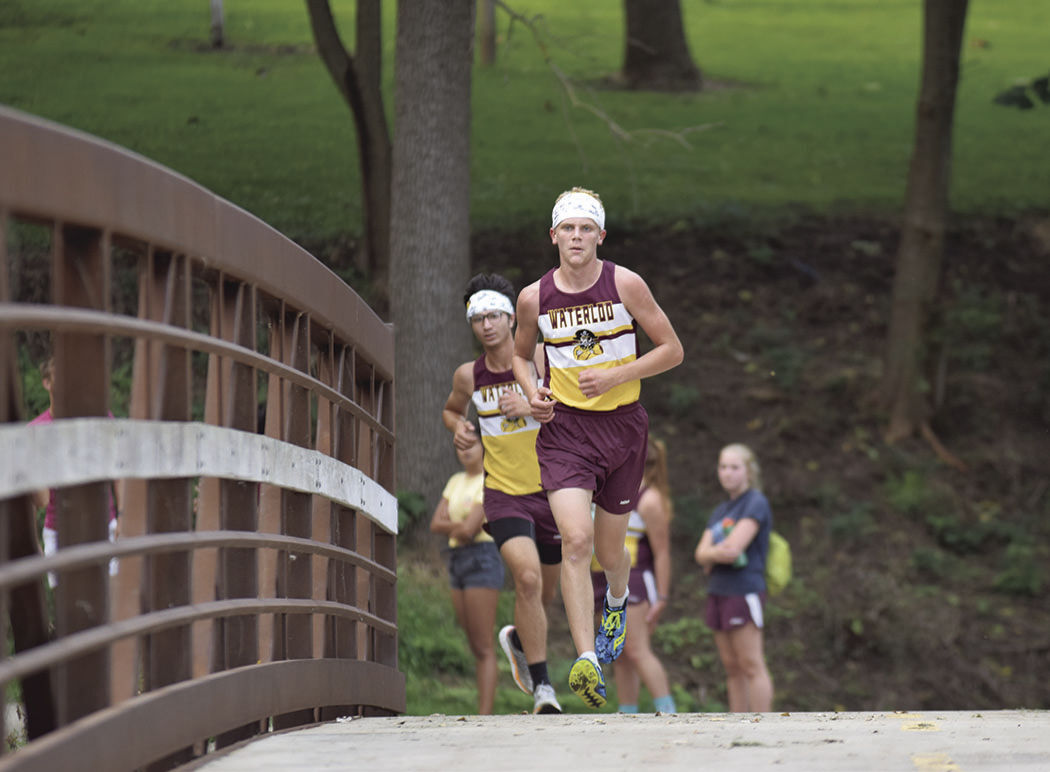 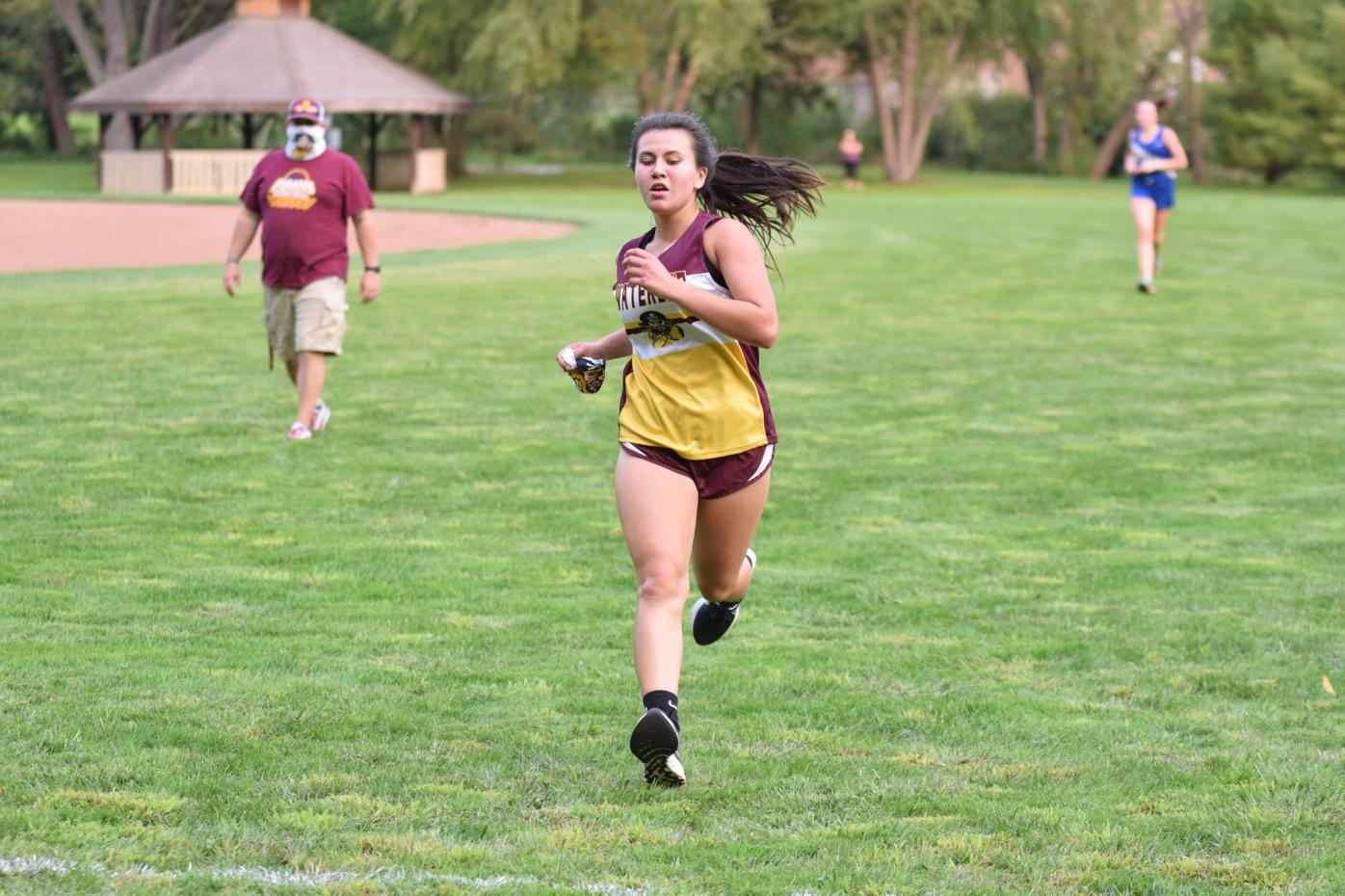 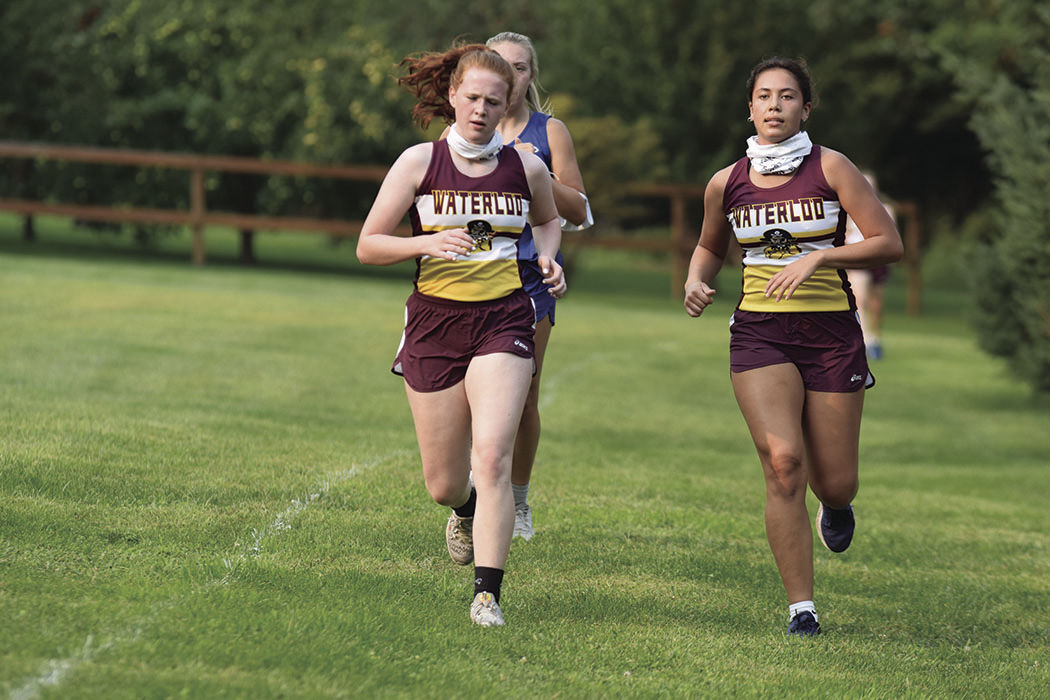 ABOVE: Jonathan Aguero crosses the bridge over the Maunesha River during Waterloo’s cross country dual with Lodi on Sept. 15. Aguero finished in third place with a time of 19 minutes, 55 seconds. BELOW: Waterloo’s Reina Degler approaches the finish line. Degler finished seventh in the time of 27:04.

The last time Waterloo hosted a cross country meet at Waterloo Firemen’s Park all of the current runners on the team were in grade school.

The Pirates entertained Lodi in a dual on Sept. 15, marking the first meet held at the local landmark since hosting the Capitol South Conference Meet on Oct. 19, 2013.

Lodi ran away from Waterloo, earning a perfect score in the girls’ race — winning 15-49 — while the Blue Devils boys just missed perfection — winning 18-42.

“That middle 2-mile mark we like to refer to as ‘The Wall,’” Haberkorn said. “You have to zig-zag so many times, it really adds to it and takes your breath away.”

Meanwhile, the entire Pirate girls’ team has been hit with an assortment of injuries, including the team’s top runner, freshman Reina Degler who earned the team’s top finish with a seventh-place time of 27:04.

“She had some ankle issues at the beginning of the year. All things considered, she’s actually done a pretty good job; being a freshman, we’re just trying to figure out her pace,” said Haberkorn. “She’s got a lot of upside to her.”

Pirate senior Jonathan Aguero kept the Lodi boys from having a perfect score, earning a third-place time of 19:55.

“Jonathan’s had a really good year so far,” said Haberkorn. “He’s only finished out of the top 10 once.

Ironically, Waterloo’s next meet will also be held at Firemen’s Park, but not until Thursday, Oct. 1.

“For the most part, things went pretty well."