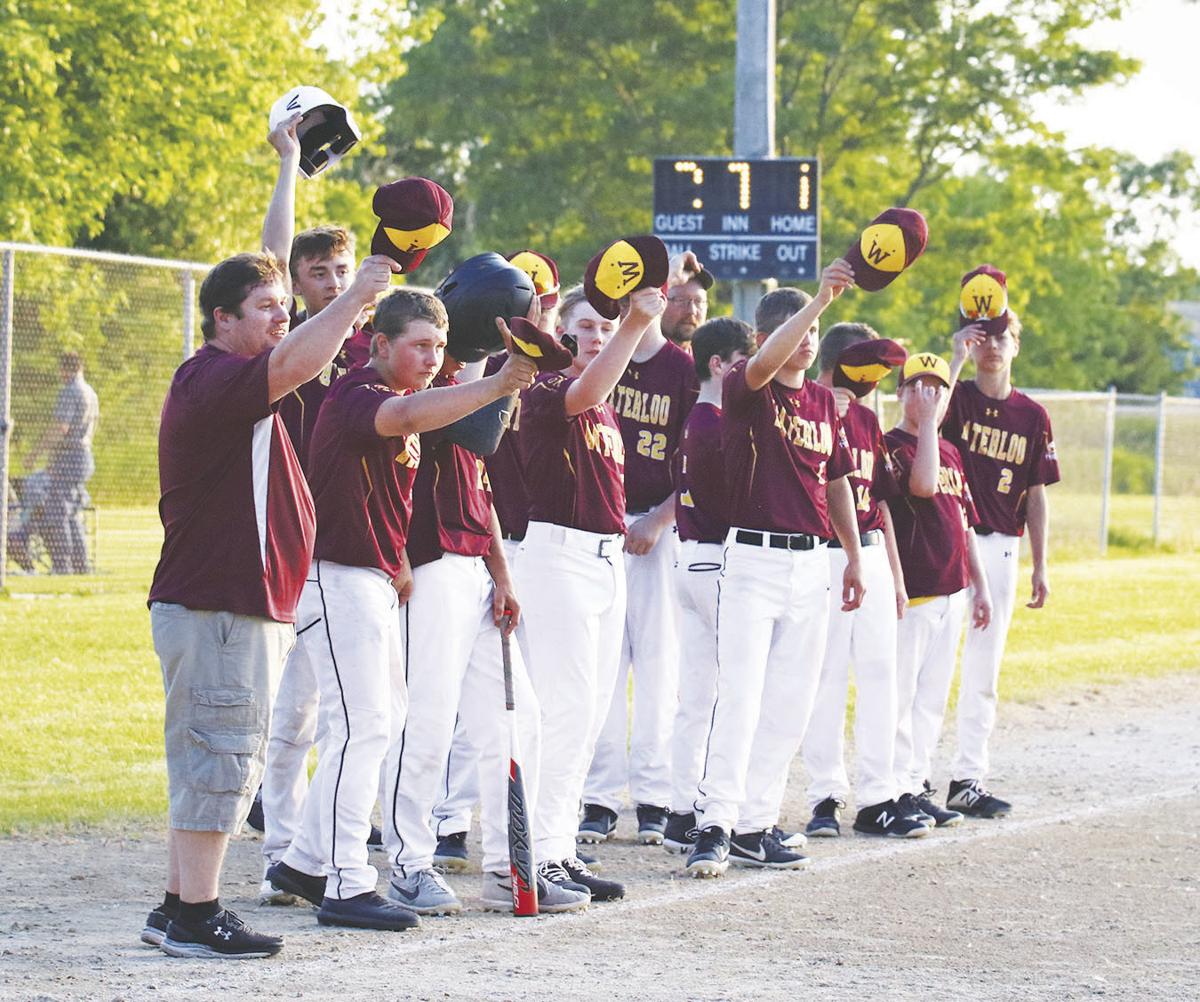 ABOVE: The Waterloo 14U Teener baseball team’s 2020 season finally got under way. After having its first six games either postponed or canceled outright, the Pirates played three games over the past two weeks, going 2-1. Pictured above, the team shows its new social-distancing handshake. AT LEFT: Jonathan Sampo lets this fastball loose during a June 18 game with Farmington. 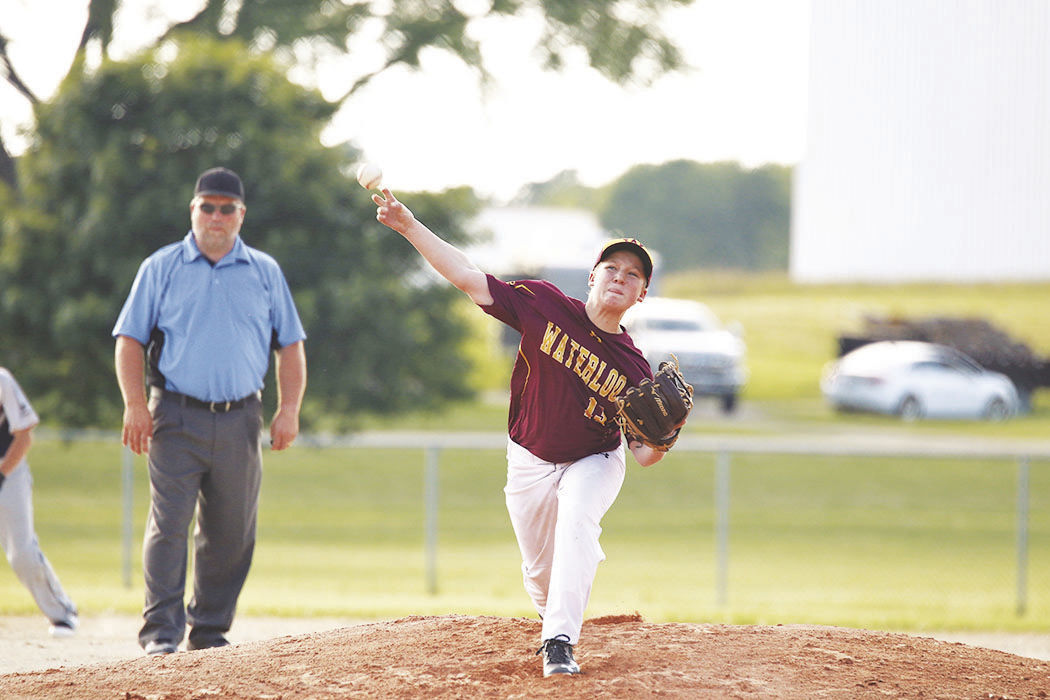 ABOVE: The Waterloo 14U Teener baseball team’s 2020 season finally got under way. After having its first six games either postponed or canceled outright, the Pirates played three games over the past two weeks, going 2-1. Pictured above, the team shows its new social-distancing handshake. AT LEFT: Jonathan Sampo lets this fastball loose during a June 18 game with Farmington.

The Waterloo 14U Teener baseball team’s season is under way and the team is off to a great start going 2-1 in its first three games of the summer.

The Pirates again will be participating in the Badgerland Teeners League in the Red Division.

The Pirates were held to five hits and just one run in a non-league loss to Farmington on June 18.

Waterloo took the initial lead in the bottom of the first inning. Trevor Firari hit a leadoff single before advancing to third on a pair of groundouts. Firari then caught Farmington by surprise, stealing home for a 1-0 Pirates lead.

Unfortunately, that would be all the scoring Waterloo could muster.

Firari led the Pirates at the plate going 2-for-3 while scoring the lone run.

Three pitchers took to the hill with Bryce Aubart going the first two innings, Jonathan Sampo the next two, and Keegan Lauersdorf finishing up. Aubart struck out three, Sampo struck out two and Lauersdorf struck out four.

Waterloo scored in every inning and defeated Fort Atkinson on the road by the run rule on June 16.

The Pirates took a 1-0 lead in the top of the first inning as Firari singled, stole both second and third and scored on Sampo’s RBI groundout

After scoring twice in the second, third and fourth innings the Waterloo advantage grew to 7-2. But what was to come would be their biggest inning of the season to date — a five-run outburst.

Lauersdorf held Fort scoreless in the bottom of the fifth ending the game by the 10-run rule.

Cal Hush earned the pitching victory after striking out six batters while allowing just one hit through three innings. Lauersdorf also only gave up one hit, striking out four in two frames.

Hush led Waterloo at the plate going 2-for-2 with two RBIs, Haseleu also drove in a pair with the homer, and Firari went 2-for-3 and scored twice.

Waterloo broke a 6-6 tie with a four-run fourth inning to pull away from host Farmington in its 2020 season opener on June 11.

A two-run single off the bat of Jens Novak and an RBI single by Kyle Hostetler highlighted the four-run outburst. Sampo walked and scored on a Farmington error to break the tie earlier in the inning.

The Pirates ran wild on the base paths with nine stolen bases, including three by Lauersdorf.

Aubart and Hostetler each went 2-for-2 at the dish to lead Waterloo, while Aubart was the pitcher on record when the four-run inning occurred giving him the win. He struck out two.