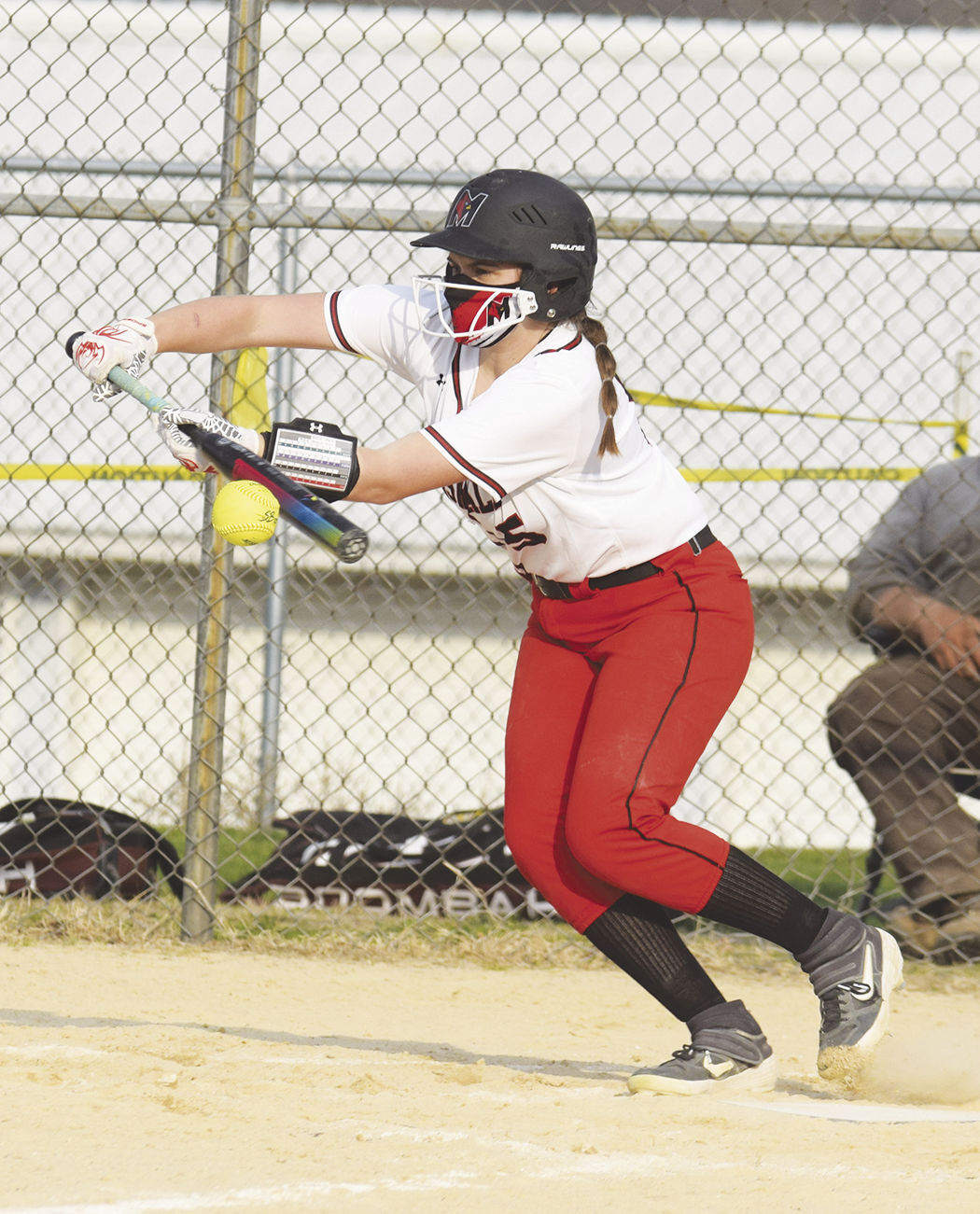 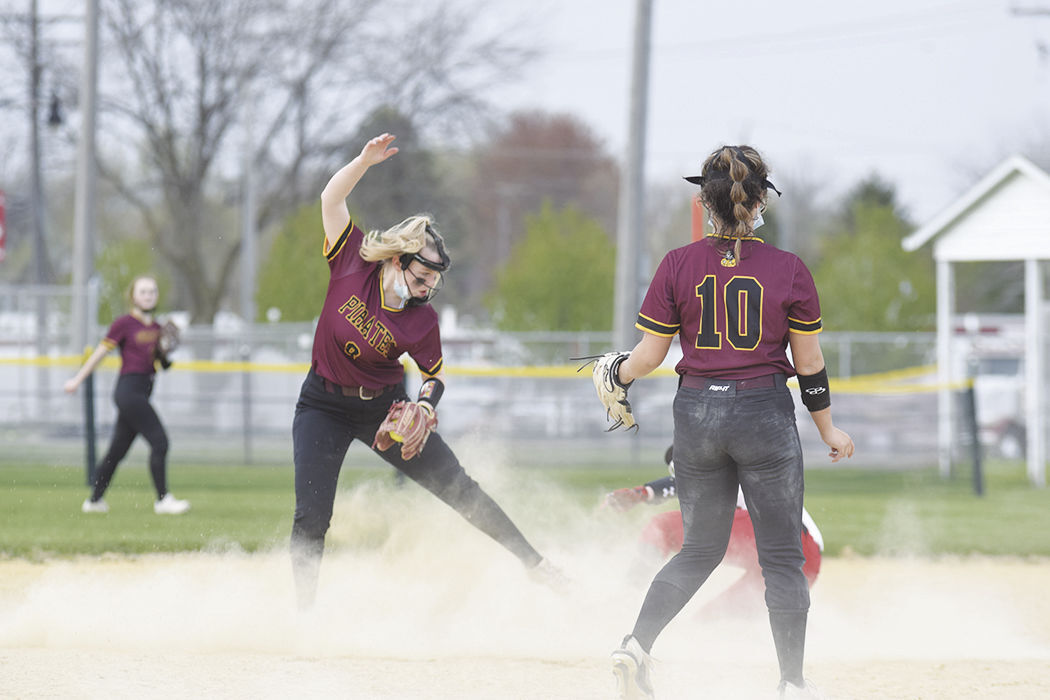 Waterloo second baseman Michaela Riege (8) stretches in an attempt to force out Marshall’s Allie Rateike while teammate and shortstop Ava Jaehnke (10) looks on in the April 27 season opener.

Waterloo second baseman Michaela Riege (8) stretches in an attempt to force out Marshall’s Allie Rateike while teammate and shortstop Ava Jaehnke (10) looks on in the April 27 season opener.

Those words couldn’t have been more prevalent as Marshall and Waterloo played their first game of the 2021 season, and first for both programs since May of 2019.

The first post-pandemic game was a nail-biter between the two Capitol South Conference rivals, with the host Cardinals scoring two late-inning runs to earn the 4-3 come-from-behind win.

The Cardinals and Pirates had to wait even longer to begin their season as one of the game’s umpires was late. The first pitch was thrown at 5:38 p.m., 38 minutes after the scheduled start.

But once play began both teams didn’t look like they hadn’t played in over 700 days, both scoring in the first inning.

Waterloo struck first as Ava Jaehnke led the season off with a solid single off Marshall starting pitcher Allie Rateike. A wild pitch and stolen base moved Jaehnke to third, before Abigail Gier brought her teammate in with a sacrifice fly for the first run of the night.

The Pirates’ 1-0 lead quickly was overcome as the Cardinals plated a pair of runs in the bottom half of the inning. Kaitlin Jesberger reached on a bunt single before Halle Weisensel ripped a single through the left side scoring Jesberger. Weisensel later came in on freshman Emily Brodbeck’s RBI fielder’s choice, staking Marshall to a 2-1 advantage.

Waterloo put up solo runs in the second and third to re-take the lead. In the top of the second Grace Marty singled and scored on Gier’s second RBI of the night, while in the third Katrina Freund led off the inning with a double and scored on Kamden Fitzgerald’s single giving the Pirates a 3-2 lead.

Rateike and Waterloo starter Marty settled down and pitched scoreless softball until the fifth when Marshall struck again. Jenna Swanlund and Jesberger hit consecutive singles to lead off the inning before Rateike and Brodbeck brought both home with back-to-back RBI base hits as the Cardinals now led, 4-3.

“Tuesday’s game against Marshall was a heartbreaker,” said Waterloo head coach Deb Braatz. “The game was tied at three with Marshall batting in the bottom of the fifth when Emily Brodbeck singled on a 1-2 count, scoring one run.”

Rateike retired six of the last eight batters to earn the win, striking out four while only walking two in the complete-game performance.

Swanlund, Jesberger and Weisensel, Marshall’s top three batters, all finished with two hits, while Brodbeck had two RBIs in her varsity debut.

Freund was the game’s leading hitter going 3-for-4, while Waterloo also got multi-hit nights from Ava Jaehnke (2x4) and Fitzgerald (2x3).

The two teams will face each other again at Marshall on Friday, May 14.