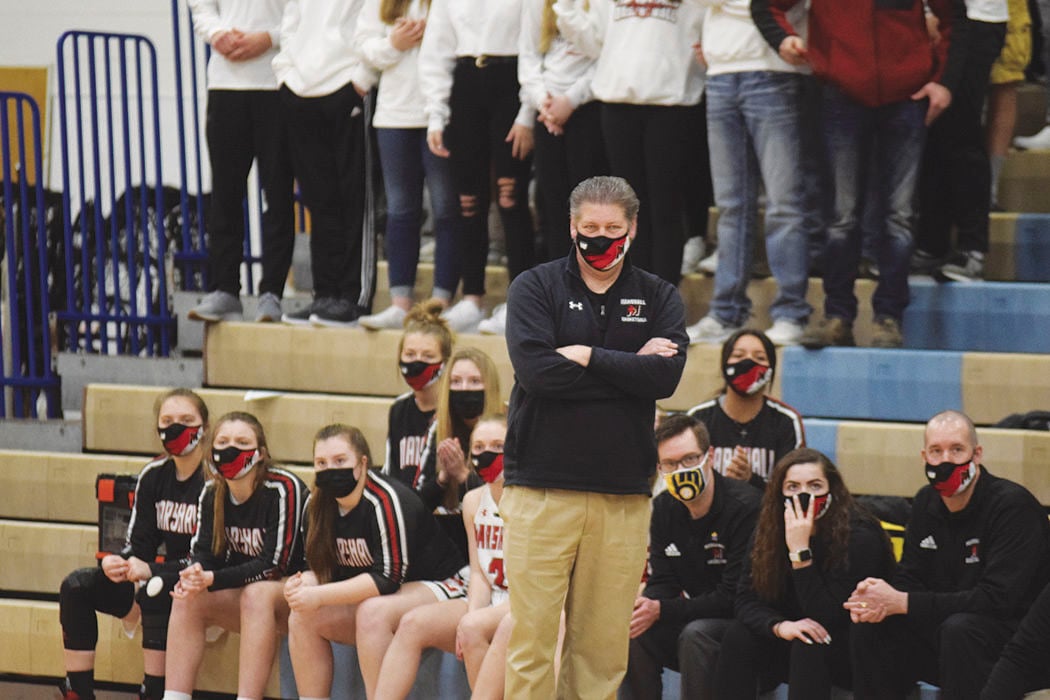 Doug Pickarts is 43-9 in his two seasons at Marshall. Pickarts has been elected to the Wisconsin Basketball Coaches Association Hall of Fame. 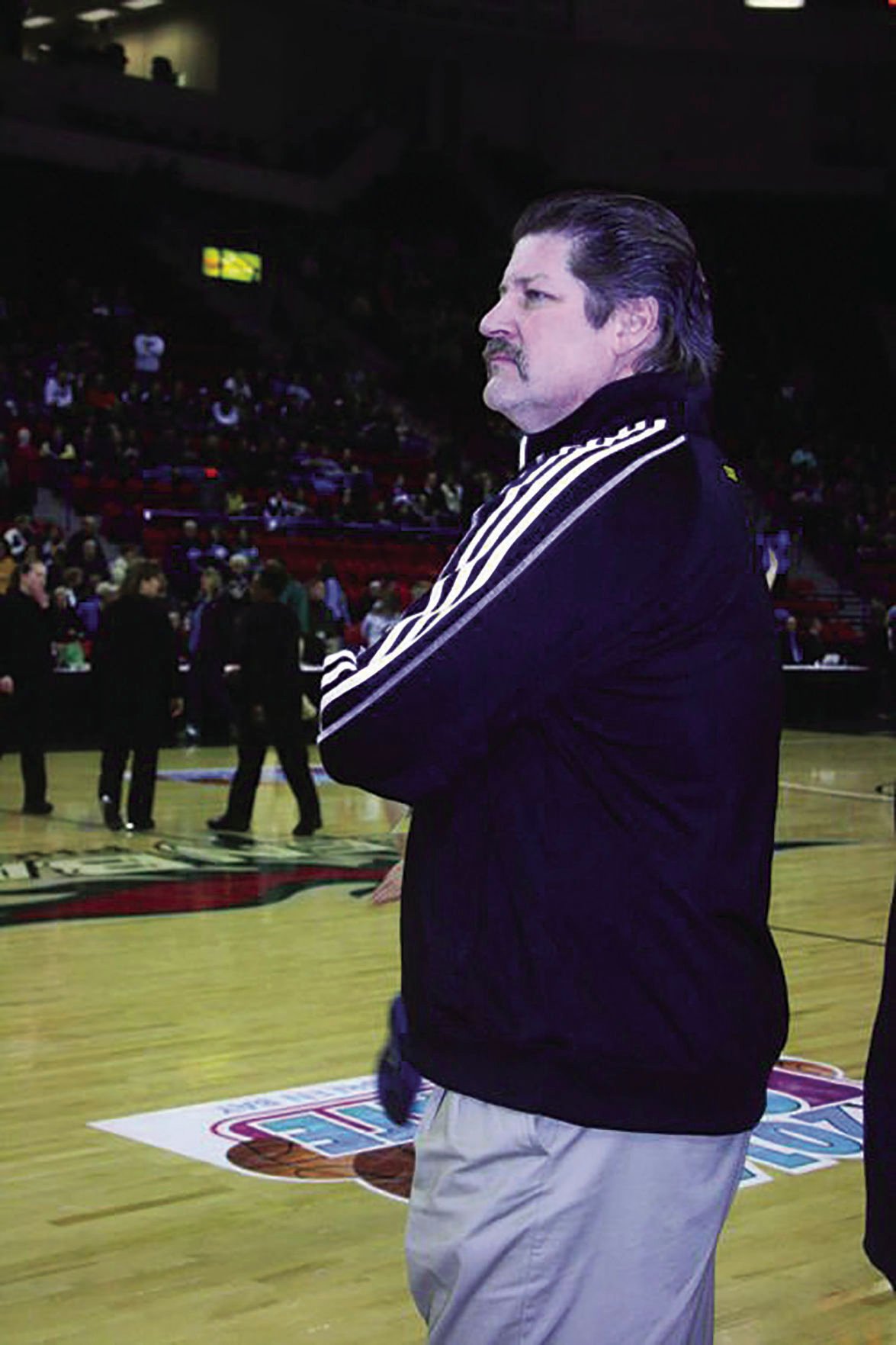 Doug Pickarts is 43-9 in his two seasons at Marshall. Pickarts has been elected to the Wisconsin Basketball Coaches Association Hall of Fame.

For Doug Pickarts it’s always been about the We and not the I.

With that approach, along with his timeless hours in the gymnasium, Pickarts has been named to the Wisconsin Basketball Coaches Association Hall of Fame Class of 2020.

“When I was a young coach I worked a lot of camps and I would sit by coaches, especially coaches that went to state and had success, and some of them were like, ‘I did this and I did that,’ and that turned me off,” said Pickarts. “The coaches that said, ‘We do this and We do that,’ I respected that. When you have a successful program it’s not just about Me, it’s about We.”

Pickarts has used that credo, and the philosophy of getting talented players to buy into his style, for his entire coaching career that has spanned nearly four decades. He has had stints at Madison La Follette, DeForest, Barneveld and his current position, the head girls basketball coach at Marshall.

“There are a few parts to it,” said Pickarts of the selection. “One, you have to have great kids that buy into it and then they have to have some talent; I’ve been blessed to coach a lot of very talented kids.”

After graduating from UW-Whitewater in the mid-1980s, Pickarts returned to his alma mater of Madison La Follette to coach under his mentor, fellow WBCA Hall of Famer Pete Olson (1995 inductee), assisting the junior varsity boys team.

He began teaching mathematics at DeForest and at the same time accepted the position of freshmen girls basketball coach.

“I took it thinking I would be in there maybe one year, then I would switch over to the boys,” he recalled. “The next year (1989) I moved up to JV and coached the same girls, then the head job opened up and the girls talked me into going for it.”

Two years later the varsity boys basketball job opened up, but Pickarts remained with the Lady Norskies for the next 26 seasons where he compiled a record of 394-211.

“My first year at DeForest we lost our first four games and then won our last 10, including beating the first four teams that beat us, just seeing those girls so excited and them knowing they could compete was special. Good things certainly followed. I think DeForest was a community that was hungry to be successful in basketball, and I was fortunate to come in with a group that not only was successful, but had the desire to be successful.”

DeForest won the Badger Conference in Pickarts’ second year as head coach, with the players he had as freshmen and sophomores.

“We started having kids come through our youth programs, and then things just took off,” Pickarts said.

The program then took off under his leadership. Ten Badger Conference championships were captured during his tenure and the program finally reached its zenith, a WIAA Division 1 state tournament appearance in 2002. While the Norskies lost to eventual champion Hudson in the quarterfinals, Pickarts guided DeForest to three more state appearances.

In 2005, DeForest defeated Oshkosh West 39-37 in the D1 quarterfinals, marking the first — and to date only — state tournament win in program history. The Norskies lost to eventual champion De Pere in the semifinals, and then returned one year later, losing again to the eventual state champ, Ashwaubenon, in the quarterfinals.

DeForest earned its best finish in 2014, grabbing the silver ball after reaching the Division 2 finals before losing 52-42 to Green Bay Notre Dame in the title game.

Onto BarneveldPickarts resigned from DeForest following the 2014-15 season. But it didn’t take him long to jump back into the coaching scene.

He accepted the head girls basketball job at Barneveld, replacing WBCA Hall of Famer Jim Myers who retired after the 2014-15 season. In his three years there, Pickarts guided the Eagles to a 58-21 mark, which included a WIAA Division 4 state runner-up finish in 2016.

“I had just stepped down from DeForest and a math job opened up in Barneveld and my wife told me I should go for it,” said Pickarts, who got the opportunity to coach his youngest daughter, Taryn.

But the hour-long drive to Barneveld got to be too much, and Pickarts looked for a job closer to the Madison area and Beaver Dam was his next stop, accepting a position as a high school mathematics teacher.

After taking a year off from being a head basketball coach — Pickarts assisted Tim Dworak in Columbus during the 2018-19 season — he got the coaching bug again and a prime opportunity presented itself.

“After coaching at Barneveld I thought about just hanging it up and calling it a career. Tim Dworak asked if I’d come help him (in Columbus), and that gave me the itch to be a head coach again and Marshall opened up. They had some talented kids there and I thought I could help make a difference.”

In his two seasons thus far the Cardinals won back-to-back Capitol South Conference championships with perfect 10-0 records, and won 43 out of 52 games. However, Marshall fell short of reaching the WIAA state tournament.

“We didn’t quite get what we wanted to get out of there, but it certainly wasn’t from the kids lack of effort; I’m disappointed we didn’t get back to the state tournament and win maybe another state title,” Pickarts said. “They had a heck of a run.”

VolleyballPickarts wore two hats at DeForest as he also coached the girls volleyball team for 27 seasons. In his final year at the school, in 2014, the Norskies qualified for the WIAA Division 1 state tournament for what remains as the only appearance in program history.

Today Pickarts still pulls double duty — at two different schools — as head volleyball coach at Beaver Dam as well as being the head girls basketball coach at Marshall. He has over 600 career coaching victories in that sport.

Coaching influencesPickarts admitted he would never have been a coach, or a successful coach, without the tutelage of Pete Olson and Brad Minter.

“There’s a lot of things that I took from Pete and Brad Minter. Back before there were traveling leagues, Brad was my eighth-grade all-star coach. Brad taught me what it took to be a good high school player and also taught me things that you have to do in order to be successful. I don’t think I’d be who I am without Pete and Brad; they were certainly big influences,” Pickarts said.

One year too lateBefore his coaching days Pickarts was a starter in the Madison La Follette boys basketball team. The story goes that Pickarts was the only starter the team lost following the 1980-81 season, and the following season the Lancers won the Class A state championship.

“They replaced me with a guy by the name of Tim Jordan, who if you remember went on to play linebacker for the Badgers and then in the NFL. He was a heck of an athlete, and then we had Ricky Olson who also played for the Badgers in basketball,” said Pickarts with a laugh. “I was fortunate enough to play with some great players.”

Assistant CoachesPickarts also was quick to recognize his assistant coaches, who he said helped him all along.

“They saw my vision and helped me out … you can’t do this by yourself,” Pickarts. “I’ve also had former players come back to help me coach, which is also pretty special.”

Among his assistants in his two seasons at Marshall have been Dan Nickel, Erin Young and Pickarts’ own daughter, Teegan.

The PlayersFor Pickarts it’s hard to single out players, but he has had some former standouts go on to the collegiate level, and even play at the Division I level.

“My wife and I made the nearly 9-hour trip out to Manhattan, Kansas many times to watch Kayla play, and I still stay in touch with some of my former players,” Pickarts said.

“I’ve been fortunate enough to coach a lot of very talented kids,” he added.

FamilyIt takes a village, and in all coaches’ lives it takes a family. Pickarts is no different. With the support of his wife, Tammy, and their children, Trey, Trent, Teegan and Taryn, he has enjoyed the life of not only a coach but a husband and father.

“When you do it, it’s all-in. There’s a lot of hours away from home and when we started a family, she had to take care of the kids. I know I couldn’t have done this without her,” he said of Tammy.

Pickarts also coached all four of his children in youth basketball.

“I would go from my practice to youth practice,” said Pickarts. “Wednesday nights were a blessing because it was church night, I was able to be home by 6:30-7 o’clock and then still watched film after the kids all went to bed.

“A proud moment was when I coached my son (Trent) and all his friends all through youth, and then his senior year (2012) DeForest went to state. It was nice that some of the parents thanked me for my help all those years,” Pickarts added.

Approaching 500With a career record of 495-241 (.672) Pickarts is on the doorstep of becoming only the 16th coach in Wisconsin girls basketball history to reach the 500-win milestone.

“It means you’ve been around a long, long time,” he said with a chuckle. “I’m hoping it happens next year, and if it does it will be all about the kids first: I try never to let my personal stuff overshadow what the kids are accomplishing,” said Pickarts.

He could do it early next season, his 32nd.

“I’ll keep coaching as long as I’m willing to put the time in and I’m enjoying it. I give the kids 100% of my effort, and I feel as long as I still connect with the kids, I’ll keep doing this,” said Pickarts. “It always needs to be about the kids first.”

HOF CeremonySince COVID-19 canceled the 2020 WBCA Hall of Fame Induction, this year’s ceremony will be held on Sunday, Aug. 1 at Glacier Canyon Lodge of the Wilderness Resort in Wisconsin Dells.

“I’ll keep coaching as long as I’m willing to put the time in and I’m enjoying it. I give the kids 100% of my effort, and I feel as long as I still connect with the kids, I’ll keep doing this. It always needs to be about the kids first.”