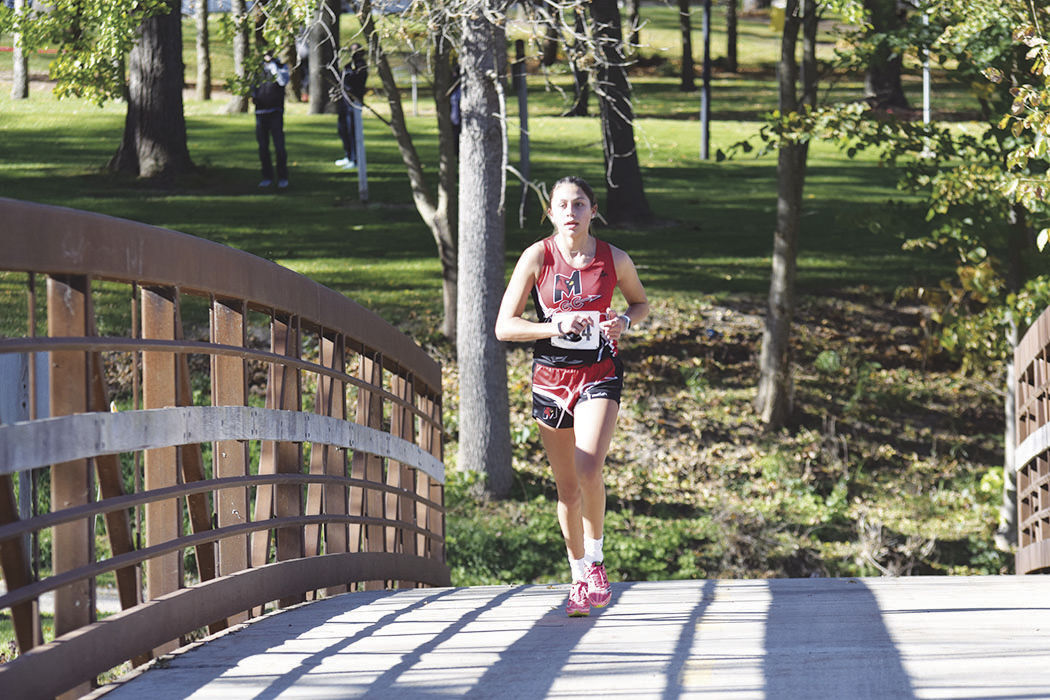 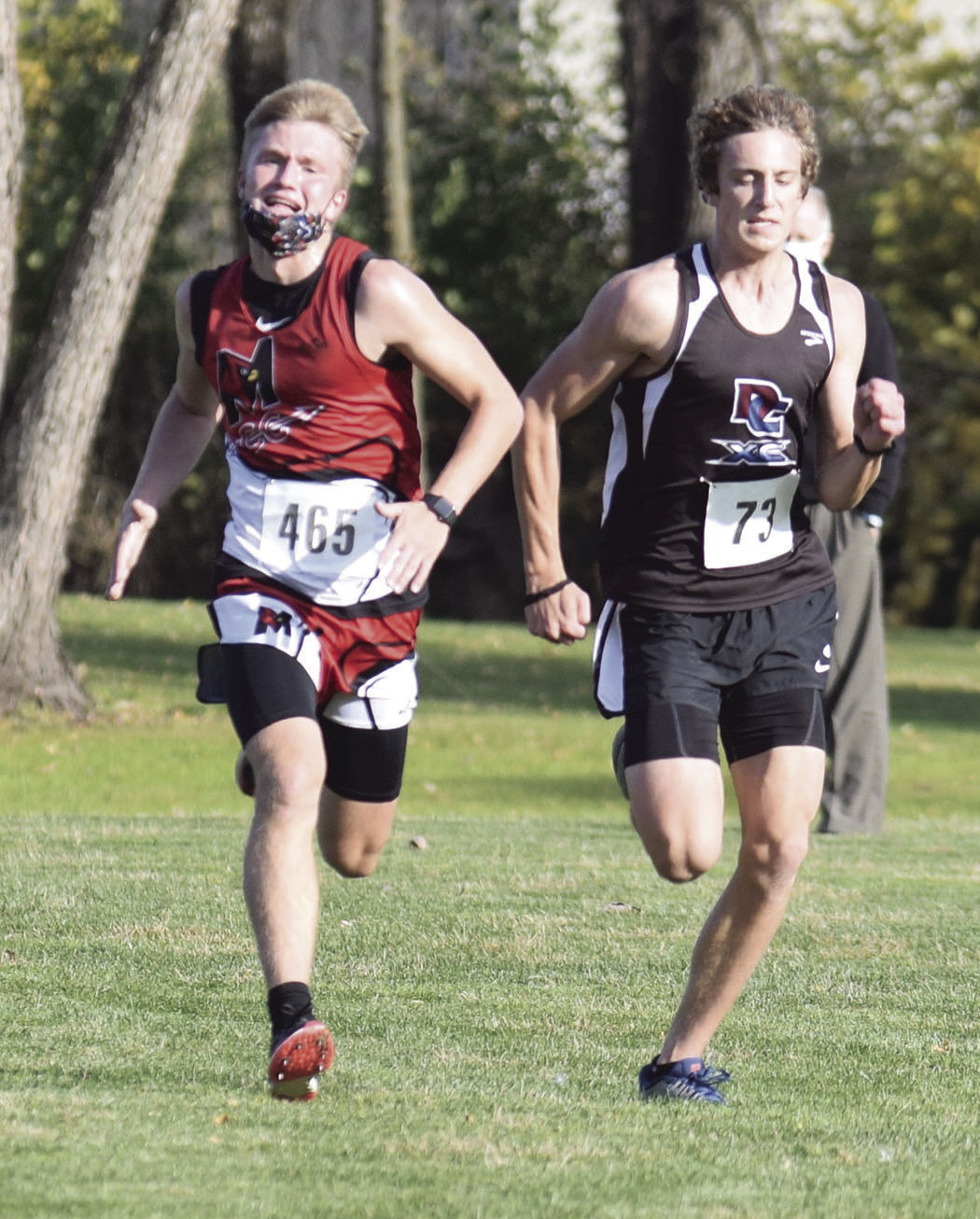 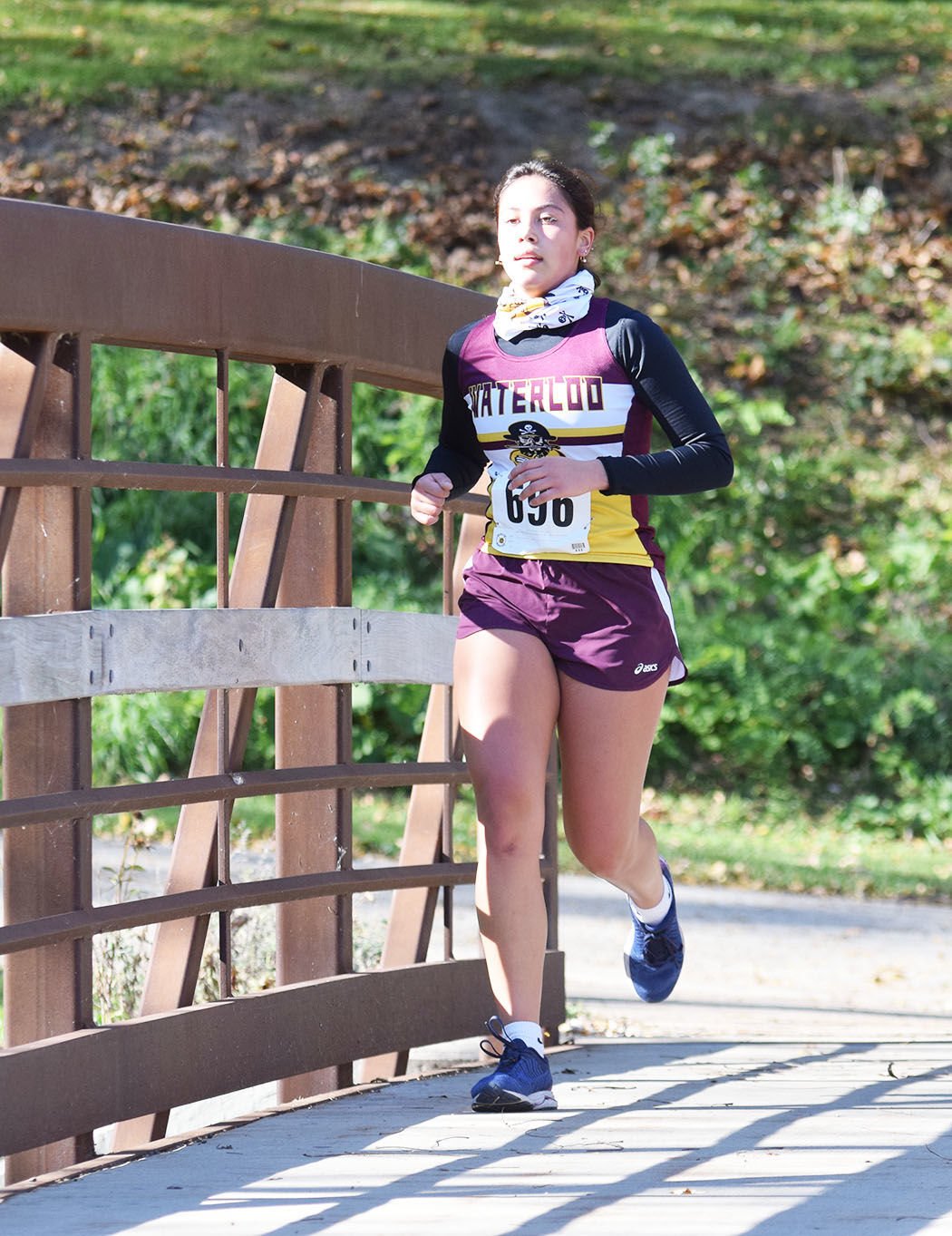 If the cross country course at Waterloo’s Firemen’s Park is anything, it’s challenging. Runners from seven schools participated in Thursday’s Capitol Conference Invitational and found out just how treacherous the 5,000-meter layout was.

“There’s a lot of turns, that’s what everybody was talking about, but it’s challenging which is what you want to do to the runners at this portion of the season,” said Waterloo head coach Gabe Haberkorn.

The Deerfield/Cambridge boys and Lake Mills girls claimed team titles in what was deemed an invitational, as the Capitol Conference is not sponsoring a conference meet this season as not all the league’s teams are competing during the COVID-19 pandemic.

Andrews, one of only two Marshall girls competing, covered the 5K course in 22 minutes, 40.23 seconds to finish in seventh place.

“Mya and our other senior girls have really been such leaders; the girls team is really such a cohesive group and they are so supportive of one another, and that starts with your leaders like Mya, Jazmin (Antonio Reyes) and Maeve (Hall),” said Marshall head coach Laura Grossman.

“Isabella had a great race, too. She improved her time by almost 30 seconds from the last time she ran the course,” Grossman said.

Added Grossman: “We are hoping all of the girls are going to run next Tuesday at subsectionals. … Hopefully everyone is ready and that this will be the first time this year that we have a team score.”

The Marshall boys actually tied Lakeside Lutheran with 112 points, but earned the tie-breaker as they had a sixth runner while the Warriors only raced five. Freshman Jaxon Hornby had the highest finish as his 19:07.57 performance landed him in 14th place among 44 runners.

“Although I was hoping for third, this is about where I thought the boys team would finish,” Grossman said. “Jaxon has been a very valuable addition to the team; I always knew he had a lot of potential as a runner.”

“I can not think of a bad race he has had,” said Grossman of Grady. “Today was no exception. He ran a solid race.”

Seniors Kobe Grossman and Reece Collins will race in subsectionals, making the Cardinals much stronger.

Freshman Reina Degler, the Pirate girls top runner, was held out of the Capitol meet with a slight injury. She will compete in Tuesday’s WIAA subsectional at Albany.

“The boys team has a chance to get through to sectionals,” said Haberkorn. “We’re looking forward to it and I think we’re up to the challenge.”

Meanwhile, the course wasn’t too tough on a pair of runners who set course records. Poynette senior Katelyn Chadwick broke her own record (set Oct. 1) by over 27 seconds with a winning time of 19:18.89, while Deerfield/Cambridge’s Zach Huffman crushed the previous mark of 18:33.97 set by Poynette’s Tucker Johnson with a 17:56.97 clocking. Johnson finished second in 17:58.56.

Waterloo ran in Tuesday’s Division 3 Albany Subsectional and qualifiers from there moved on to the sectional at The Prairie School in Racine Saturday.

Marshall competed in the subsectionals as well Tuesday in Poynette. From there qualifiers move on to the Division 2 Winneconne Sectional Saturday.

“There’s a lot of turns, that’s what everybody was talking about, but it’s challenging which is what you want to do to the runners at this portion of the season."